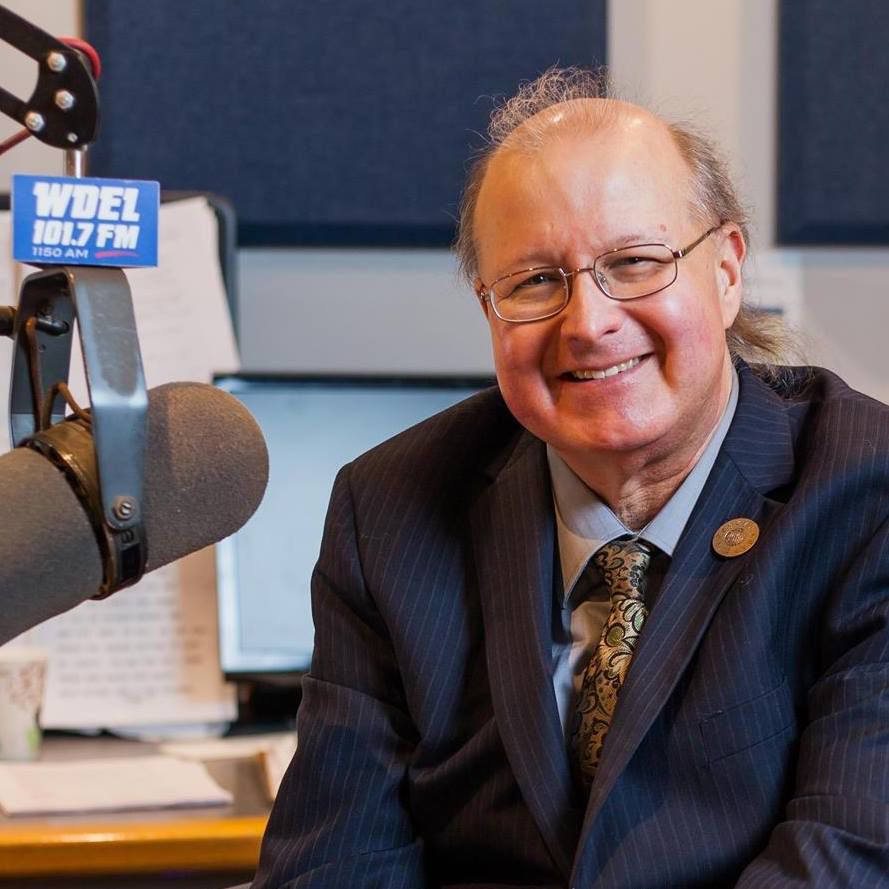 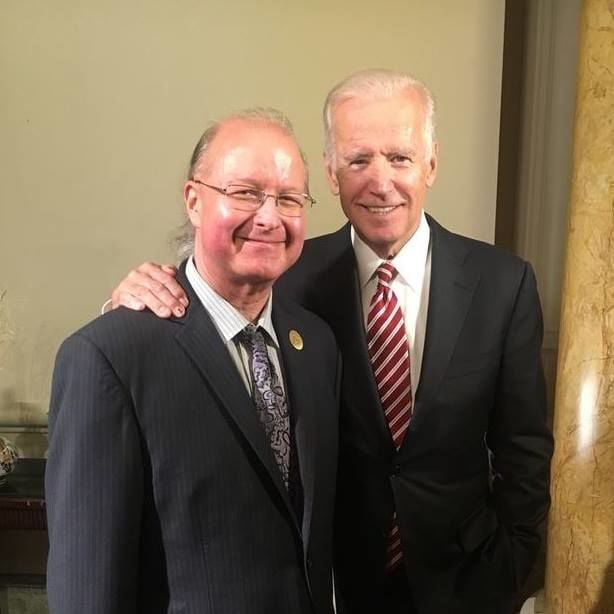 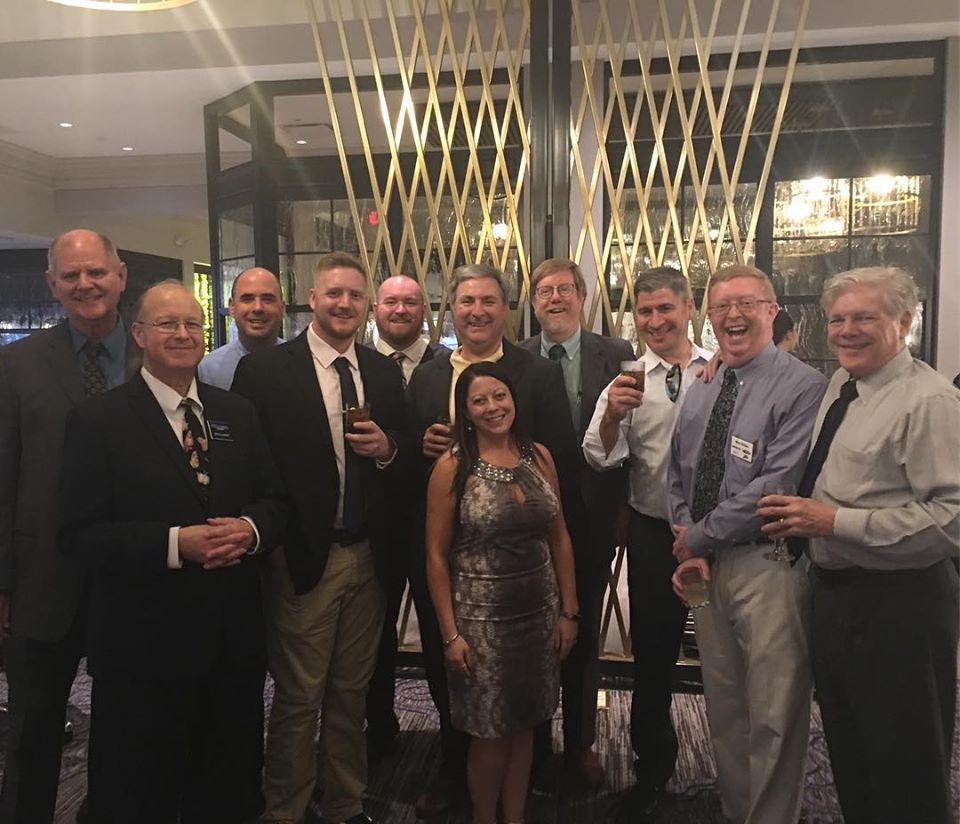 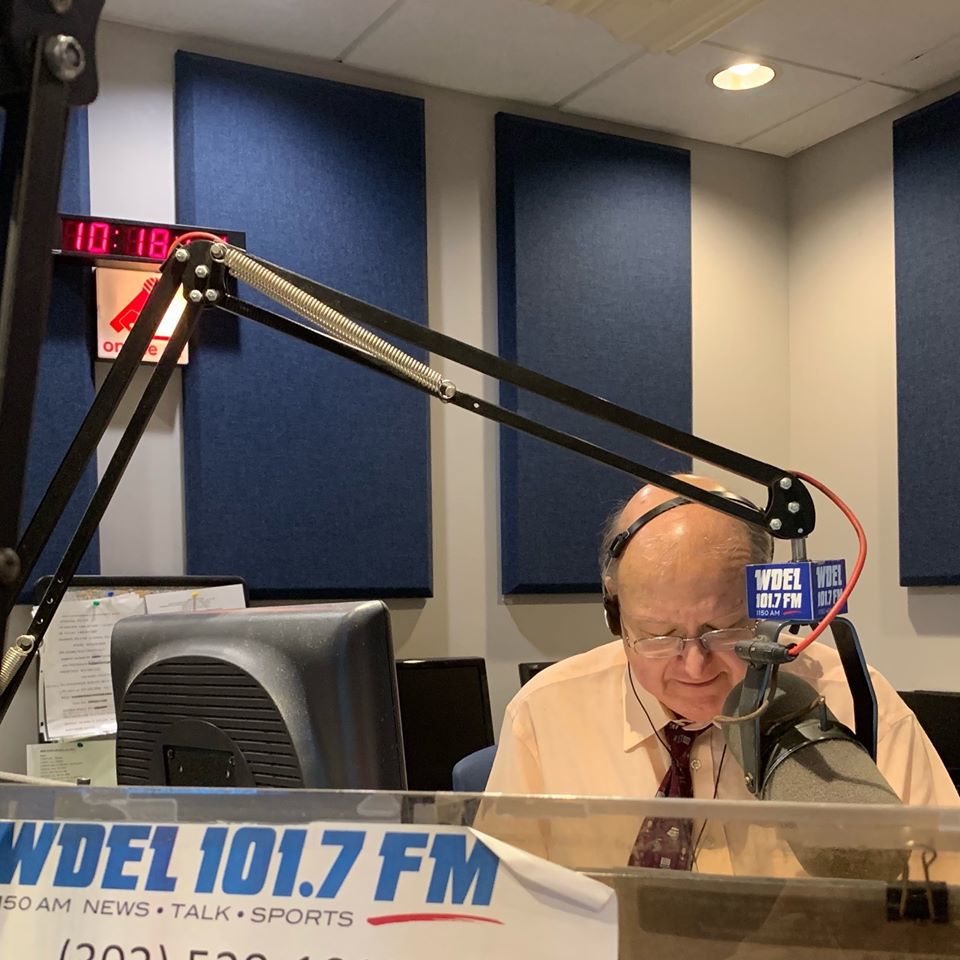 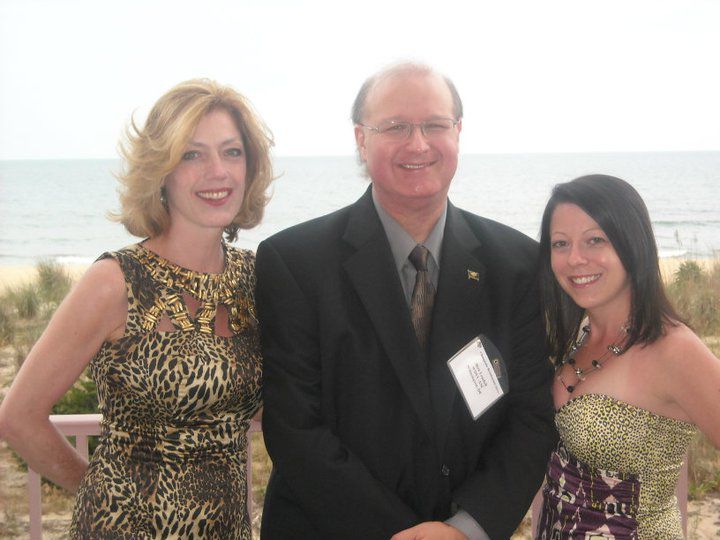 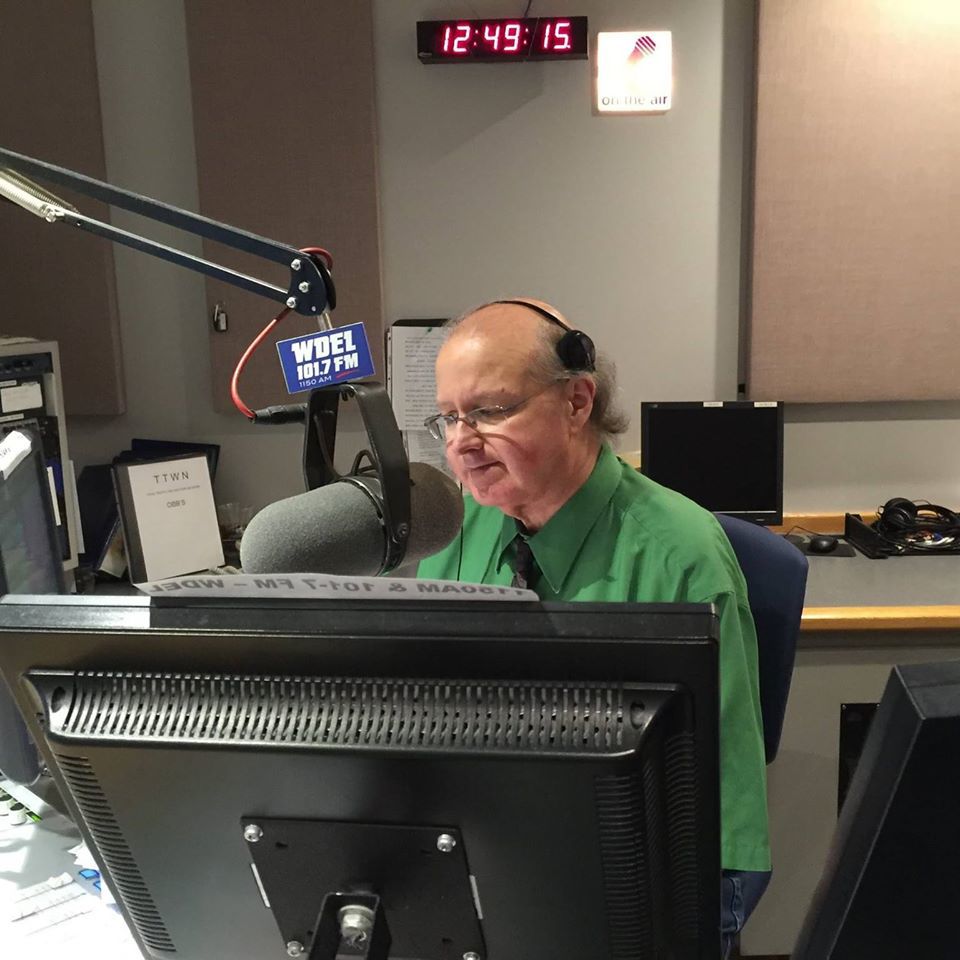 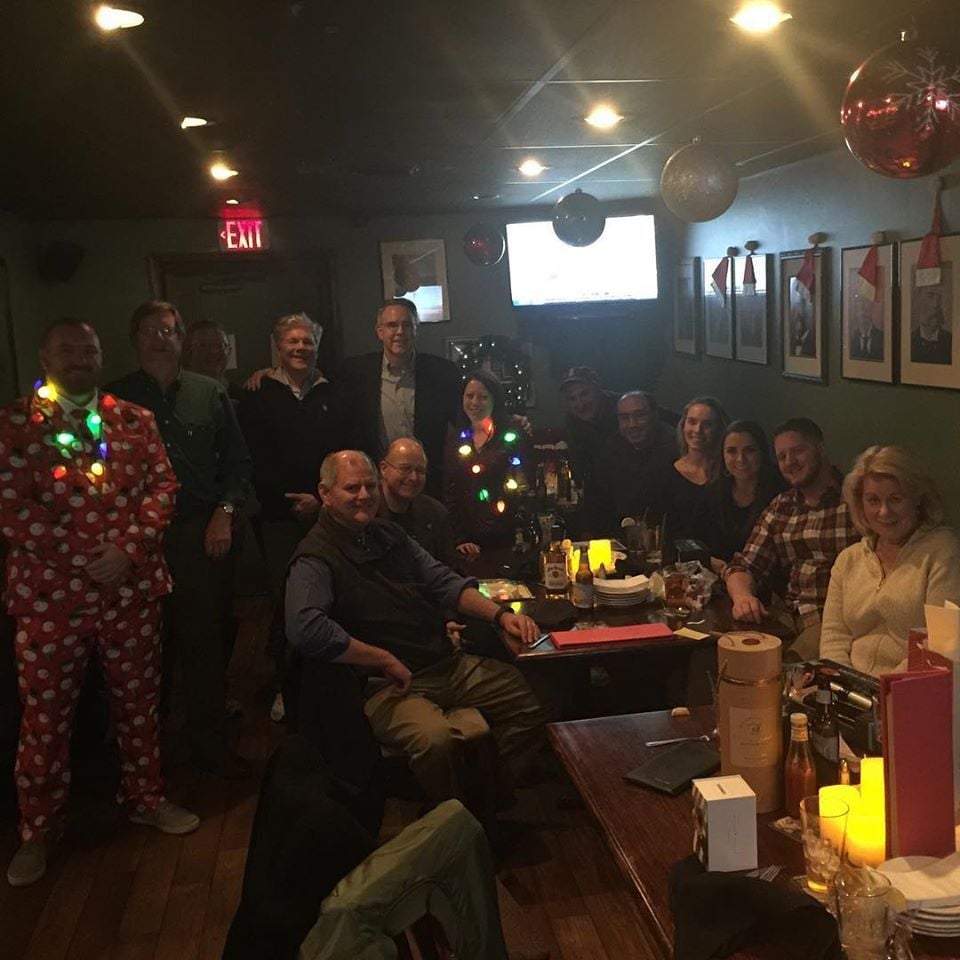 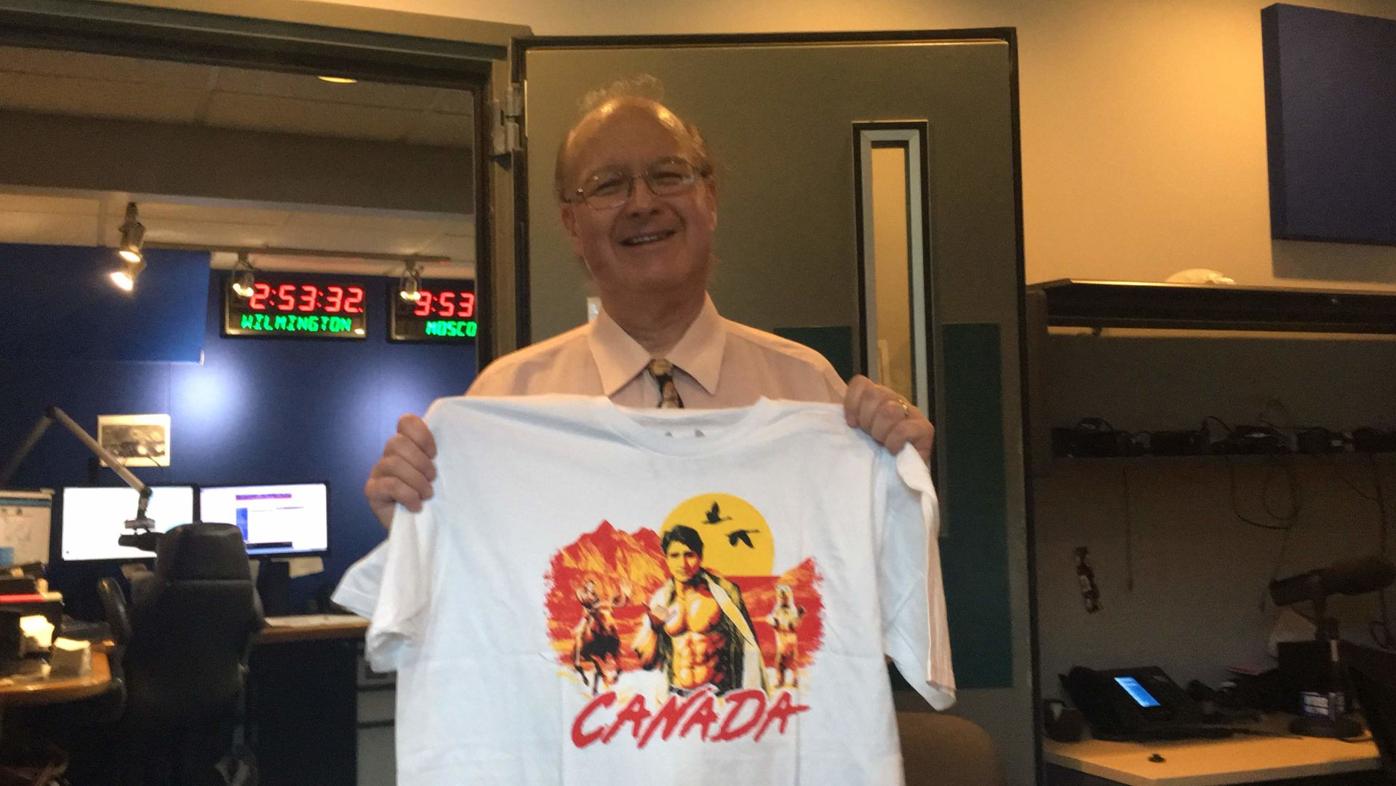 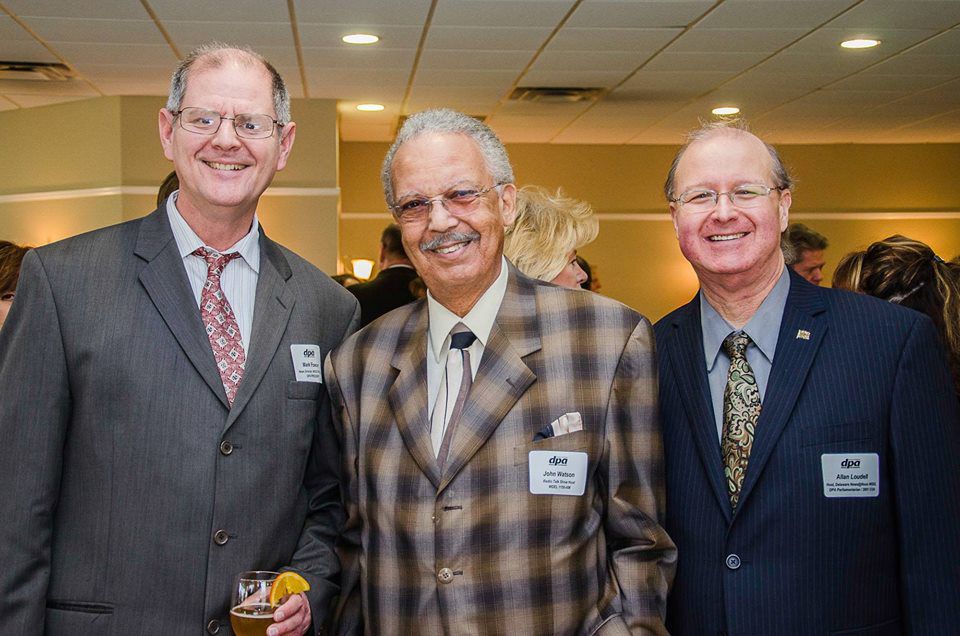 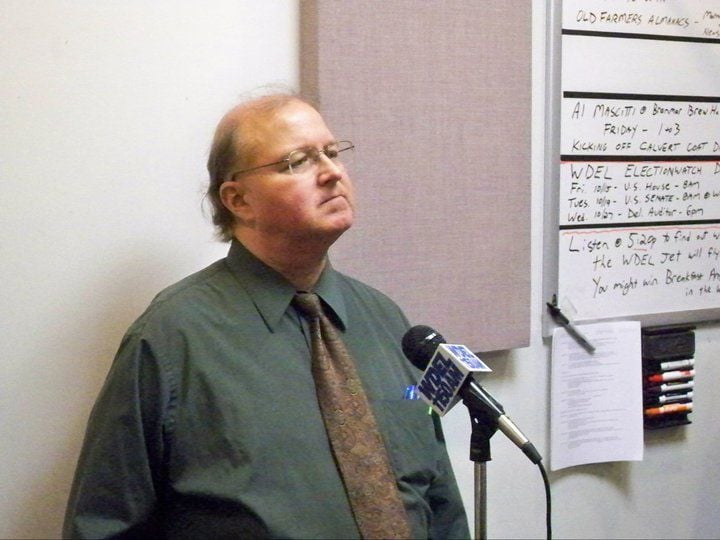 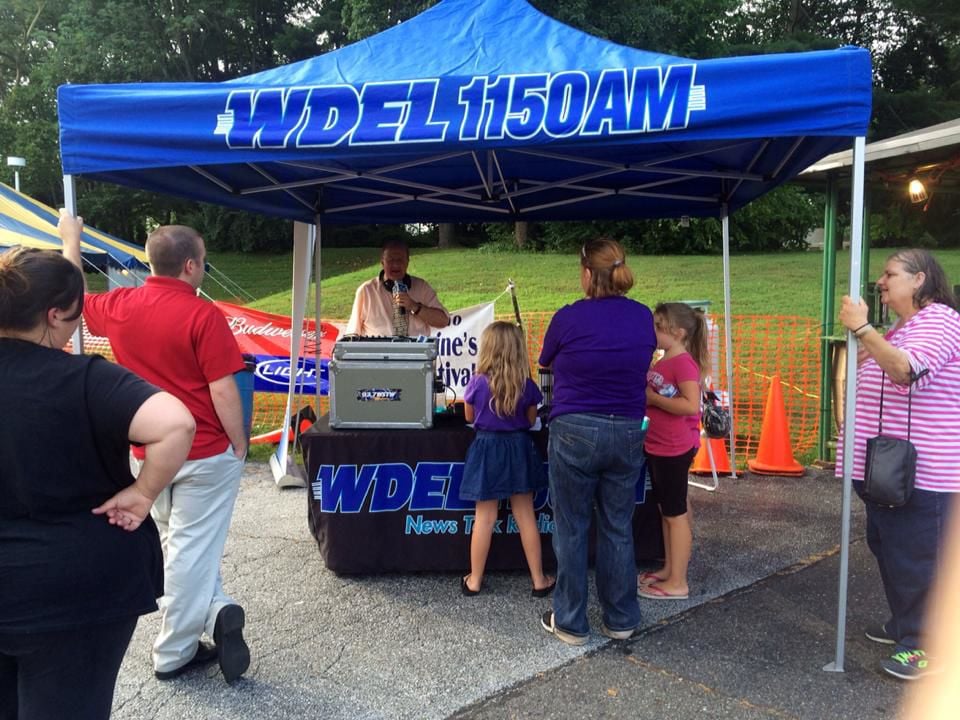 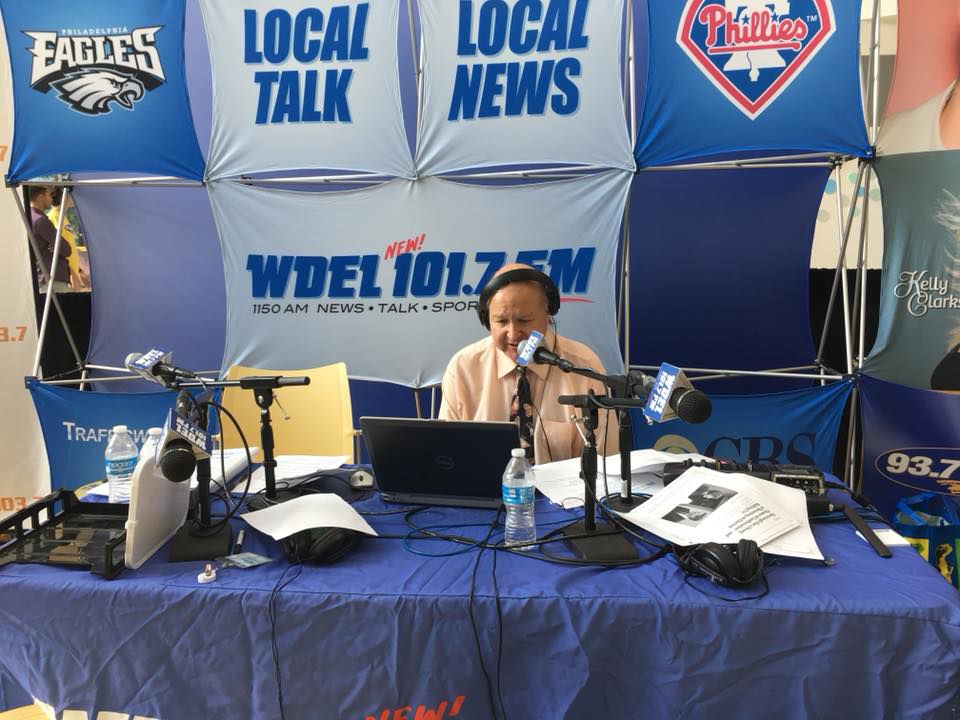 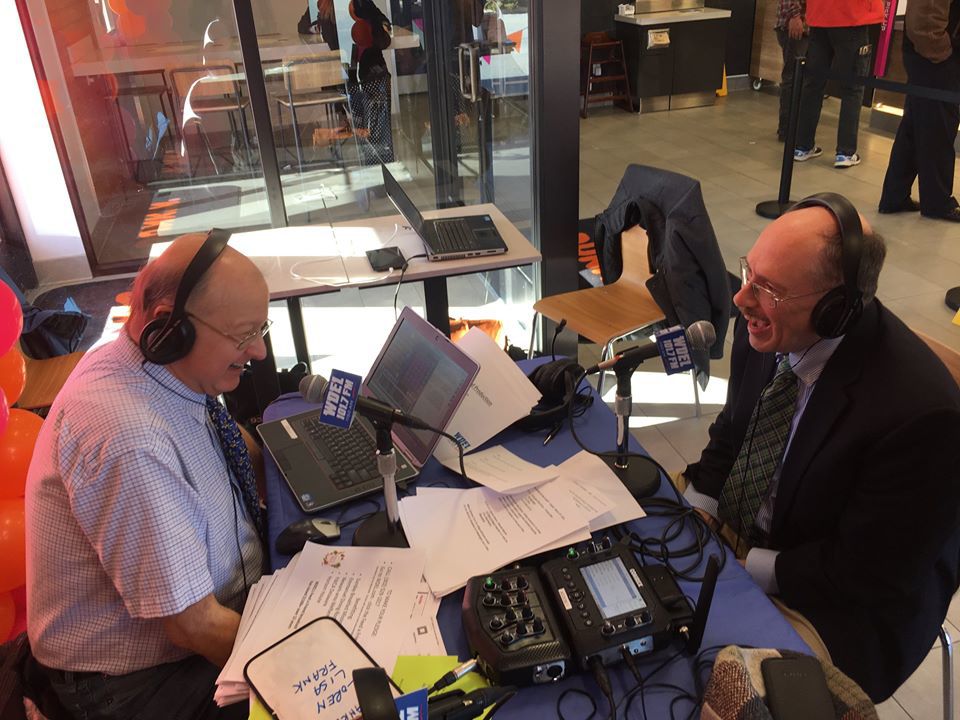 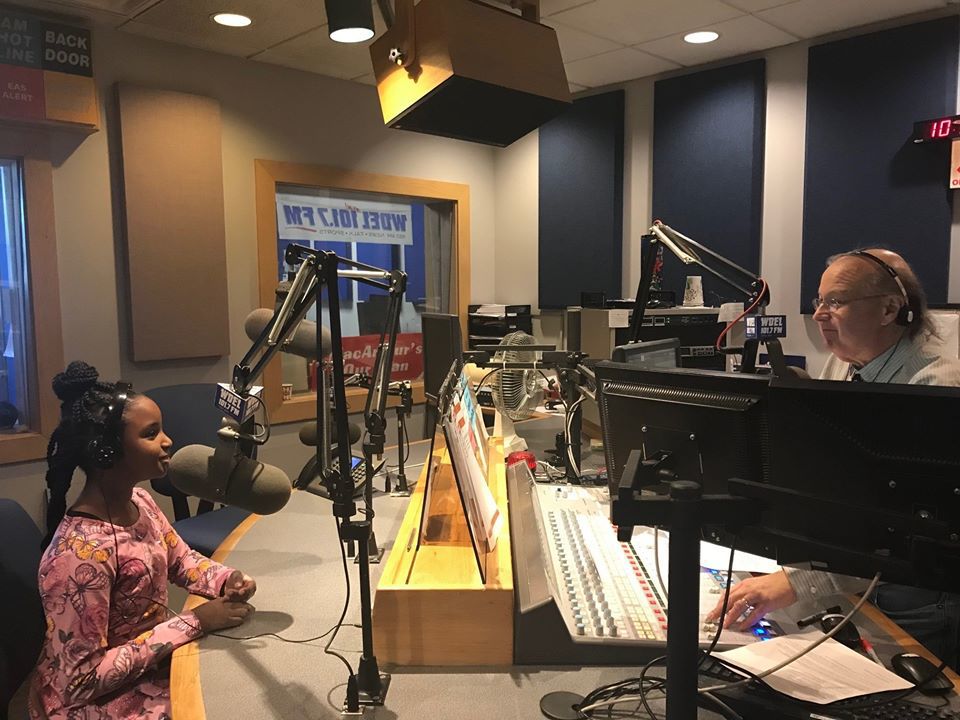 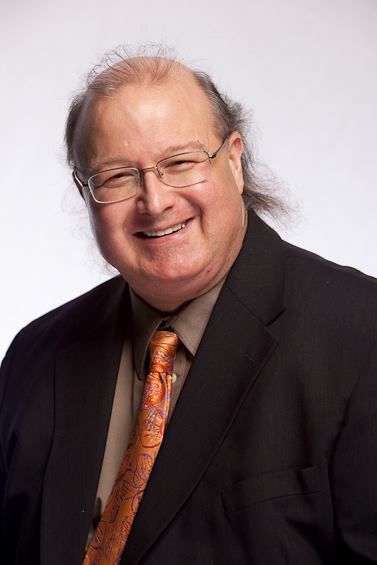 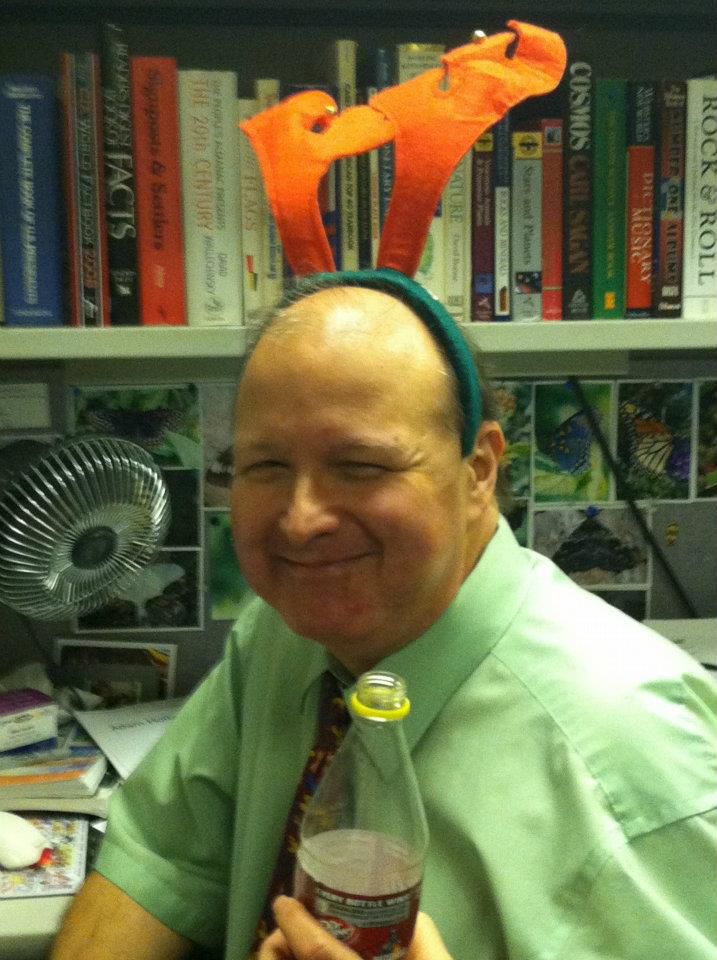 Longtime Delaware radio newsman Allan Loudell has died at the age of 64.

Allan was born in the Chicago suburb of Western Springs, Illinois, where he grew up and attended Lyons Township High School--where he would be inducted into the school's Hall of Fame in 1996. He went on to study communications at the University of Illinois at Urbana-Champaign, graduating in 1977.

Allan joined WILM Newsradio in Wilmington in 1987, working there for 18 years as Program Manager before joining WDEL in 2005, hosting morning and afternoon magazine-style programming during his time as an anchor and host before his departure in 2020.

"Allan was someone who was admired and respected, and by far the most interesting person I've ever worked with," said Chris Carl, Director of News & Programming for WDEL-FM/AM. "From his knowledge about news and current events to his varied hobbies, you always had an interesting conversation with Allan. And he truly cared about radio and the news profession."

A consummate professional and kind soul, Loudell gained the respect of everyone with whom he crossed paths, particularly those he would interview on-air.

"I'm very sad to hear that Allan has passed away. I tell people that, in my 30 years of public service, I've developed a list--just a personal list of good guys and gals, people that were really good to work with," said Governor John Carney. "Allen was one of those guys who knew the issues in a very, very detailed kind of way. He was always very fair about his questions. He always covered his subject matter in a way that most reporters didn't. And he used the radio media as a way of communicating, and having public officials like myself communicating, with the people that I worked for, the people in northern New Castle County. I particularly liked his show DelAWARE, because...he did, in very intense kind of way, various subject matter that got below the surface and really focused on some of the underlying causes of a particular issue. And he was just a really interesting guy and a very real gentleman I think and, and I enjoyed being with him, I enjoyed being on his show. Even when a question was one of those kind of questions intended to kind of force you to to be maybe where you wouldn't want to be, in terms of an answer, he did it in a way, with a certain amount of respect for the process and respect for the position, whether it was when I was lieutenant governor, as a member of congress, and then more recently, as governor. I know that the people in the WDEL, WILM listening area here in northern New Castle County and, actually, across our state now will miss his programming, will miss him as as a media person, and it's sad to hear that he's passed."

He had a deep passion for instilling his own love of journalism into youths interested in the field. Loudell founded the Suburban High School Radio Network, hosted high school journalists during his time at WDEL and WILM, covered the Gulf War, Soviet coup-attempt, and was a master at elections coverage. He grew a stable of local, national, and international journalists around the world to cover news in every corner, earning the moniker "Man of a Million Sources" from Delaware Today in 2011.

Senator Tom Carper remembers Allan Loudell from both his days as governor and currently, as …

"Allan Loudell was quite possibly the quirkiest man I've ever met and always the smartest guy in the room," said WDEL Assistant News Director Amy Cherry. "He was an expert interviewer, loved a good game of trivia, but really truly loved radio and adhered to the highest journalistic standards. We're like a family in the newsroom, and we'd poke fun at Allan, and he'd always respond with a phrase we came to love: 'Too much frivolity!' But you know, he loved it. The last time Allan and I spoke we talked about how we didn't know when we'd see one another again, but we looked forward to the day, and I'm sad that day will not come. During that conversation, I thanked him for how much he's taught me over the years, and to my surprise, he thanked me too for 'all I had taught him over the years'--a stunning compliment I'll treasure from someone who's my senior and far more accomplished. He deserved to teach a lot more people about a lot more things, and he'll be sorely missed."

"Allan was an institution in the state of Delaware, and he will be sorely missed," he said on Twitter. "Allan cared deeply about our state, and he threw himself into the issues that mattered most to Delawareans. He was a trusted and respected local voice whom generations of Delawareans relied on to keep us informed about our state and our communities. Allan also appreciated the big picture; he discussed everything from foreign affairs to scientific breakthroughs on his airwaves, keeping his listeners both informed and entertained.  Most importantly, Allan was a good man. He was a friend to everyone he met, and he personified Delaware’s pride in community. I'll never forget the many times I'd see him at parish festivals and working with student journalists."

One of Loudell's most beloved summer activities was a year-round feature on his show at WDEL, his "World Famous" trivia game, which he would take to church carnivals and ethnic festivals when the weather got warmer. He would often ask difficult questions that would stump even the most knowledgeable trivia buffs.

"The breadth of knowledge Allan maintained on politics and history was nothing short of stunning to me," said WDEL Breaking News Reporter Mike Phillips. "It was superseded only by his passion for radio, and as a host on WDEL he was able to combine that knowledge and passion and share his insights--and those of his global contacts--with his listeners and his colleagues. I don't believe we'll ever see another like him."

He won numerous awards over his lengthy career, including from the Delaware Press Association, a national Crystal award, "Best Radio Newscast" from the Society of Professional Journalists, "Best Radio Star" from Delaware Today, the National Federation of Press Women, and the "People Helping People" award from the Delaware Chapter of People to People International.

"Allan was one of the greatest minds I've ever had the pleasure of knowing, and his presence in the Delaware community--and journalism as a whole--will be felt for a long time to come," said WDEL Digital Editor DJ McAneny. "Allan knew everything about anything--except technology. It was how he and I bonded, Allan apologizing profusely while writing out extensive notes on whatever parchment was available detailing how to navigate a browser to Facebook, and then log in. He was a man with a vast ocean of knowledge, and I'll miss being able to go to him for deep background on something for which I'm sure no one else would have even the slightest grasp, or to just chat about life. He was incredible, and I'll miss him."

Mark Fowser, who worked with Loudell at both WILM and WDEL, said his colleague was without peer when it came to work ethic and a passion for journalism and radio.

"He would take on storm coverage, school closings and local politics with the same enthusiasm he devoted to national and international stories. If I felt myself fading, I would realize that Allan got to work before I did and most often would still be there when I'm done and, usually, I was able to pull through," said Fowser.

"Allan Loudell’s collections of world leaders’ signatures, world flags, cataloging moths and butterflies and radio reports for DX-ing--tuning in radio stations from around the world--were orbiting planets around his deep interest and curiosity of this world in general," said fellow WDEL host and office-mate Rick Jensen. "The center of this galaxy was commercial broadcast radio, which he loved and lived from high school until his passing. When young people are advised to 'follow their passion,' there is no better example than Allan Loudell. For us who were blessed to know, work and be friends with Allan, his spirit lives on."

He would even find ways to connect over things he would profess not to enjoy at all.

"Allan Loudell was the most kind, passionate, and interesting person I've ever worked with. He legitimately cared about what others had to say on the topics of the day and went out of his way to get perspectives from the high school to international level with equal care," said WDEL Sports Director Sean Greene. "He wasn't a sports guy--except for his beloved Illinois basketball squad, but it was always fun to spar with him on the merits, and then hear him talk about his latest trip or nature find. He was dedicated to his craft, and his unique perspective on life is something we will all miss."

After spending time in Memphis, Tennessee, he moved to Delaware. He lived in Bear, where he is survived by his wife, Barbara, son Michael, and daughter Allison.