Developments are expected soon on the legislative and judicial fronts regarding the future of the State of Delaware's program to convert to a Medicare Advantage plan, affecting more than 30,000 state retirees and their families.

The Special Medicfill Supplement plan would be replaced with a Medicare Advantage plan that many believe would be inferior. But, many found out about it just weeks ago.

After some of the retirees formed a group known as Rise Delaware, they went to court and have been able to obtain a stay of the Medicare Advantage plan, pending a trial that would be scheduled.

"This is a seismic shift in the healthcare paradigm for these individuals, and the state has an obligation to pay for health insurance. What they are doing is saying 'we will no longer pay for your health insurance unless you take this Medicare Advantage plan,'" attorney Jake Gardener of Walden Macht & Haran said. Gardener argued the case for the plaintiffs. The firm has had success in a similar case in New York.

Also, State Representative John Kowalko, D-Newark South said a bill would be prepared for a special session of the Delaware General Assembly this Wednesday that would give state retirees a choice if they prefer to remain with the Medicfill Supplement Plan. 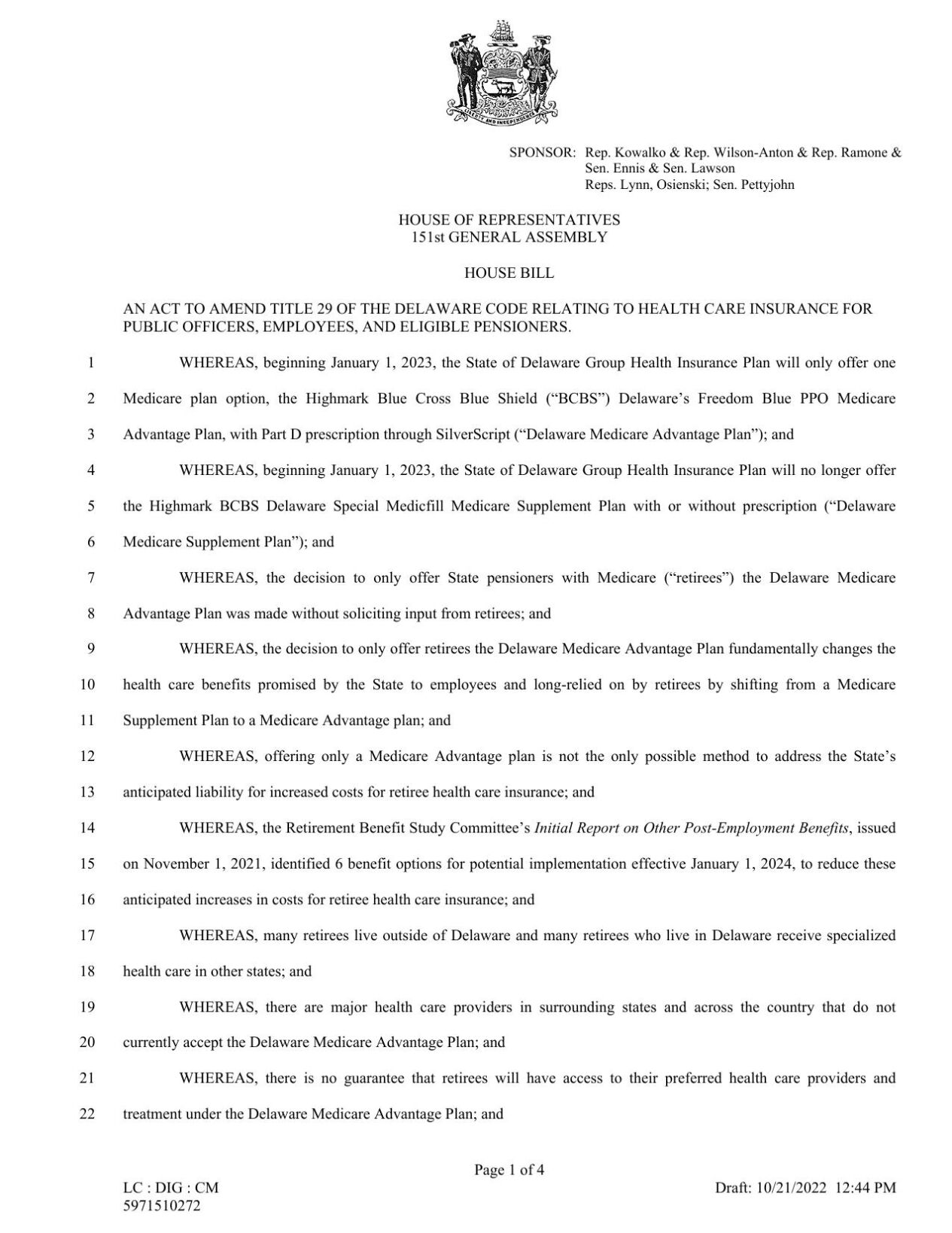 "This legislation will enable the state to comply with the court's directive and assures retirees that they will have options to prepare for their and their families' futures," Kowalko said. "If retirees choose the supplement option they will be lowering the substantial risk to their healthcare access that the Medicare Advantage privatization edict puts in jeopardy."

A Superior Court judge has granted a stay of Delaware's switch to Medicare Advantage for state retirees' healthcare, while hoping to schedule a trial as soon as possible.

Mark is a veteran broadcast-journalist in Delaware.  Mark, a Claymont native, is a former President of the Delaware Press Association and      Chesapeake AP Broadcasters Association.