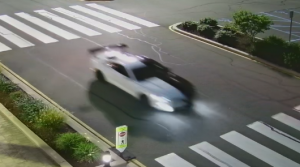 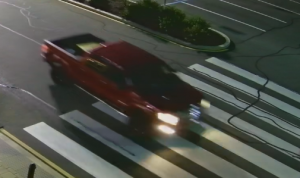 Delaware State Police are asking for the public's help in tracking down a pair of vehicles in connection with a racing incident on the night of Wednesday, September 23, 2020, that killed a 16-year old motorcyclist.

The teen, and a 17-year old girl passenger, were stopped on his motorcycle in front of the REI store at the Christiana Mall Fashion Center when they were hit by a car speeding down the fire lane.

The driver of that car fled on foot but was found later at Christiana Hospital and arrested.

The two other vehicles caught on surveillance video are a sports car and a pick up truck.

Anyone with information on the vehicles, or their drivers, is asked to contact Detective Breen of the Troop 2 Collision Reconstruction Unit at 302-365-8486 or by contacting Delaware Crimestoppers.

Delaware authorities are two months into a year-long effort to curb illegal street racing in the city of Newark.