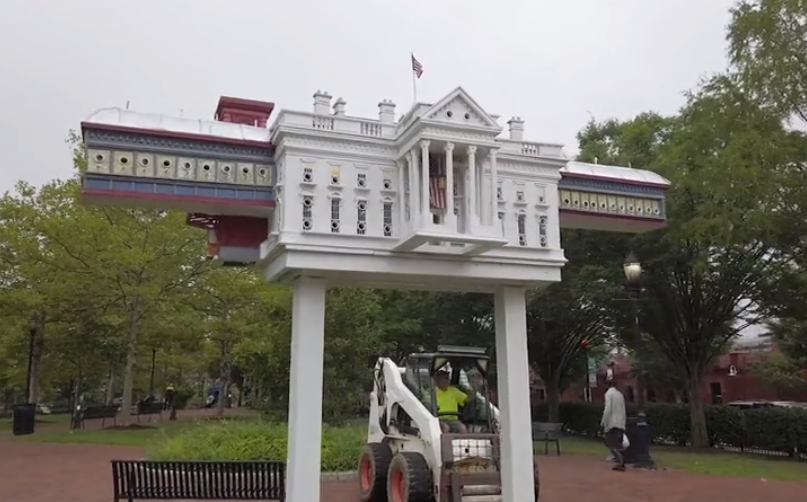 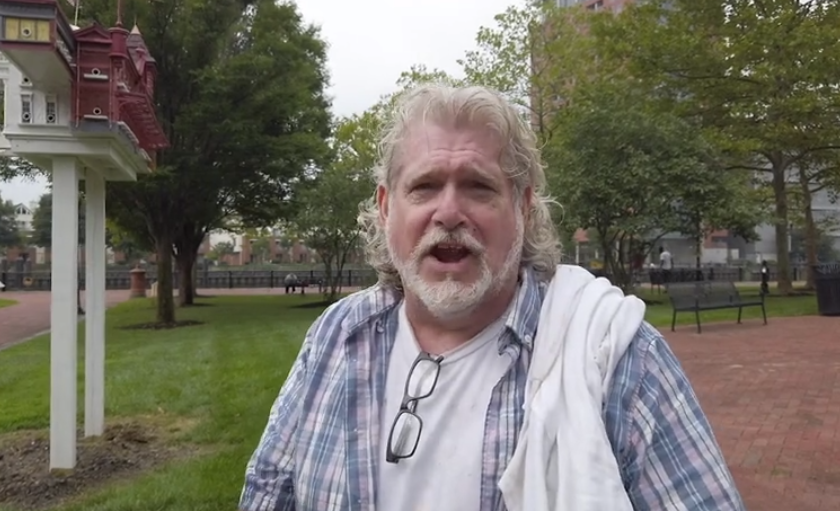 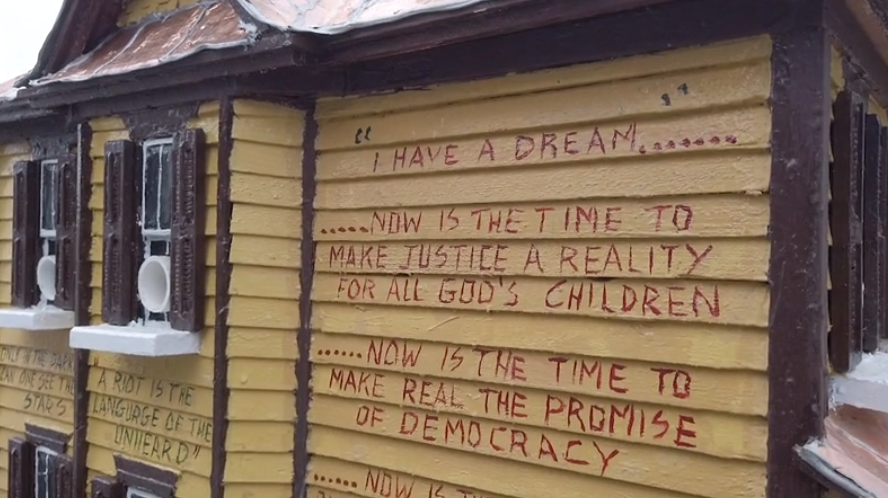 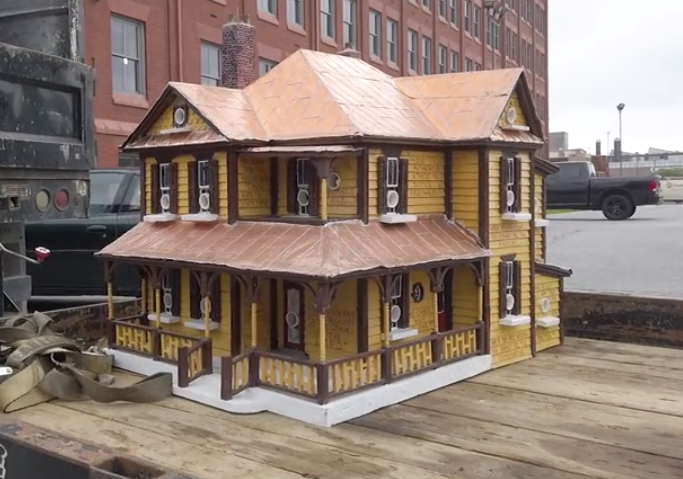 The birdhouse features the train station that bears Biden's name and the White House and was designed by artist and craftsman Tom Burke.

"Just the fact that Joe Biden took this rail road station from Wilmington Washington, D.C. for 37 years, and it represents the city of Wilmington," he said.

He'd been working on the birdhouse off and on for a few years.

"This is the best this has been, getting this thing up in the air," he said. "This is very cool."

When he first made this birdhouse, Biden was vice president.

"I would like him to come down here and give his vice presidential announcement in the next couple days," he laughed. "It's outside, and it would be great."

"I've been trying to get away from just doing people's homes and just bird houses. I want to take this to a whole other level, and there's been an awful lot of bad things going on with...anyway I thought with the Black Lives Matter...Martin Luther King... he's a special person, so I want to put more birdhouses down here that mean something. I have a Holocaust birdhouse;  I've got a couple black churches have been burned...they're not just happy little birdhouses, these are birdhouses that mean something, I think.

A Joe Biden-themed bird house along the Wilmington Riverfront, that caused quite a stir, has been removed.