TROPICAL STORM WATCH - Click here for the latest
1 of 3 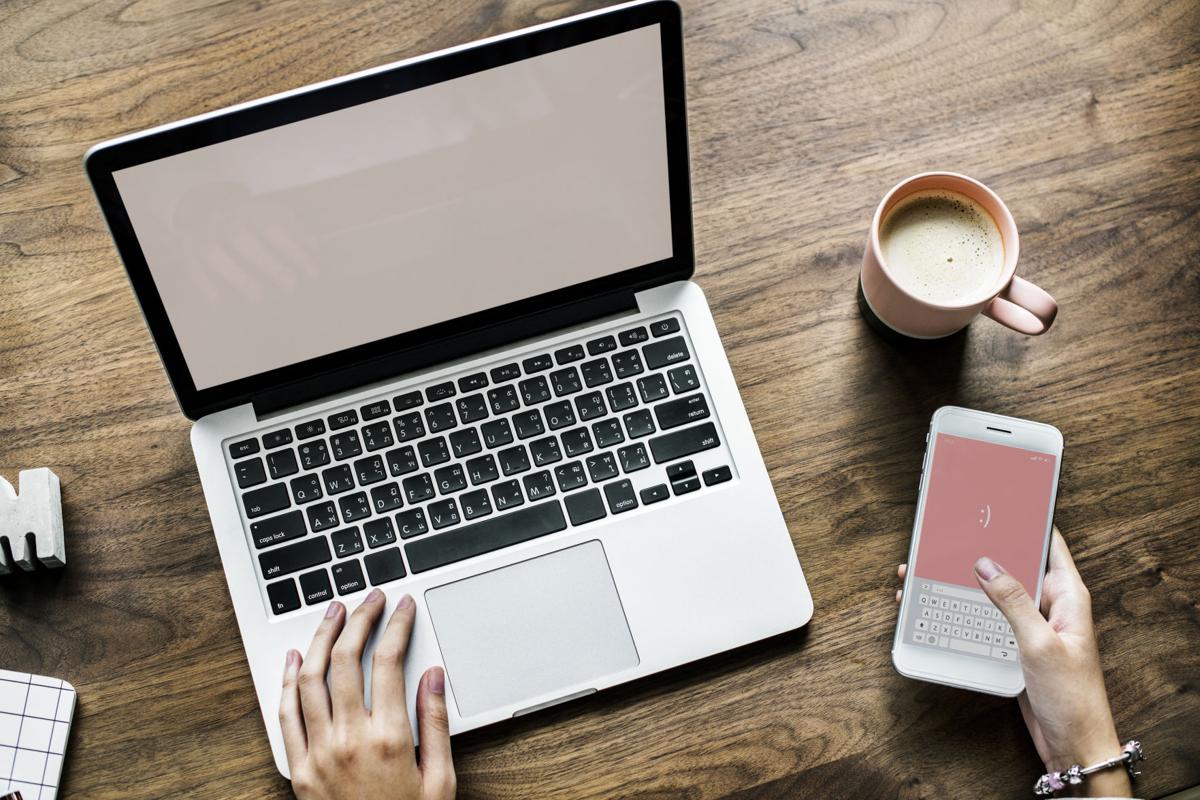 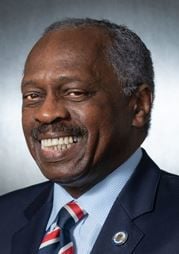 Councilman Penrose Hollins said his "beef" with his colleagues came after he had put together a detailed plan--for which he thought he had support--that required council staffers to return to the office one day per week.

Because the county council suite has individual offices for each staffer, Hollins said two to three people in the office at a time would equate to 10 percent of the workforce being present on any given day. His plan also had council continuing to work from home on Tuesdays--council meeting days-- to avoid crowding.

"I don't know how to phase it any slower than having staff work one day a week," he said. "Any staff person that had any issue whatsoever has reported that to the clerk. We have respected that," said Hollins.

To his surprise, Councilwoman Lisa Diller made a motion at an executive committee meeting on June 23, 2020, to continue working from home so long as its recommended by Governor John Carney in his coronavirus guidance.

"I really feel as a council member, we have 13 people and 13 votes," she said stressing the need for a vote on the issue.

"We vote on everything," she said.

Hollins never called his plan to a vote, because, historically, he noted council leaders don't call for a vote to "dismiss staff." He also noted he had a quorum from seven council members, including: Tim Sheldon, Dave Tackett, Ken Woods, Jea Street, Dee Durham, John Cartier, and Hollins.

"In this instance I did not call for a vote to authorize council & staff to work from home, and I do not call for a vote to dismiss staff during inclement weather or to leave early at other times. It seems a little odd and certainly unprecedented to require a vote to get our staff to return to work," he said. "There was no vote to leave, now there's a vote to get people to come back to work, which is shameful to me, and I know there's some people who are trying to figure out a way not to come back to work--that's not what I'm attempting to do here."

Diller called it "common sense" to stay the course until at least after council's regularly scheduled August break.

"A lot of staff take that time off anyway, because their council members are not necessarily in the office, and so people take breaks, and they're not around, and it just seemed reasonable, to me, that we would stay the course for the time that we would not be in the office anyway," she told WDEL in an interview.

Diller also noted though apparently Hollins claimed to have a quorum, he never called her to discuss the plan.

Hollins called the motion an "attempt to undermine the work" without providing viable solutions.

"It seems to me that what's going on here is the continuation of what I consider to be underhanded attempts to undermine the work that has already taken place rather than come up with some other solutions, but just to have an empty work-from-home policy doesn't make any sense to me at this time....what's being presented now is no less than an attempt to undermine all the work that I've done because someone happens to disagree with it. Quite frankly, I find it insulting...to continue this attempt to not ever go back, because quite frankly, someone people don't want to go back and that's very clear."

Hollins bolstered his argument, saying the COVID-19 picture in Delaware has changed dramatically since the outbreak first appeared in the state in mid-March.

"It has consistently gone down...hospitalizations [are down], youth sports have picked up, the Freeman Stage is due to open in early July," said Hollins.

He called for the motion to be denied and for council to instead move forward with his plan, noting it has flexibility.

"It's not etched in stone. As everyone knows, even from the experts, we don't know where this virus is going to go. It may peak by the end of July or it may peak in mid-July...so if that's the case, we pull back. It won't be one day a week, it will be no day a week, but we have to start some place....we will monitor the virus like everyone else is doing."

He also noted that on the executive side in New Castle County, people are working in-office two to three days per week, and the City of Wilmington planned to begin phasing in staff next month.

Diller said other legislative bodies have taken into account the governor's recommendation that those can work from home should continue to do so.

"We're not talking about behind behind any other legislative body. We actually have been out in front of this; we have paid and put technology in place for council members and staff to work basically from anywhere. Neither one of these buildings, where there are legislative bodies that meet will be open to the public during this time," said Diller. "All of these legislative bodies are continuing virtual meetings. I really see no reason to change things, and frankly, I think this idea that people aren't 'working' when they're at home is really doing a disservice to our staff members. I've been working from home on-and-off since 2006, once you get a home office setup and once you have what you need to do your work, you can do it from home."

Hollins said his plan is not an indictment on working from home.

"No one said that working from home couldn't be done--we've done it very well, but I've said all along that at some point we would plan to phase in, very slowly."

"I hardly think this is a dereliction of duty when I'm right in the area where my constituents live," said Diller, who lives in Newark.

"We haven't discussed among council, at all, what we're going to do in the common areas; we have bathrooms; we have elevators; we have the lobby; we have the garage; we have all sorts of things where there's going to be multiple touching, and we, I think, need to make sure that we have defined how all of those areas are going to be worked out so that we're not cross-contaminating."

She said any plan has to take into account a plan that protects all.

She also questioned council's decision to continue to work from home on Tuesdays.

"We're off on Tuesdays so we don't have to hold council meetings within that building, and why if it isn't safe enough for us to go back into on Tuesdays and go to our office and hold meetings, why is it safe enough to send our staff back in?" she asked.

Hollins argued on Tuesdays, there's no way social distancing guidelines can be met.

"That defies common sense. The fact that I said any of the aides that had any issues whatsoever has reported those concerns, including child care, including elder care--we've taken care of those," he said. "All of this, really is imaginary...the elevators are still three people...there is no public in the building; the city is not planning to bring any public into the building...so to suggest that there is no plan on any of these things is almost to say that everything that the clerk has put together, please read it, it's the most detailed re-entry guideline that I think any government is ever going to get," he said, "It's not like somehow that we haven't put anything into this; it's not like it's a rush...how is a rush back in for folks to work one day a week?"

"We can go back; we cannot go back; businesses are opening and there's a risk there. We are just now ramped up with the data...it will take us a month or two to really see what that data is telling us and what that trend is," he said. "It's important that we use that, and since we're paying to get all of this data collected, that we actually make a really thoughtful database decision on this, evidence-based policy is what we should be doing when we consider the risk out there."

Hollins pointed out guidelines from the governor do not state that employees of businesses "cannot" return to work.

"Who knows if the governor would ever remove from the guidelines not to work from home. So it seems to me that, certain council members are more concerned about finding a way not to go back to work as opposed to finding a safe way to go back and serve the public--who pays our salaries by the way--and that's what other governments are doing," he told WDEL in an interview.

Carter said it made more sense for council to come back from its August break and then implement Hollins' policy, or an even stronger return policy, if the data supports it.

"I do see merits in us trying to reopen and set that example, I also see merits in us holding off and responsibly using the data," he said, "We do need a plan; we do need to set a date; we do need to get back--whether we do it now or we take a little bit more time to get a trend out of the data that we are very intensely collecting. I think we're doing about somewhere from 500 to 1,000 tests a day right now, five days a week, that's going to be a really pretty robust database in a few weeks, and it just makes sense to be able to use that."

She also wasn't willing to put an end date on working from home, but said she'd be "open" to the idea of moving forward if the state were to enter Phase 3, though that's been put on-hold indefinitely due to rising COVID-19 cases.

"I think it's going to depend on whether Delawareans help bring down the number of cases," she said.

"I accept the will of council even though I find it shameful," said Hollins.