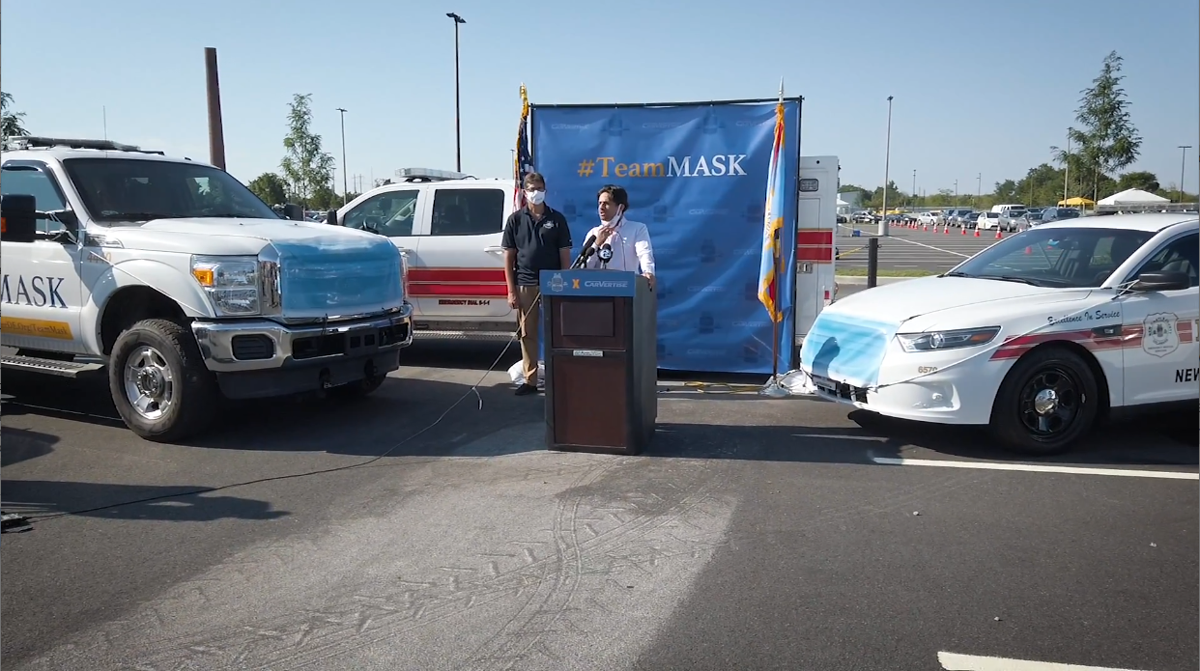 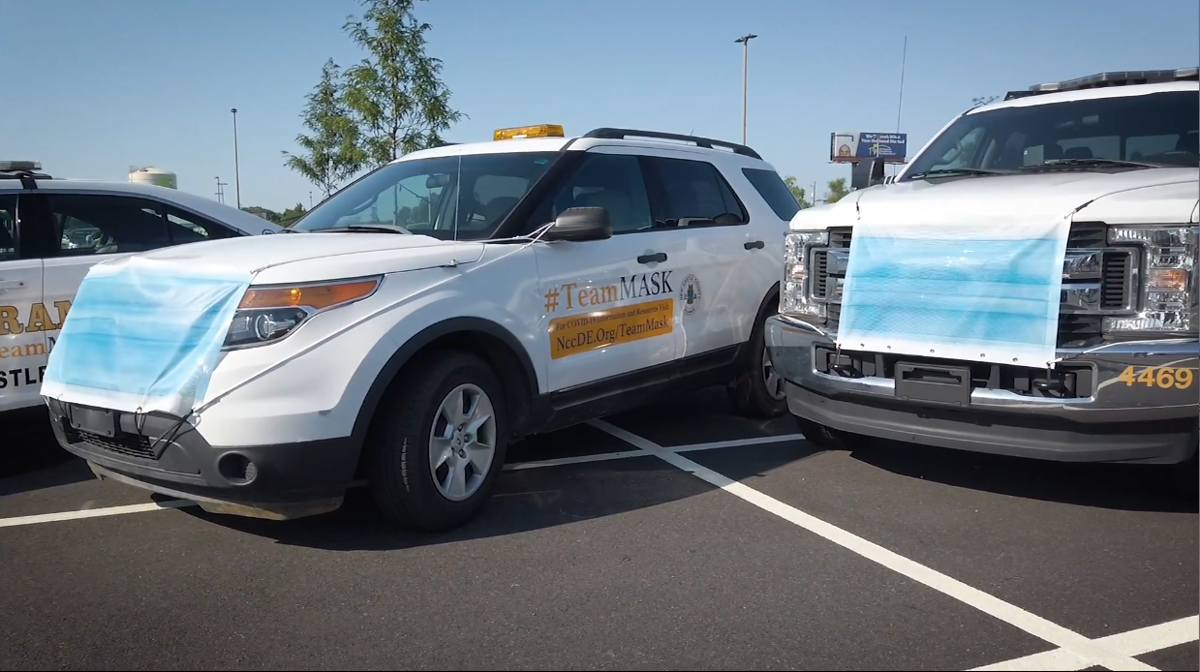 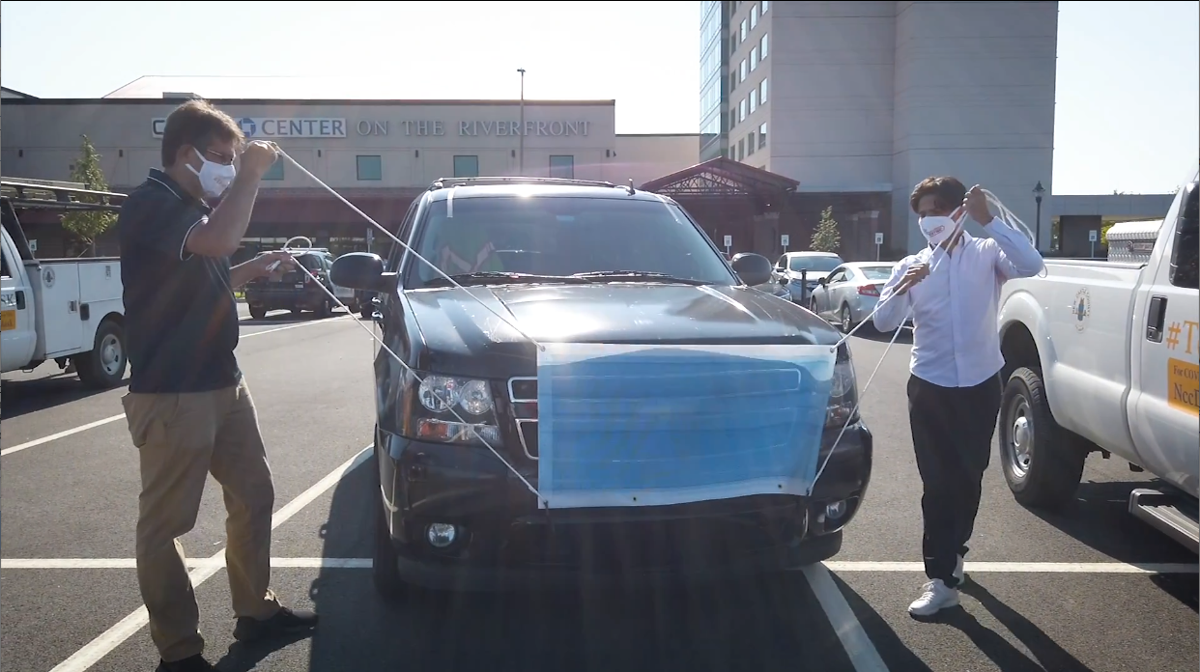 Residents of New Castle County are going to start seeing some new modifications to the county vehicles spotted out on the roads or making appearances at public events: face masks.

Using $7,770 in CARES Act funding, New Castle County has entered into a partnership with locally based Carvertise to help promote the message of wearing a mask to prevent the spread of novel coronavirus COVID-19.

"Public health safety messaging is going to be a large priority," said Mac Macleod, Carvertise CEO, at an event at Frawley Stadium on Wednesday announcing the campaign. "Knowing the administration, they like to be creative, they like to be bold, they like to be resourceful, they like to do things that other county governments are not doing. So, we hopped on the phone with Matt and [his team] and they wanted to be the first county government in the United States to leverage their own fleet, turning them into models of messaging; vehicles to help curb the spread of COVID-19."

The county will wrap 11 vehicles, including paramedic and public works trucks, in 3D "surgical face masks" wrapped on the front bumpers promoting the #TeamMask message.

"These are vehicles that are going to testing sites; they're going to construction sites; they're going to parks and recreational sites...[vehicles] specifically requested from public works [with] the highest exposure to the public, and that is a combination of both driving mileage and parking exposure. So, over the course of the next three months to come, you'll be seeing a ton of face masked county vehicles driving up and down through and across the county."

Macleod said promoting a message that follows the recommendations of science is paramount, and he hopes to get more people on board with something fun and eye-catching.

"I encourage you, when you see it, take a picture of it. Use the hashtag," he said. "#TeamMask. What team are you on? We stand for science. That is the message that we wanted to promote."

He also praised the Meyer administration for the partnership, saying it's evidence of the Executive's commitment to creatively caring for the citizens of New Castle County.

"What we're doing here today is being highly symbolic of the Meyer administration at large," Macleod said. "Just being resourceful, being creative, problem solving in ways that you never thought before. We're getting attacked by a problem that we've never seen before, and instead of doing the tried-and-true, using the old playbook, sometimes you've got to elevate the bar, and this level of creativity and resourcefulness that we're seeing out of the county is second to none. And I think that it says a lot."

New Castle County officials want the community to help lead the way in innovative approaches to build back better in a post-COVID world, and t…