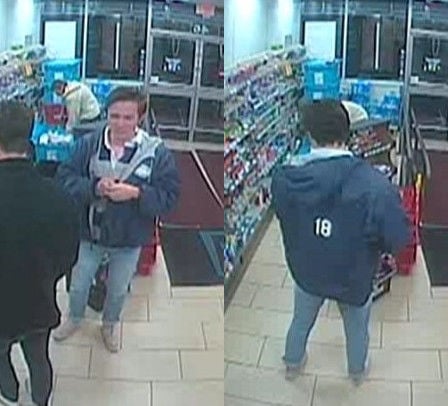 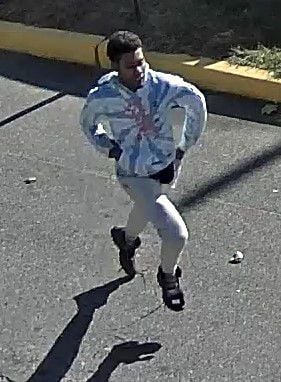 Newark Police released photos Monday of two different suspects tied to two separate thefts in the city over the weekend.

In the first incident, a white male between 18 and 22 years old wearing a blue jacket with the number "18" on it, a thick-striped black and grey polo, blue jeans, and white sneakers, stole a clock emblazoned with the 7-Eleven logo from the convenience store in the unit block of East Main Street around 1 a.m. on Saturday, November 16, 2019.

The second incident occurred around 11:30 a.m. on the same day, when a black male between 20 and 25 years old, standing about 5'8", weighing roughly 150 lbs., with short curly hair and a blue hoodie with roses on it, entered the AT&T store in the 100 block of East Main Street and stole a cellphone.