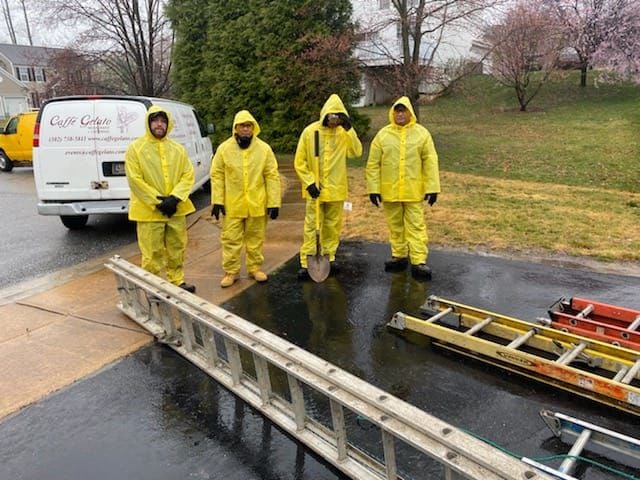 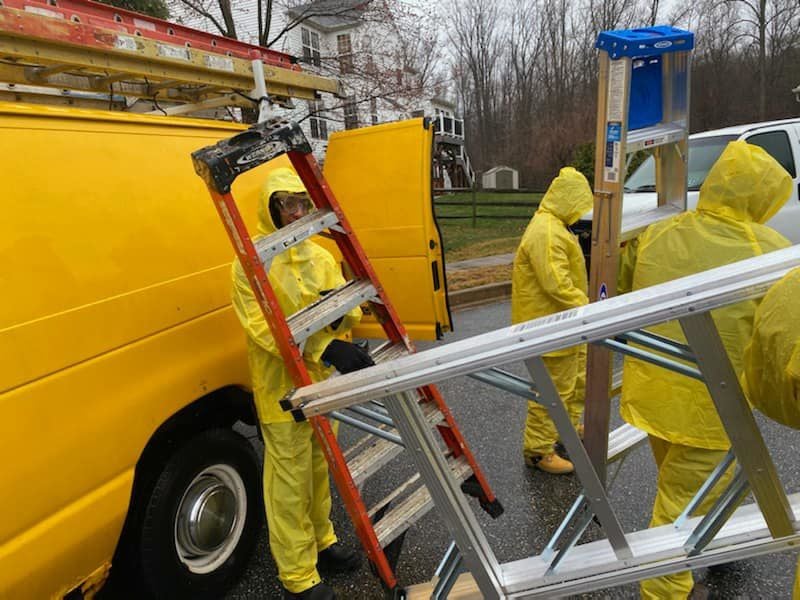 In the midst of a global pandemic, a lot of vulnerable economic drivers in Delaware have been faced with hard choices.

Ryan German is one such small business owner, but his experience during the novel coronavirus COVID-19 outbreak has been somewhat unique--German has been able to keep all of his dedicated, hardworking staffers gainfully employed.

"I was watching football once and there was an Eagles wide receiver and he asked, at the time, coach Chip Kelly, 'What's the plan?' and Chip Kelly said 'Score points,'" German said. "I got a text message from one of our staffers that was very similar. It was like, 'What are we going to do?' and I texted back 'We're going to work.'"

German has owned Caffé Gelato Restaurant and Catering in Newark for 20 years, and he noticed things were getting worse for business when groups began canceling reservations.

"The first thing we noticed were corporate events cancelling," German said during a conversation with WDEL's Peter MacArthur on Del-AWARE. "We started getting calls even before March Madness, before the basketball tournament was officially cancelled. We were getting calls from law firms and from businesses saying, 'We're not going to have our March Madness party this year. The party is is cancelled.' So I think at that point we were just thinking, 'Boy, there's going to be a lot less catered events, there's going to be a lot less catering.'"

Nearly one month ago, Governor John Carney banned dining in at restaurants as part of his State of Emergency aimed at stopping the spread of the contagious respiratory illness. The move devastated the restaurant industry and sent thousands of workers to file for unemployment.

German feared his workers would join them if he didn't start thinking outside the box. So he called up his younger brother, who owns a house and deck power washing and painting business, for a little inspiration.

"I said 'Hey, you know, I think that we're going to have to go back and paint houses'--and that's what we've been doing. I think our staff has been really responsive, we wanted to keep food going. Food's my passion, and we have a really, really good staff. Obviously, that's our biggest assets, and we wanted to keep our staff working. But to do that, we needed some extra income to make sure that we didn't have to lay anyone off."

It had been a while since German had been in the painting business, but his employees, who've played an integral role in keeping his business strong for the previous two decades, were in need of his innovation during a scary time.

"It's been just about exactly 20 years since we opened on April 10, 2000. I thought that'd be the last time I had to pick up a paintbrush and paint," he said. "In the pandemic, we wanted to make sure that everyone working in Caffé Gelato could keep working to maintain their wages and provide for their families. We knew we wanted to keep doing the food, because we thought, 'Okay, if we can deliver food to people's houses, they can shelter in place better. If we continue doing food, we could still deliver food to front-line health care workers...We've donated many meals to ChristianaCare and to Wilmington Hospital. We'll start with A.I. duPont this week, and a little bit to St. Francis, but to keep those open we had to do some house painting also. I have to say the staff's been great. Everybody's been working pretty hard and the community has embraced it. They've called us and given us a lot of business which we really appreciate."

Staying focused on the end-goal has given them the drive to remain open and working hard even in these trying times. And, as they keep the restaurant business open on the back of extra house work, they've been giving back to the community that's propping them up. For every meal purchased, German's Caffé Gelato has been donating an equally valued meal to someone in need.

The efforts began with most restaurant employees moving to the home upkeep business while more than a dozen people went around handing out flyers advertising both the house painting and deck washing business, and also the home food delivery service. Now:

Outdoor dining has been a rare bright spot for Delaware dining establishments trying to survive pandemic restrictions, but for one Newark rest…