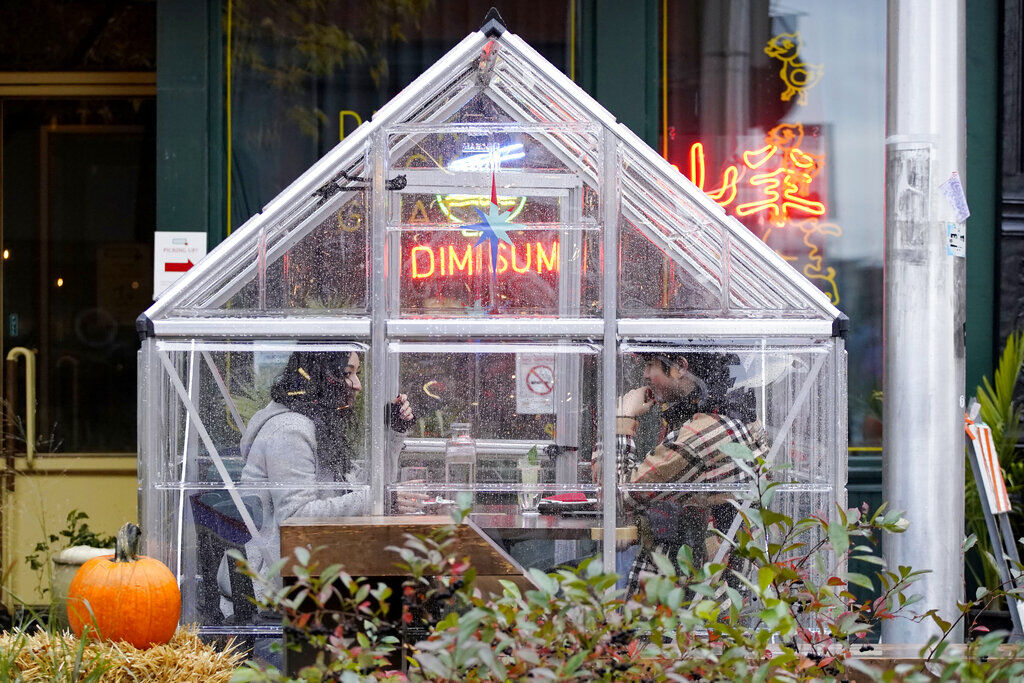 People eat in a greenhouse structure at Duck Duck Goat restaurant on Fulton Market in Chicago, Sunday, Oct. 18, 2020. Colder temperatures are providing a new challenge for restaurants during the coronavirus pandemic, but there's a solution being developed in Fulton Market. (AP Photo/Nam Y. Huh) 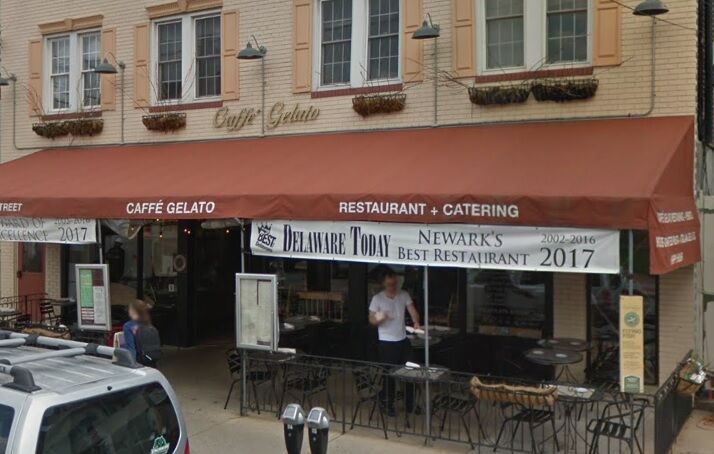 People eat in a greenhouse structure at Duck Duck Goat restaurant on Fulton Market in Chicago, Sunday, Oct. 18, 2020. Colder temperatures are providing a new challenge for restaurants during the coronavirus pandemic, but there's a solution being developed in Fulton Market. (AP Photo/Nam Y. Huh)

Outdoor dining has been a rare bright spot for Delaware dining establishments trying to survive pandemic restrictions, but for one Newark restaurant, they hope their plan helps stunt the oncoming cold of winter.

German said he got the idea as he saw restaurants in Los Angeles, Chicago, New York City, and most recently Connecticut, build the single-table pods. Much like with plans, the idea is to boost the power of the sun in the coldest times of the year.

"The idea is that folks can reserve them and sit inside them and have a pleasant meal in the middle of the day. With the sunlight, even a frigid 20-degree February day, you can sit inside these greenhouses, and it would be 70 degrees and you can enjoy your lunch."

Each of the two 8x6 ft. glass greenhouses would have room for just one dining party following Delaware's rules about not mixing groups together.

It follows Newark's successful Wednesday al fresco dining program in which Main Street was closed in the evening to allow outdoor dining in the middle of the street, helping those who may not be comfortable eating indoors.

"We don't have them built yet, we're going to begin [Tuesday]. I can't imagine it's going to be super-easy to put them together, but we're hoping in a couple days we'll get them together and to the point where the necessary approvals are finished that people can start dining in them."

Those approvals include the Delaware Division of Public Health who has been working with German and Newark City Manager Tom Coleman to sort out the logistics about ventilation and mandatory cleaning between dining parties.

"They sounded confident that they would be able to develop an operations plays with Ryan that would meet their requirements of protecting staff and employees that use those spaces," Coleman said.

German also had to win the support of Newark City Council, including Councilman Chris Hamilton.

"If we can get past the little details, I think it's a pretty creative and safe-as-it-can-be solution to continuing to help out."

German hopes to be serving diners soon in the greenhouses and said he knows there could be an extended timetable of use, which might feel weird during the recent stretch of near-record-breaking November warmth in Delaware.

"Towards the end of March, maybe it gets a little warmer, then April there's some warm days, but there are also some cooler days. We're certainly going to be using these greenhouses certainly now and through the winter, but also March and April, it will probably be May until they're no longer needed."

Besides the two greenhouses, German said they will continue to use electric heaters under the awning at the front of the restaurant and propane heaters where they can place them safely, and legally, away from the awnings.

The greenhouses will be private dining spaces, joining three others inside Caffe Gelato. Plexiglass is used to separate groups at the bar and each set of tables inside the restaurant.

The City of Newark will continue its Main Street Alfresco program into the fall.

In the midst of a global pandemic, a lot of vulnerable economic drivers in Delaware have bee…