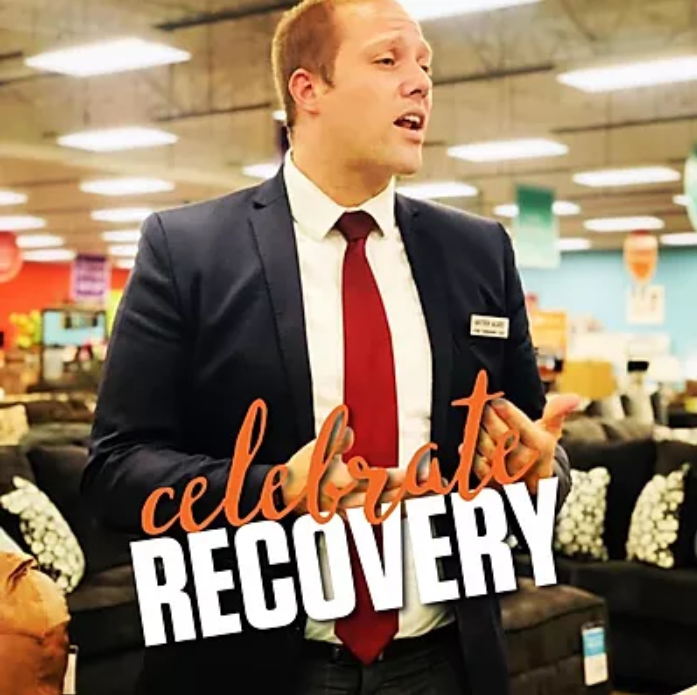 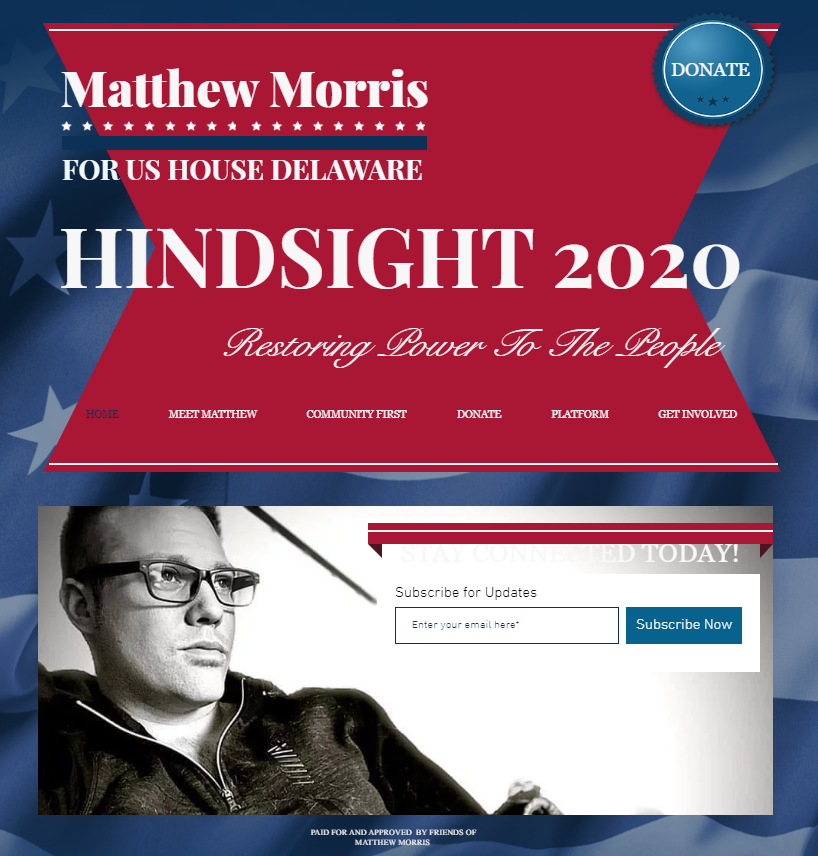 "I can't stress it enough that every person deserves a second chance," says Matthew Morris, a convicted felon and U.S. House of Representatives hopeful looking to run as a Republican against incumbent Democrat Lisa Blunt Rochester. "If there's anything I can do to repay back my victim, that is a moral obligation, a moral restitution of being able to be the best person that I can be, so this never happens ever again; to shed light on violence and addiction."

Long before Morris ever reached the point where he thought he'd run for office, he needed to complete a journey rife with hardship and his own troubles with the law. He described his childhood of being raised by a single mother as so difficult, it ultimately led to a substance abuse disorder that began in his early teens.

"I started off with alcohol, and I started at a really young age," Morris said. "The first time I drank, I was 13 years old, and it was like this 'Aha!' moment. I struggled with my identity at a very young age, and I found comfort in alcohol. And it didn't stop there."

Morris, who is gay, said when his brother John died, it was "off to the races," as he began self-medicating with harder substances. Despite his father and grandparents all dying in what he called alcohol-related accidents, Morris found himself dealing with familiar demons.

"Everyone in my family is an alcoholic," he said.

This ultimately led to an aggravated assault conviction. Morris was identified as the culprit in a highly publicized assault in Philadelphia. He lost a job he'd had in ophthalmology for 13 years prior.

"It was just that process of acquired behaviors in addiction that really beat me down, and it was unfortunate that it had to come down to being incarcerated," he said. "But the fact of the matter remains that, despite everything that I went through and everything that I did, I was able to take a look in the mirror and realize that I was ruining my life...I was 'out.' And they baited my case as a gay hate crime. I mean I was drug through the mud. I was seriously drug through the mud. And I just sat there quiet during the entire trial because I knew that I did something wrong. I took the hit because I knew that my life was at stake."

His campaign slogan is "Hindsight 2020," and two of his strongest platforms are increased accessibility in Delaware to combat addiction and prison reform and reentry assistance.

"I've been going down to Dover for the past three years, and everything that I hear is 'funding, funding, funding,'" he said. "We don't have adequate treatment options in the state of Delaware. We have a few [rehabilitation facilities,] but nothing that's long-term. What I'm proposing is long-term treatment that...involves a system of reentry. I'm talking about transitional housing and being able to find jobs for the people and get them back on their feet in a compassionate way."

He said those in power have failed to address this issue, and it's time for someone with first-hand experience to guide the efforts that can lead to change.

"I know what works and recovery is something that--it takes time. You don't wake up and you're completely recovered and all your problems are gone. And that seems to be an issue in the state of Delaware, where we're just pushing 15-day detox without any long-term treatment. I want to push for not just legislation--funding is very, very, very important. Our Congress has been sitting on bills for almost two years for funding and Delaware has spiraled out of control to number two in overdose deaths. It has to stop."

"I get it. If you commit a crime, you do the time. However, it should just end there," he said. "People have this misconception that when an individual commits a crime, that you're a criminal. And I totally get that concept, but here's the thing: We're all Americans. Before I was an inmate, I was an American. And your rights aren't completely eliminated. Every American has the right to equality. Life, liberty, and the pursuit of happiness. So why aren't we providing these offenders with the proper resources to be able to get out of the system? We're perpetuating a cyclical process of the Department of Corrections and being within the system."

Morris said he was turned down for a position in the ophthalmology field a dozen times after release from prison because potential employers "couldn't look past" his conviction to see his credentials.

"I have serious credentials," he said, rattling off a list of specifics. "I can do things that other technicians can't do. And moreover, I'm a male, and there's not many male technicians out there... I know firsthand what it's like to have that stigma attached to you. And what I'm doing is I'm breaking barriers. I am running for office because you don't have to be that stigma that is attached to you. You don't have to be that statistic."

Like his counterpart Lauren Witzke, who is running in opposition of Chris Coons for his U.S. Senate seat, Morris knows the power of a nuclear family can change the course of a child's life.

"Young men who grow up in fatherless families, 65% of men end up incarcerated," he said. "Lauren, she's a really good, kind-hearted person. She really does mean well. And now, I can't stress it enough, sometimes you just have to go through a lot of darkness. To see the light. And let me tell you what: That light is shining. That light is shining."

After getting involved in a Facebook group called Take Back Claymont, Morris said his aspirations to be the change he wanted to see in his community led to his being approached to run for office.

"I blatantly laughed in their face. I looked at them and I was like, 'Are you joking?' And they said, 'Oh, well, America loves a redemption story, and you really have have a lot of substance and a loud voice," he said. "I'm not a career politician. And I definitely have a backbone. I don't have all the answers, but I do have a voice and that voice is going to be heard. I want to stand by the Delawareans, and the American people, and start cleaning house, because something needs to be done."

He said globalism is killing America. It's time to put America first, he said, and get the country back to work. Partisan issues aren't benefiting the people in any way, and he wants to see lobbyists and special interests cast aside for a more focused approach on American workers.

"I can't stress it enough: I tried to deviate away from all of this community activism and everything. I just wanted to live my life. Live well, prosper, and be successful. And for whatever reason, it just keeps drawing me back," Morris said. "I have a story that needs to be told, and I really do believe that my first-hand experience can benefit the American people. I'm taking it to Congress, and I'm going to stand up on that soapbox, and I'm gonna call people out on their bull----. And I want to put corruption to an end. It is time for America to take its voice back. We need to restore the power to the people. We've got to stop letting these lobbyists-paid, globalist-paid politicians in office. We need to get down to business. We need to start putting America first, because we're losing our core value system. As Americans, we are losing our principles, our guiding principles that were set forth by our founding fathers; that pursuit of happiness. Life. Liberty."