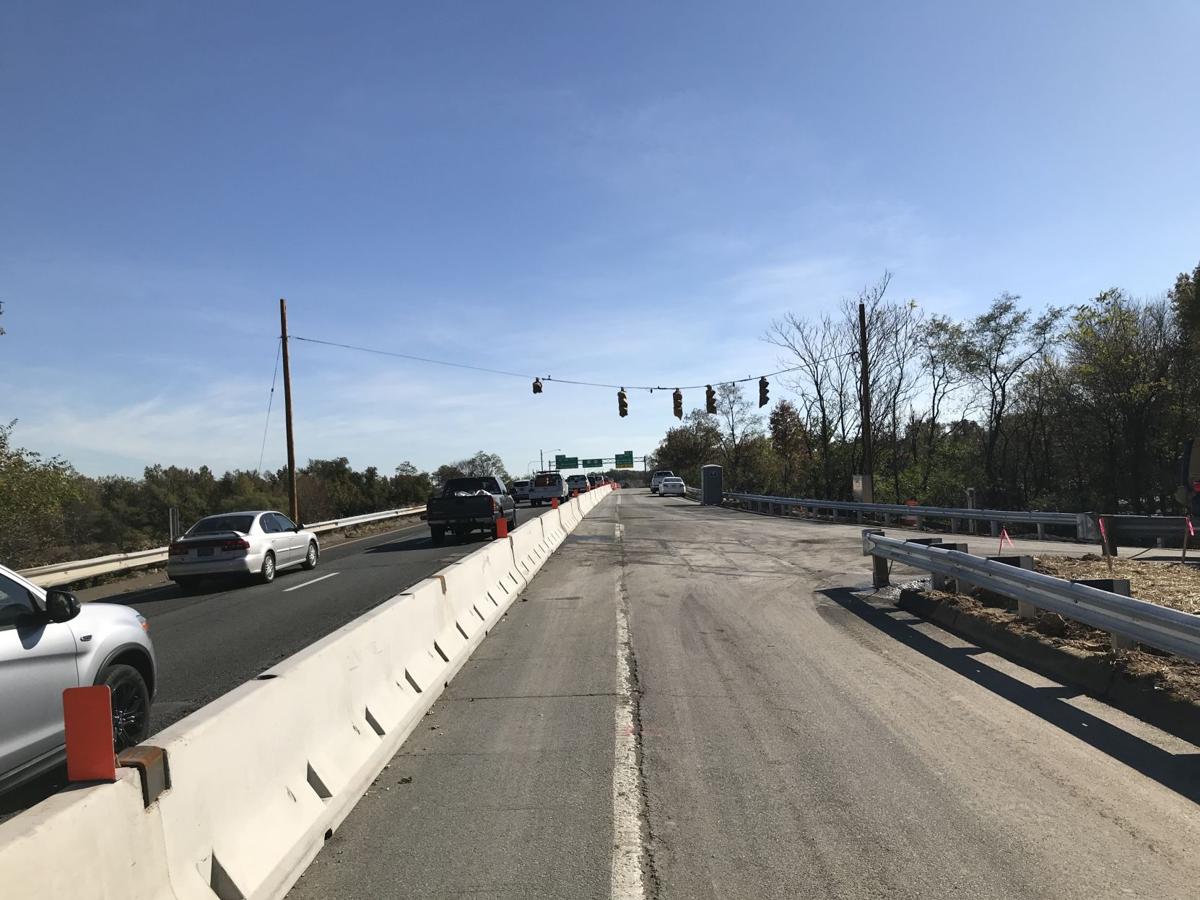 A new traffic light will be in place for the right lane of southbound Route 141 and at the end of the ramp from southbound I-95 to southbound Rt. 141 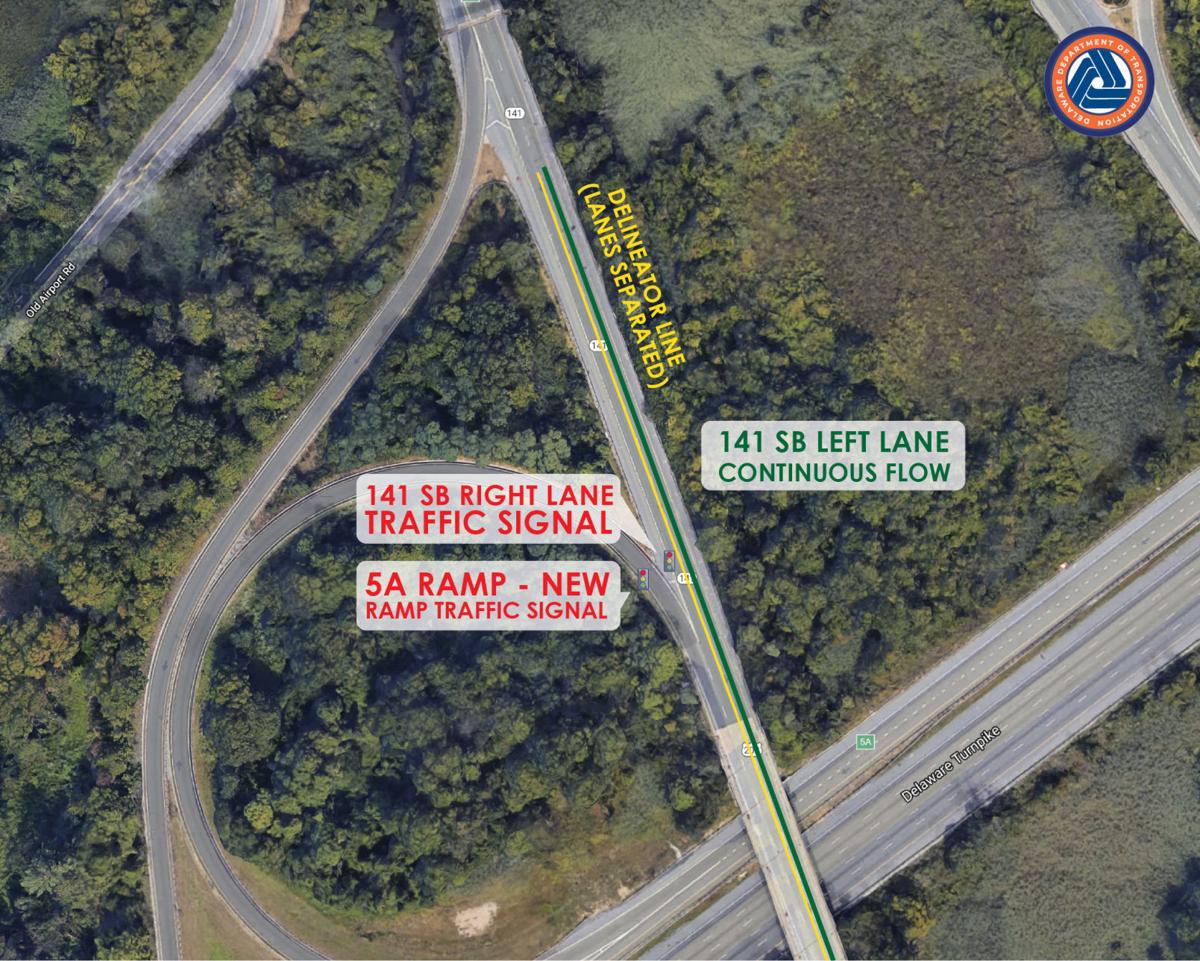 Graphic of new traffic pattern when the ramp from southbound I-95 to southbound Rt. 141 reopens on Friday

A new traffic light will be in place for the right lane of southbound Route 141 and at the end of the ramp from southbound I-95 to southbound Rt. 141

Graphic of new traffic pattern when the ramp from southbound I-95 to southbound Rt. 141 reopens on Friday

Two highway ramps in Newport that have been closed for several weeks for reconstruction will be reopened beginning Friday, October 25, 2019.

But with the opening of those ramps comes the closing of two other ramps.

On Friday, the Delaware Department of Transportation (DelDOT) plans on reopening the ramps from southbound Route 141 to southbound I-95, and from I-95 southbound to Route 141 southbound.

DelDOT spokesman C.R. McLeod says this first segment of work was completed ahead of schedule.

"It's really thanks to the dry weather that we've had over the past six weeks. The contractor was really able to push forward and get these two ramps that are currently closed completed."

McLeod says those ramps were totally rebuilt using concrete which should prevent a rippling of the road surface which has plagued the interchange for years.

"We took those ramps down to dirt, completely took them out and we've replaced it with a new concrete surface which we hope will give us decades of service."

When the ramps are reopened there will be a new traffic pattern with new traffic lights for southbound Route 141.

The Route 141 southbound right lane will have a traffic signal while the left lane will be on constant green, and traffic coming off the ramp from southbound I-95 to southbound 141 will be subject to a traffic light. (see photo and graphic above)

With those two ramps being reopened comes the closure on Saturday of the ramps from southbound I-95 to northbound Route 141 into Newport, and the adjacent ramp from 141 northbound to 95 southbound.

For drivers wanting to access Newport, McLeod says the detour is to take the remaining ramps of the cloverleaf (95 south to 141 south to I-295 north back to Rt. 141 north).

"The ramps that will be utilized by many of the motorists trying to get to 141 north have all been reconstructed there," said McLeod. "That's the good news is that you're going to be on the new ramps as you're navigating the interchange to get to where you want to go."

McLeod says DelDOT realizes the ramp closures are inconvenient and result in daily delays but it's the best option.

"It's actually the fastest way to get these projects done. Being able to get them done in really just a couple of months as opposed trying to cattle chute one lane on half of it and do half the surface and move people over.

"That can sometimes more than double the amount of time it takes and the cost frankly. We really think it's worth the short term pain to get in and get these ramps completely reconstructed and rebuilt."

The new ramp closures are expected to last until the end of the year and the demolition and reconstruction of the Route 141 bridges over I-95 southbound will then commence over the winter months.