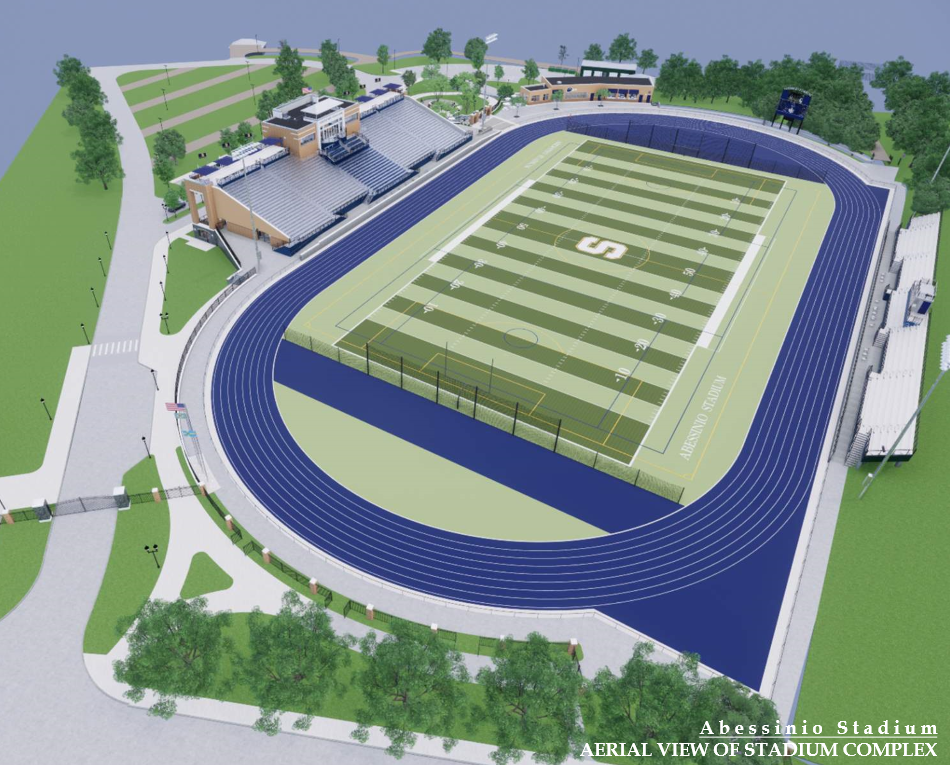 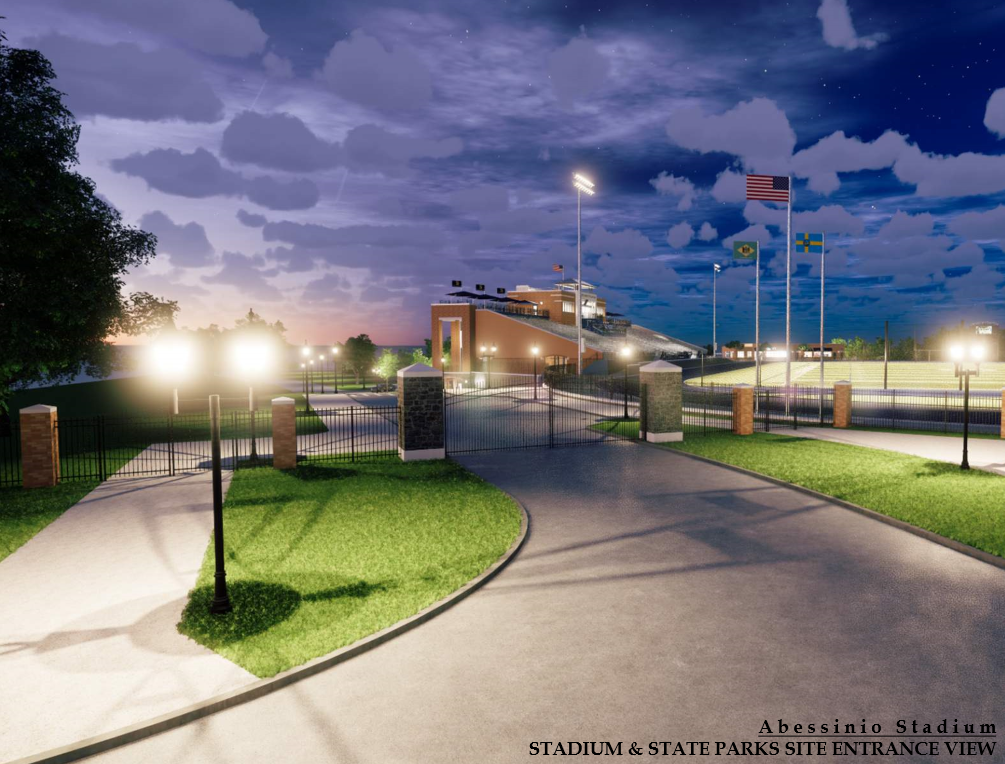 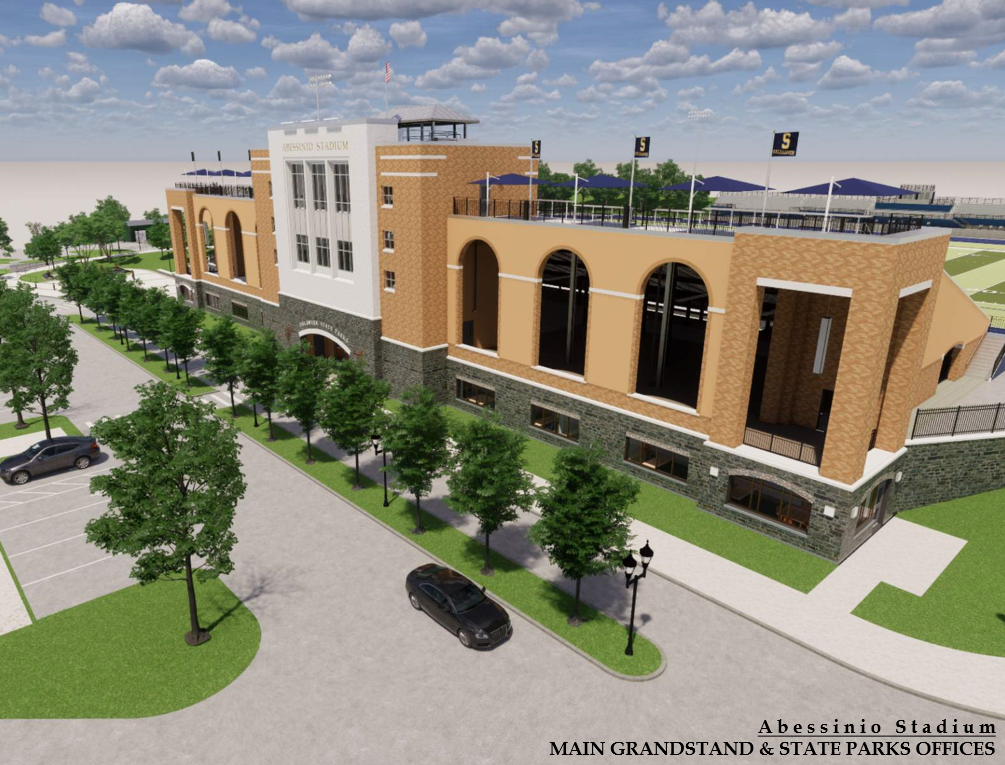 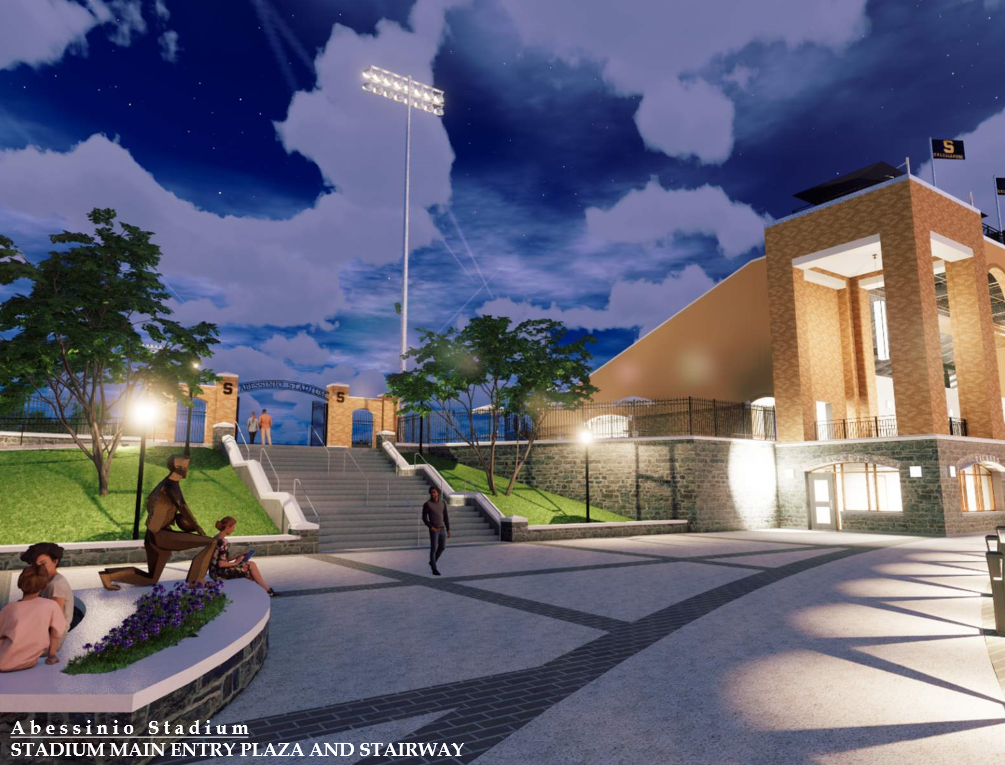 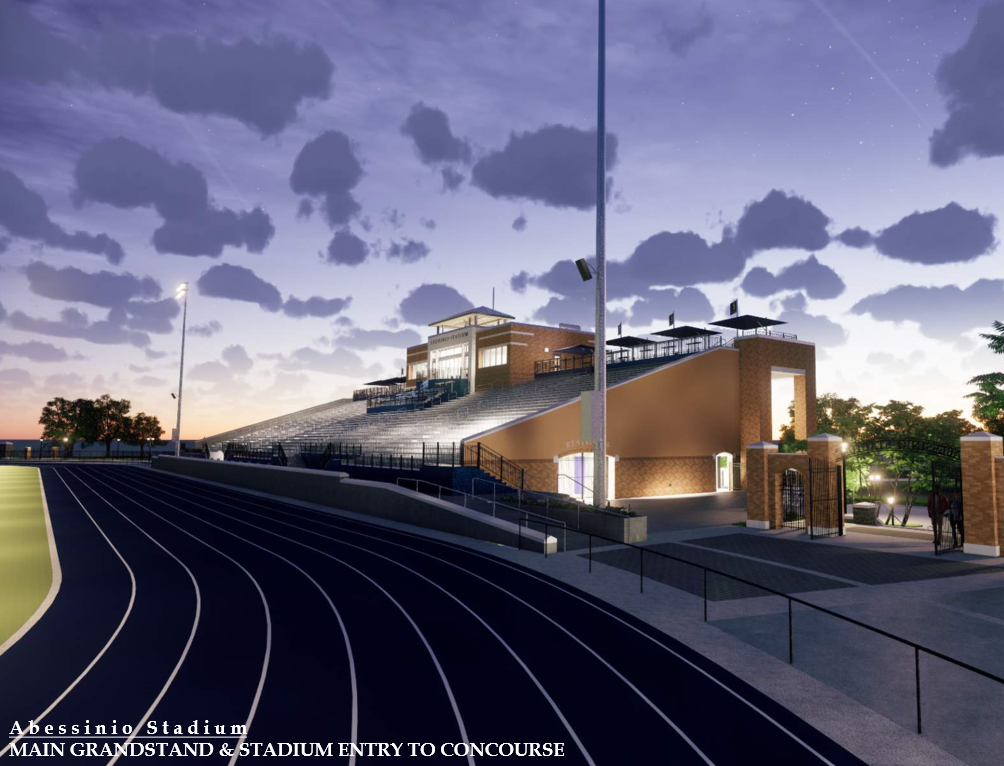 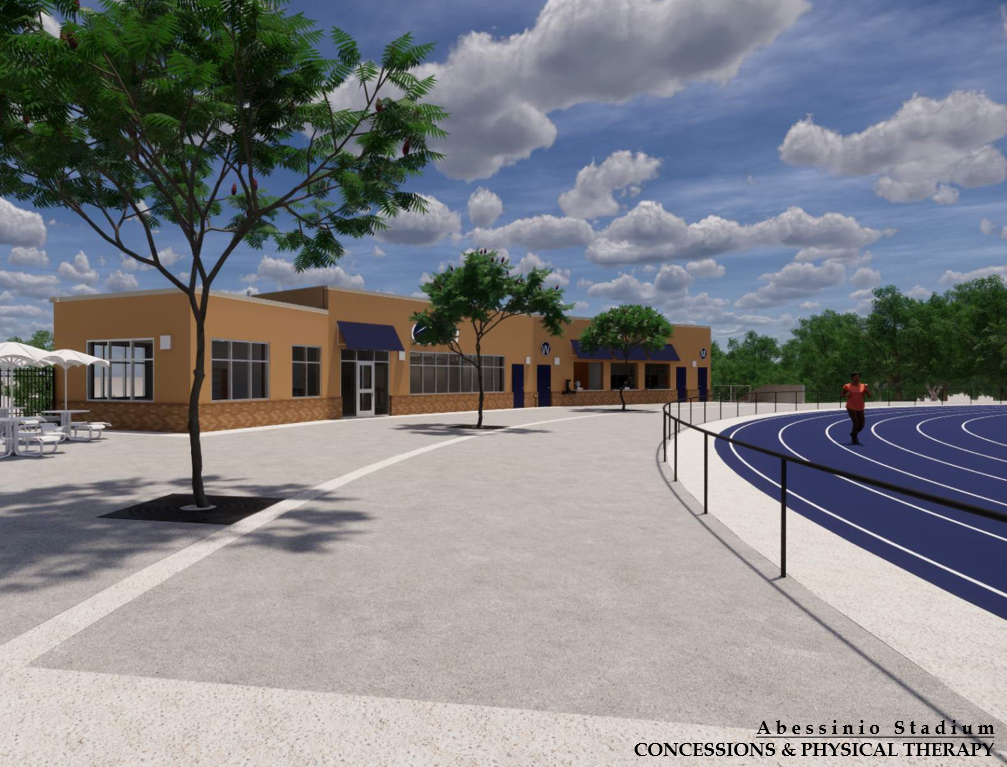 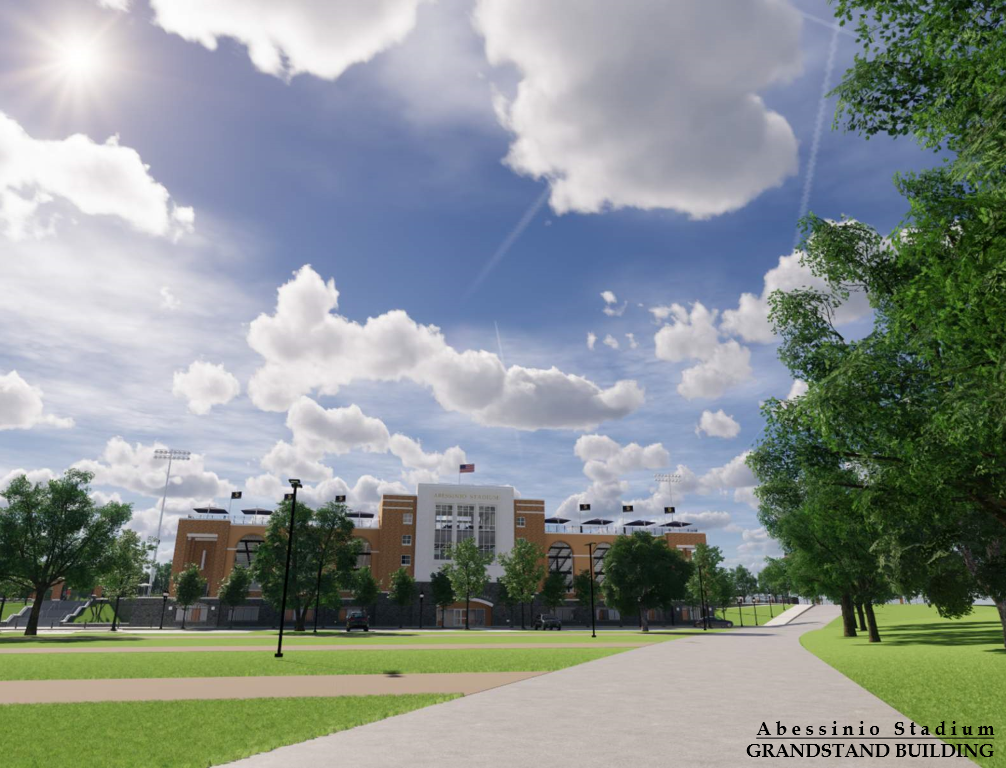 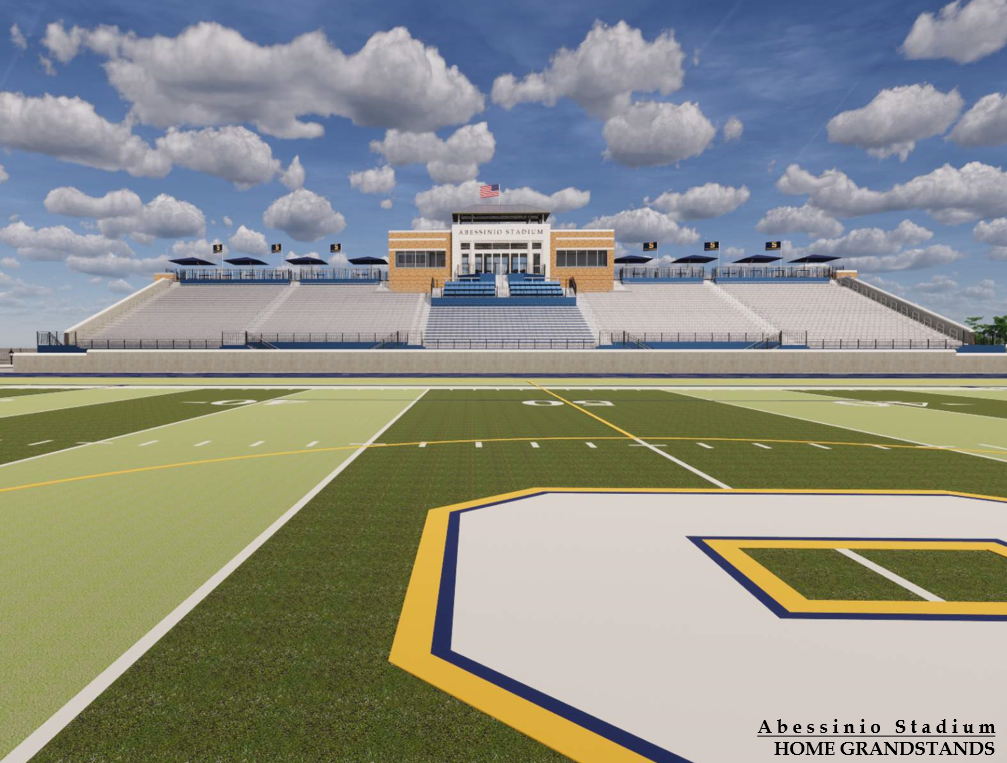 Baynard Stadium is just a memory at this point, but with 247 days until Salesianum’s first scheduled home game of 2020, they say the new Abessinio Stadium should be ready.

The Catholic school reached a private-public partnership with the city of Wilmington in 2018 to take control of the aging Baynard Stadium, and after receiving a $16 million donation from the Rocco and Mary Abessinio Foundation, plans for the most elaborate high school stadium in Delaware’s history were put in place.

However, if you drive by the stadium site right now, it might seem hard to believe it will be ready for the first scheduled home game on September 25 against Appoquinimink, but Salesianum President Brendan Kennealey said they remain on pace to get it done.

“It is. It has always been a very, very tight timeline just based on the schedule of when things finally got approved. That timeline put us in a very tight spot. Everyone, our architect ABHA, and [contractor] Whiting-Turner have been extraordinary. So has the city, who has helped us getting permits, and breaking them up so as we design one part, we get it approved and get our contractors moving as we work on other phases.”

Kennealey said to get a proper idea of the construction pace at Abbessinio Stadium, you shouldn’t use the perspective near the school.

Plenty of trees needed to be excavated at the back of the former Baynard property to make way for the key stages of Salesianum’s new stadium, and they unlocked some challenges for everyone involved in the project.

“The biggest challenges from the design perspective are the site and the topography. The site slopes dramatically, especially as you head towards the river. It drops off quite a bit. Because we’re building a bigger track, we had to move where the field was. As you shift, you start to move further and further down. We had to regrade the whole site, getting sewer, water, and all of those underground things replaced. It’s a brand new site, which is very expensive, and the average fan doesn’t get to appreciate that.”

Kennealey said the ground work is about 90% done, and they’re already starting the next stage: the actual buildings of the stadium.

“There’s two major buildings. The grandstand is the home bleacher building, but it’s a whole building. The foundation is almost all done, and they’re getting up the retaining walls for that. There’s another building we’re calling the concourse building, but it will have concessions, bathrooms, visitor’s locker room, and state parks facilities. That building is a little further ahead, just because they started that one a little bit earlier.

Salesianum has put out new realistic-style renderings of what they expect the complex to look like upon completion.

“Every time I show somebody them, they say ‘Wow! I didn’t really realize that’s what you were doing, that it was going to be that big, elaborate, and nice.’ We’re building what we said we were going to build. It’s substantial, and I think when they see them, they get excited and it feels a little more real.”

One of the big challenges Salesianum and the builders face over the next eight months will come from Mother Nature.

Part of Salesianum’s agreement with Wilmington in the private-public partnership was they had to give time back to the city for youth programs, plus remain landlords for Howard and Saint Elizabeth who used Baynard Stadium for football in the past. Kennealey said the track will be open during daylight, non-event hours for public use, and once they get the main usage schedules figured out, other groups will get a chance to carve out their own time.

“Very soon we’ll be making the actual schedule available for the public so they can see the schedule.  They’ll be able to book the field, book the track, use it for different things.”

While the field and track are the most obvious parts of the new stadium, Kennealey added the grandstand will have other tenants as well.

“The whole first level of the grandstand building will all be state park offices; park rangers will get new maintenance facilities. Also, ATI will have a new clinic at field level.”

Ultimately, many in the Delaware high school sports community are just interested in seeing what Salesianum’s final product will look like, and Kennealey said they’ll get to be able to turn images into reality soon.

After a long process of delays, city council protests, and the challenges of building, a new era is coming to Salesianum and Wilmington’s sports scene in just 247 days, they hope.

Salesianum gets $16M gift from alum to tear down Baynard Stadium, build anew

Where the historic Baynard Stadium in Wilmington will soon have once stood, will be a new st…

Baynard Stadium is closed until further notice due to disrepair, and a deal between Salesianum School and the City of Wilmington broke down du…

Murphy: No concerns on Sanders as nominee