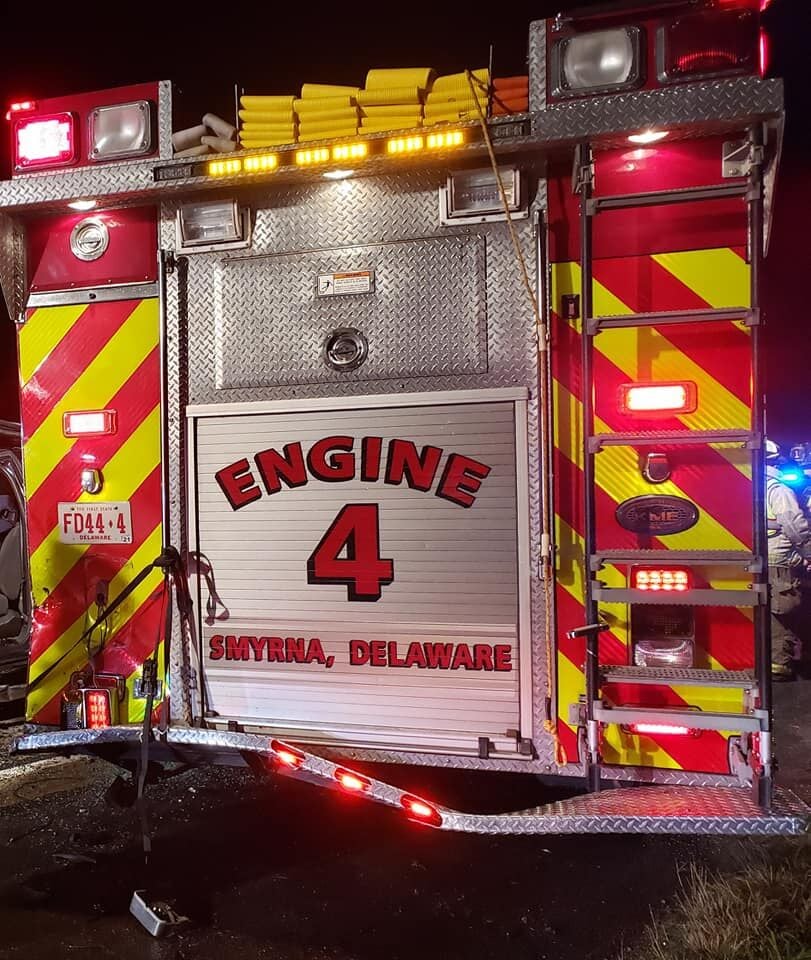 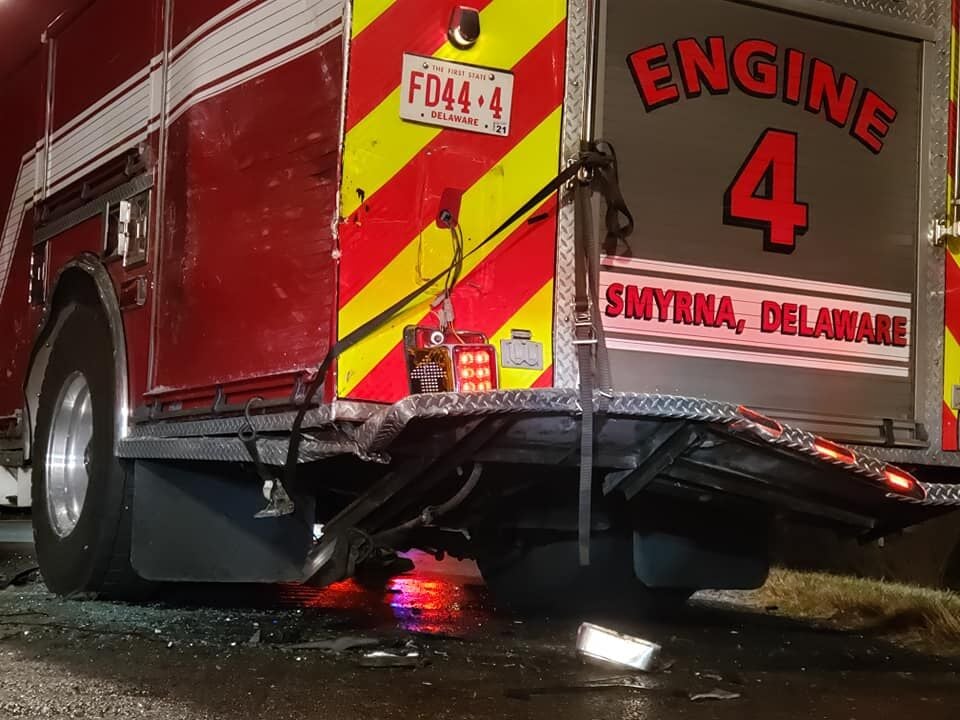 One person was seriously injured when the vehicle they were driving plowed into the back of a fire truck stationed at a previous accident scene on Route 1 in Smyrna in the early morning hours of Thursday.

Crews from Citizens Hose Company of Smyrna were on the scene of a wreck on Route 1 northbound at Mill Creek around 3:45 a.m., on December 17, 2020, when Engine 44-4 was hit from behind.

The fire truck, with emergency lights activated, was in a blocking position in the right lane and right shoulder, protecting firefighters working the previous scene.

The driver of the vehicle was trapped, and extra rescuers were called to the scene. The victim was taken to the hospital after suffering serious injuries.

The driver of the fire truck was on board but was unhurt.