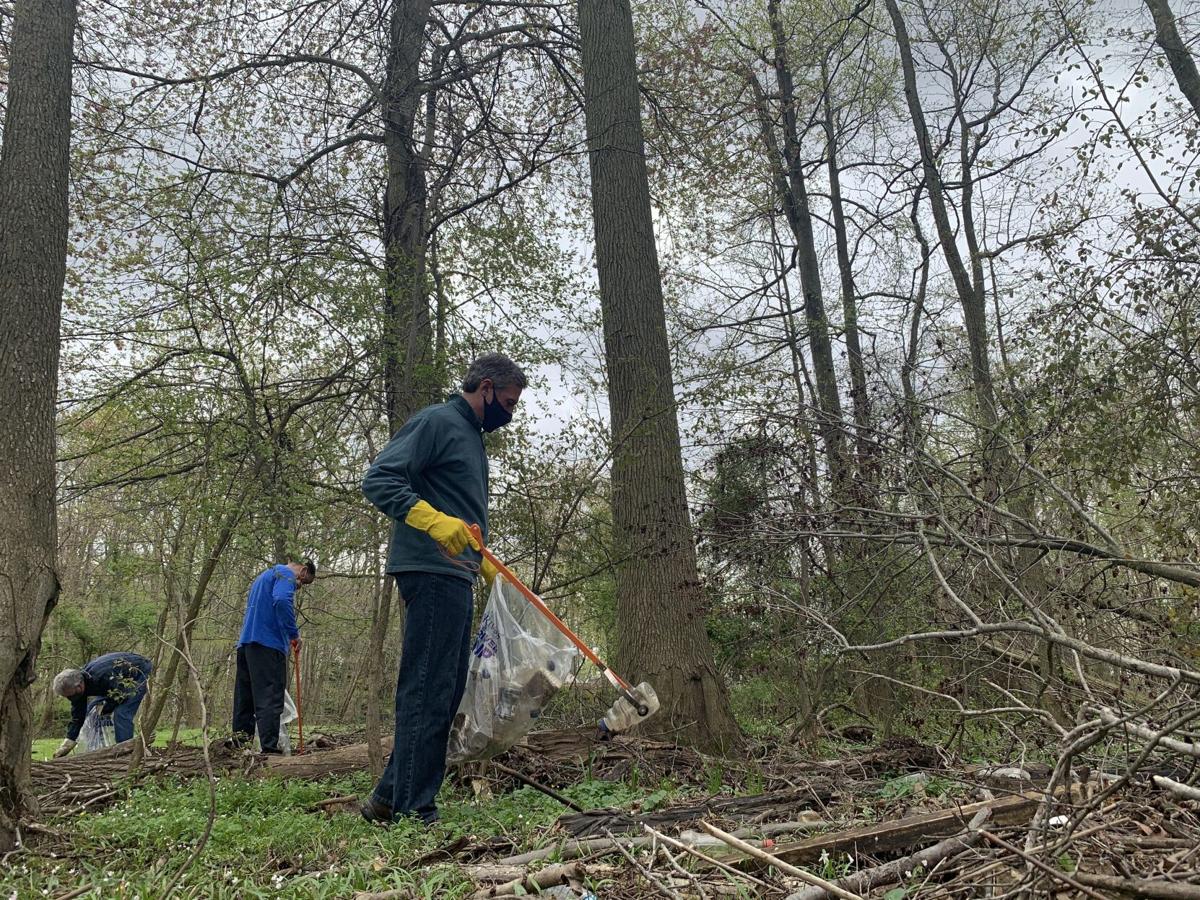 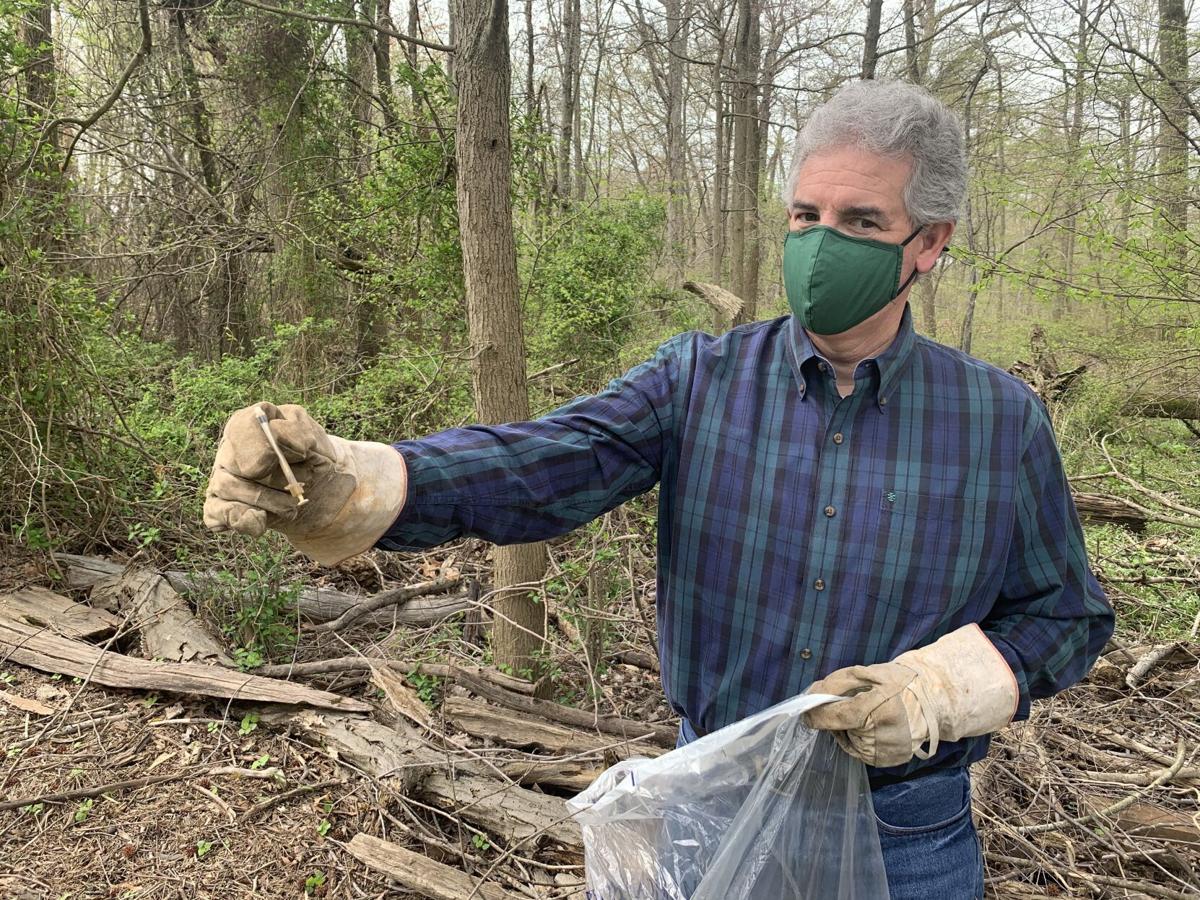 DNREC Sec. Shawn Garvin holds up a needle he recovered while cleaning up along Smalleys Pond. 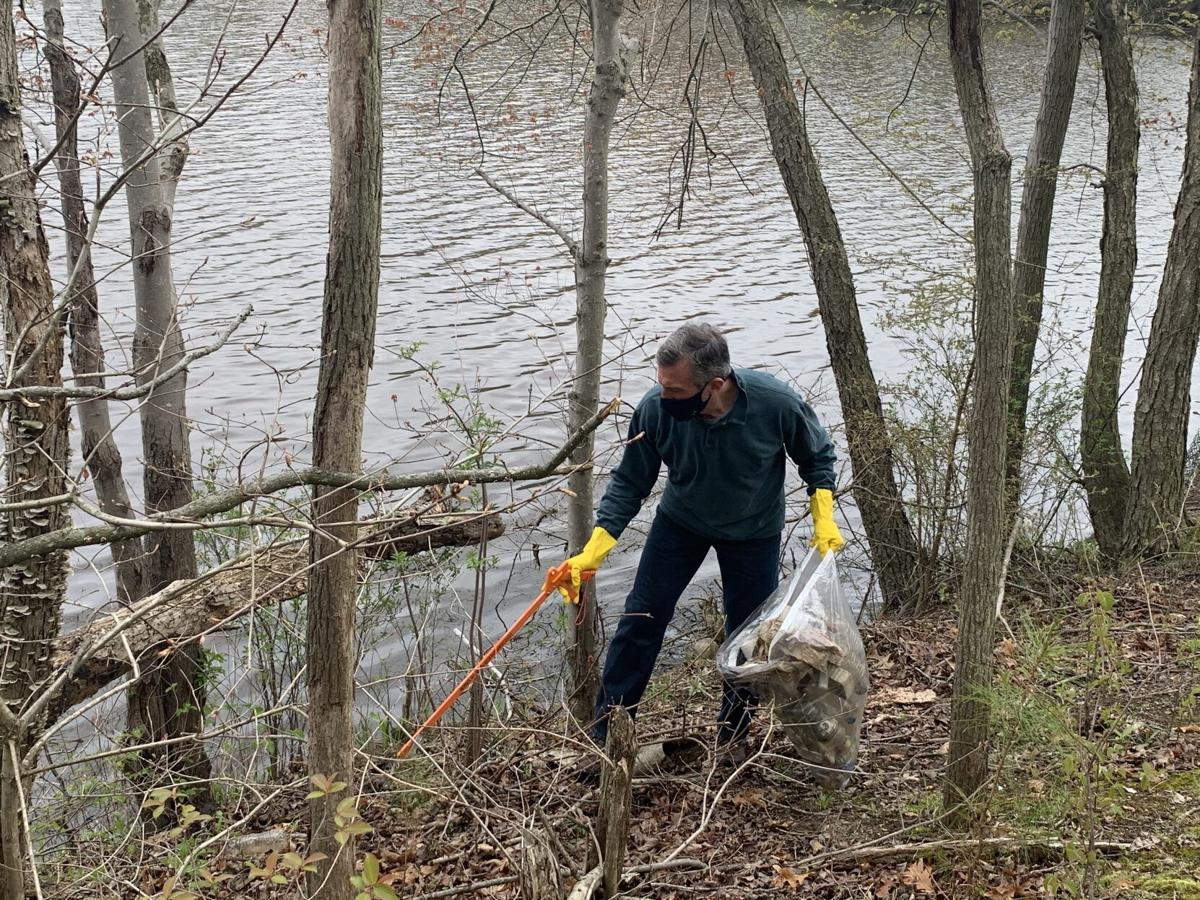 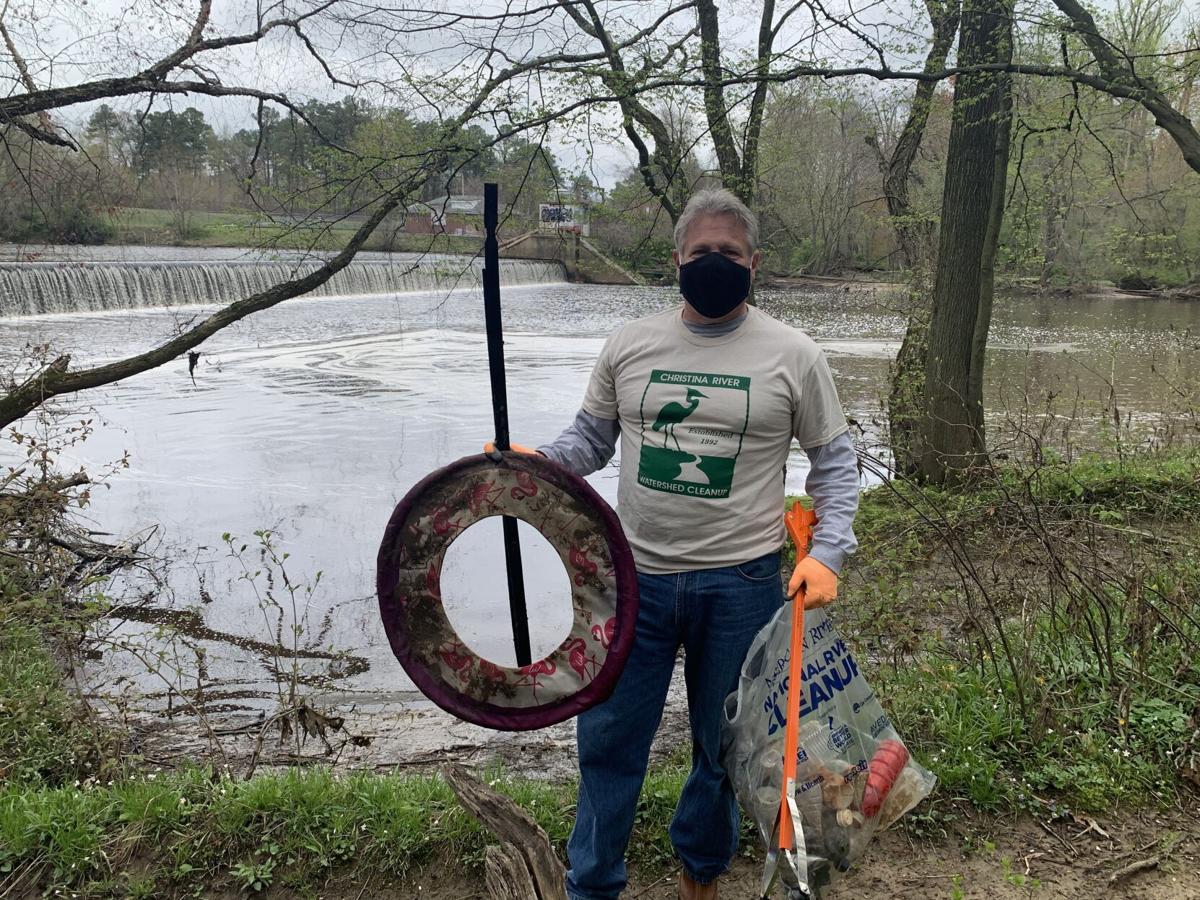 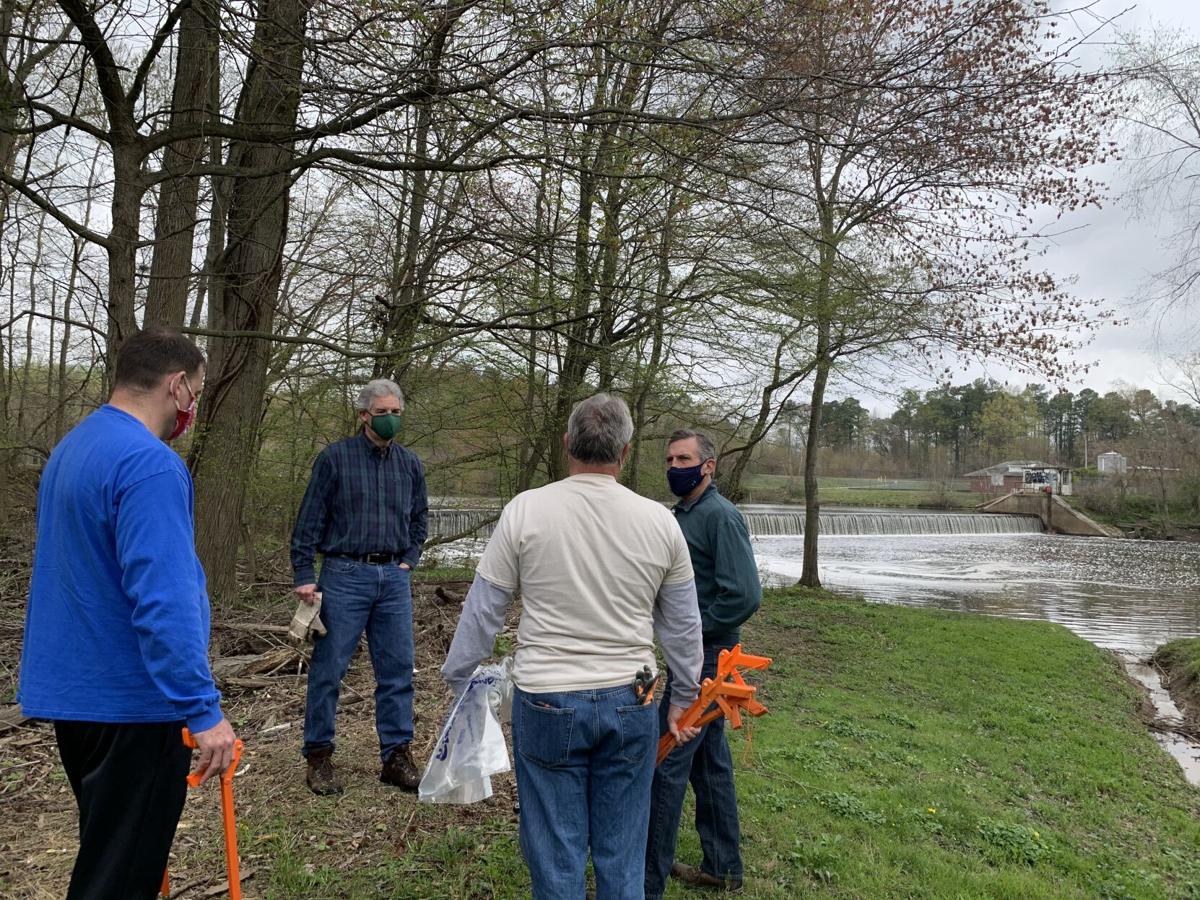 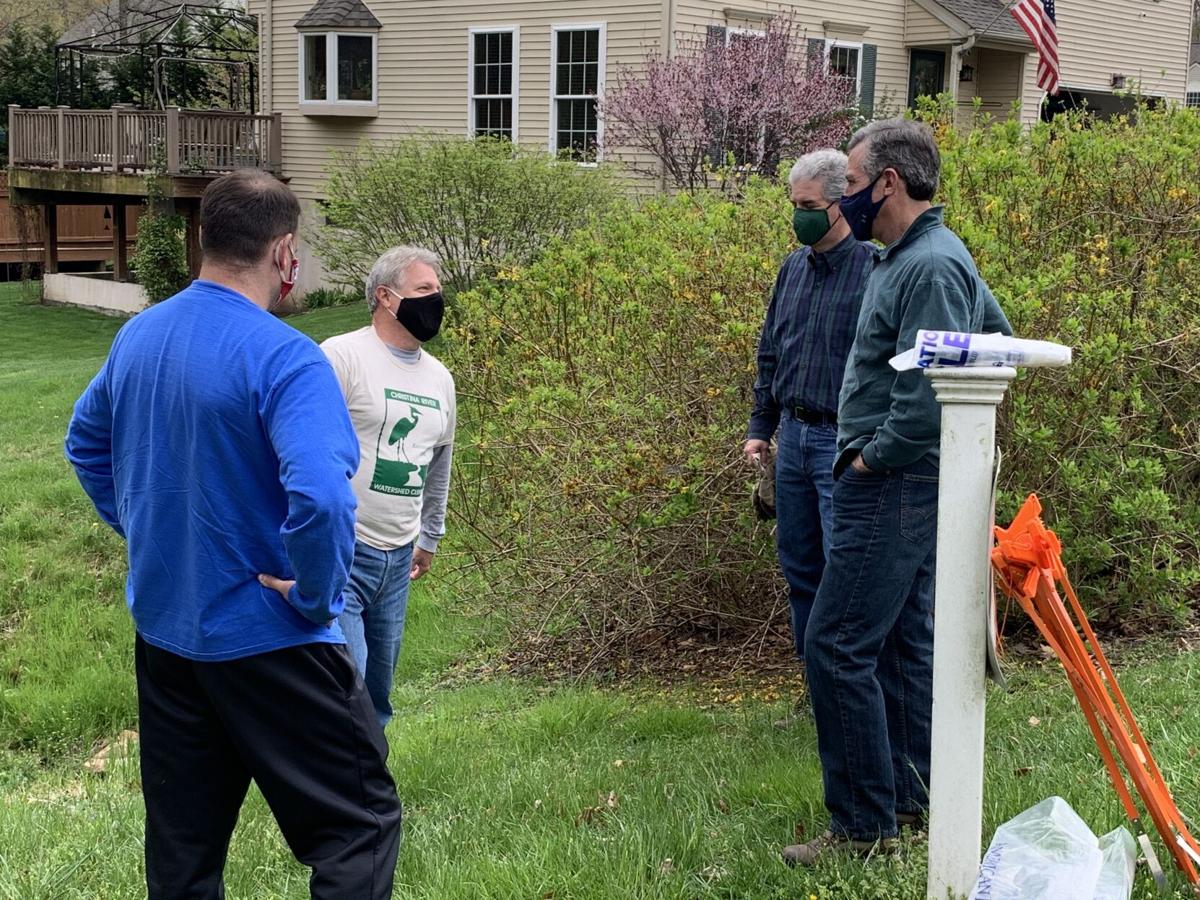 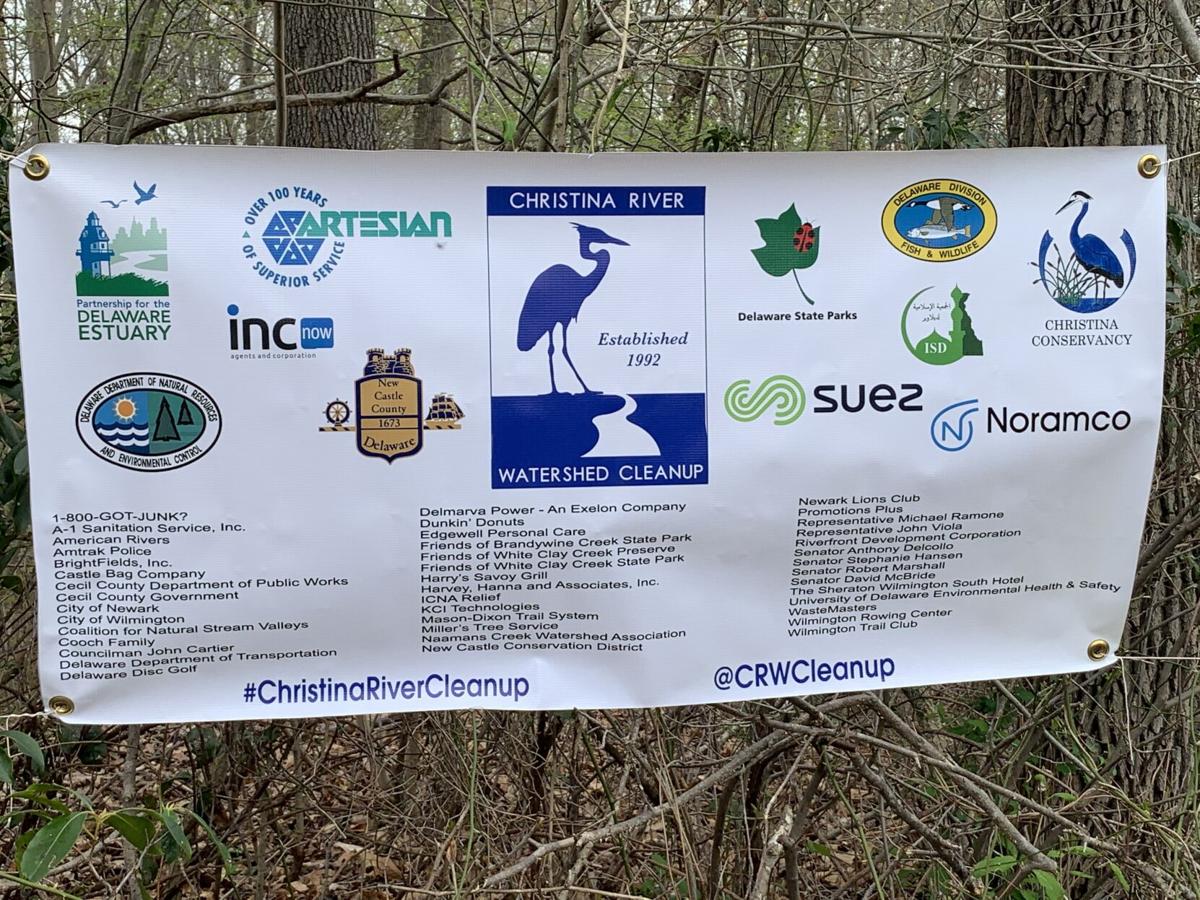 There were a number of interesting finds during a clean up effort along Smalleys Pond on Thursday, April 15, 2021, a week ahead of Earth Day. Governor John Carney and DNREC Secretary Shawn Garvin spent the morning with Smalleys Pond Cleanup site team leader Joseph Butera improving the state of their little corner of the world.

"We do this usually every year as part of the Christina River Watershed Cleanup, and I'm just pleased to have Governor Carney and his team out here today to help us advertise what we do and help keep Delaware clean," Butera said. "Earth Day's next week. And so this coincides with that...because of COVID restrictions, we're allowing people to go out in smaller groups throughout the month to clean up their environment wherever they live; in parks, near streams, near rivers. We've been encouraging that all month."

The small group had collected a half-dozen bags of trash in just their first 10 minutes or so, and Carney said it's an issue that could easily be resolve by people not participating in the destruction of their surroundings before it ever gets to that point.

"We have a big litter problem here in Delaware, and it's a shame because we've got a beautiful state, from the northern part to the beaches to the Bay Shore in between, it's just a beautiful state," Carney said.  "And yet, we see so many plastic bottles and so much trash out here. It's really just a simple matter of folks not doing it in the first place. And then all of us coming together for an event like this--which is more of a continuous effort to clean up around the Christina River, not just a one-day event--and I think we all need to think about it in those terms, just a daily thing. Pick up trash and litter when we see it, and not do it in the first place."

People having conscientiousness when considering what to due with refuse, especially while moving about in the world, can have a tremendous impact on the world, but also more specifically on something that impacts everyone: their water supply.

"It can have a really big impact. You're at an intersection or at a light, and you throw your trash out and you figure, 'I'm just throwing this on asphalt,'" Garvin said. "Well, a lot of that gets picked up by rainwater and goes into the sewer system that makes its way to our creeks and our lakes. That cigarette butt or that soda can or that fast food bag, you throw out the window, it's going to find its way to the water. People just have to be a little bit more vigilant and just hold on to it until you either can recycle it somewhere or you can put it in the trash."

That thoughtlessness and selfishness really pays dividends in creating trash in the state, and Carney says he hears from people regularly about litter, especially visitors from out of state. While clean-up days like Thursday help return nature to some of its former glory, they issue is one that starts with an individual facing a momentary choice.

"I guess, the easiest thing for people to do is just roll down their window and throw it out, which is just very disconcerting. We need to have more pride in our state," the governor said. "I run into people all the time who are really annoyed by it. Obviously, it's not the biggest environmental problem, but it is a statement about our own approach to the beautiful state that we live in, and it's everybody's responsibility to keep it that way."

It's having people like the governor come out and show their support to keep Delaware beautiful that can have a greater impact on communal mindset about litter.

"I couldn't be more thrilled having support from our leadership--at the state level, and even any other level of government--it's super important," Butera said. "If those folks get involved and show how important this is, hopefully other people that live in the state will take notice, and they'll say, 'Hey, this is something we should all do.'"