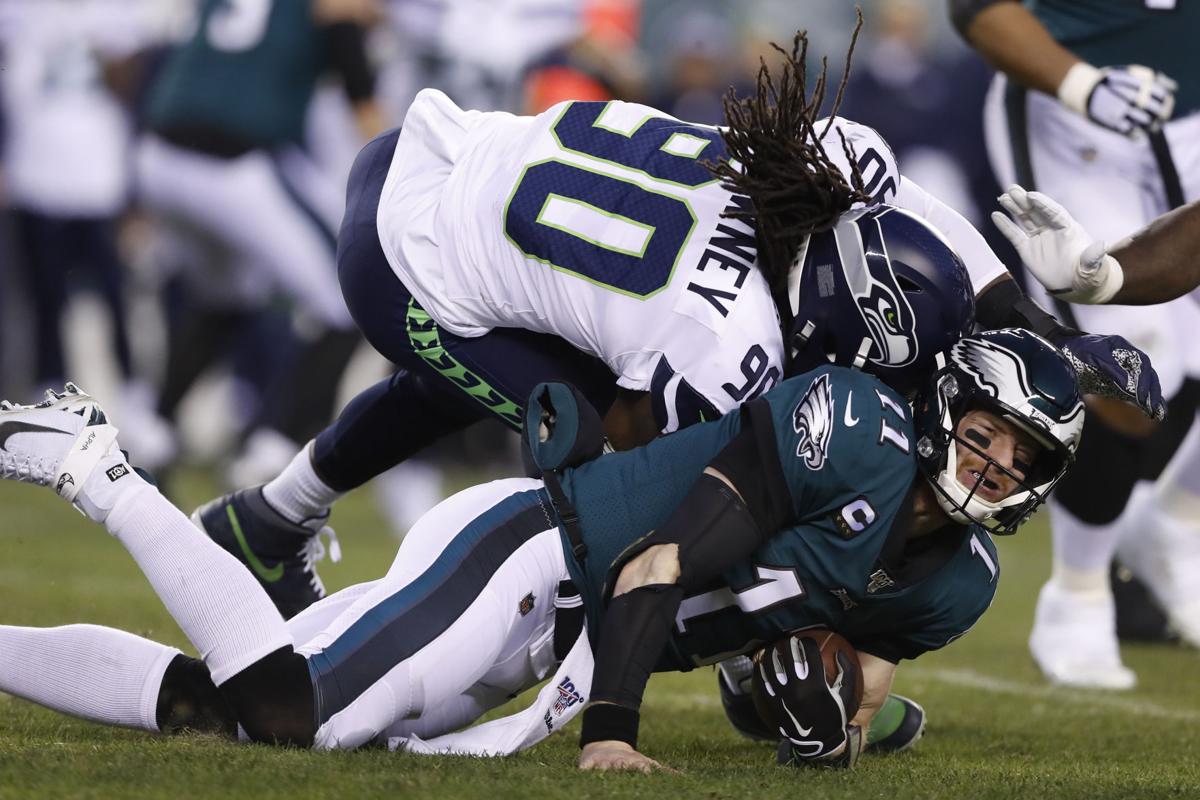 Seattle Seahawks' Jadeveon Clowney (90) hits Philadelphia Eagles' Carson Wentz (11) during the first half of an NFL wild-card playoff football game, Sunday, Jan. 5, 2020, in Philadelphia. Wentz was injured on the play. 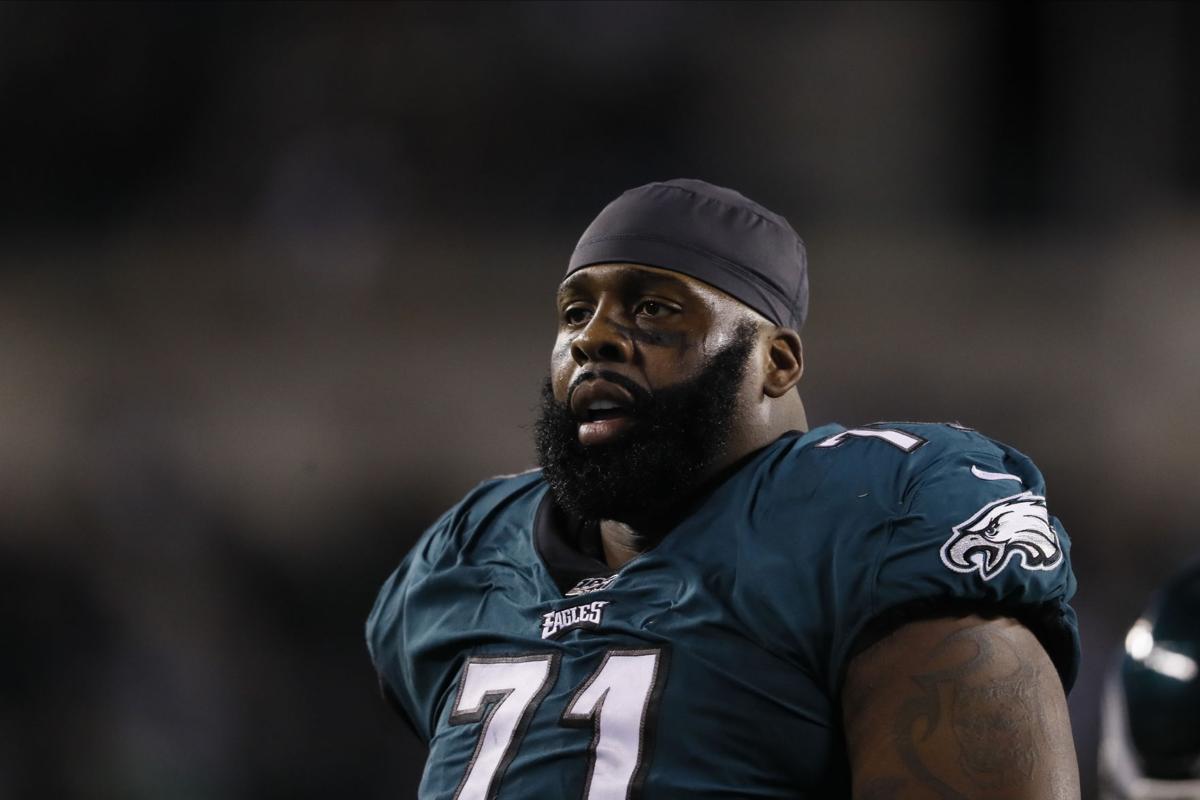 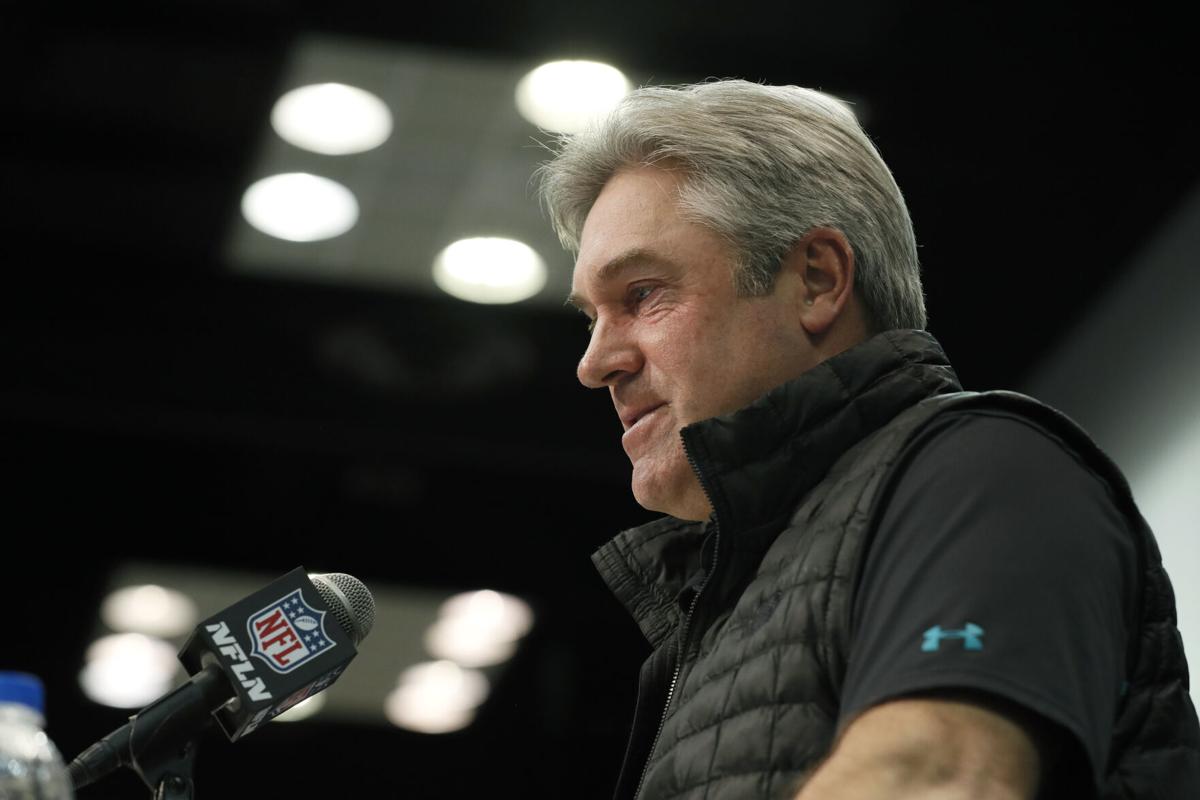 CAMP NEEDS: Eagles have to find out if Peters, a nine-time Pro Bowl LT, can make the switch to RG at age 38. Also, they must learn if second-year pro Andre Dillard can handle LT. On defense, CB Jalen Mills needs time to transition to S to replace Jenkins, and young linebackers have to get some work.

EXPECTATIONS: They are the only team in NFC East with a returning coach in Doug Pederson, which gives the Eagles stability and edge in a division that should be two-team race with Dallas. Wentz carried the offense down the stretch and has new weapons to help him. Still, it would appear the Eagles have too many flaws to contend for a Super Bowl.