Universal testing for COVID-19 in Delaware's long-term care centers isn't going so well, despite the centers being home to 65 percent of the state's deaths from the novel coronavirus.

"We were disappointed that having it be voluntarily, the uptake has been much lower than we expected," she said at Tuesday's biweekly coronavirus news conference.

"We have both good and bad news today--or, cautious news, I should say," said Gov. John Carn…

The universal testing initiative was announced by the state on May 5, 2020. Six days after it was announced, the Department of Health and Social Services told WDEL about 50 percent of long-term care centers had requested test kits. As of May 11, the department said it had sent out 5,000 rapid test kits and 10,000 nasal swab collection kits; however, it appears, based solely on those numbers that just 2,250 test kits were returned. Though that number is likely slightly higher, since WDEL doesn't have data for test kits sent out after May 11.

"There was some concern about staff being tested and being positive and then not being able to work," she said. "Long-term care facilities are struggling with staff shortages, right now, but there are actually some protocols to help them work through that when there are shortages."

The lack of voluntary testing is leading the state to strongly consider mandatory testing, especially for staff, at long-term care centers.

"That really is what we're also hearing from our federal partners as well that it really is necessary that we keep a finger on the pulse on our surveillance work of what infection activity looks like in long-term care facility," she said. "This is among our most vulnerable population in our state."

Rattay acknowledged infection control in these facilities is more challenging than in hospitals.

"We've done a lot of work from the very beginning in trying to educate, ensure that they know how to use PPE appropriately, which takes some support, making sure that they have adequate PPE; we've required certain training for them, and we also have some partners...a federal team who's actually in long-term care provident technical assistance and support especially for those who have cases and concerns."

An analysis by the American Health Care Association and the National Center for Assisted Living found that Delaware would need 8,935 tests, at a cost of more than $1.3 million just to test staff and residents of nursing homes; testing in assisted living facilities and other long-term care facilities would cost even more, the analysis shows. 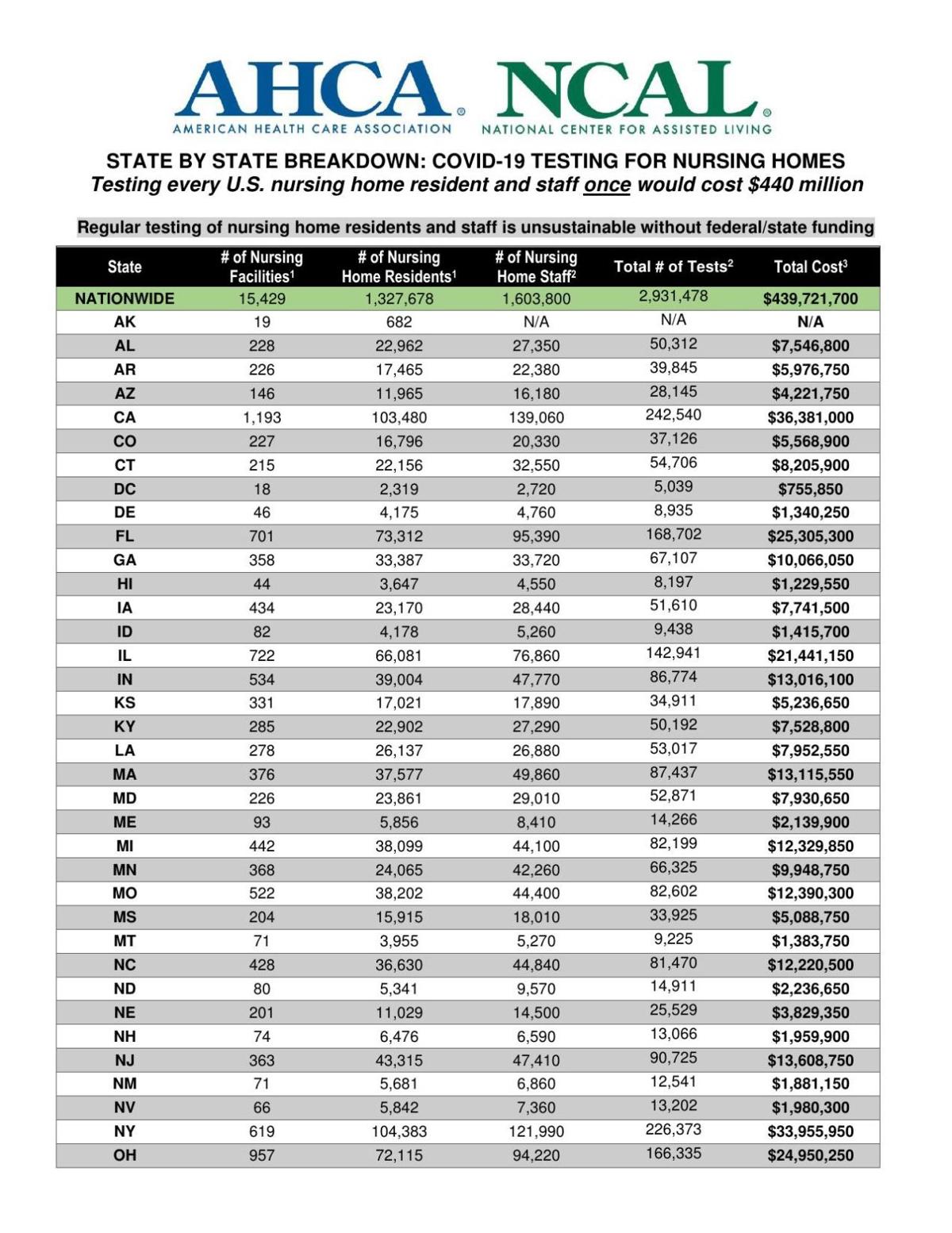