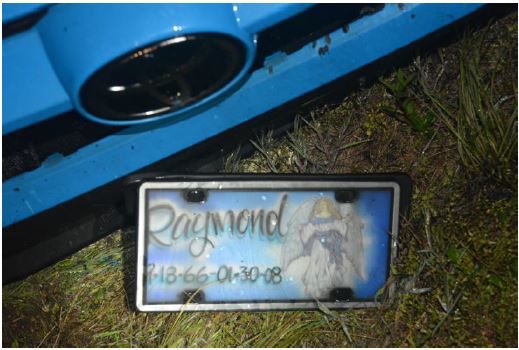 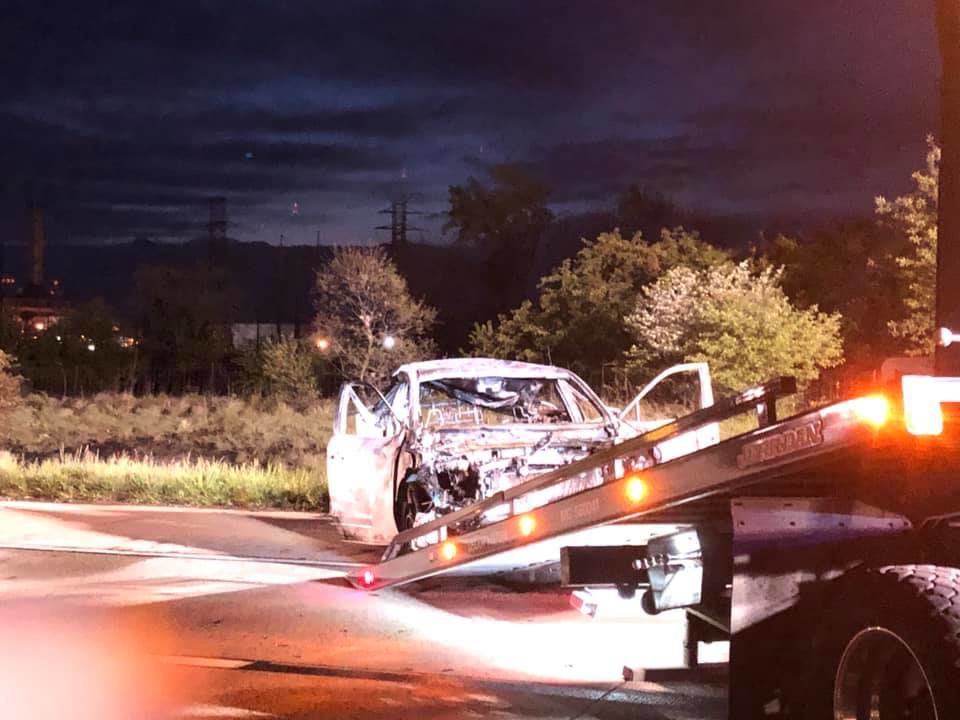 Delaware State Police are asking for the public's help in identifying the driver of a car that exploded in flames after getting hit from behind on I-495 near Edgemoor.

Troopers say the crash occurred just before midnight on Sunday, May 10, 2020.

A blue 4-door Toyota was in the center lane of the interstate when it was hit from behind by a Dodge Challenger driven by a 45-year old Wilmington man.

The impact ruptured the Toyota's gas tank and sent the vehicle off the interstate, and down an embankment where the driver was trapped inside the burning car.

According to an investigation by the state police Collision Reconstruction Unit, the Challenger ended up more than 1-thousand feet from the point of impact.

The driver of the Dodge was treated on scene for minor injuries.

Due to the fire damage, police say there is very little known about the vehicle or driver but they have published a photo of a front vanity license tag that reads: “Raymond 9-18-66 – 01-30-08."

The northbound lanes of I-495 at 12th Street were closed for six hours during the investigation and cleanup.