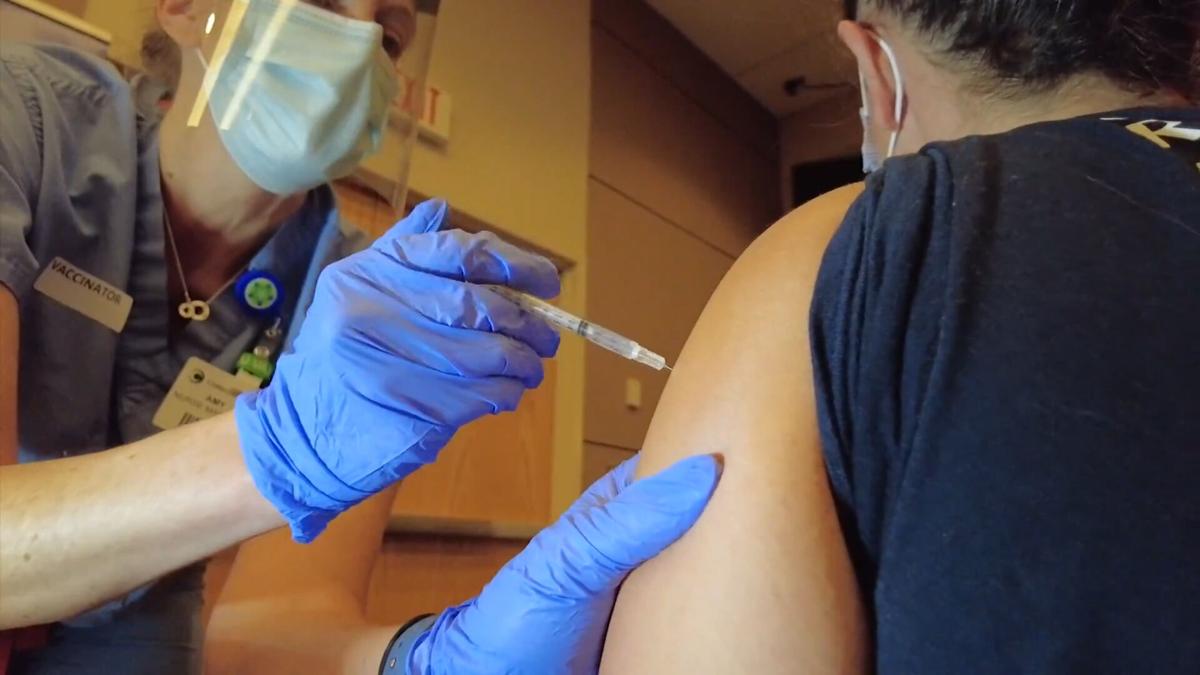 Sixteen percent of Delawareans surveyed said they either "definitely won't" or "probably won't" get the COVID-19 vaccine while 70% percent will "definitely" get vaccinated, according to a new state survey.

The online survey conducted between December 16-20, 2020, contained 5,700 respondents, with the majority, 2,492 from New Castle County. Sussex County had 1,171 participants while Kent County saw just 648 respondents. The bulk of participants, nearly 35%, were between the ages of 35-54. An overwhelming majority were females, who've been vaccinated at nearly twice the rate of men, according to the state's vaccine tracker, and Caucasian.

The survey sought to elicit thoughts and feelings on the vaccine and gauge what may be leading to any vaccine hesitancy. Of them, the majority said they're in good health and also got their flu shot. An overwhelming majority, just over 90% said they did not have anyone in their household test positive for COVID-19. Few expressed barriers being in their way of being vaccinated.

Of the reasons identified for not getting the vaccine, nearly 80% believe the vaccine was developed too swiftly and wasn't tested enough. The belief stands strong despite public health officials' best efforts to tout the safety and efficacy of the Pfizer and Moderna vaccines that were tested in tens of thousands of people.

"There's still thoughts that vaccine may not be safe and effective. We have administered multiple doses across all populations, and we're so far, doing very well regarding the number of side effects or the number of severe reactions," said Dr. Rick Hong, the state's medical director at Friday's COVID-19 vaccination task force meeting.

"At one point one of the hospital systems returned several, couple thousand doses for one of our DMV clinics several weeks back because they had some hesitancy among staff," he said.

As many as 73% have concerns about side effects while nearly 48% said they don't trust the government or the Centers for Disease Control.

"There's also mistrust given prior mistreatment of the system," said Hong.

When asked what influence a person's decision to get vaccinated, 50% said they'd look to their doctor's recommendation. More than 66 % said they'd research the science and that would influence their decision. Twenty-five percent said they'd wait several months to gauge side effect in others.

Just under half of those surveyed, 48% said they have confidence the vaccine is "safe" and "effective" while 16% have "not much" or no confidence in the vaccine.

In response to the survey, the Delaware Division of Public Health said it's conducting focus groups to help inform future educational efforts.

"Multiple discussion groups are being conducted with a variety of Delawareans from across the state to better understand consumer perceptions of the vaccine, hesitancy about getting the vaccine, where people get their information on the vaccine, and to test possible messaging, with a particular focus on underserved communities," said DPH spokeswoman Jennifer Brestel.

Check out the results of the survey: