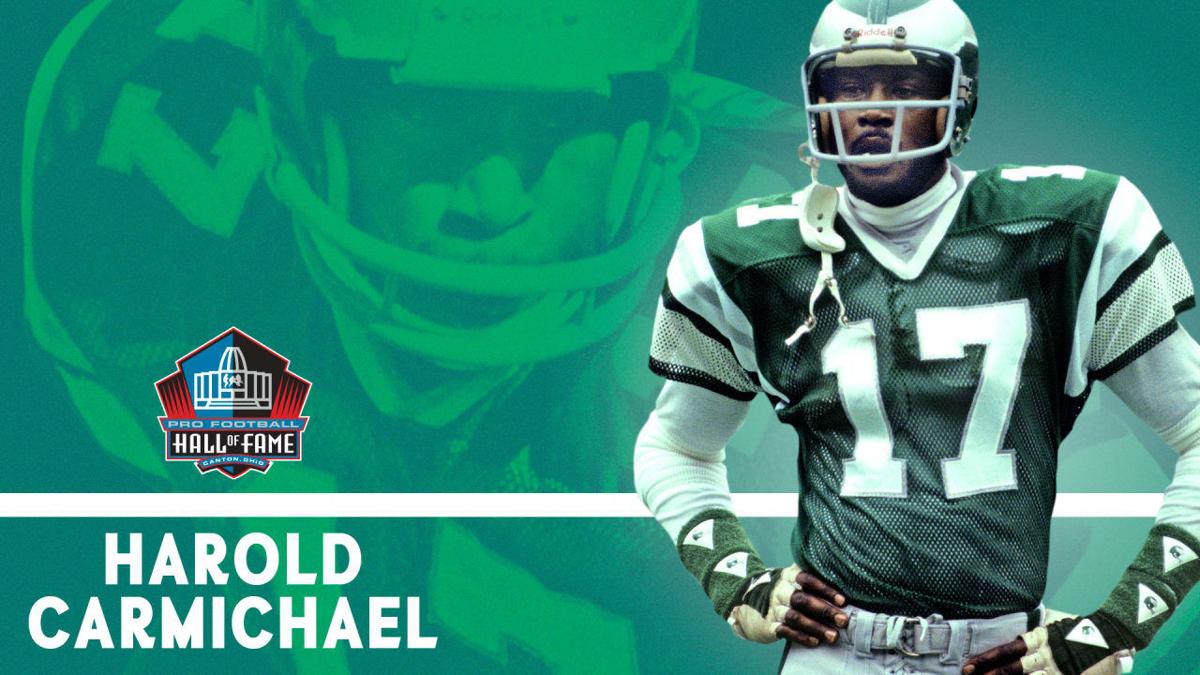 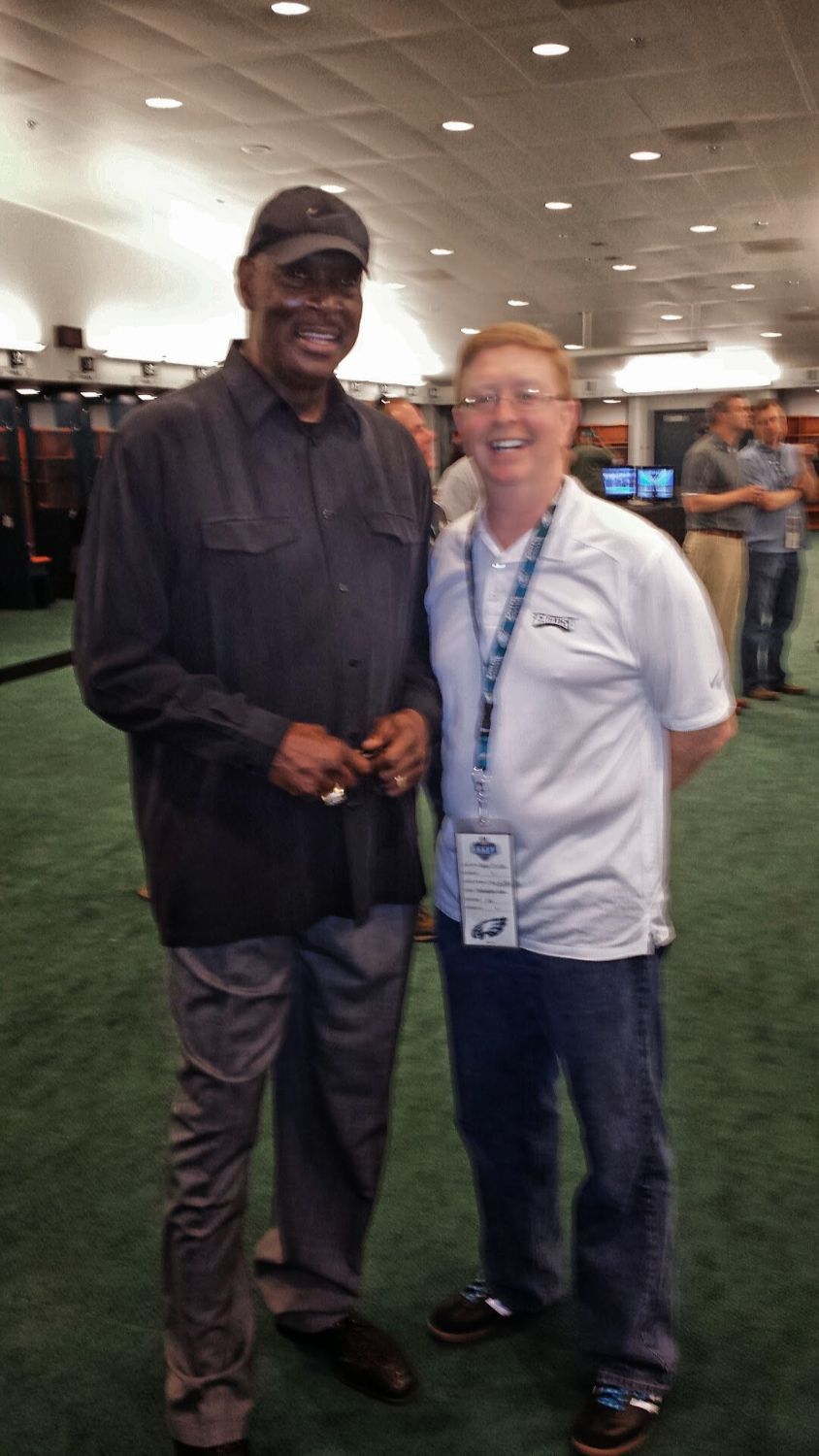 This reporter met Harold at an Eagles draft party

This reporter met Harold at an Eagles draft party

At six-feet, eight-inches tall he was, and still is, the tallest NFL player to ever play at the wide receiver position.

And no Eagles fan will ever forget seeing him unfurl the wingspan on that 6' 8" frame for a touchdown spike that would put Gronk to shame.

And he did it plenty of times. 79 times to be exact in a 14-year old NFL career, thirteen with the Philadelphia Eagles between 1971 and 1983.

Harold Carmichael will be enshrined in the National Football League (NFL) Hall of Fame in Canton, Ohio as part of the Centennial Class of 2020.

Big #17's career totals are 590 receptions for 8,985 yards and 79 touchdowns and he was THE dominant wide receiver in the decade between 1973 and 1983 when he led all receivers in all three of those categories.

But Carmichael stayed with the franchise and was rewarded with a trip to the Super Bowl in 1980 under coach Dick Vermeil.

Between 1972 and 1980 Carmichael set a then NFL record with a pass reception in 127 consecutive games.