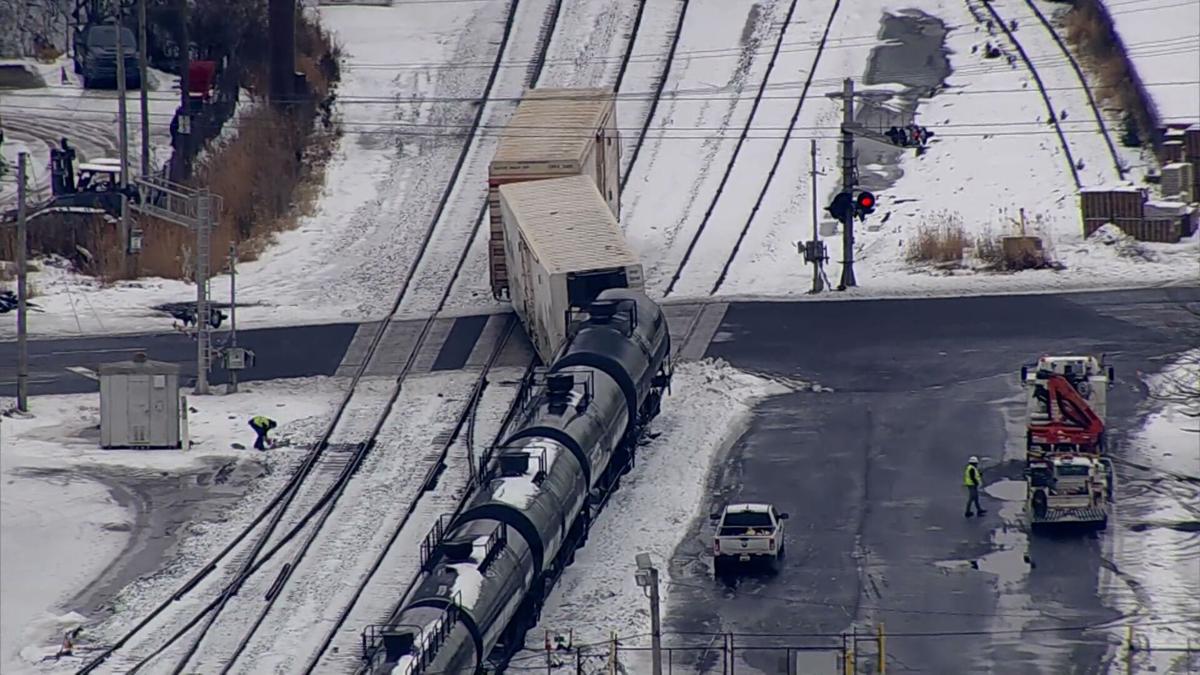 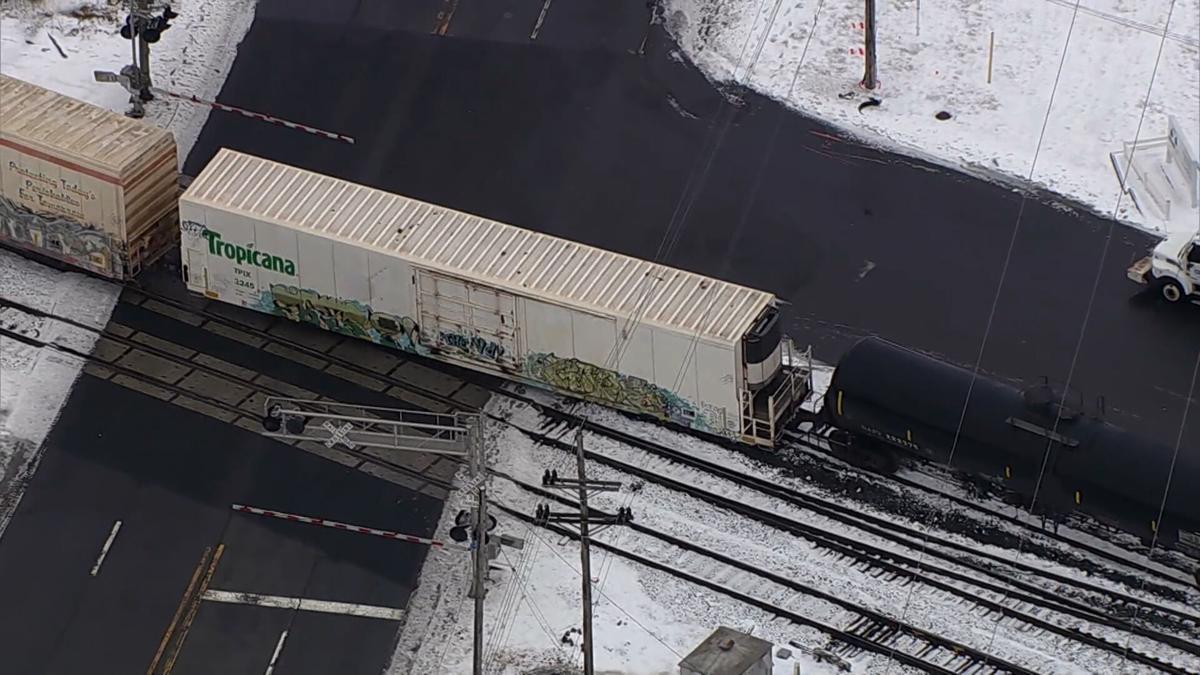 Freight trains stretched across Centerville Road near Prices Corner are not an uncommon sight, but an incident Tuesday morning, February 23, 2021, was more of a rare occurrence.

Delaware State Police said they were notified of a train derailment around 6:45 a.m. at the rail yard behind the new Amazon facility.

The derailment closed the roadway between Old Capitol Trail and Boxwood Road.

An aerial view of the scene from NBC 10 showed what appeared to be the second to last car of the train off the rails at the road grade.

The last two cars were box cars following a string of tank cars.

No one was injured in the incident.