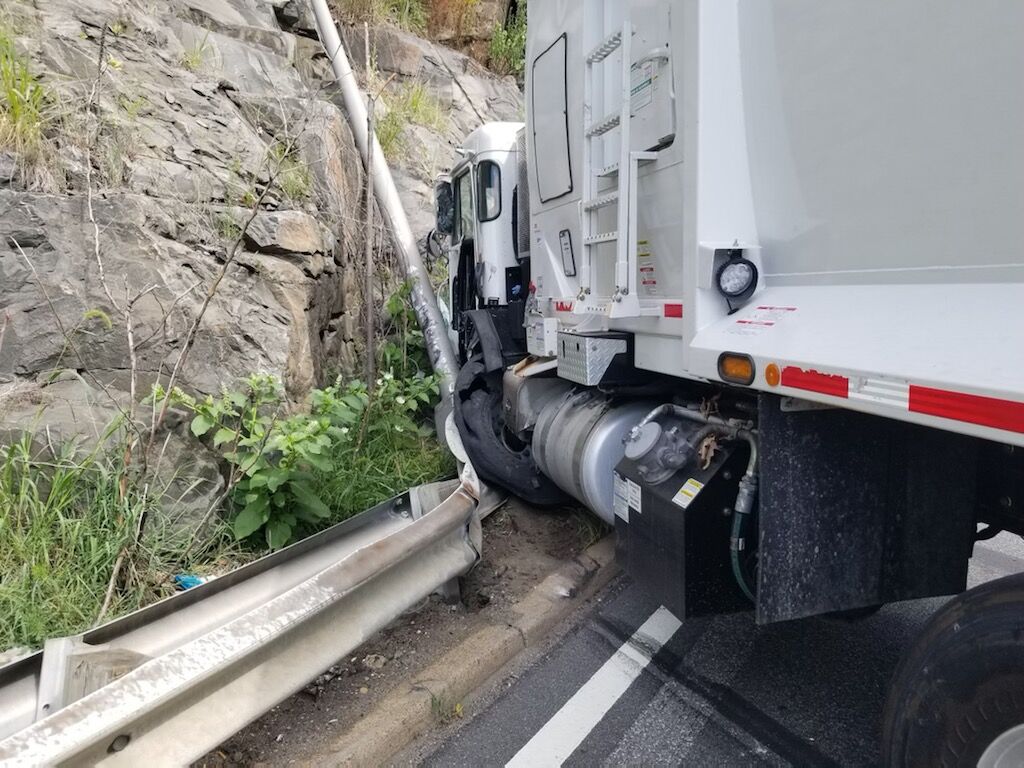 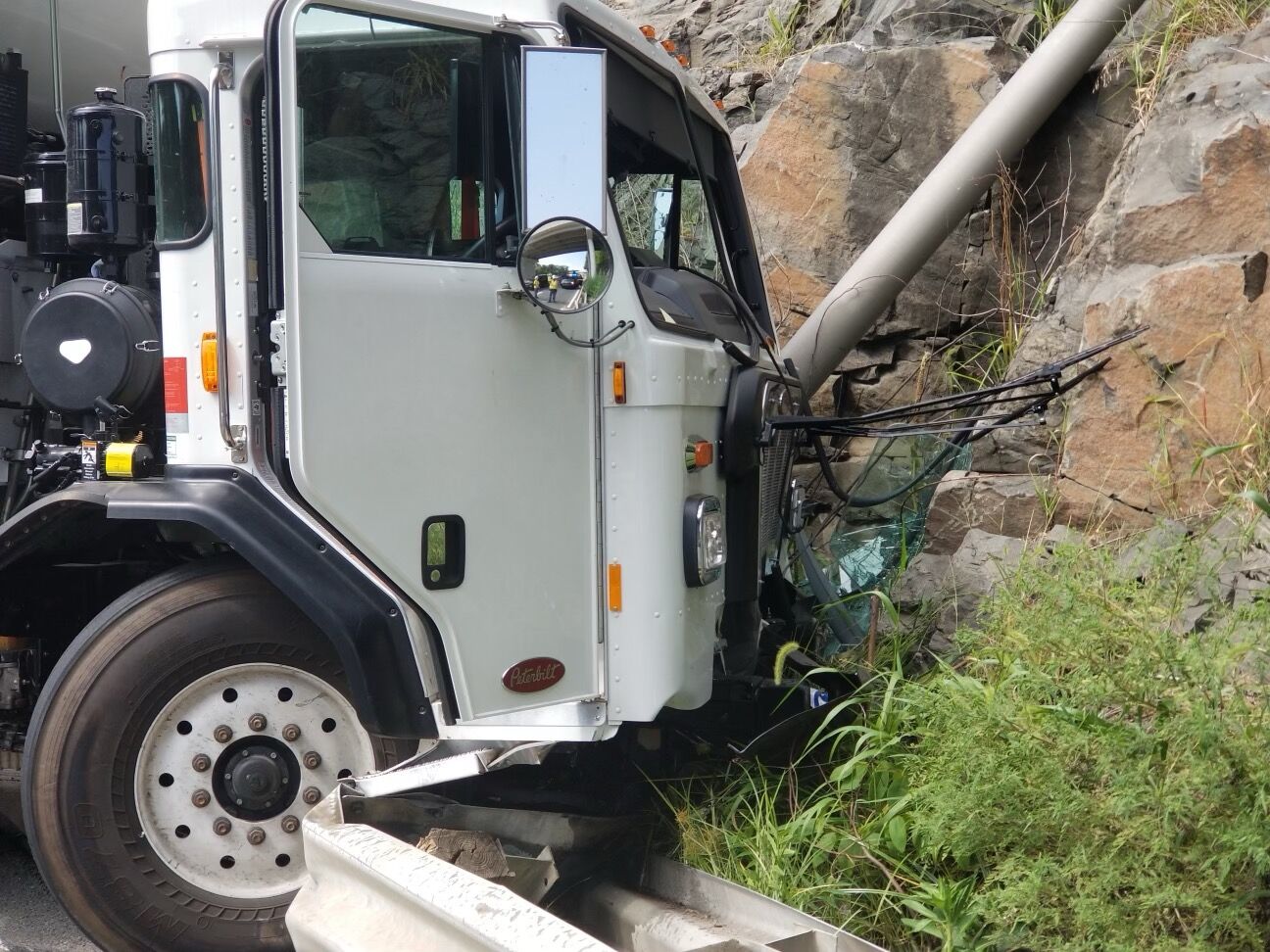 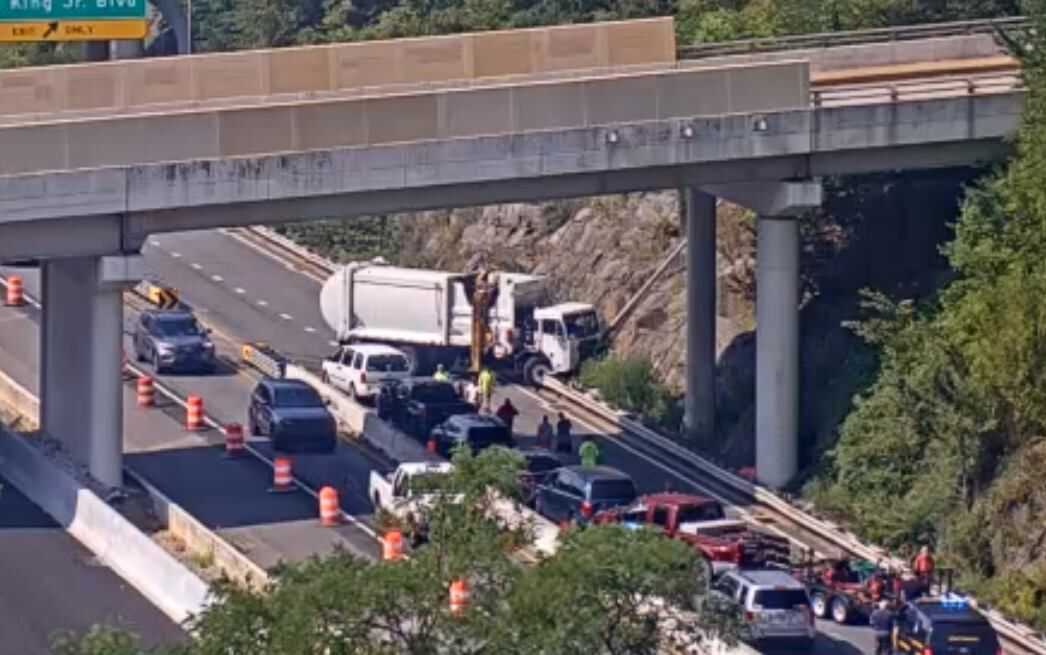 Interstate 95 southbound in the downtown Wilmington work zone was closed for more than two hours due to a crash involving a trash truck late Friday morning.

Preliminary indications based on skid marks at the scene show the truck apparently went through the emergency crossover gap, smashed through the southbound guardrail, took out a light pole, and ended up against the rock wall.

No injuries, and no fuel spill were reported.