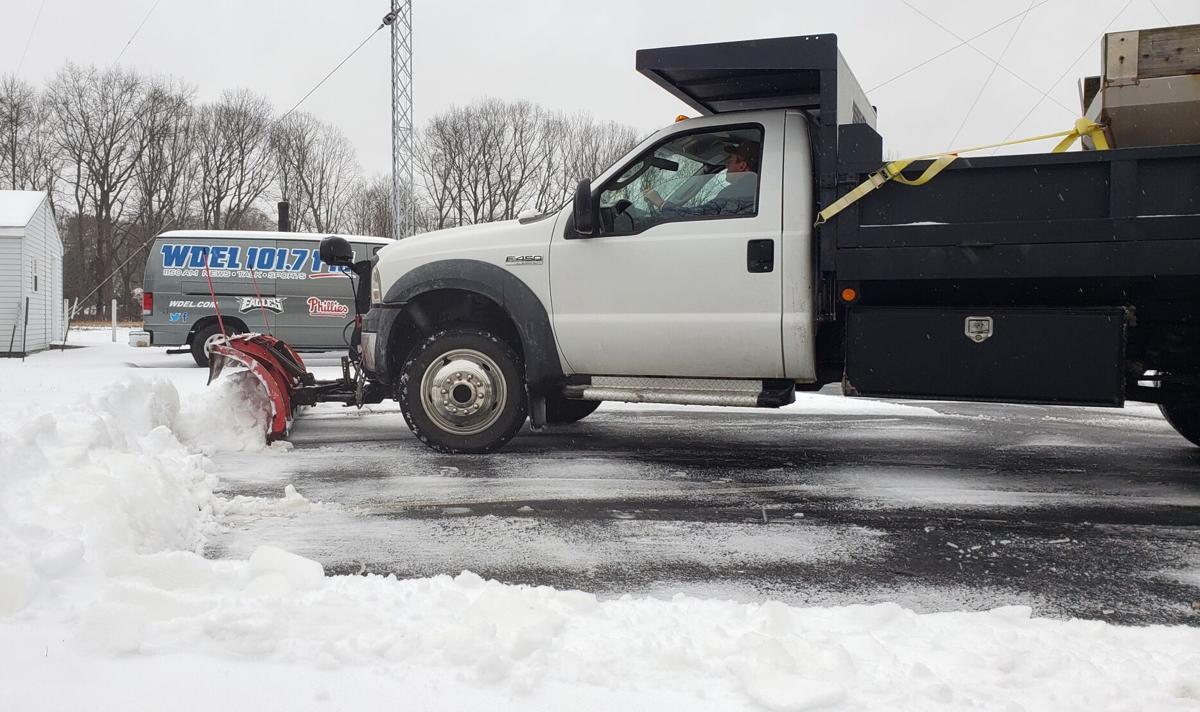 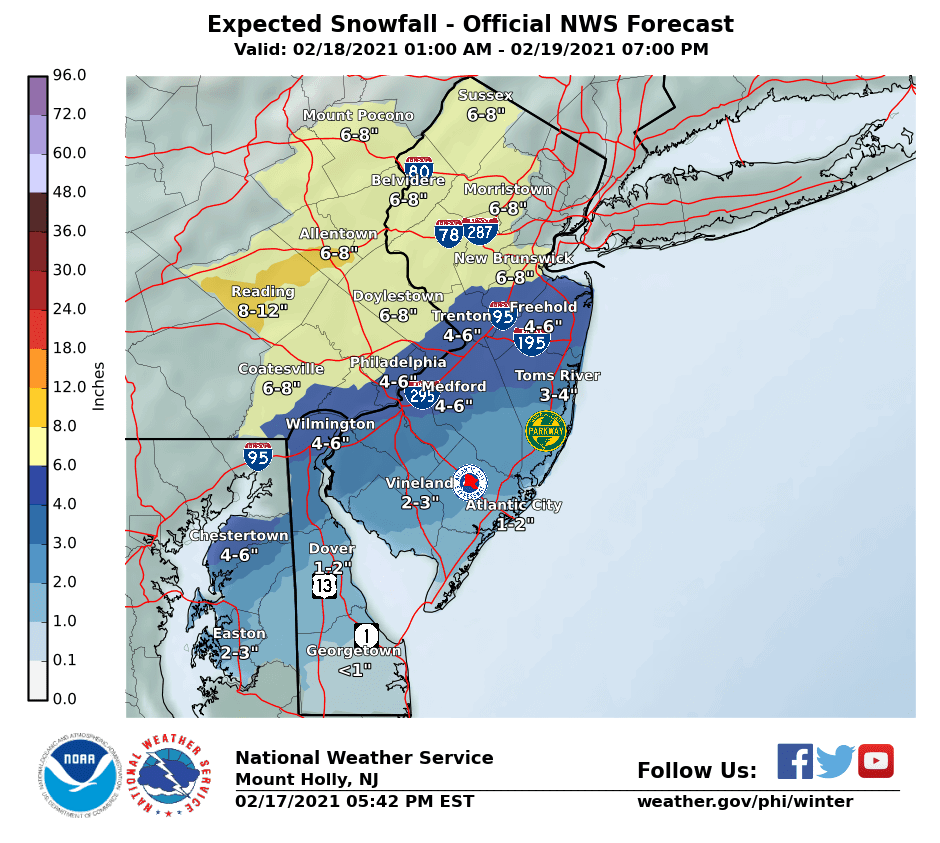 Delaware is dealing with another winter punch with a Winter Storm Warning in effect in New Castle County through 10 a.m. Friday.

Forecasters expected the snow to begin just before daybreak Thursday, with a potentially heavy burst of snow in the late morning hours, potentially up to an inch an hour, at its peak.

Here's a look at snow totals:

The challenge was where, and when, warm air would spin into the system aloft, transitioning the snow to sleet, freezing rain, or plain rain.

"A little tongue of warm air about one degree above freezing that snuck in a few thousand feet up and it just kind of wavers back and forth," said Powell.

"Admittedly, the ice got in here a little bit quicker than expected and that's not necessarily a good thing," said Powell.

Frozen precipitation is likely to linger.

"It lightens up and becomes more intermittent overnight tonight into tomorrow morning [Friday] but temperatures still really never make it to, or above, freezing," said Powell.

DelDOT community relations manager C.R. McLeod said the wintry mix is accumulating quickly on the roadways, just like at your house, when you shovel, head inside, and see your walk covered again.

"It's just going to be a constant battle today to keep pushing off this icy, wintry mix that just keeps coming down. It's not so much snow--I saw a couple descriptions that I liked--I saw one that called it 'sugar snow.' I also saw one that said it looked like somebody spilled a giant snow cone. Those are very accurate descriptions for what we're seeing today."

McLeod said they'd like to see less freezing rain. He's urging you to say off the roads, if you can.

"It's not the best day to be out if you don't need to be out. If you are going to be out, roads are passable, but they're not going to be perfect; they're going to be slush-covered, especially the turn lanes. Two lanes may only have one really clear lane, and just encourage everyone please slow down and give yourself plenty of room between you and other vehicles. Give our plows plenty of room to operate as well," he said.

After the storm pulls away in the afternoon on Friday, Delaware will be left with sunny skies for the weekend, with highs Saturday and Sunday around 35 degrees.

As for Monday? Another chance of snow turning to rain, but it is too early to comb through those details.