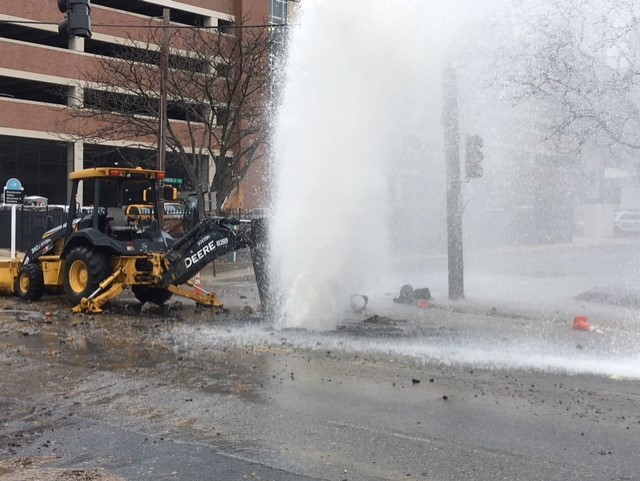 A backhoe punctured a water main on Washington Street in Wilmington 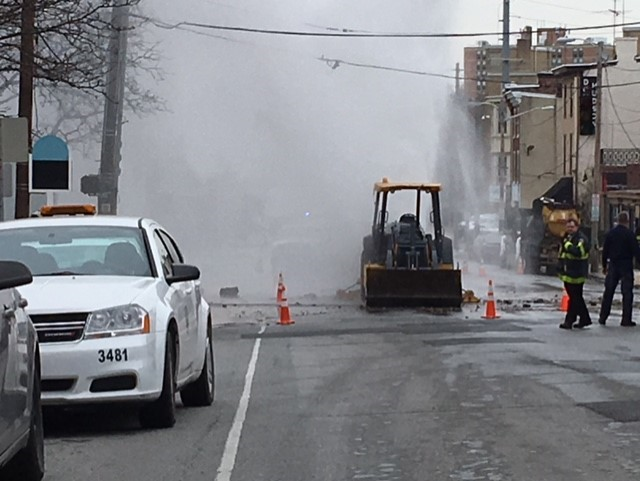 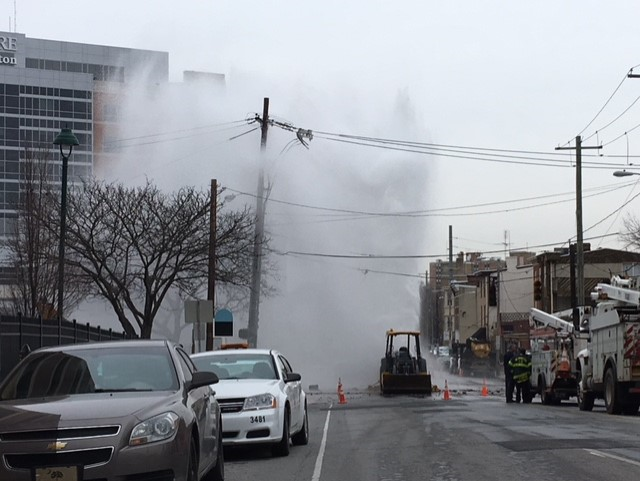 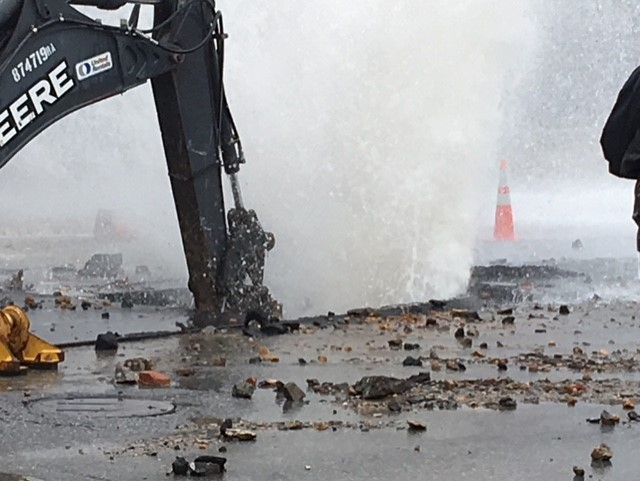 A backhoe punctured a water main on Washington Street in Wilmington

"The water main break at 13th and Washington Streets has been repaired and water is flowing again to all affected customers. Public works crews have backfilled the area and are awaiting the arrival of a cold patch mix before they apply final fill and vacate the scene."

A geyser of water flew more than 30 feet above Washington Street in Wilmington after a backhoe hit a major water main.

The incident happened around 10:30 Thursday morning, March 1, 2018 alongside Wilmington Hospital.

The roadway was shut down as city officials from the Public Works, Fire and Police departments along with Delmarva Power descended on the scene.

Hundreds of gallons per minute were shooting out of the ground for more than an hour as workers grappled with getting the water shut off.

The water erupted with such force that it was throwing pieces of asphalt and rock into the air which then clanged off the backhoe which was still under the fountain.

Christiana Care officials say they initially experienced low water pressure at the Wilmington Hospital but the pressure has returned to normal and there was no disruption in service to patients.