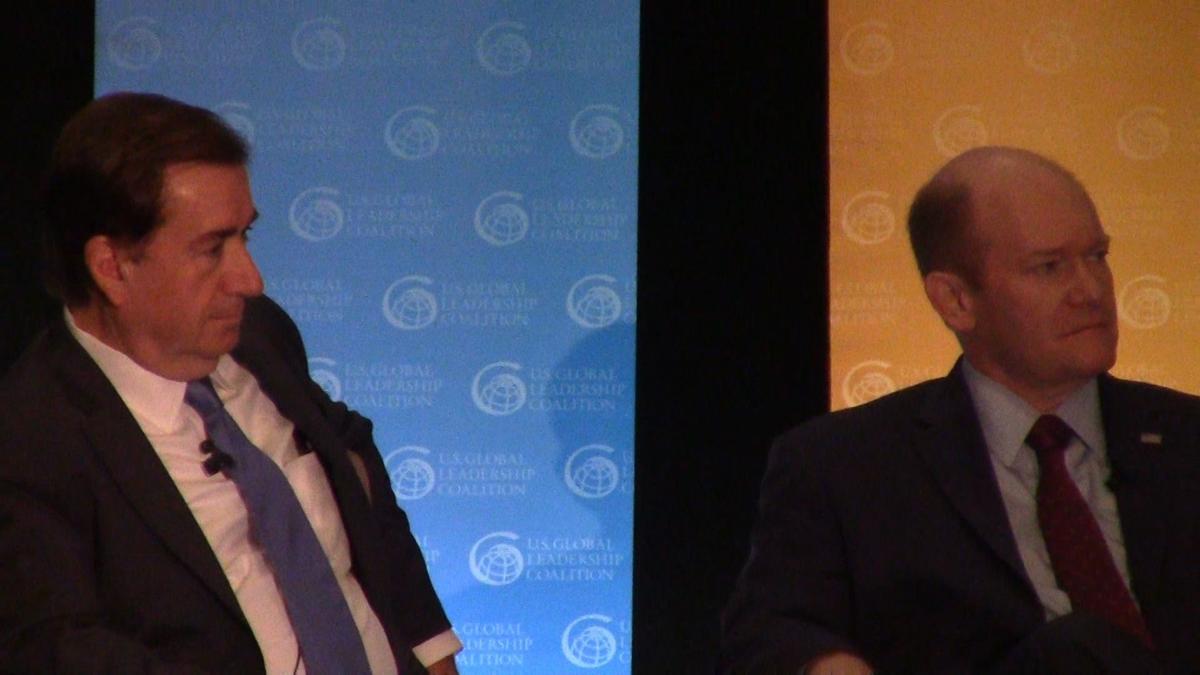 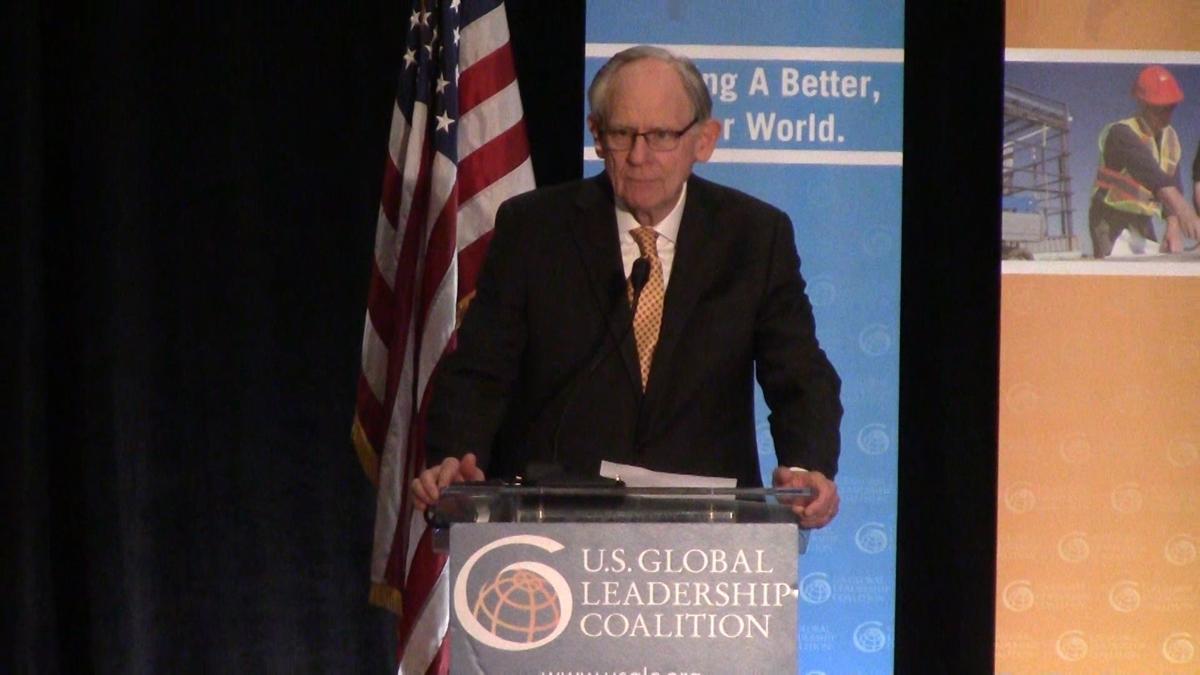 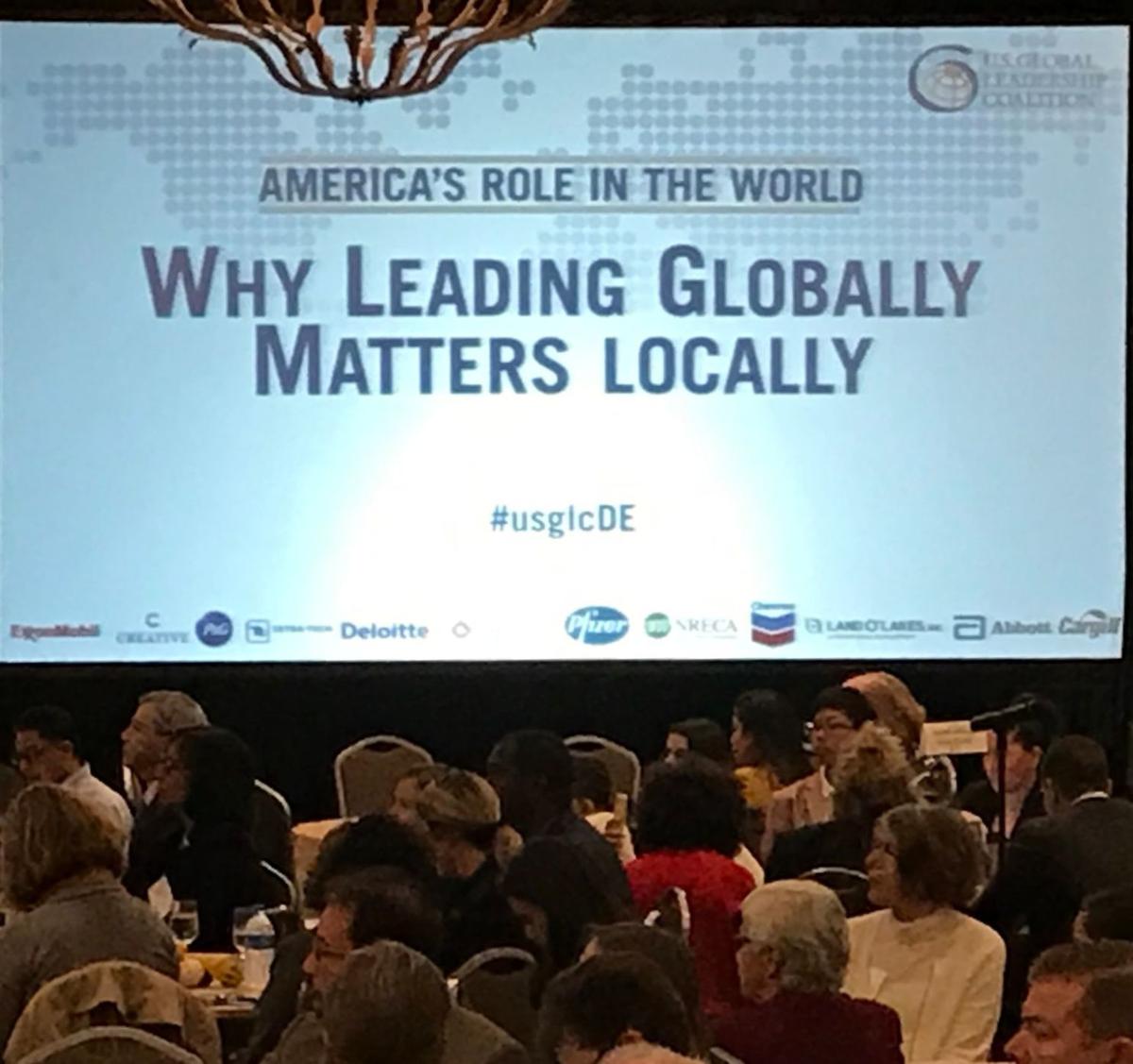 The event brings together business, community and political leaders to discuss important issues of national diplomacy on topics ranging from climate change to global food security to investing in Africa.

USGLC President and CEO Liz Schrayer said it's a summit for everyone.

"Faith leaders, business leaders, veterans, students that have gathered together to talk about why leading globally matters locally right here in Delaware and the Mid-Atlantic region.

"And we're going to talk about why global health and why engaging in Africa, why education, why are programs and public-private partnerships in the world really matter here locally to our economy, to our security, to our values."

Schrayer said there's a lot going on in Washington that pulls people apart.

"This is one area--and business people will tell you--that actually Democrats and Republicans join together and agree on. And they agree that we cannot pull back from the world.

"Ninety-five percent of world consumers live outside of the U.S., and so if we're going to compete globally, we need to engage globally in order to enhance our own economic interests."

In the spirit of bipartisanship that the coalition promotes, former Republican Governor and Congressman from Delaware Mike Castle presented the opening remarks at the event on October 28, 2019.

Then, Schrayer joined with Democratic U.S. Senator Chris Coons from Delaware and former Republican Congressman Ed Royce from California for a question and answer session.

Both men agreed dealing with China on trade is one of the biggest struggles facing the U.S. on the economic front, and they both concurred that in squaring off with Beijing caution has to be used to prevent collateral damage from occurring.

"We have to get tough with Beijing but we want to do it in a way in which with our other trading partners we don't end up with a tariff war," said Royce, who pointed to the Smoot-Hawley Tariff of 1930 as an example of how trade diplomacy can backfire.

"The ways in which our domestic politics are seen as broken and getting worse is an inevitable part of the conversation and that creates a headwind for American business globally," said Coons.

Both Coons and Royce also pointed out the importance of investing in the African continent where Russia and China are engaging African leaders.

Coons is a member of the Senate Foreign Relations Committee and the Appropriations subcommittee that funds foreign assistance.

According to statistics in Delaware 100,000 jobs and $4.7 billion in exports depend upon international trade.