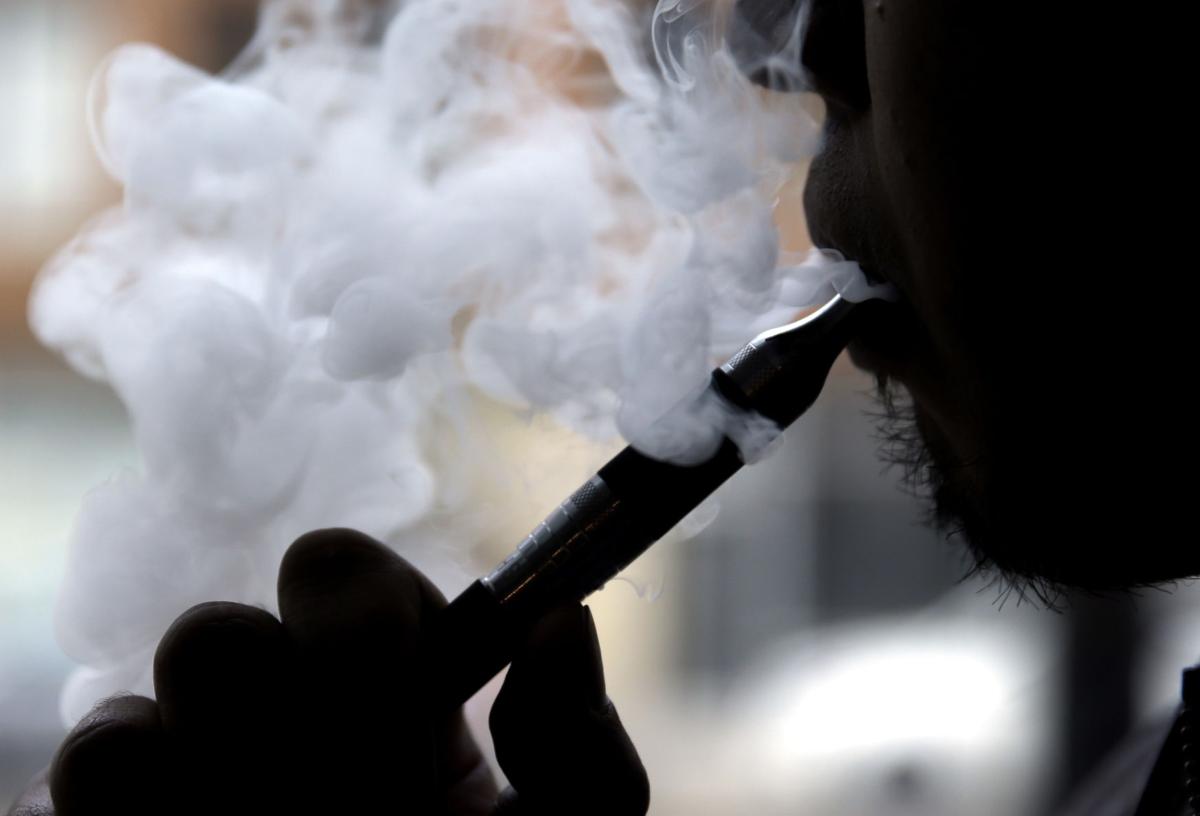 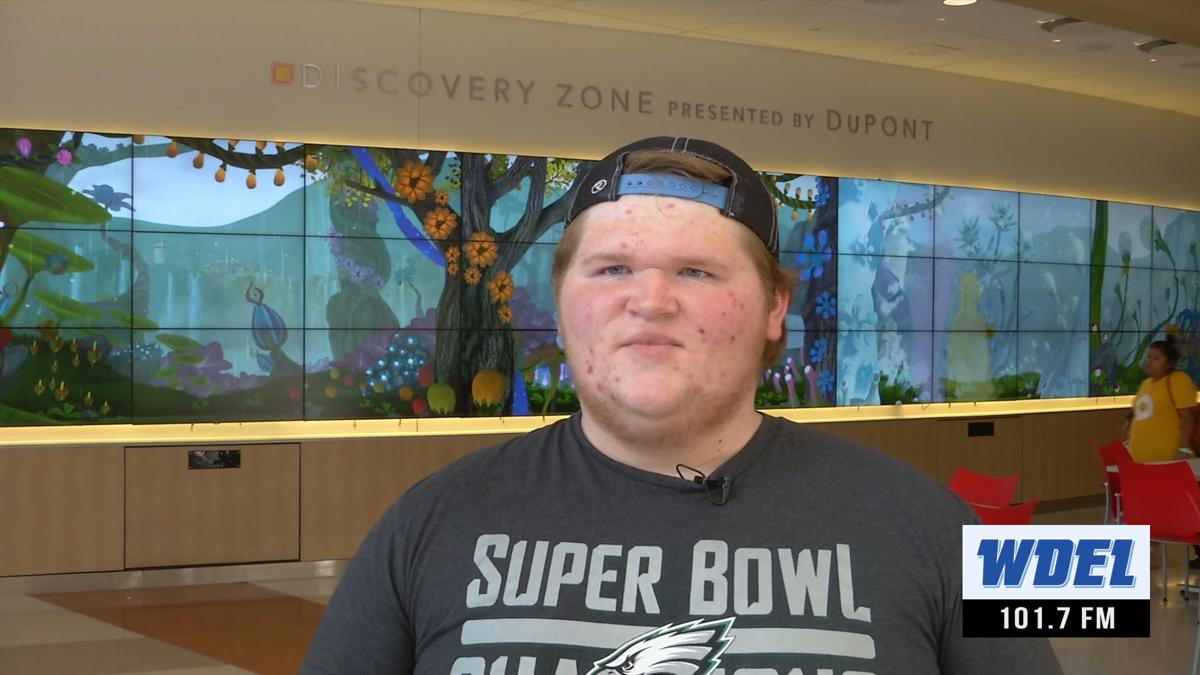 Eddie Sullivan was nearly killed by vaping, according to doctors at A.I. duPont Hospital for Children. 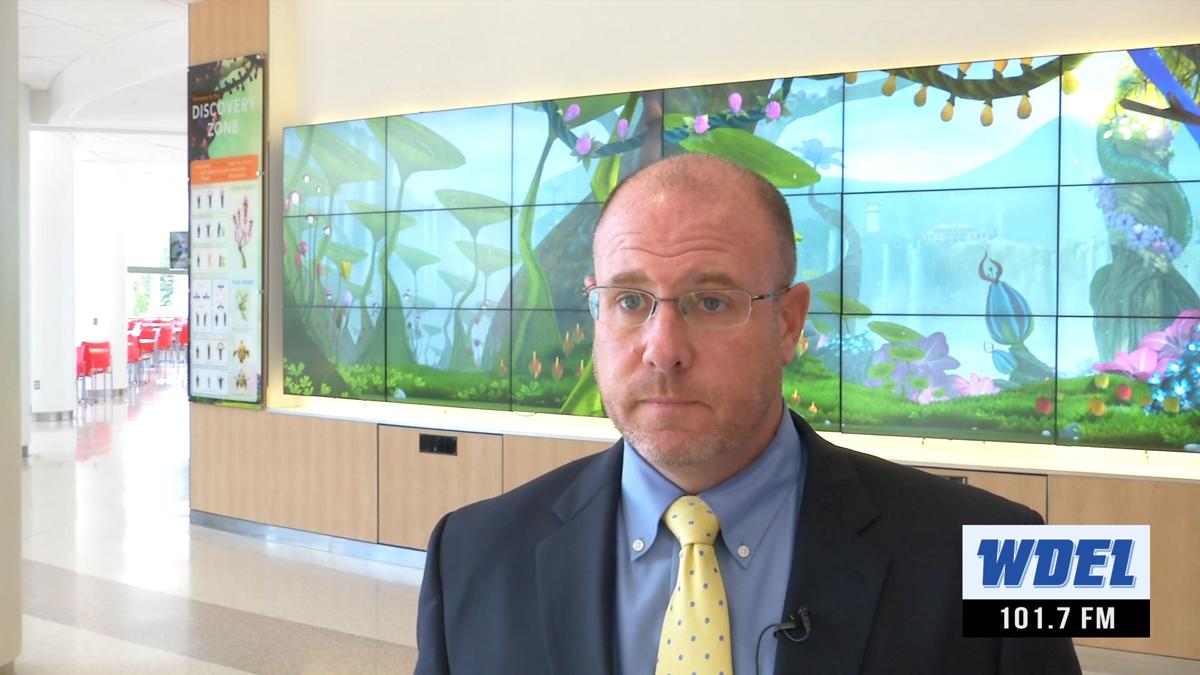 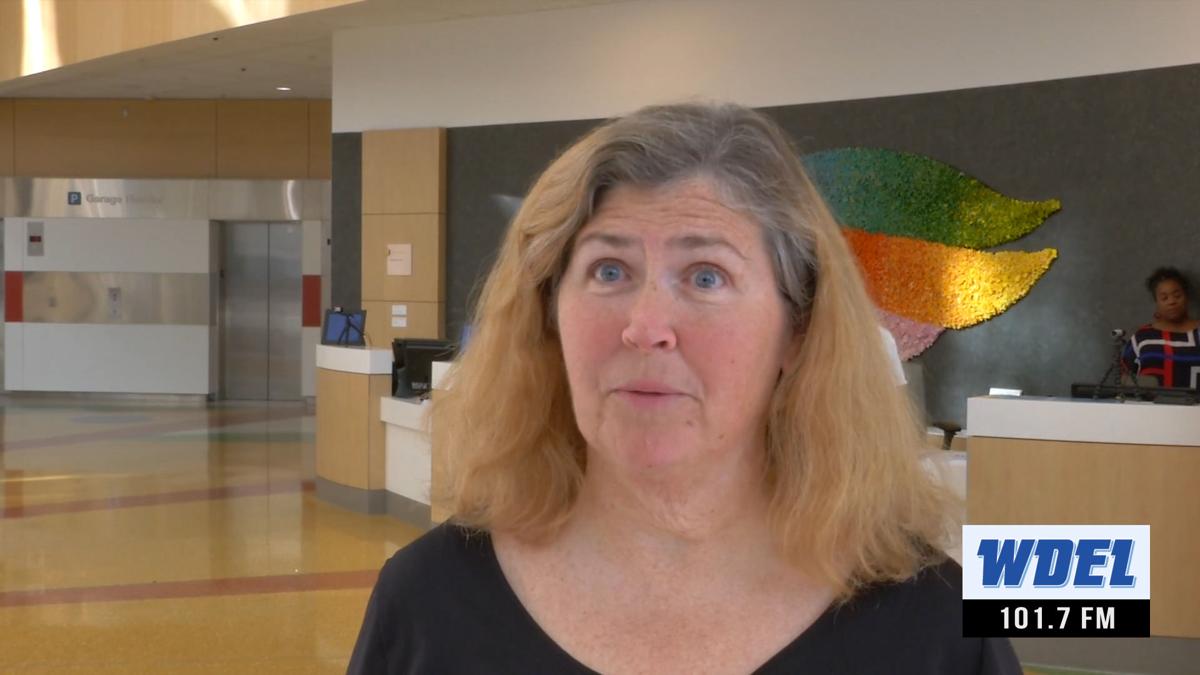 Eddie Sullivan of Aston, Pennsylvania, was just like other teens--he played football, hung out with friends, and fell victim to peer pressure.

"I don't know what's in them, and I just did it because everybody was doing them."

Sullivan had been vaping for nearly a year; he claims he stopped two to three months before it landed him in the hospital when he experienced chest pains and trouble breathing. He was diagnosed with pneumonia at Riddle Hospital.

"I couldn't breathe, it didn't feel like this lung was in play, it just felt like I was breathing off one lung."

He was transferred to Nemours A.I. duPont Hospital for Children, where his mother, Geri, said doctors were blunt:

"Initially, we thought it was pneumonia. They were trying to rule out some things. Is it tuberculosis? Is it a weird strain of pneumonia? They called infectious diseases to try to see him; they were just trying to rule everything out...they put us in this room where they had to come in with masks and special gowns. I was like, 'What is going on?'"

Then, doctors asked his mother to step out of the room, Eddie Sullivan confided in them that he was vaping. Doctors' diagnosis: pneumonitis.

Dr. Nick Slamon, the fellowship program director for pediatric critical care at Nemours, said Eddie Sullivan was very sick when he came through their doors.

Looking back on it, Geri Sullivan said she would find empty cartridges in her son's pants pockets while doing laundry, but admitted she was naive to the dangers of vaping.

Vaping has become an epidemic, particularly among youth. The first vaping-related death was reported in Illinois in August of 2019.

"This tragic death in Illinois reinforces the serious risks associated with e-cigarette products. Vaping exposes users to many different substances for which we have little information about related harms – including flavorings, nicotine, cannabinoids, and solvents. CDC has been warning about the identified and potential dangers of e-cigarettes and vaping since these devices first appeared. E-cigarettes are not safe for youth, young adults, pregnant women, or adults who do not currently use tobacco products," said Dr. Robert R. Redfield Director of the Centers for Disease Control and Prevention on their website.

The U.S. Surgeon General also issued a "call to action" in December of 2018 about the negative health consequences of e-cigarette usage, after reports said one in five high school students partake in juuling.

Oregon health officials are investigating what they believe to be the first vaping-related death in that state as well. Dr. Ann Thomas of the Oregon Health Authority says the person's symptoms were consistent with those of more than 200 similar cases of "mysterious lung problems", affecting people in at least 25 states. Thompson said all health care workers should be on the lookout for symptoms.

"At this point we're just trying to raise awareness that this is a risky proposition. The vaping was always a long-term health concern, and now it's become a very short-term and immediate health concern," said Thomas.

Dr. Sloman said vaping is not a safe alternative to smoking.

"Actually, vaping is dangerous for multiple reasons. It super heats that liquid into a vapor and that super-heated liquid may transform some of the chemicals into something that's toxic to the lungs, and it cause what's a chemical pneumonitis," he said. "Inhaling anything into your lungs other than the air and oxygen we breathe is dangerous, and it can cause permanent damage to the lungs."

Michigan has become the first state to ban flavored e-cigarettes Wednesday.  Governor Gretchen Whitmer called it a "public health crisis." The ban will go into effect within 30 days as the state health department continues work on a regulation.

Vaping has taken many forms, including devices that look like Apple watches, keychains, and even USB devices, making them easily concealable. It's unclear whether the national outbreak of lung illnesses is linked to defective vaping devices or a particular liquid.

"I don't think it matters, if it's private, public, parochial, I think it's everywhere, and unfortunately, it's even with younger kids, like middle school kids, I see middle school kids walking home like through my school parking lot, vaping or juuling or whatever," he said. "There's no odor to this smoke, so I feel like they could be doing it in their parents' houses right under their noses and parents don't even know that it's happening."

Geri Sullivan said she's sharing her son's story in hopes of helping others.

"You have to be aware that it's happening--don't think 'it's not my kid' because it's out there. Your kid can be in a social situation where they're tempted to do that too. We have to educate ourselves and not be so naive to it, and really understand the dangers of vaping, and speak out...understand that this is something that's a little out of control right now," said Geri Sullivan.

"We don't know what's in these things, and I feel like they're marketing is designed to appeal to teenagers and adolescents, and if my story, sharing Eddie's story can help somebody stop vaping and not do it anymore, then it's worth it," said Geri Sullivan.

Eddie Sullivan is alive, but is still feeling the effects of his bad choice.

"I can't exercise at all, I can't play football...when I go back to school, stairs are going to be hard for me. I get out of breath really easily still."

His message to to fellow teens:

"Put down the vapes, it's a waste of money, and it's harmful for your body...I would hate to see anyone go through what I went through."

US Surgeon General issues advisory on teen use of e-cigarettes

Prompted by an unprecedented spike in the use of e-cigarettes among teens, the US Surgeon Ge…

Delawareans may think vaping is a completely safe alternative to smoking cigarettes, but a p…

If you're a smoker who's vaping to try to kick the habit, you'll likely be disappointed by a…

There's a new e-cigarette trend on the rise among teens: JUULing

The Delaware Division of Public Health is advising parents and teachers to be aware of a recent trend among teens known as “JUULing,” an electronic cigarette disguised as a flash drive.

The death of a woman in northern New Jersey is being reported as the first death in the state associated with vaping, health officials announc…

Vaping as an alternative to smoking, and the deaths that followed

Passenger gets entire plane to herself

The Woman Behind Orangetheory