The woman who was the victim of a sexual assault by an on-duty Wilmington Police officer in October, 2018, is speaking out publicly for the first time.

In a Zoom news conference at the offices of the Igwe Law Firm in Wilmington, Tyneka Cephas recounted, in sometimes graphic detail, how then officer Thomas Oliver assaulted her.

Cephas said Oliver was in his patrol vehicle when he made verbal contact with her, and told her to get in.

Since Cephas had an active warrant she complied and started to get in the back of the police vehicle since she thought she was being arrested.

According to court documents, Cephas said Oliver then told her in exchange for oral sex, he wouldn't arrest her on the warrant.

She said she tried to get out of the vehicle, but eventually complied.

Court records obtained by WDEL at the time indicated the woman reported to authorities "it was obvious that if she didn't comply she would be taken to jail."

After he was done he ordered her out of the vehicle.

"He threw some money at me," said Cephas, "and when I got halfway up the street I looked at it and it was three dollars. He treated me as if I was a prostitute."

Cephas said she told her brother what happened and she went to Christiana Hospital where she was treated for a shoulder injury.

Oliver, an 11-year veteran of the Wilmington Police Department, was charged with second-degree rape, extortion, and official misconduct following a four-month investigation.

A New Castle County jury acquitted Oliver of rape and extortion, finding him guilty only of misdemeanor official misconduct. He was sentenced to one year probation.

Cephas filed a lawsuit in October, 2020, against Oliver, Wilmington Police Chief Robert Tracy, and the City of Wilmington. 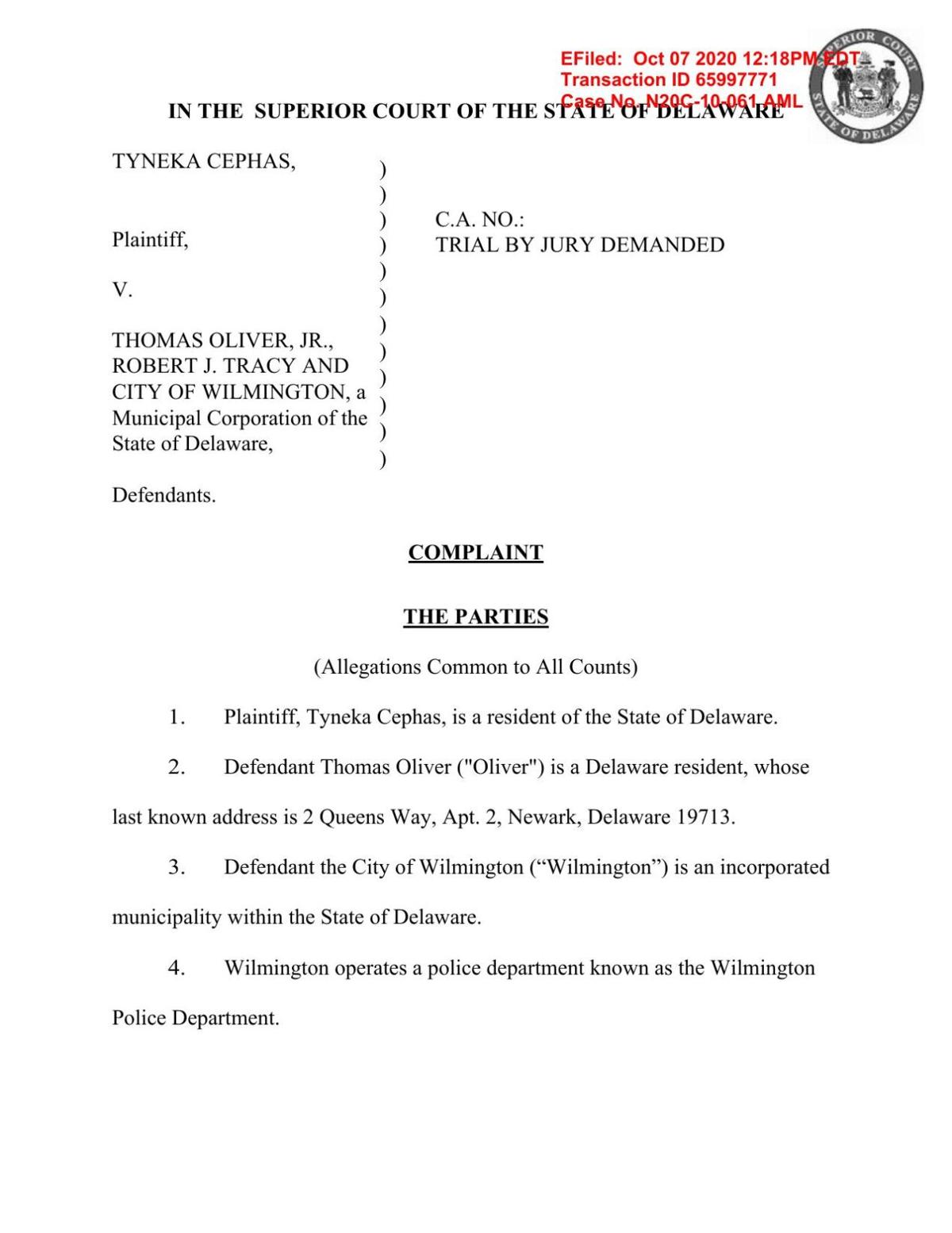 "We are demanding that the police chief of the Wilmington Police force, and the Mayor of Wilmington, reach out to Ms. Cephas, something they have not done," said Igwe.

And they're looking for a resolution of the lawsuit.

Due to the pending litigation the Wilmington Police Department said they could not make any further comments.

"This course of action was important not only for the victim in this case, but also to uphold the integrity of this department and the 314 other public servants who work tirelessly to promote and enhance public safety," said Tracy.

At the time of Oliver's sentencing in October, 2020, Tracy again addressed the incident, referencing previous remarks about the case.

"As I noted in February 2019 at the conclusion of the investigation our department initiated, the charges against this man remain deeply troubling, sickening and disheartening," said Tracy.

Former Wilmington PD corporal gets probation after being convicted of misconduct, but not rape in on-duty oral sex case