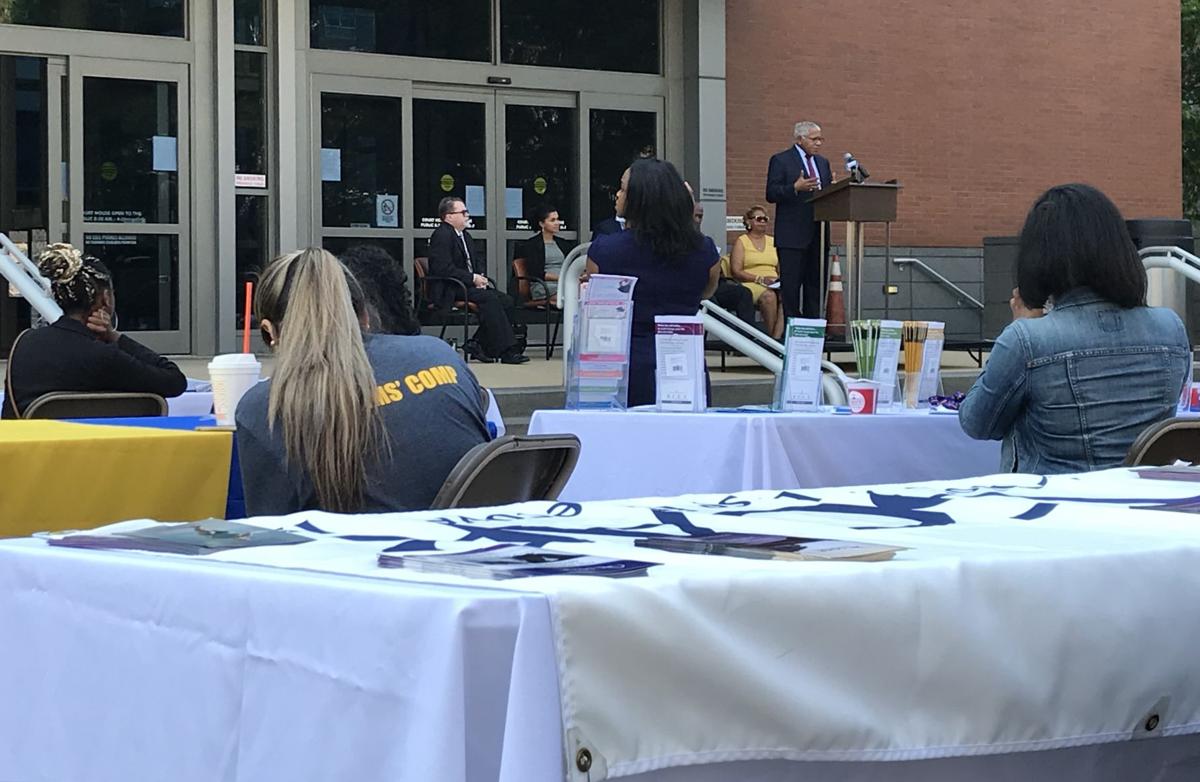 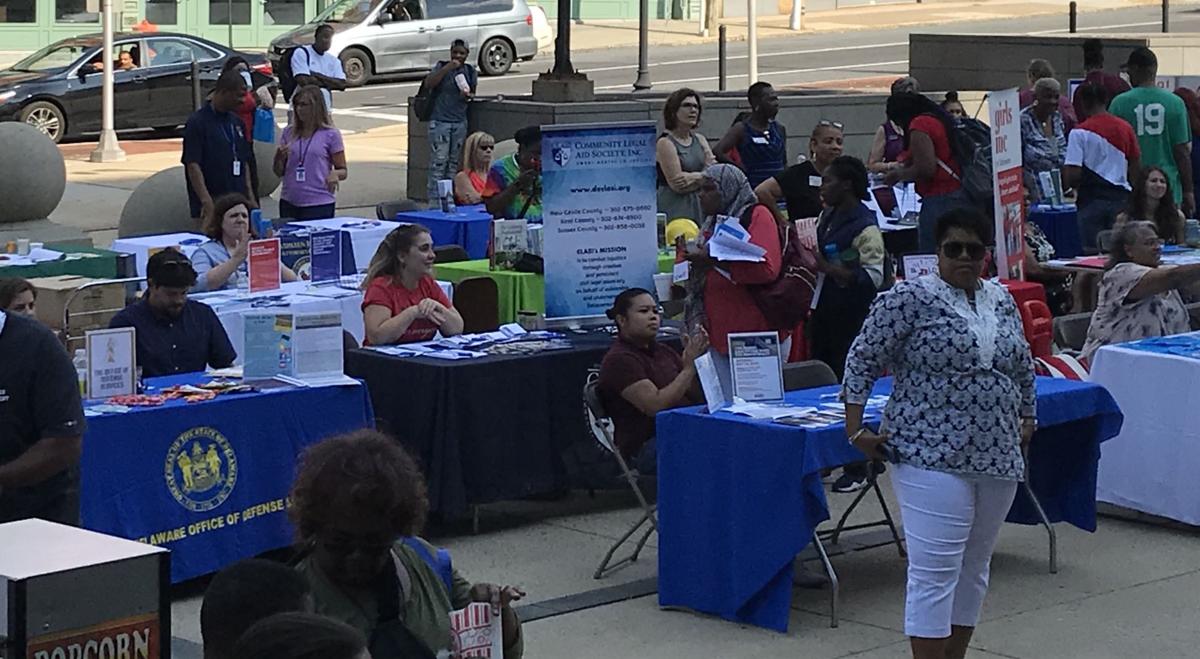 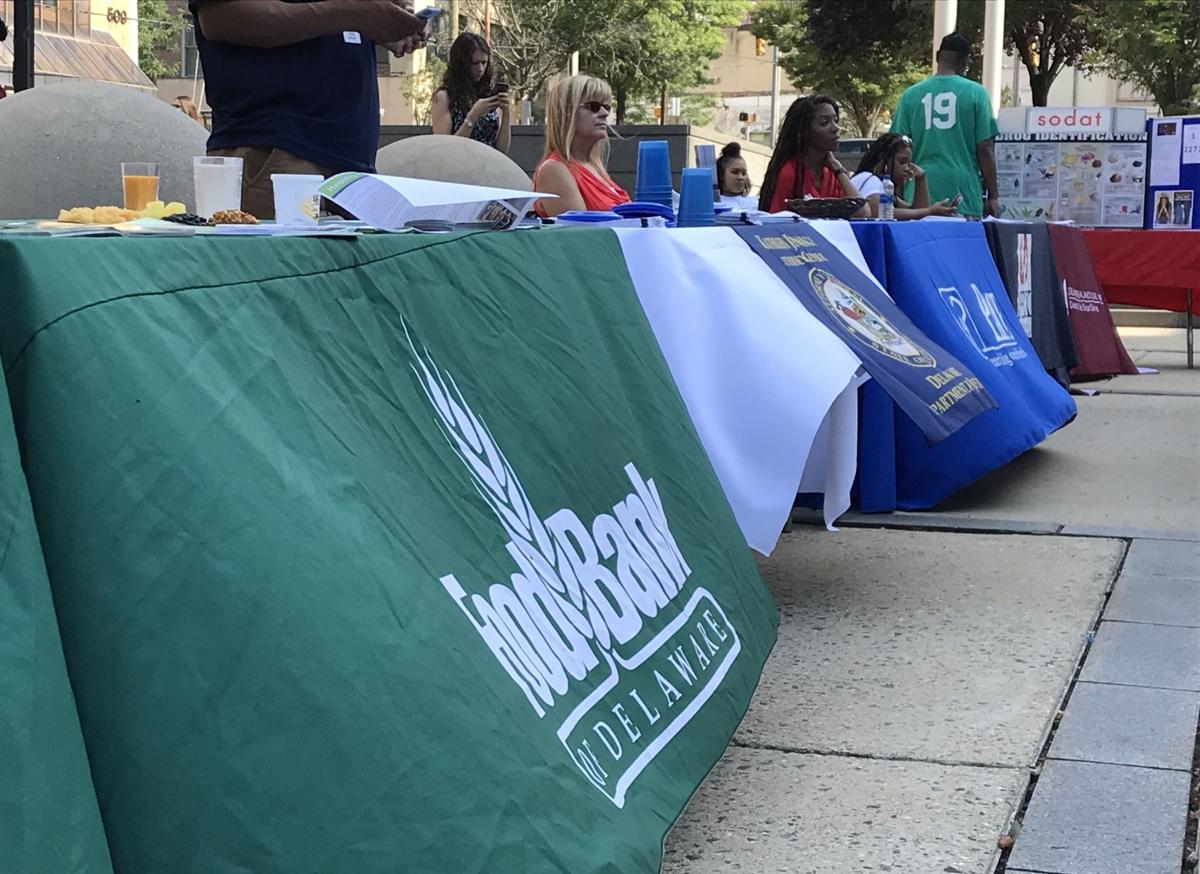 The 2nd annual Community Resource Center Fair on the steps of the courthouse in Wilmington was the backdrop for the launch of the first phase of the new Wilmington Community Court for low-level offenders.

The formal opening of a Community Resource Center on the second floor of the courthouse was included in the event on Friday morning, August 16, 2019.

Community Court is a cooperative effort between all levels of the court system that handle criminal cases - Superior Court, Court of Common Pleas, Family Court and Justice of the Peace Court.

Court officials say there's "no wrong door" for defendants no matter how a person enters the criminal justice system, they can still be referred to Community Court.

Delaware Court of Common Pleas Chief Judge Alex Smalls says the initiative is meant to keep judges from seeing the same faces appearing before them.

"If we can provide services to people when they first become involved in the criminal justice system that we will be able to, hopefully, divert them and make them of course, a more productive citizen."

Statewide Problem-Solving Court Coordinator Brenda Wise says the low-level offender might be dealing with underlying issues that the resource center can help address without incarceration or fines and in the process reduce the rate of recidivism.

"So we're expecting that people with those low level offenses can come into the Community Court and instead of the courts doing the traditional management of giving you a conviction or a fine we're going to figure out what's the underlying reason and then require you to connect with those services."

Secretary Cerron Cade says the state Department of Labor is partnering with the courts on the program.

"One thing that we have to focus on is not just what happens after an individual gets a criminal record, but what we can do to prevent individuals from going down that path."

The Community Court will eventually be located on the 7th floor of the courthouse along with Justice of the Peace Court 20 which is currently housed at Wilmington Police headquarters.

More than thirty agencies, service providers and organizations took part in the fair including the Department of Labor's mobile unit.

More than 400 donated backpacks with school supplies were available for families attending the event.