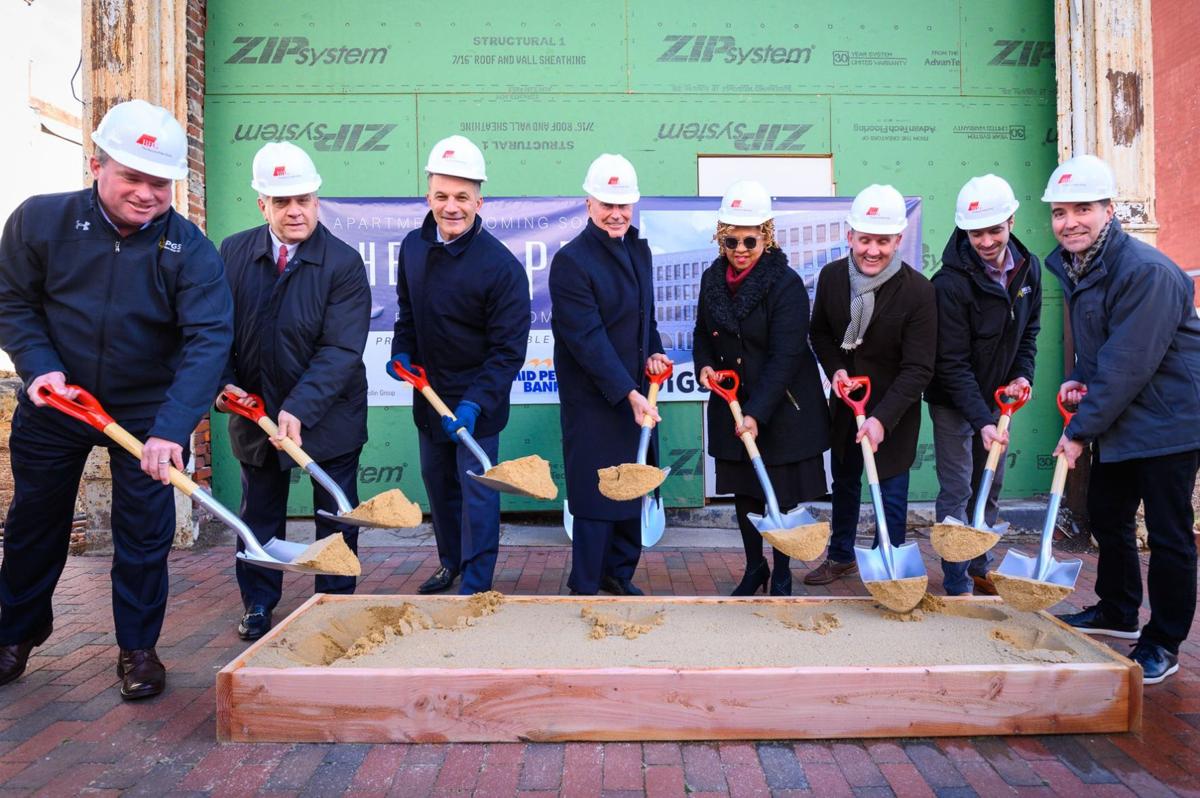 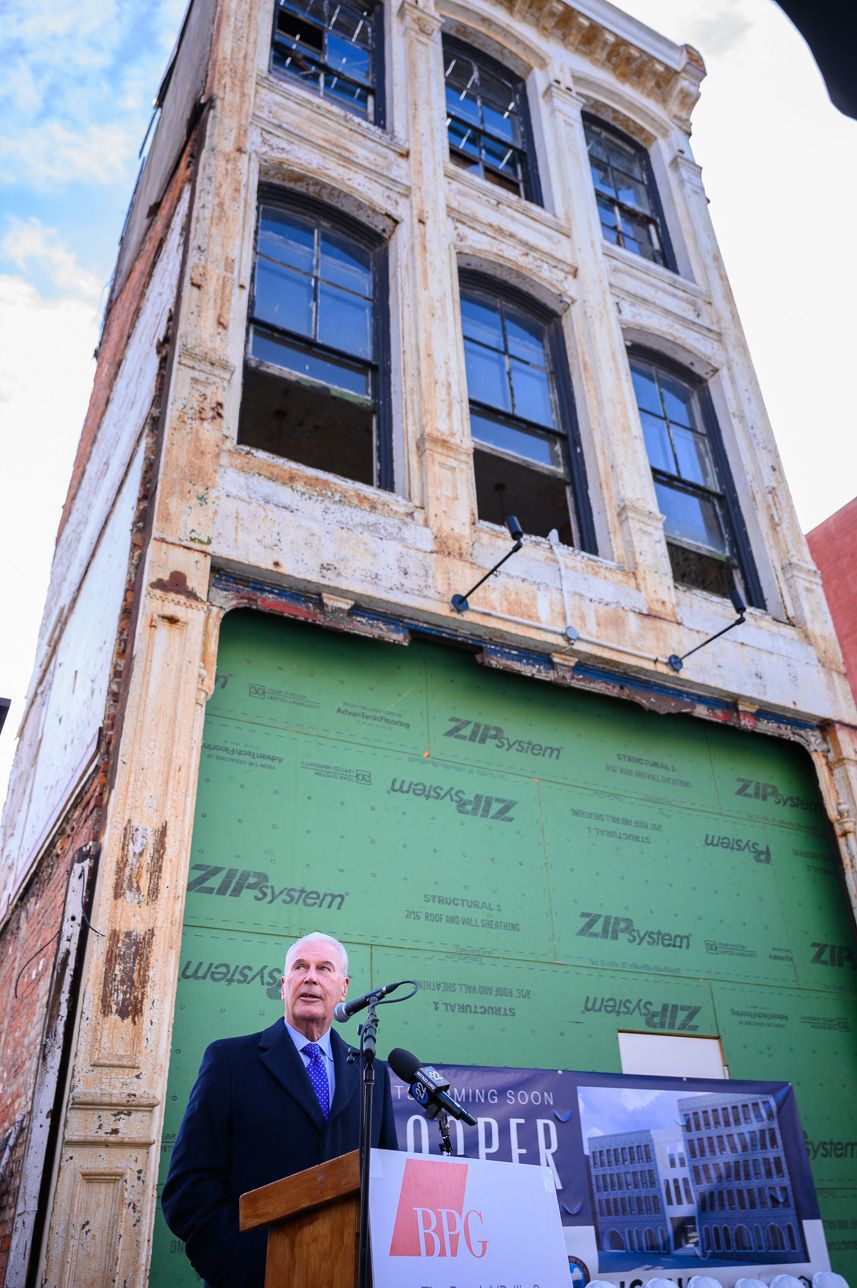 Wilmington Mayor Mike Purzycki joined with representatives from the Buccini/Pollin Group (BPG) and other local officials to break ground Wednesday, December 11, 2019, for a new apartment building on Lower Market Street.

When completed, the five-story Cooper will house 92 units at 2nd and Market streets in the heart of the Lower Market Street Historic District.

The developers are going to incorporate the current cast-iron building facade into the new project.

The original work in 1874 was by Royer Brothers Foundry of Philadelphia, which also produced the facade for the Grand Opera House in 1871.

The Cooper's completion date is tentatively set for Spring of 2021.