Governor John Carney held a coronavirus briefing from Lewes on Memorial Day to say he was "impressed" with the way Delaware's beaches and beachgoers handled the reopening over the holiday weekend.

Going into Memorial Day weekend, Governor Carney said he had "reservations" about how folks would "behave" as he lifted many limits on beaches, allowing Delawareans to sunbathe and get ice cream on the boardwalk. The state's 14-day quarantine for out-of-state residents remained in effect with Delaware State Police checkpoint having been set up on popular routes. Bans on short-term rentals remain in place as well along with limits on outdoor gatherings of 10 persons or more.

"I was incredibly impressed by what Rehoboth is doing to protect people who are vacationing and coming to the boardwalk and the beaches," said the governor from along the Broadkill River.

"It shows that attitudes have changed in a significant way. I think back to the weekend prior to St. Patrick's Day, where it was a beautiful weekend...the people just rushed onto the beaches in a way that was very unsafe, and it was after that, that we had to start to shut things down. So I just see a different attitude, I see a willingness to accept that the new normal's going to be different."

Nationally, crowds pack beaches even as COVID-19 cases surge in some states

At a glance, it may look like many Americans have forgotten about the dangers of coronavirus.

Carney pointed to Ocean City, Maryland, where photos showed throngs of people on the boardwalk not appearing to practice social distancing. Photos of beaches in California and Florida, also showed a lack of concern for virus spread.

"That looks, to me, like not the way to do things. What I saw in Rehoboth, and what I've heard is the situation along the Delaware coast is the way to do it, to gradually reopen things so you don't have this rush, this onslaught of folks which are going wild and risking all the progress that we've made in the last three months...think of those folks who made those huge sacrifices, really for our health and safety. Now it's up to us to go safely back...to spend money in their businesses," he said.

Carney said the progress shows Delaware will continue to roll forward with its reopening while protecting public health. At his Memorial Day news conference, he hinted that bans on short-term rentals could be lifted soon, with an announcement expected Tuesday.

"We will continue to reopen different sectors of our business community. We will do it in a way that's safe."

Delaware is scheduled to begin phase one of its rolling reopening June 1, which includes restaurants reopening at 30 percent capacity. Bars, restuarants, and taprooms also have the ability to apply to expand outdoor seating. 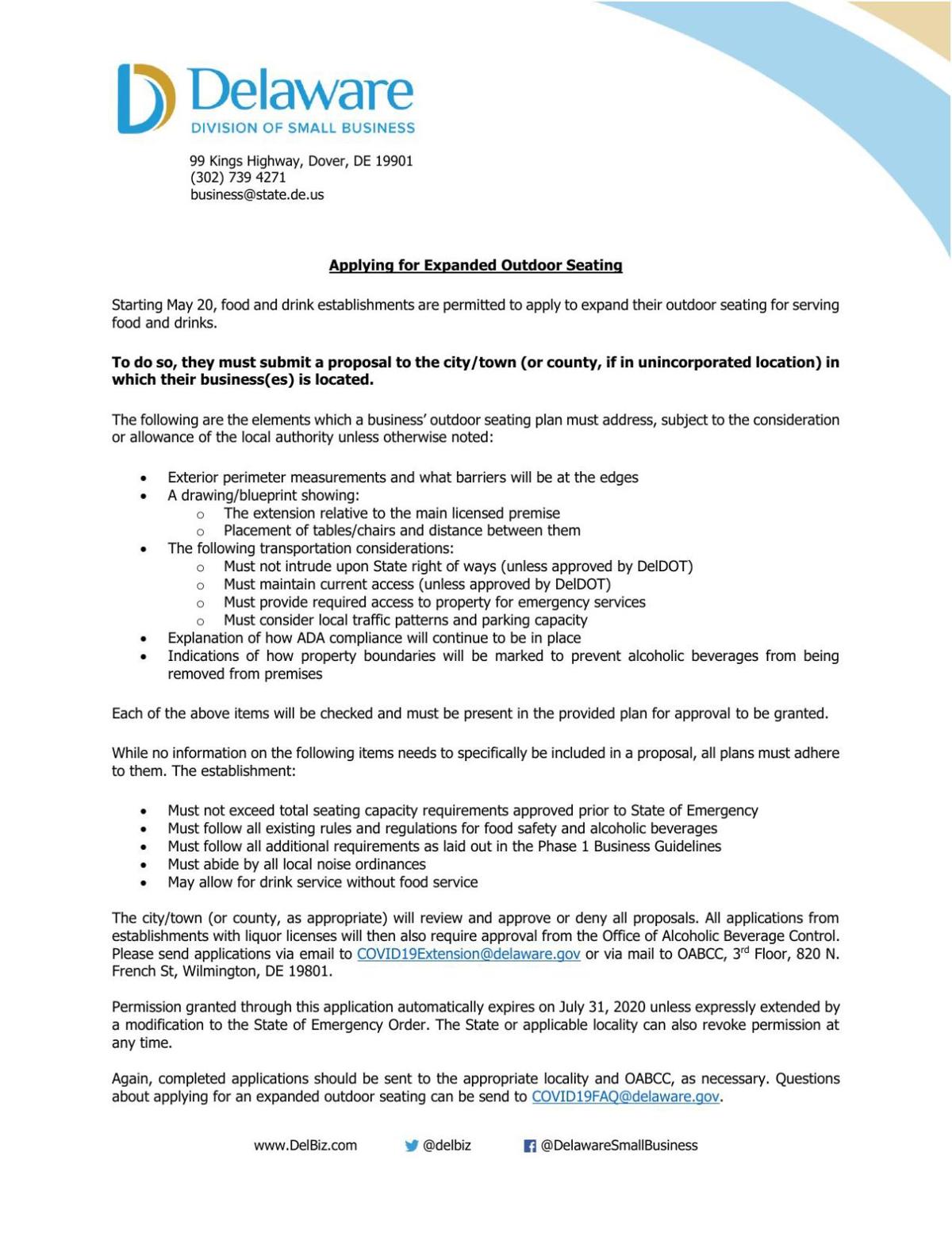 Carney said he'd like to use June's slow reopening as a precursor to the next holiday weekend.

"The results were so impressive, and I would argue so successful, particularly if you compare to the states of New Jersey and Maryland, so now we are ready, I think to roll, push that dimmer switch up. So you're not pushing the switch up on July 4th," he said, "So that July 4th weekend weekend isn't this switch that turns on and you create this big flood of folks.  Now folks are going to want to come, and want them to come safely, we just need to warm up, if you will, to the provisions and protections that businesses need to take and that tourists need to take and keep in mind so that everybody's safe and doesn't create a wider spread of the invisible enemy, which is still among us."

Carney also took a moment, this Memorial Day to honor those who gave the ultimate sacrifice for our freedom as well as for all essential workers on the front lines of the COVID-19 pandemic

"We should also take a moment to thank all of the folks who've pitched in and sacrificed over the last three months to defeat this invisible enemy, COVID-19, and the pandemic it's created across our country," he said. "They've made sacrifice greater than many of us."

COVID-19 hospitalizations down, but deaths rise in Delaware

Delaware continues to see a decline in the number of people hospitalized from COVID-19, but …

Delaware is moving to make summer a little more fun in the wake of a global pandemic with the sweeping lifting of a number of restrictions.