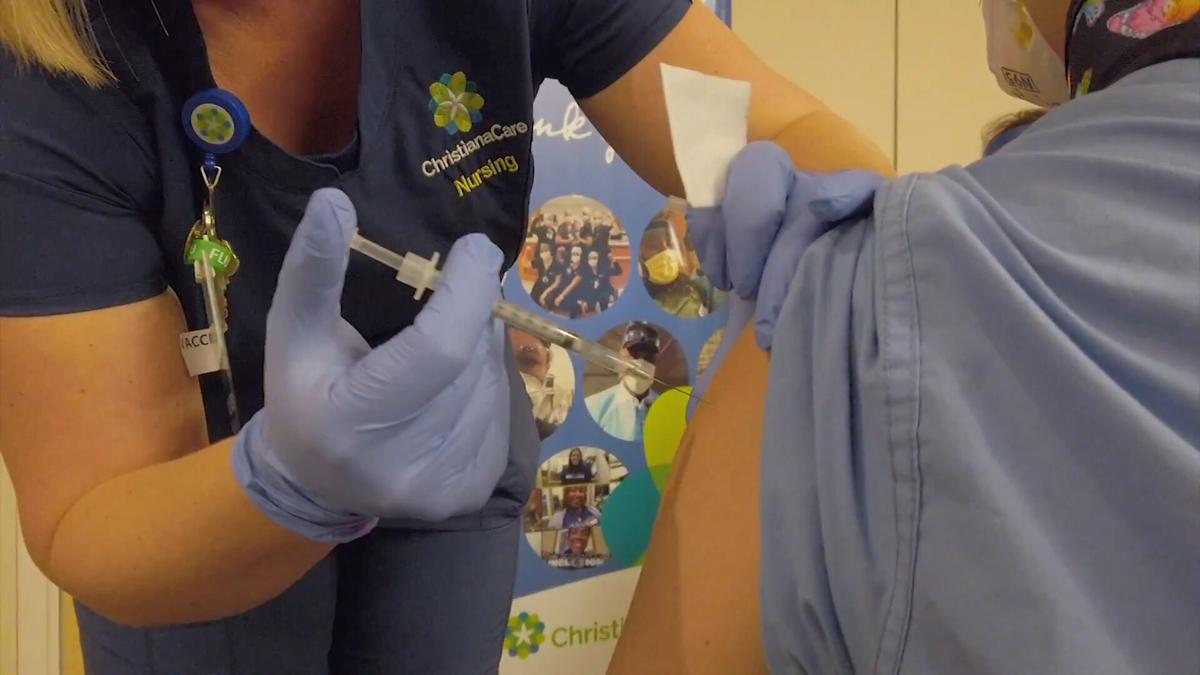 "We want to get this vaccine into as many arms as quickly as we possibly can," said Division of Public Health Director Dr. Karyl Rattay. "The track we're on right now--what we're calling our sprint to finish [Phase 1a], or at least to give all of 1a an opportunity to get vaccinated, so that we can move on to 1b as quickly as possible--is really our focus."

Delaware public health officials will need to figure out how to ramp up that vaccination process exponentially as the federal government has given states two weeks to adopt a faster, broader vaccination strategy.

Likening it to a plane boarding, Health and Human Services Secretary Alex Azar on Tuesday pointed out, while a plane calls passengers to board in a certain order, it doesn't wait for every single passenger from a group to board before opening up the process to the next class.

Similarly, states are taking too long to vaccinate by withholding doses for a second round shot, instead of using those doses as the initial vaccination for a new group.

"We're certainly having discussions around this," Rattay said. "What we do know is, right now, the science is supportive of two doses and so we don't want people to not get their second dose."

While states may have been hoarding doses to ensure whomever received the first round of vaccinations would receive their second round, the federal government under President Donald Trump decided to aid their own new directives by not holding back and metering out millions of doses on which it had been sitting.

"We have a lot underway right now to accelerate administration of the vaccine, recording of vaccine and make sure it gets into our system, but also really ramping up opportunities [for people to receive it]," Rattay said. "We've talked about 1a today, but for future phases as well, which we're really eager to move into...We're really working on high throughput options to try to move vaccines quickly, but we also want to make sure people have options that personally make the most sense for them and we're really excited about the infrastructure that has been built now in Delaware to provide those options."

They'll be hosted mass drive-thru-style vaccination clinics over the weekend at area DMVs.

"We're reaching out to home health, and dialysis centers, and other healthcare personnel, especially those serving people with intellectual disabilities, who have been on our planning list, to get vaccinated," she said.

Rattay said 650 people were vaccinated in two hours at one of these sites.

"What's clear is that we're going to need the high-throughput vaccination centers in order to meet the demand out there."

"We will be ramping up our ability to deliver those vaccines through our partners in primary care, healthcare providers, as well as pharmacies, employers, and ultimately, our good partner in testing," Carney said. "Hopefully sometime very, very soon, to do a mass vaccinations--much like we do testing. It's a little bit more challenging enterprise, for sure, than testing."

Some of that effort will be accomplished through new partnerships with companies like Rite Aid, Walgreens, Giant, Camden Pharmacy, Walmart, Acme, and Safeway to help with distribution.

The state has administered less than half of the vaccine its received so far, according to its vaccine tracker.

"Delaware has received almost 59,000 doses of a combination of the Pfizer and Moderna vaccines. When you look on our vaccine tracker, you can see that about almost 27,000 doses have been administered. That means, put in arms. That being said, some of the things we've learned from our data this past week is, we know that there is a delay in data recording and so, most likely a good 10,000 more people have received the vaccine than the vaccine tracker is currently showing. But still, it is obviously very important that we escalate our vaccine efforts and get our vaccines to the 1A population as quickly as possible, because we're all eager to move on to 1B."

Sussex sees 'concerning' COVID-19 spike, but no sign of UK variant in state yet

Sussex County is seeing an alarming spike in COVID-19 cases.