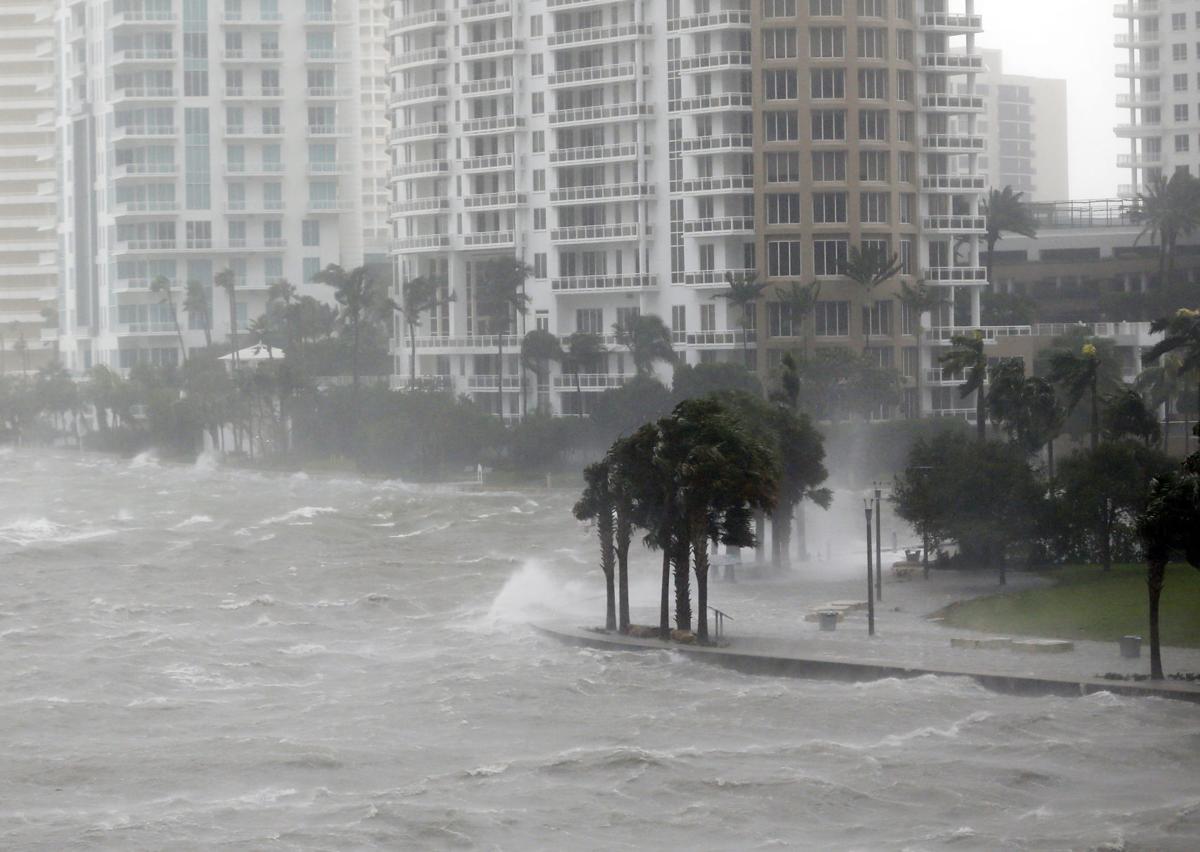 Waves crash over a seawall at the mouth of the Miami River from Biscayne Bay, Fla., as Hurricane Irma passes by, Sunday, Sept. 10, 2017, in Miami. (AP Photo/Wilfredo Lee) 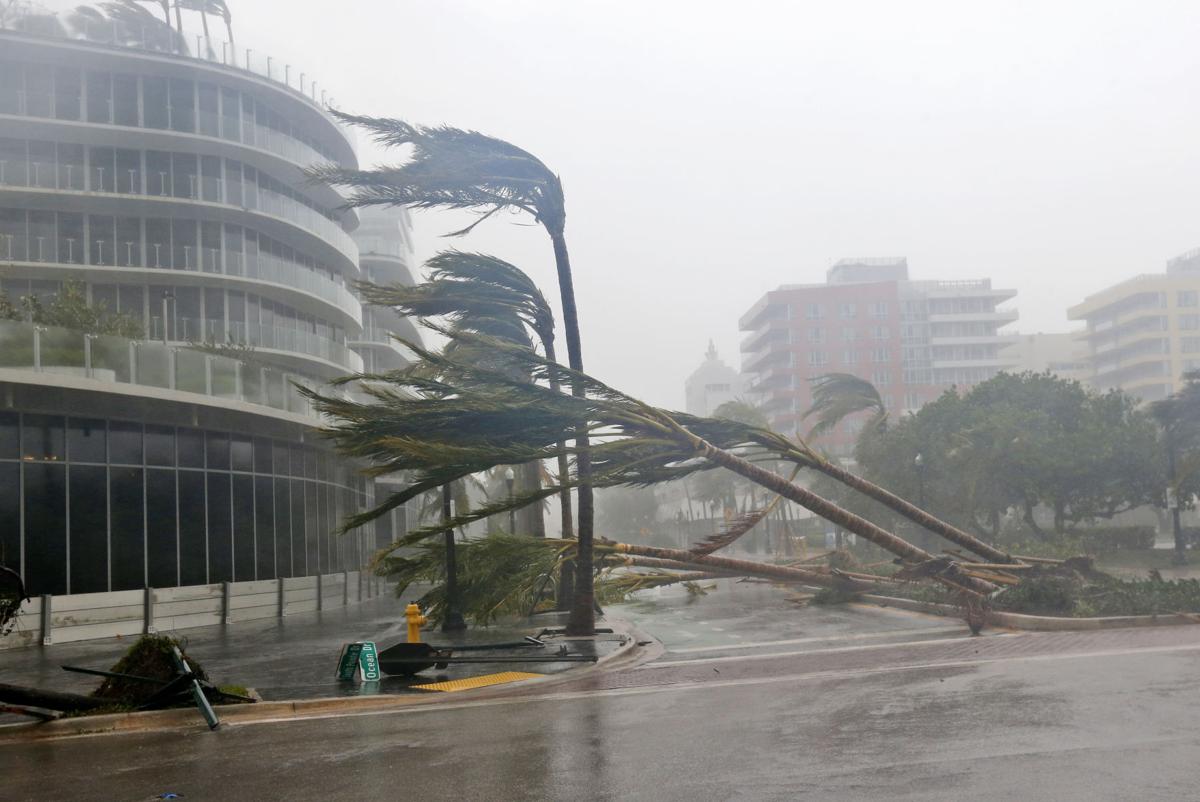 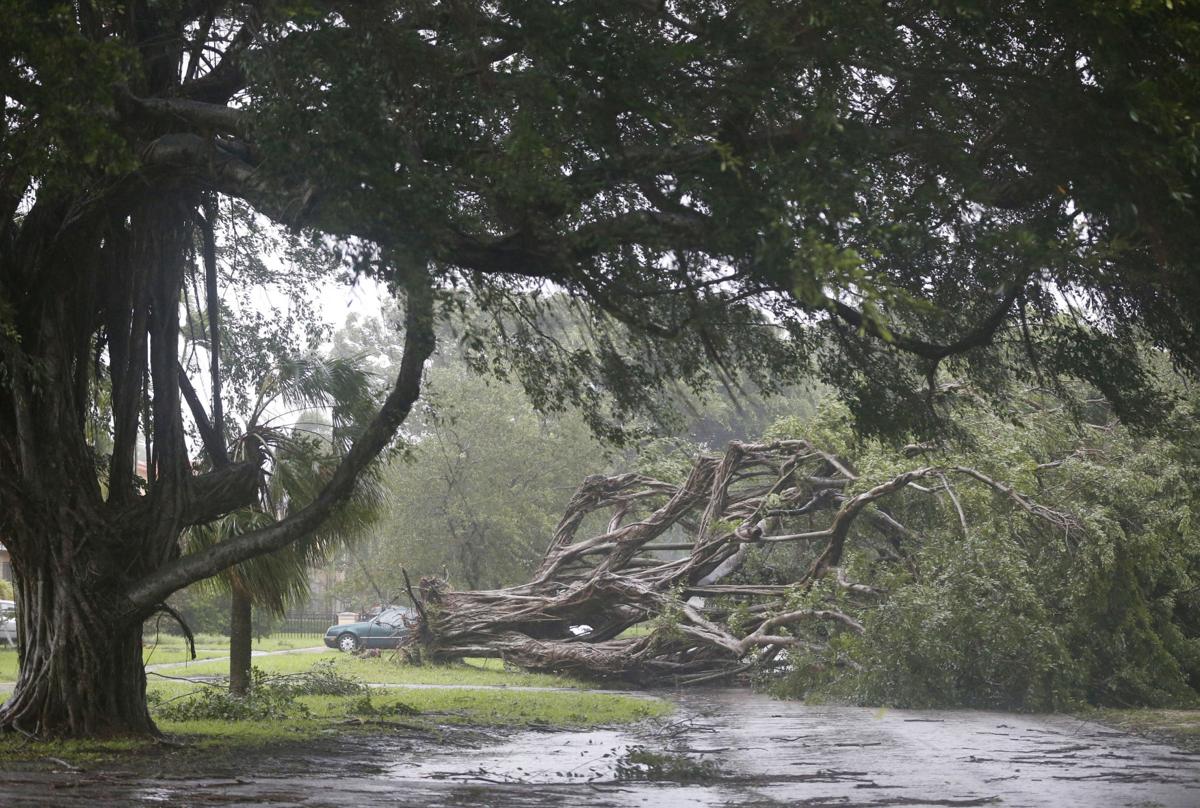 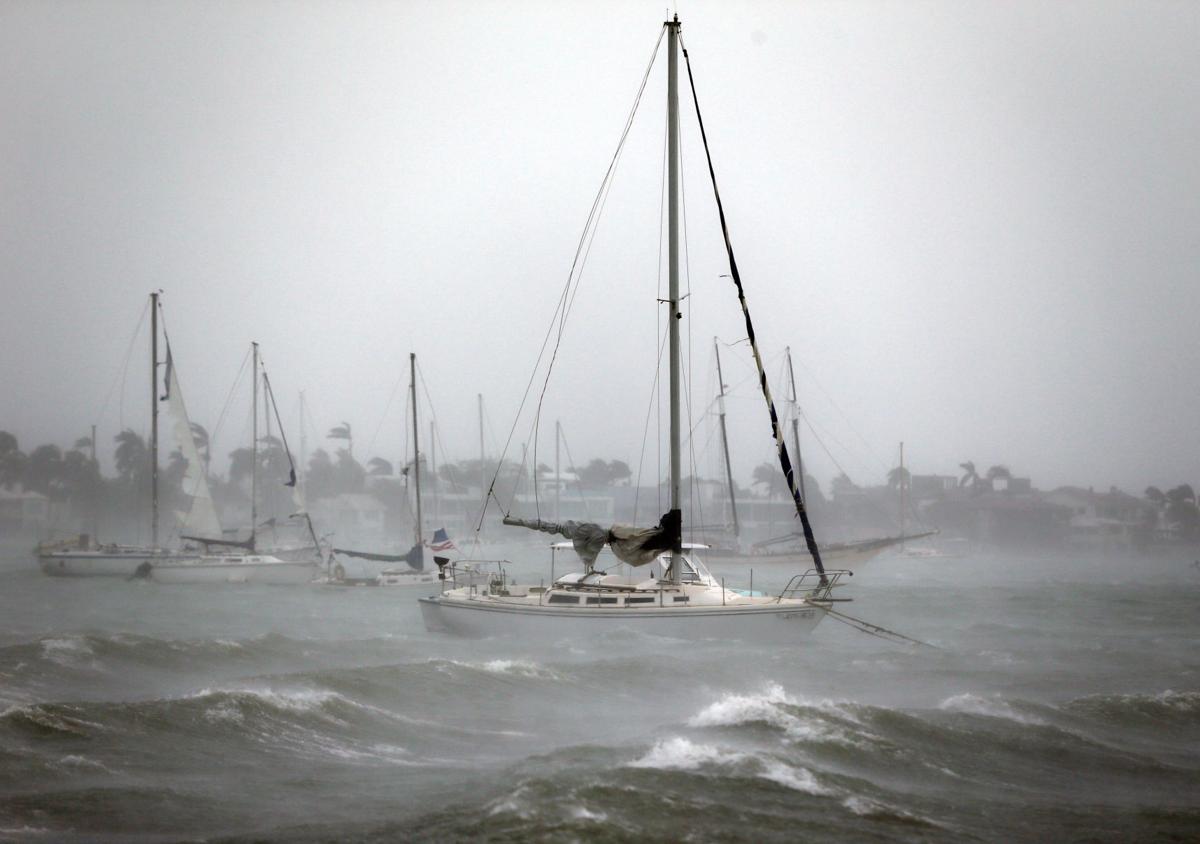 Waves crash over a seawall at the mouth of the Miami River from Biscayne Bay, Fla., as Hurricane Irma passes by, Sunday, Sept. 10, 2017, in Miami. (AP Photo/Wilfredo Lee)

Announcing itself with roaring 130 mph winds, Hurricane Irma plowed into the mostly emptied-out Florida Keys early Sunday for the start of what could be a slow, ruinous march up the state's west coast toward the heavily populated Tampa-St. Petersburg area.

Irma officially made landfall at about 9:10 a.m. in the Cudjoe Key area of the lower Florida Keys, the National Hurricane Center said.

With an estimated 127,000 huddling in shelters statewide, the storm lashed the low-lying string of islands with drenching rain and knocked out power to more than 2 million customers, many of them hundreds of miles from Irma's center.

This @GoPro walk outside my south Florida hotel doesn't do justice to the violent wind and rain of #Irma @nbcphiladelphia @nbcsouthflorida pic.twitter.com/Ppa9iNwwXV

In downtown Miami, one of two dozen construction cranes looming over the skyline collapsed atop a high-rise in Irma's winds. There were no immediate reports of any damage or injuries.

About 30,000 people heeded orders to evacuate the Keys as the storm closed in, but an untold number refused to leave, in part because to many storm-hardened residents, staying behind in the face of danger is a point of pride.

While the projected track showed Irma raking the state's Gulf Coast, forecasters warned that the entire Florida peninsula — including the Miami metropolitan area of 6 million people — was in extreme peril from the monstrous storm, almost 400 miles wide.

The Republican governor said on NBC that he spoke to President Donald Trump, and "everything I've asked out of the federal government, he's made sure he gave us."

Once the storm passes, "we're going to need a lot of help," Scott warned. But he also described Florida as "a tough state. We're going to come through this."

Federal Emergency Management Agency chief Brock Long said on "Fox News Sunday": "Once this system passes through, it's going to be a race to save lives and sustain lives."

With FEMA still dealing with the aftermath of Hurricane Harvey in Houston, Irma could test the agency's ability to handle two disasters at the same time.

Irma made landfall just after 9 a.m. at Cudjoe Key, about 20 miles outside Key West, forecasters said. By late morning, it was advancing toward Florida's southwestern corner, moving at 9 mph.

Not a nice day in Miami - outside our hotel that, btw, now has no power. #irma @NBCPhiladelphia pic.twitter.com/2D5kop7H1S

As the hurricane's eye approached the Keys, 60-year-old Carol Walterson Stroud and her family were huddled in a third-floor apartment in Key West.

Key West Police urged anyone riding out the storm in that city to "resist the urge" to go outside during the eye, the deceptively calm interlude in the middle of a hurricane. "Dangerous winds will follow quickly," police said in a Facebook post

John Huston, who was riding out the storm at his Key Largo home, was already seeing flooding in his yard before the arrival of high tide. "Small boats floating down the street next to furniture and refrigerators. Very noisy," he said by text message. "Shingles are coming off."

Irma was at one time the most powerful hurricane ever recorded in the open Atlantic, with a peak wind speed of 185 mph last week.

It left more than 20 people dead across the Caribbean, and as it moved north over the Gulf of Mexico's bathtub-warm water of nearly 90 degrees, regained strength.

The Tampa Bay area has not taken a direct hit from a major hurricane since 1921, when its population was about 10,000, National Hurricane Center spokesman Dennis Feltgen said. Now around 3 million people live there.

Some 400 miles north of the Keys, the wind was picking up in St. Petersburg and people began bracing for the storm's wrath.

"I've been here with other storms, other hurricanes. But this one scares me," Sally Carlson said she snapped photos of the waves crashing against boats. "Let's just say a prayer we hope we make it through."

John Leuders, another St. Petersburg resident, said he felt confident of his storm preparations: "We tore down part of our fence because we couldn't get any plywood from Home Depot and Lowe's, and we boarded up with the fence."

The governor activated all 7,000 members of the Florida National Guard, and 30,000 guardsmen from elsewhere were on standby.

Even before the extent of its potential devastation was clear, the storm made a huge swath of the peninsula's bottom half unrecognizable.

The effects spilled far beyond Florida. Hotels were sold out as far north as Atlanta.

Forecasters warned that after charting up Florida's west coast, a weakened Irma could push into Georgia, Alabama, Mississippi, Tennessee and beyond. A tropical storm warning was issued for the first time ever in Atlanta, some 200 miles from the sea.

Given its mammoth size and strength and its projected course, Irma could prove one of the most devastating hurricanes ever to hit Florida and inflict damage on a scale not seen here in 25 years.

Hurricane Andrew smashed into suburban Miami in 1992 with winds topping 165 mph (265 kph), damaging or blowing apart over 125,000 homes. The damage in Florida totaled $26 billion, and at least 40 people died.

Hurricanes Harvey and Irma brought death and destruction as they plowed into the southern U.S.