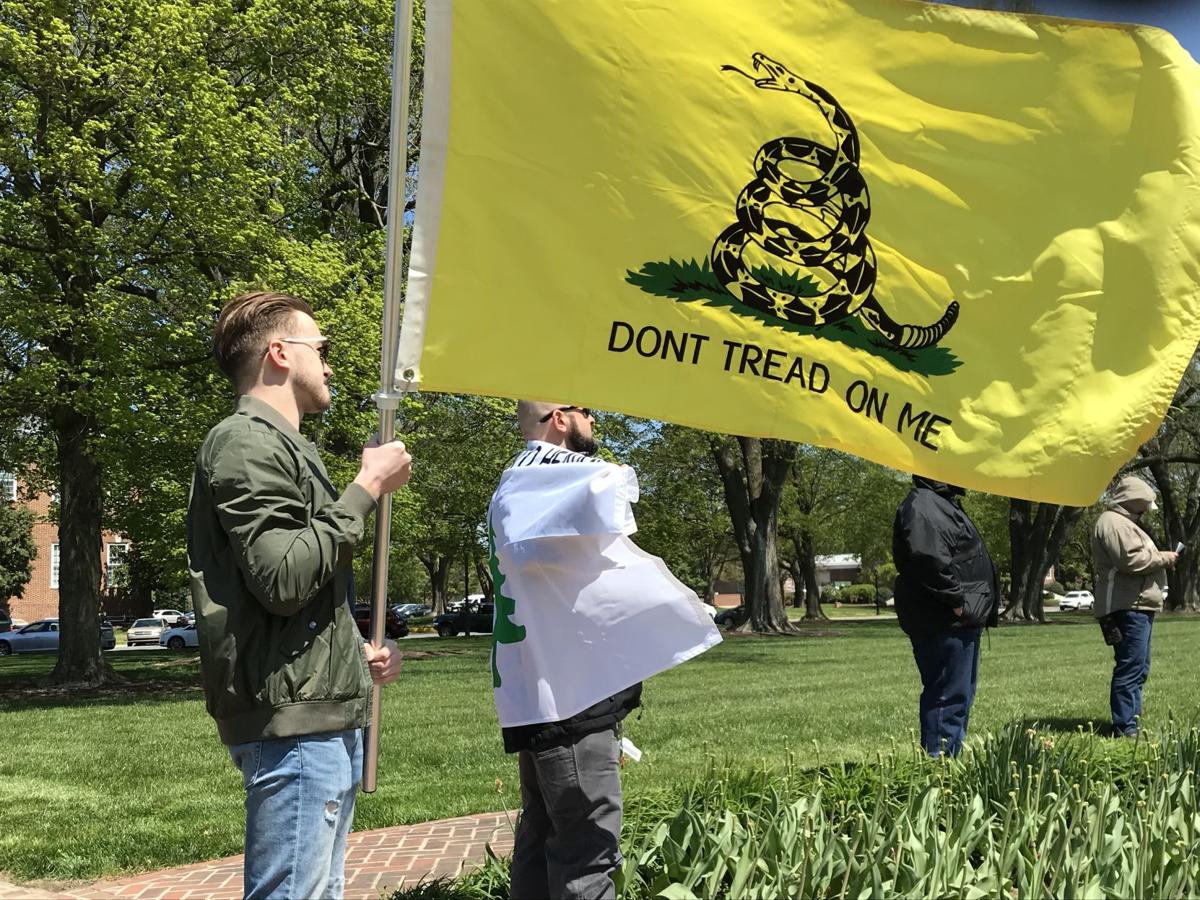 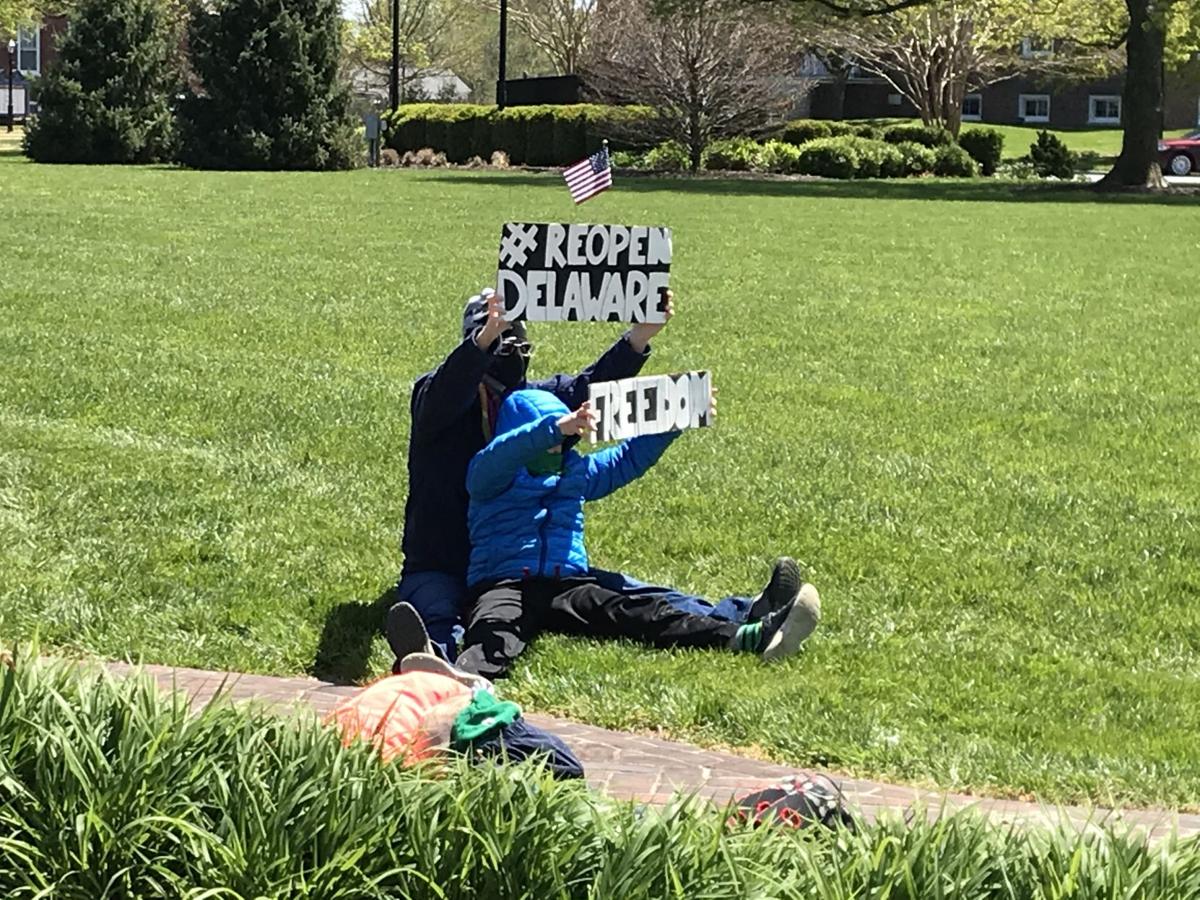 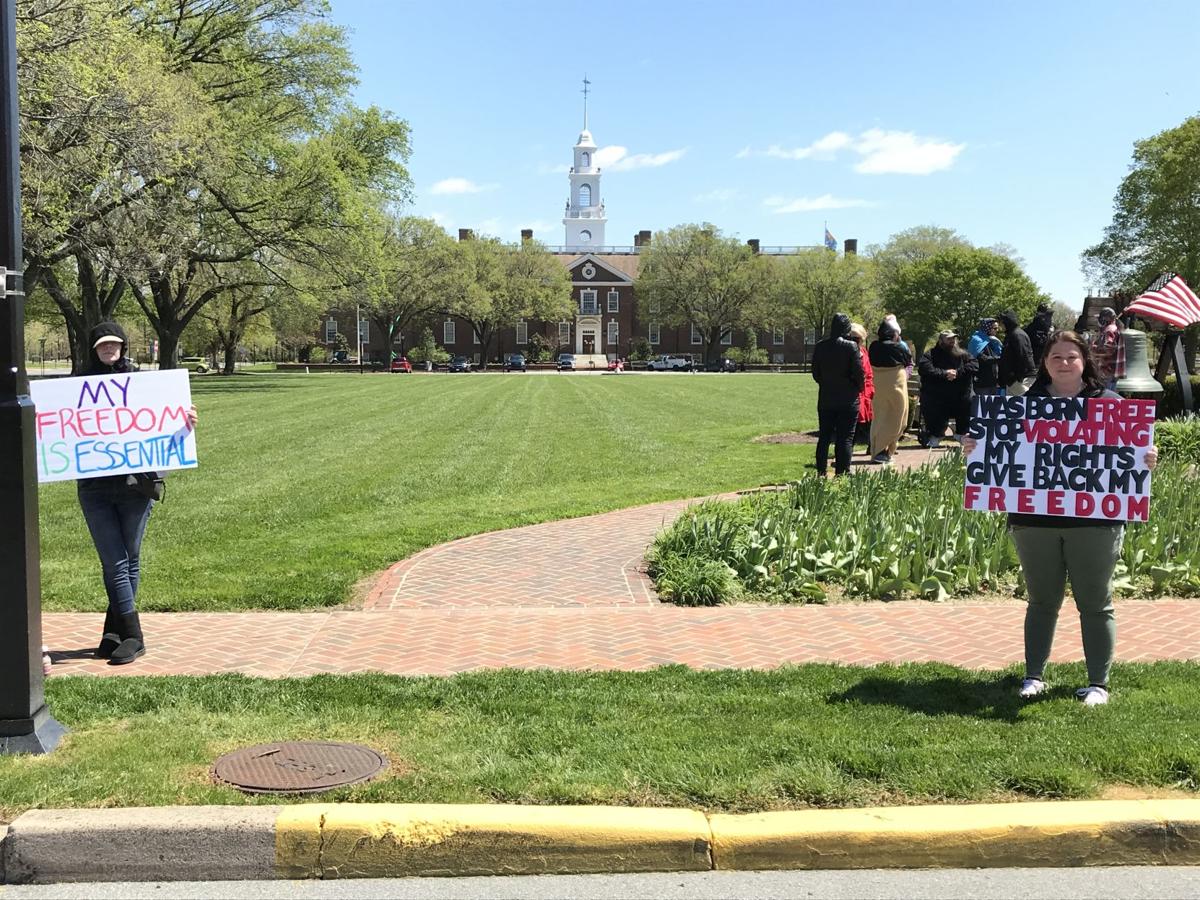 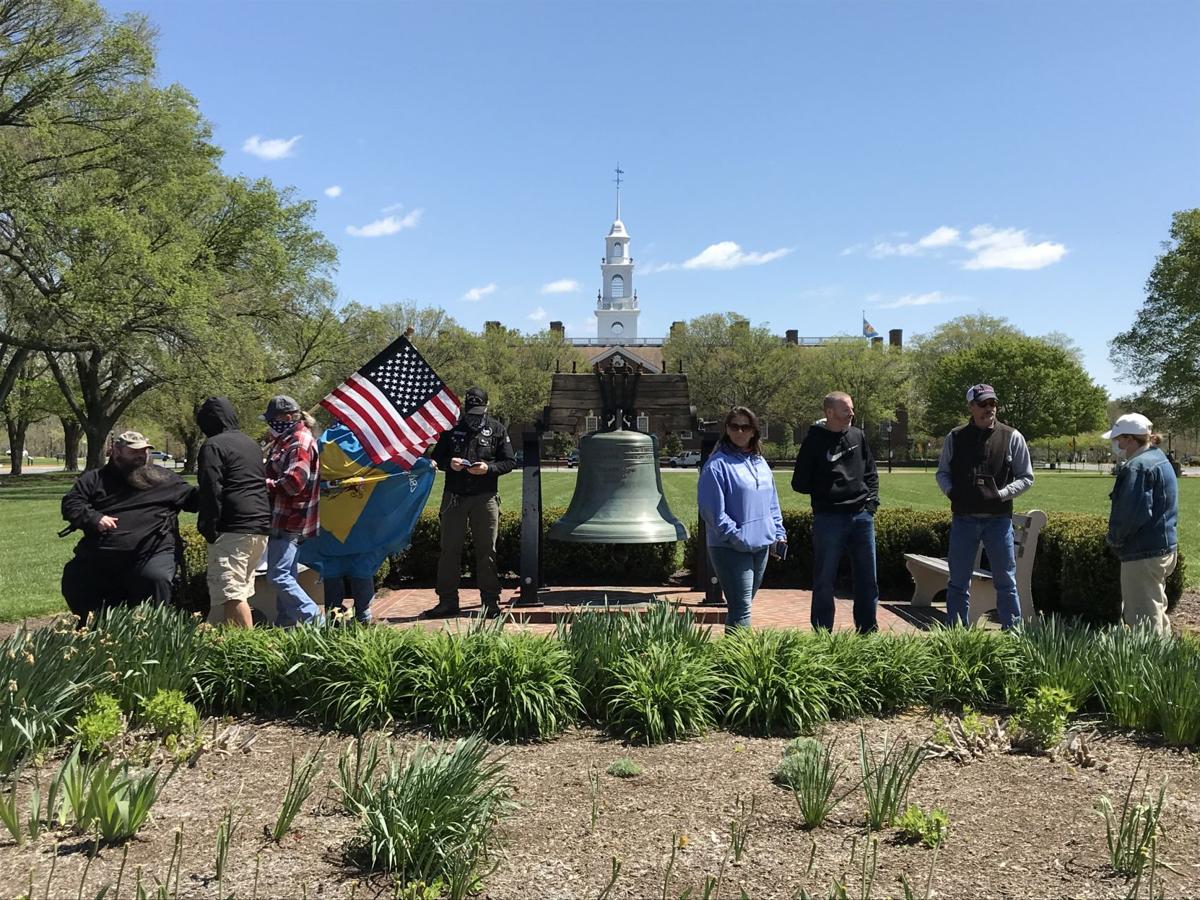 About two dozen people gathered on the wind swept lawn in front of Legislative Hall in Dover on Wednesday, April 22, 2020 to rally for the reopening of Delaware from coronavirus restrictions.

Organizer Jim McGuckin of Wilmington said the message is more important than the numbers.

"I said 'if I get 10 people out so be it,'" said McGuckin. "I got tired of sitting on the internet talking about the problem and that's what you see a lot of. You go on Facebook, you go on Twitter, you go on any of the social networks and people are talking.

"Well, there comes a point where you have to stand up and say: 'We’ll am I going to actually do something about what I'm saying?' So I'm out here. We're out here putting some action behind our words and doing it in a peaceful, respectful way."

McGuckin said in addition to the economic hardship on small businesses that the COVID-19 shutdown has created, he's also concerned about people with mental health and substance abuse issues.

"I believe mental health is another thing that is very important that is being overlooked in this."

McGuckin said he recently lost a friend to suicide and believes the stress brought on by coronavirus restrictions may have played a role.

He pointed out that so far this year there have been 111 overdose deaths in Delaware, a number confirmed by the state Division of Public Health.

McGuckin admitted to having previous substance abuse issues and said now he can speak clearly on that topic.

"I know what it's like in these moments. You feel hopeless; you feel lost because that's all you're hearing. And you're trapped alone," said McGuckin.

"A lot of people are alone inside their house. They can't get out; they can't get interaction with other people, and the temptation to self-medicate is there. And possibly, if pushed far enough, they may even want to take their life."

"I don't know anyone directly affected by the virus,  but I know people who are affected emotionally and mentally because of the virus," said McGuckin.

He said the number of suicides and overdoses will continue to rise along with coronavirus deaths during this time "with people locked up in this state we're in currently."

McGuckin said he's on board with a gradual reopening of the state, but it needs to happen sooner rather than later.

"I believe that we, as adults, are smart enough to figure out a way to make this happen and make it possible. We had no problem rolling it back so I believe we can roll it forward and get it moving a little bit quicker.

"Do I say we need to go sit in a movie theater right now or sit close together in a restaurant? No. But is it okay to maybe allow restaurants to open as long as people sit six feet apart and as long as people are taking the proper precautions? I believe that needs to happen."

Reopen Delaware is planning a second rally May 1 in Wilmington while another group, Delawareans Against Excessive Quarantine, is planning a rally in Dover that same day.