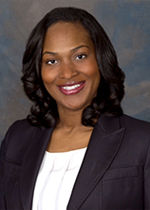 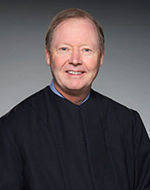 A landmark day in Delaware as the first African American has been confirmed to the Delaware Supreme Court.

Collins J. "CJ" Seitz, Jr. was also confirmed as the the next chief justice of the state's highest court, taking over for Leo Strine who announced his retirement earlier this year.

Seitz has served as an associate justice on Delaware Supreme Court since 2015. Montgomery-Reeves has been on the Court of Chancery since 2015.

"It is my privilege today to have been nominated to serve the people of Delaware as the Chief Justice. I will work hard. I will do my best, and will always keep the citizens of Delaware in mind when we are operating as a court," Seitz told lawmakers during questioning.

"I feel absolutely humbled to have been nominated," Montgomery-Reeves said. "I feel honored to be here in front of you and be considered."

As for the opportunity to serve alongside Delaware's first African-American Supreme Court justice, Seitz told reporters "it may have been a long time coming, but I am delighted that the time is here and that I can be a part of it."

"Obviously the new Associate Justice is not on the Supreme Court because of her color," Governor John Carney (D-Delaware) said. "She brings an incredible intelligence, judgment, experience."

In a statement Thursday, The Delaware Legislative Black Caucus said the confirmation of Montgomery-Reeves "sends a clear message about the kind of future we are building in Delaware."

"Importantly, today’s confirmation also signals to countless young people in communities from Claymont to Delmar that the promise of equal opportunity is supported by the lived stories of real people and not just political rhetoric – a fact that will no doubt lead even more bright young people to the top of our judiciary," the statement continued. "Justice Montgomery-Reeves is the Thurgood Marshall of our generation and takes her place etched in the history of Delaware."

Seitz will again be in front of lawmakers as an advocate for the courts on budgetary and other issues. He said he hopes funding is approved for Family Court facilities and IT upgrades.

Seitz also identified one other challenge: "to make sure that we as a court system are fair to all parties that come before us."

"That's, to me, the most important thing we can do."

Watch the Backstreet Boys perform remotely from their homes

FILE-TOM BRADY TO KEEP SAME NUMBER AS A BUCCANEER