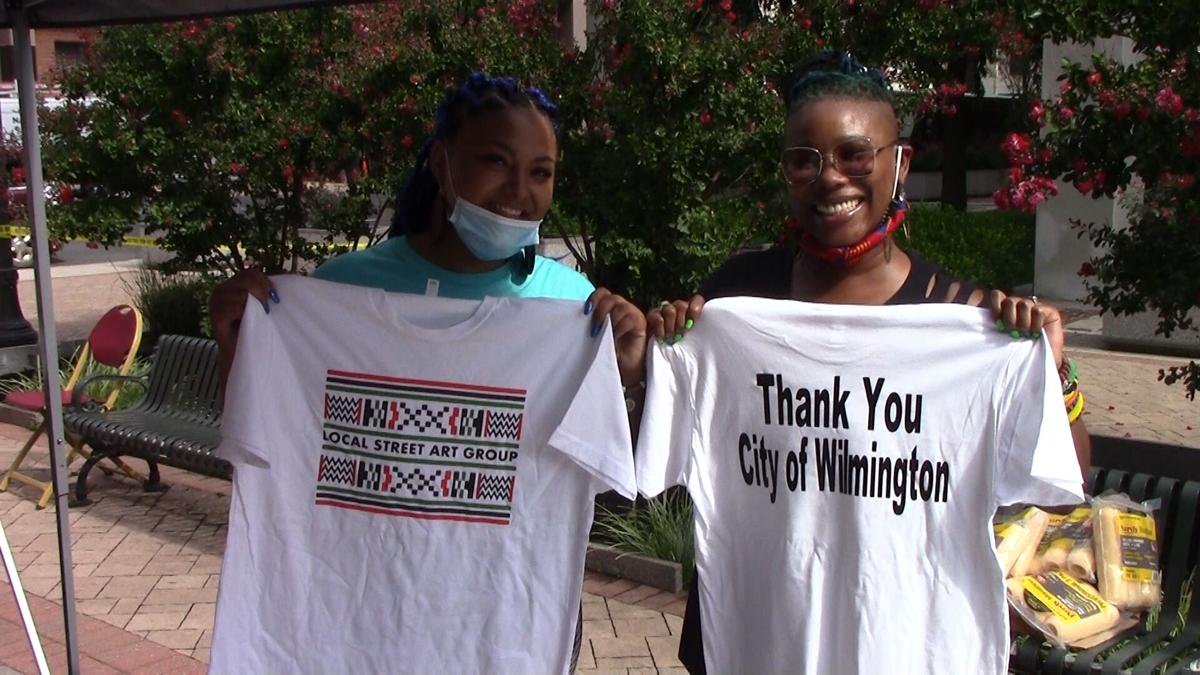 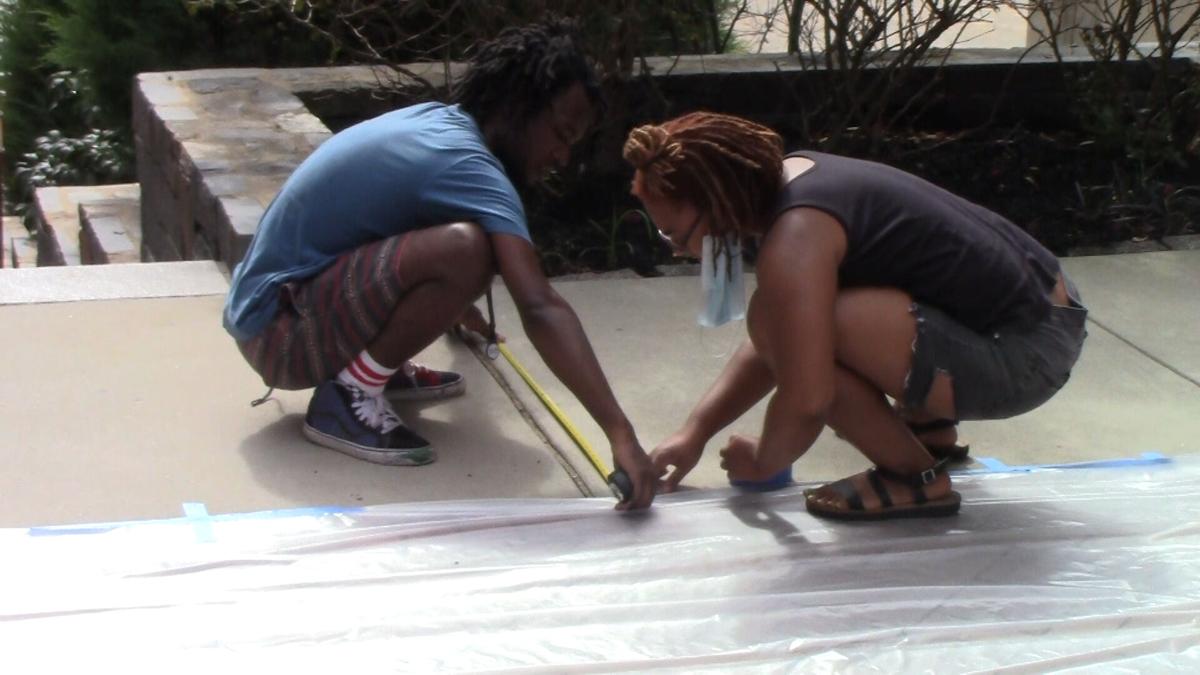 The City of Wilmington is teaming up with a newly founded street art organization to launch a new cultural street art program.

The first project: painting the sidewalk above Peter Spencer Plaza as part of an effort to support racial justice reforms.

Members of the Local Street Art Group, founded by Vanity Constance, began work on the project on the King Street sidewalk on Monday, August 24, 2020.

"Art breaks down any silos, any elephants in the room," said Constance. "Art brings us together where we can talk about it, talk about different perspectives, and it's all valuable."

Designer and artist on the Spencer Plaza project is JaQuanne Leroy who said the name of the art piece is "Freedom and Justice."

"They painted Black Lives Matter in D.C. and when they approached me people asked 'could we do that?' I said we could do that, but we could also doing something else.

It was just two weeks ago when the City unfurled the Pan African RBG flag at the  plaza.

"The fact this is located in Peter Spencer Plaza is really beautiful," said Constance. "It's adding on to the existing story. I really want that story to be long-lasting and how can we make the Peter Spencer legacy better."

This is the first in a series of planned projects in the city which will include Freedom Plaza between the Louis Redding City/County building and the Carvel State Office Building on French Street.

Wilmington raises the Pan-African flag, in an effort organized by community members, to supp…