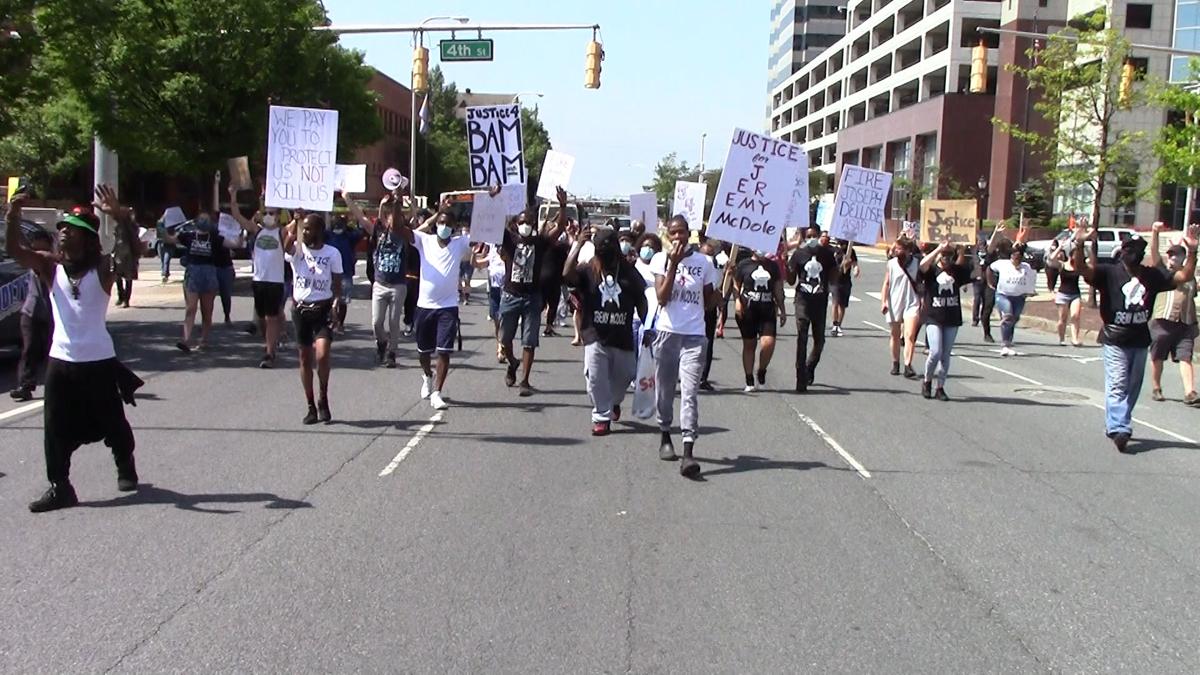 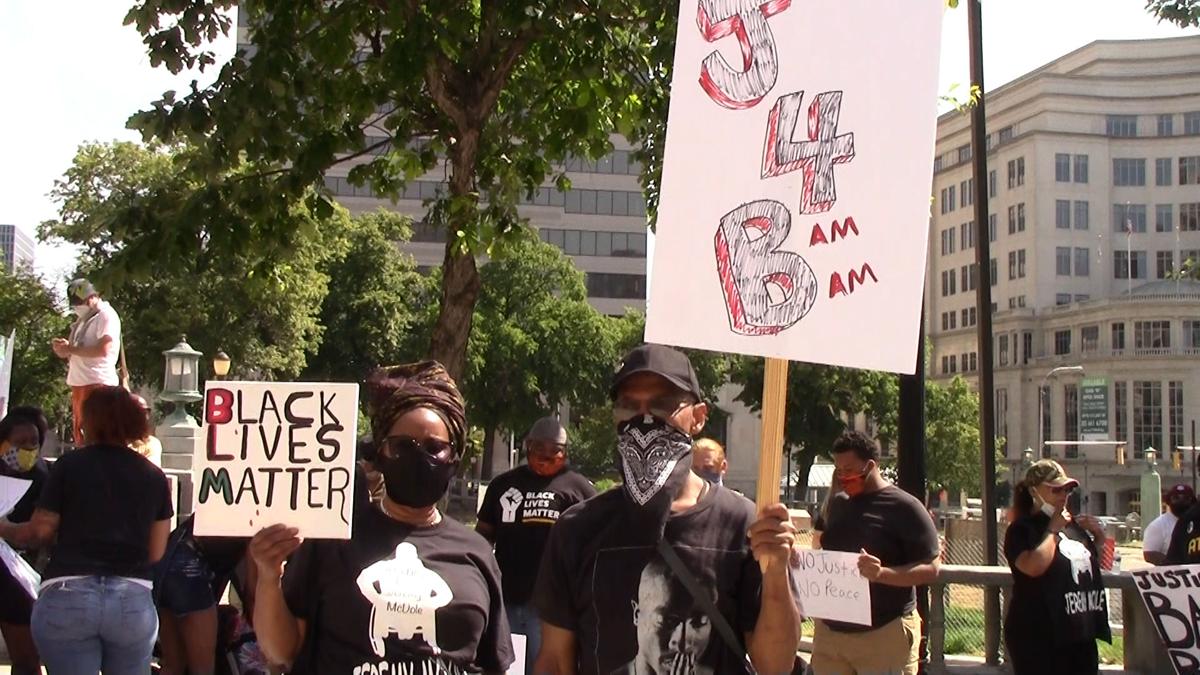 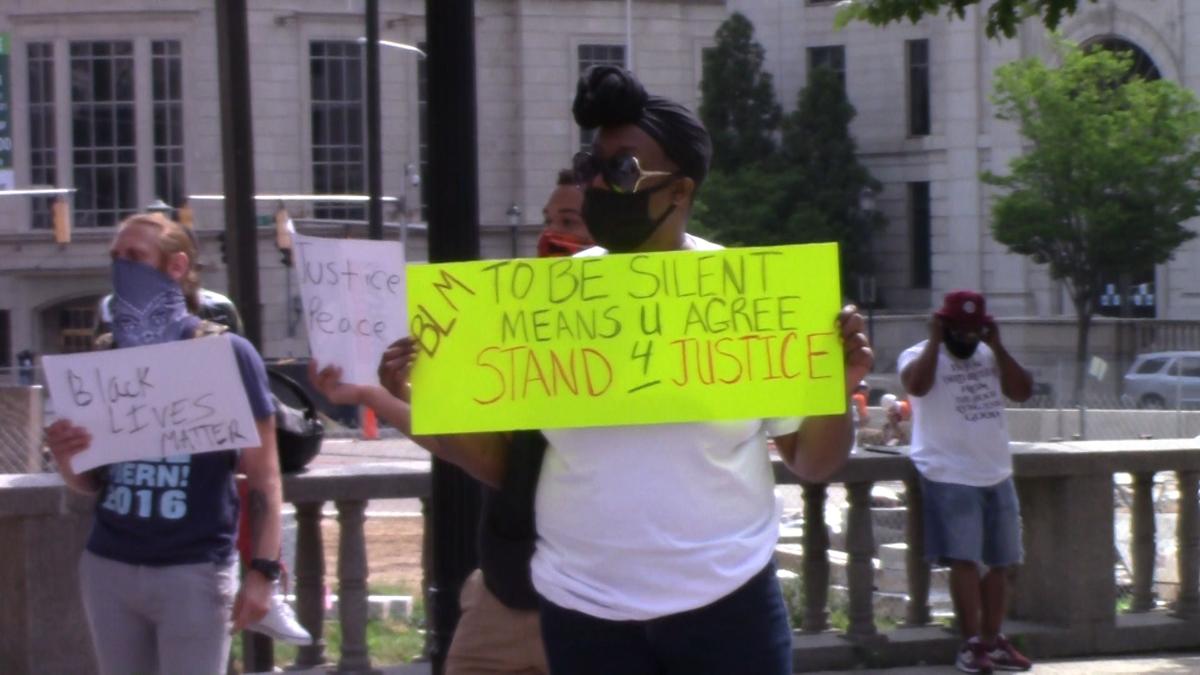 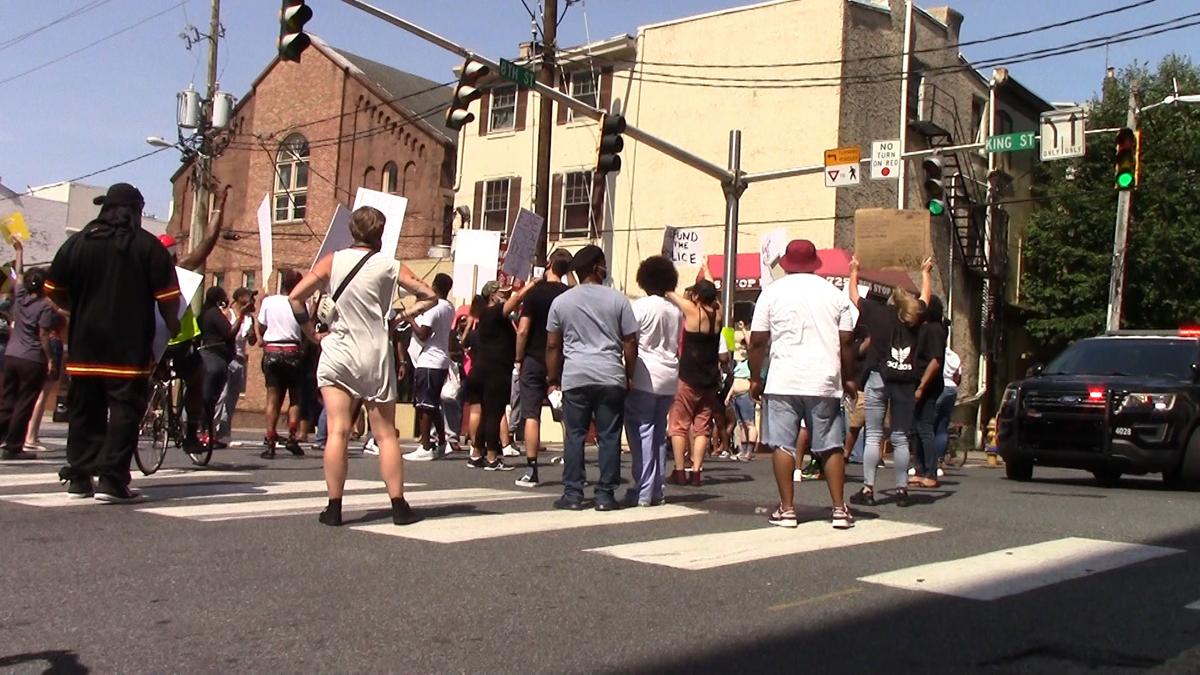 The wheelchair-bound man was shot and killed by Wilmington Police in September, 2015.

The march was led by McDole's 31-year old sister Keandra who carried a bullhorn and led protesters in chants including: "no justice, no peace, no racist police," as the group walked down Market Street and then over to King Street, before eventually marching onward to police headquarters at 4th and Walnut streets.

The protesters would occasionally stop at intersections, briefly disrupting traffic under the watchful eye of about a half-dozen Wilmington police officers on bicycles.

The case surrounding McDole's shooting has always simmered below the surface for the past five years, and his name is often mentioned alongside the cases of other black men shot by law enforcement officers across the country.

The national civil unrest following the death of George Floyd under the knee of Minneapolis police officer Derek Chauvin has once again brought McDole's death to the forefront.

The four officers involved in the shooting death of McDole were eventually cleared by the Delaware Department of Justice in May of 2016.

Police said they found a .38 caliber handgun on McDole at the shooting scene. The McDole family continues to contend the gun was a plant.

McDole's family settled with the City of Wilmington for $1.5 million in December of 2016.

The protest comes a day after a group of drivers used their vehicles to set up a rolling roadblock on I-95 south of Wilmington as a counter-protest to recent Black Lives Matter marches that have twice disrupted traffic on the interstate in recent weeks.

VIDEO | Why they showed up to Wilmington's peaceful protest

Hours before chants of "no justice, no peace" were resounding in Tubman-Garrett Riverfront P…

The on-going story of a wheelchair-bound man killed in a controversial confrontation with Wilmington police, and the resulting aftermath as th…