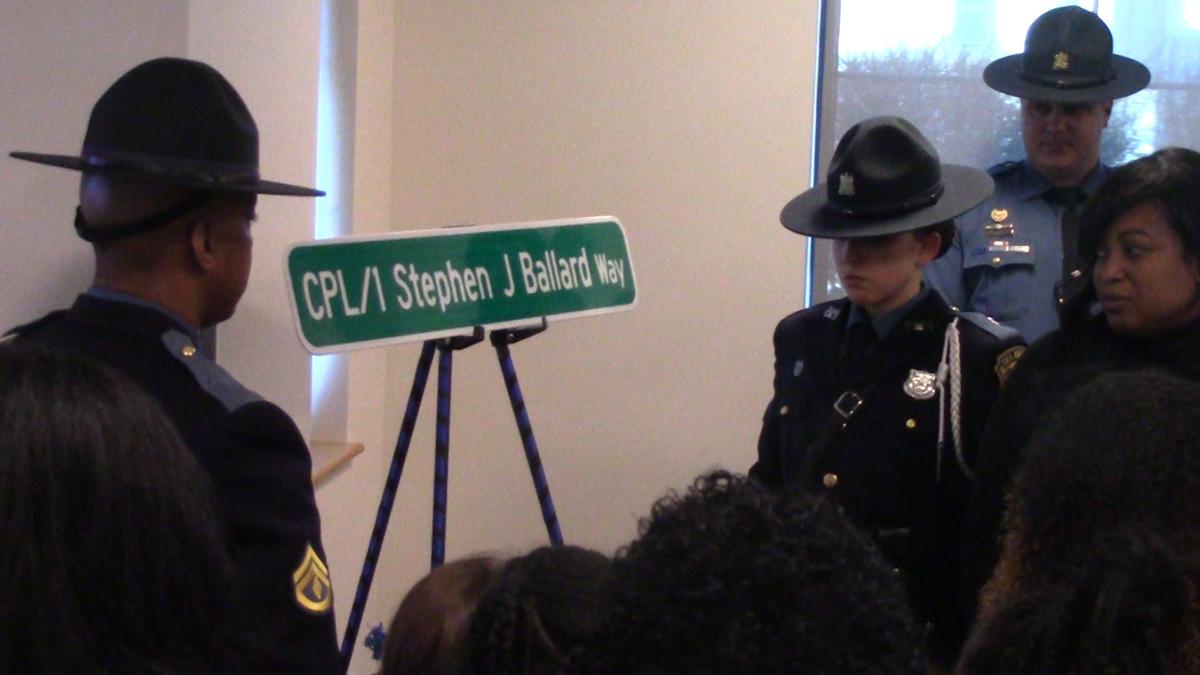 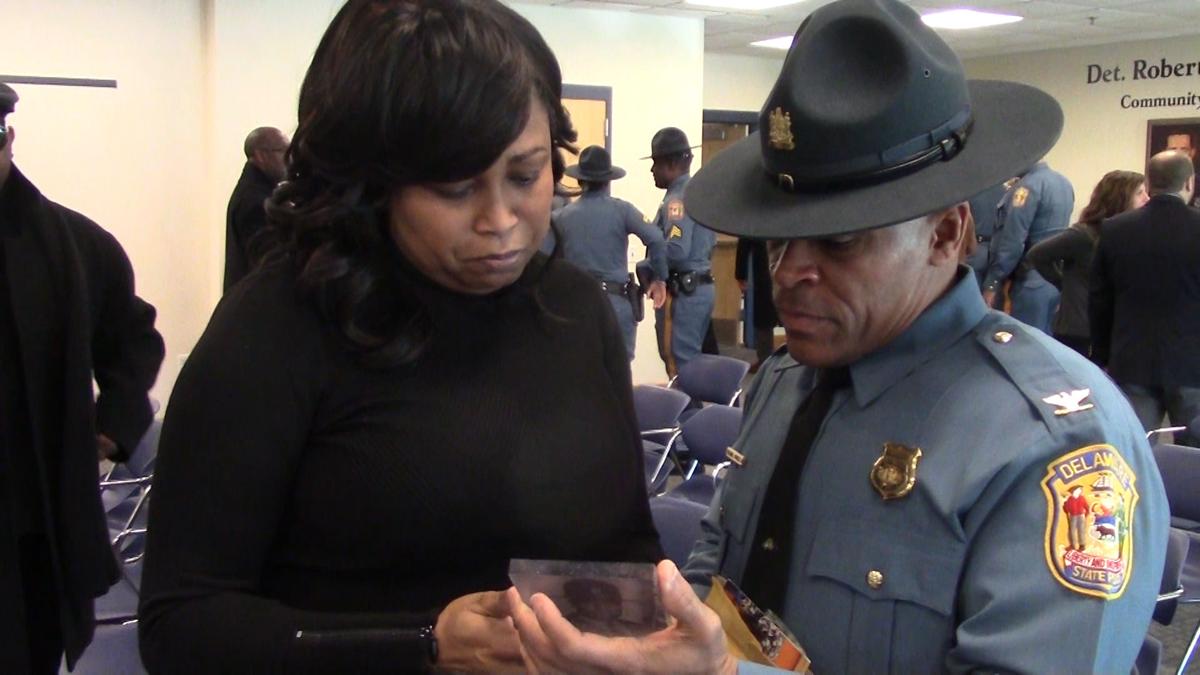 State Rep. Earl Jaques and New Castle County Councilman Dave Tackett were two of the local drivers in getting the street name changed in honor of the trooper killed April 26, 2017 in the parking lot of the nearby Wawa at Route 40 and Salem Church Road.

Both Ballard's widow, Louise Cummings, and his mother Robin Ballard, were presented with replica street signs by the Delaware Department of Transportation.

The real signs will take the place of the LaGrange Avenue signs in front of Glasgow Park later this month.

"We came in this morning, I was with my daughter and she was only 5 at the time, and now she's 7, and she was just overcome with emotion. It's just a happy and sad day at the same time."

"I'm just inspired," Cummings continued. "To have his name on the street sign hanging over Route 40, where all this tragedy happened but to know there is hope and inspiration. For me it was really moving and I'm so grateful for everybody who made it happen."

Ballard's mother Robin told the survivors of other fallen troopers that although her son's name is on the sign, they are all represented.

"We need to bring attention to all of the officers in Delaware that have fallen in the line of duty."

Delaware State Police Superintendent Colonel Nathaniel McQueen also presented Ballard's mom with a glass memorial that had resided for the past year at the National Law Enforcement Museum and Memorial in Washington, D.C.

"I know it's cliche to say, but I don't want that to happen to another law enforcement family," said Robin Ballard.

Law enforcement officers from up and down Delaware attended the event along with Christiana firefighters, New Castle County paramedics the Patriot Guard  Riders family members of other fallen Delaware state troopers.

Ballard's troop commander at the time of the shooting was Captain Jason Sapp.

"It's yet another way that kind of reinforces to us that we have community support," Sapp said. "There are people that care about us and they also don't forget those people we have lost in the line of duty. It's pretty awesome."

Virginia State trooper Chris Francis, a classmate of Ballard's at Delaware State University, drove up for the ceremony.

"There's certain people that you meet in life where you feel like 'I need more time with this person, I need to be around this person.' He was one of those people," said Francis.

The murder of Delaware State Police Cpl. Stephen Ballard in the line-of-duty

The murder of Delaware State Police Cpl. Stephen Ballard, who was killed in the line-of-duty while investigating a suspicious vehicle.