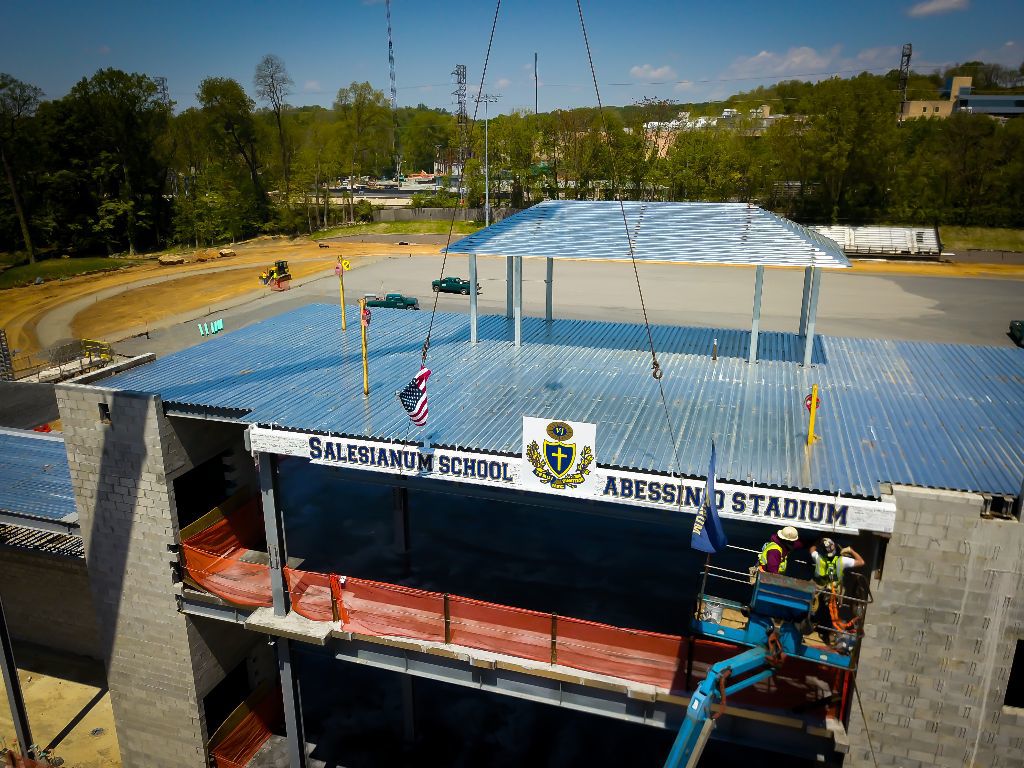 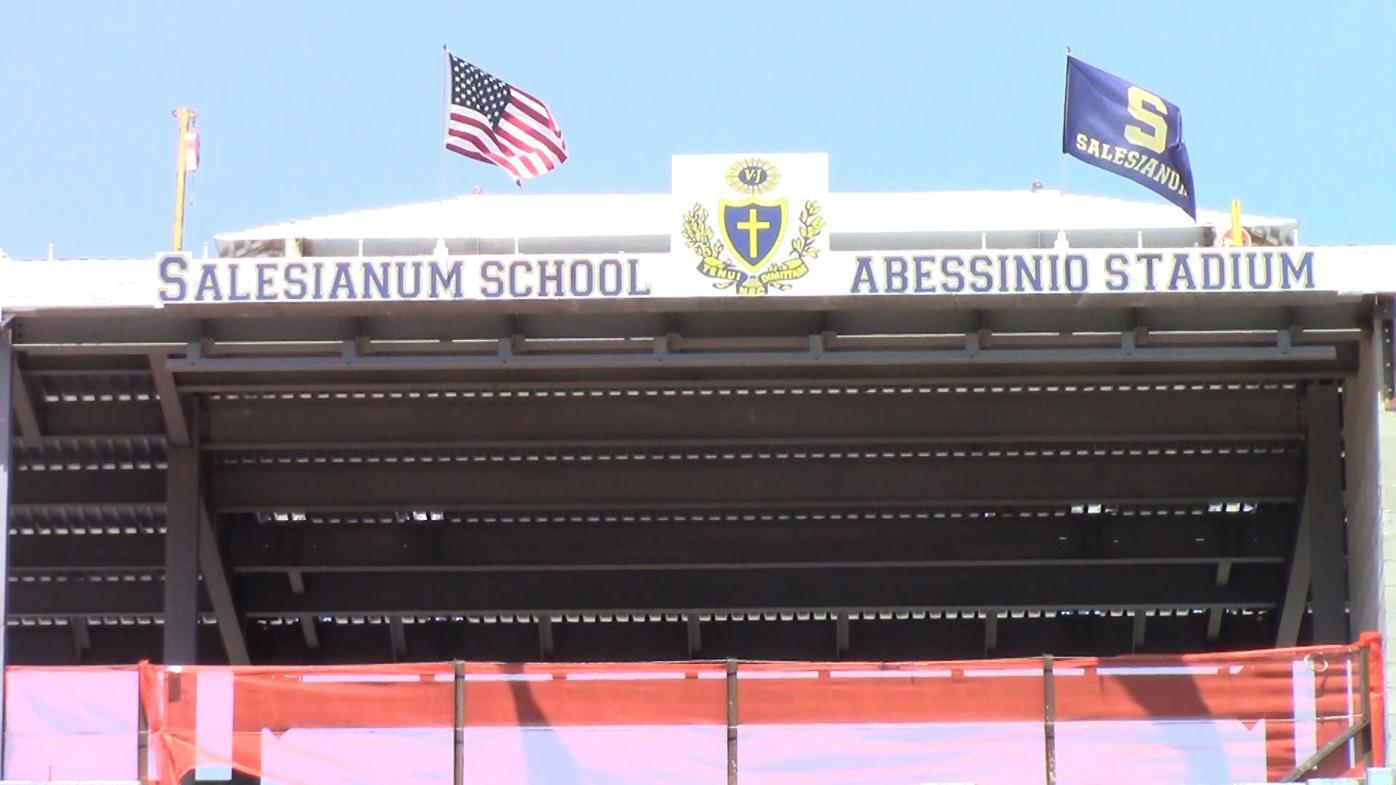 Ironworkers have been carrying out the tradition of topping off a project for well over a century, and on Wednesday, May 13, 2020, that tradition arrived at Salesianum School which has been around almost as long.

A crane lifted the final beam into place atop the new Abessinio Stadium complex adorned with the U.S. flag, a Salesianum School flag, and the signatures of the school's senior class along with those of representatives from multi-generational Salesianum families.

"A really nice bond I think for our seniors to be part of something that goes back generations and will last generations," said Salesianum School President and Class of '94 alum Brendan Kennealey.

Salesianum alum were also behind having the beam signed before its placement.

"Murphy Steel, which is owned by a couple of our grads, said they were bringing it in and had painted it up and had the idea of maybe getting the seniors to sign it," said Kennealey. "They asked us about it and we immediately said 'that's a great idea.'"

The plan was then announced the next night to the senior athletes during their virtual sports banquet.

The stadium is named for Rocco A. and Mary Abessinio whose foundation gifted Salesianum $16 million for the project.

Abessinio is a Sallies alum and the founder of Applied Bank and Roch Capital.

The stadium, which will seat 4-thousand, is expected to be completed sometime in the fall of 2020.

VIDEO: Who's to blame for the death of Baynard deal?