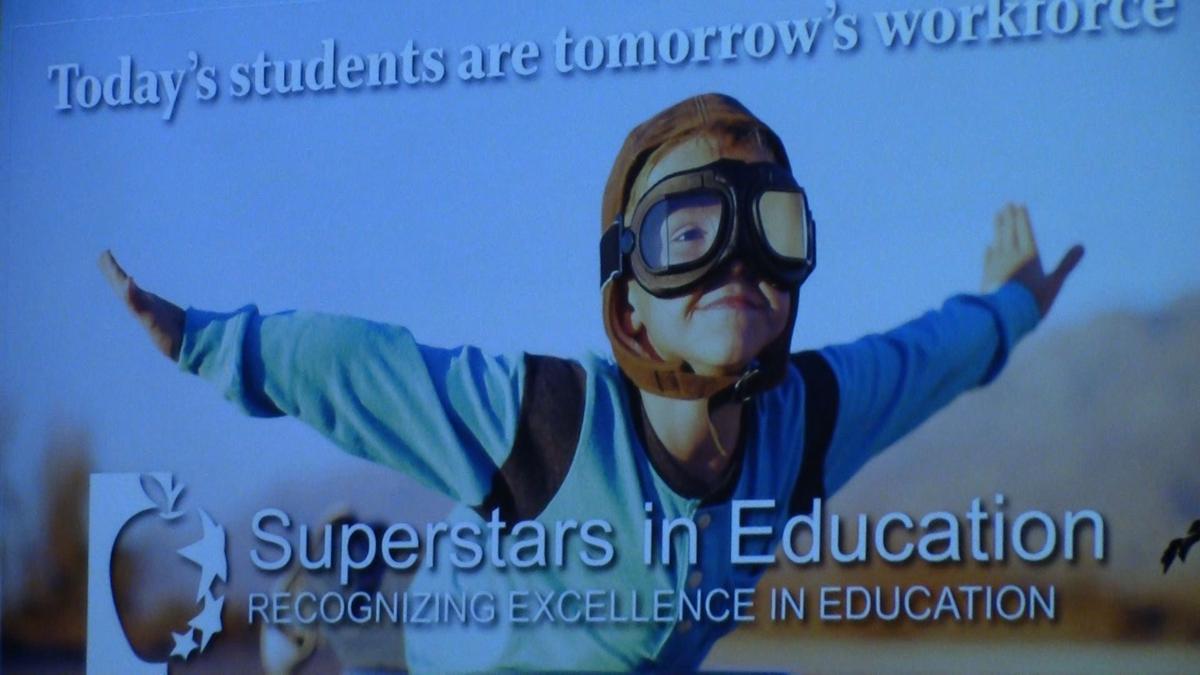 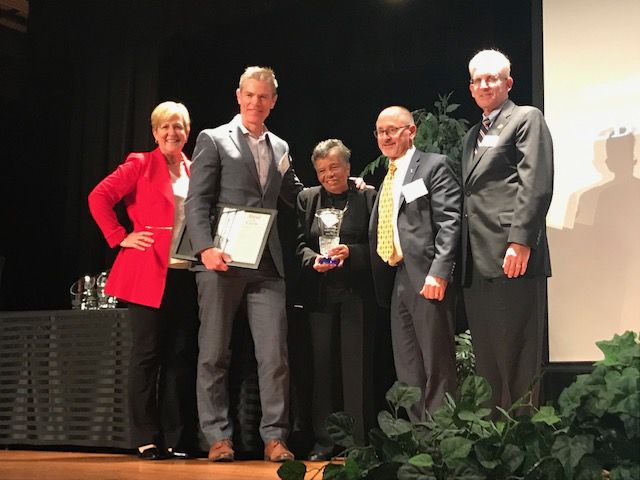 The Delaware State Chamber of Commerce awards the most deserving programs and one educational leader, annually--2019 saw few winners, but showed quality in and out of the classrooms.

Downstate, the Blades community's bilingual students and parents are being encouraged to read with the Latino Family Literacy Project--the goal being to build home reading routines.

"They read bilingual books at home, with their families, and we read them with the parents at school," said Grestle. "The parents also work on scrapbooks and it's a great way to build those home reading routines and, for us, to build relationships with these families."

Kelly Hageman is the supervisor of instruction for the entire Seaford School District.

"The inspiration behind this program was to build a connection between the Latino families that we have around Blades Elementary School and to develop home literacy strategies," said Hageman. "It's designed to help support children's learning at home as well as invite the parents to come in a participate with what we have going on in the school."

Kirsten Jeanette is the principal at Blades Elementary.

"A few years ago, we noticed that our native Spanish speaking families were not really engaged with the school. They were concerned about coming in because of the language barrier and they didn't want to allow their children to go on field trips--we were concerned that they weren't trusting us as school staff," said Jeanette. "Through the Latino Family Literacy Project, we've been able to build relationships not only with the students, but with their parents. They have spread the word about the program and about our school. Now I would say that out families feel very comfortable coming into the school and feel very comfortable asking questions of the school staff about meeting the needs of their children."

The project was honored with a $10,000 donation from DuPont/Corteva to help sustain the necessary materials for the program in the future.

Another downstate school has created a reading program that encourages children to get excited about reading with necklace charms.

Woodbridge Early Childhood Education Cnter (WECEC) has been fine tuning their Wizards of Words: 'Book Bling' Program over the last three years and celebrate reading accomplishments every Monday with charms that represent books or chapters read.

Kim Mitchell is the principal at WECEC and noted the idea came from necessity before being groomed into the award-winning program it is today.

"We had previously used Accelerated Reader and that just wasn't age appropriate," said Mitchell, who cited the restructuring of the school into an early childhood (K-2) school. "We met and decided that we had to come up with something else. Book Bling has evolved over the past few years and we've tried to perfect it because there hasn't been a model that has done something like this, but it's been a really good experience for everyone involved."

She added that the program has spread from the classrooms and home to the local library.

"When they do summer reading, the libraries called and said the kids are coming in, they want to read books and are asking if they can get some book bling."

Dane Sears is the assistant principal at WECEC and reaffirmed that the program has students excited to go out and read.

"I think the number of books that our kids are picking up to read or to even look at and involve themselves with has increased," said Sears. "We've seen some gains in reading but our biggest thing is getting the kids pumped up and excited about it."

One Local middle school has students who are going above and beyond both in and out of the classroom.

Upstate, the BARK Builders of Springer Middle School took home some hardware for the work they've been up to both in and out of the classroom.

Dr. Tracy Woodson is the principal at Springer.

"They bring in wonderful ideas to spread through our middle school as well as the community," said Woodson. "This is not the culmination but it is for them, and me--to see them be here tonight with all these captains of industry, they belong here."

Woodson noted how proud he is of the continued excellence he's seen in the program that turns out generations of tomorrow's brightest and kindest minds.

As part of the 10th anniversary of the Great Dames organization, three role model women were recognized as 'Great Dames Icons' for their contr…

The John H. Taylor Educational Leader Award was presented to Beatrice "Bebe' Coker, who was integral in the desegregation of schools in Wilmington in the 1970s.

She was described as a mother, community activist, leader and did not fall short on the description of 'agitator' when she took to the microphone to accept her award.

"This is really difficult because I knew John Taylor and he's probably up there saying 'I know you didn't pick Bebe,'" joked Coker. "If you really knew him, he had a great sense of humor."

Coker has never failed to speak her mind and followed through, yet again, with the attention of the Chamber of Commerce and company to hear--calling for a focus on better conditions for educators.

"If you are a doctor, a lawyer or a Supreme Justice of the Supreme Court you had a teacher," said Coker. "Why do we take that for granted?--Let's get real about his and stop playing games with cute little programs. Let's develop, in the state of Delaware, the profession of educational engineers. That's what teachers are. I'm very serious. They should be trained as such, paid as such and assessed as such."