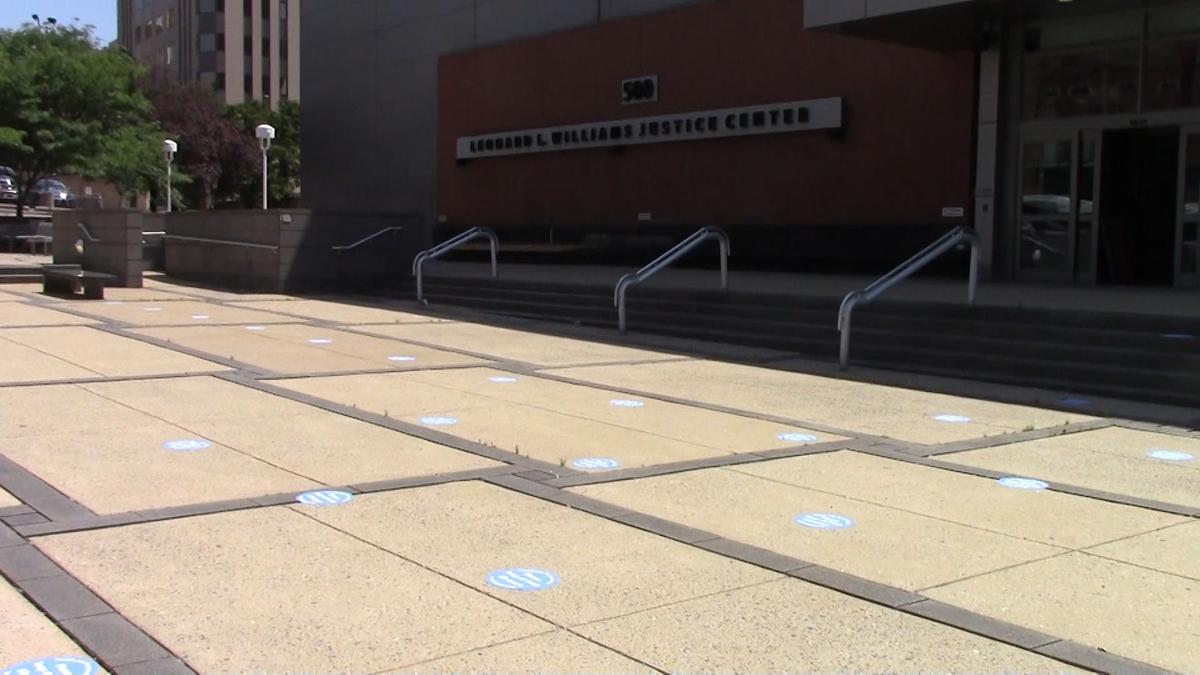 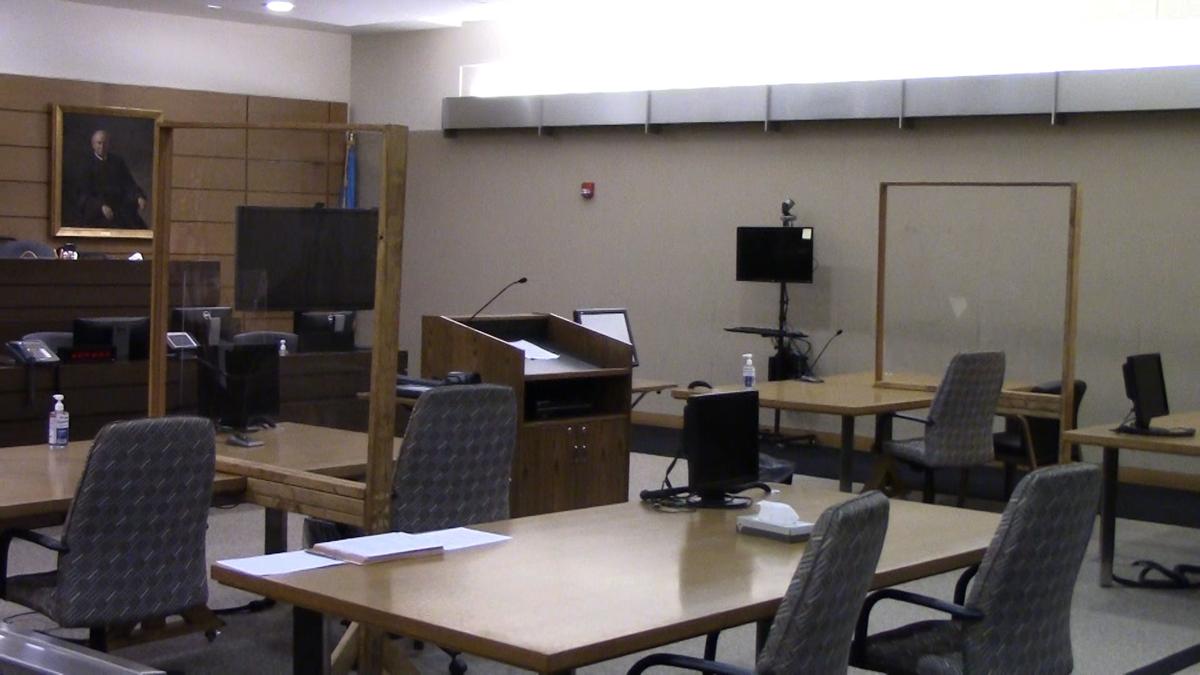 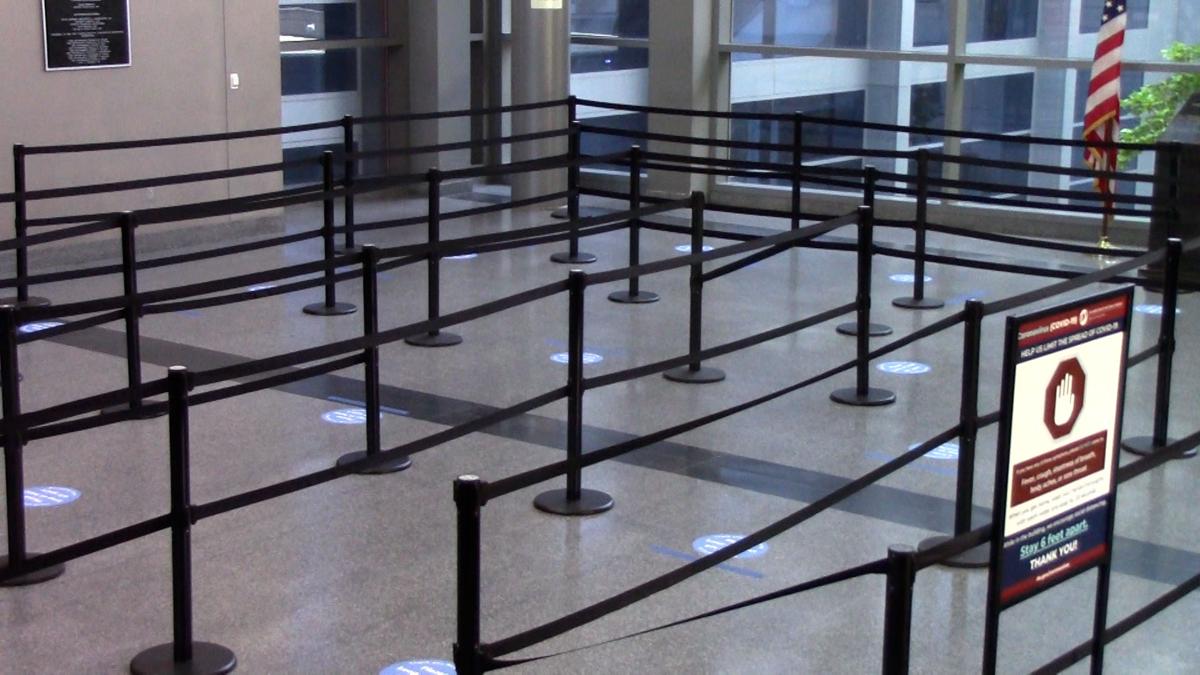 Officials with Delaware's court system are working to prepare the state's courtrooms for operations in a coronavirus environment, but it's unknown exactly when proceedings like jury trials will resume.

On Thursday, July 9, 2020, reporters were given a look at some of the physical changes being made to the Leonard L. Williams Justice Center in Wilmington, not just within the halls of justice, but outside the building as well.

Court spokesman Sean O'Sullivan said there are social distancing stickers on the plaza outside the justice center for when people line up first thing in the morning, and then everyone entering will be temperature checked.

"Where your temperature is being taken through a video camera. There is then a series of screening questions everyone has to answer to make sure they have not been exposed."

O'Sullivan says floor markers for social distancing are throughout the building, as are hand sanitizers.

Inside the halls and courtrooms there are plenty of plexiglass panes separating staff from visitors, judges from lawyers, and lawyers from clients.

The courts have been making extensive use already of tv monitors for video hearings and zoom conferences, and will continue to do so.

"Where you're going to see us get back to closer to normal will be in the fall. That's when we anticipate jury trials will resume."

O'Sullivan said a task force is expected to submit recommendations to the Chief Justice sometime in August.

"How do we space them [jurors] and put up barriers so they have the appropriate social distance in the courtroom?"

O'Sullivan said Delaware is also looking to other jurisdictions that have already resumed jury proceedings.

"And so we're looking to see how they have gone forward and try and learn from their experience so that we can have the best practices in place when we go forward."

Meanwhile O'Sullivan said some of the busier lower courts will try and start moving on a backlog of cases that have developed.

"Normally in the summer it's a very slow time but of course this summer I think it will be busy as they try and catch back up."

The Delaware courts have instituted a four-tier phase-in procedure separate from state government and they are currently in phase two.