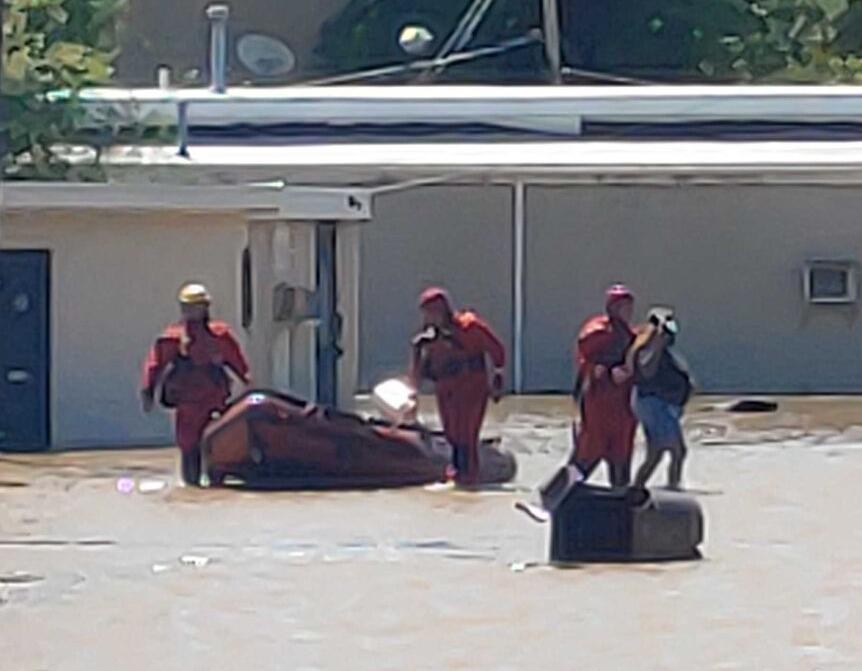 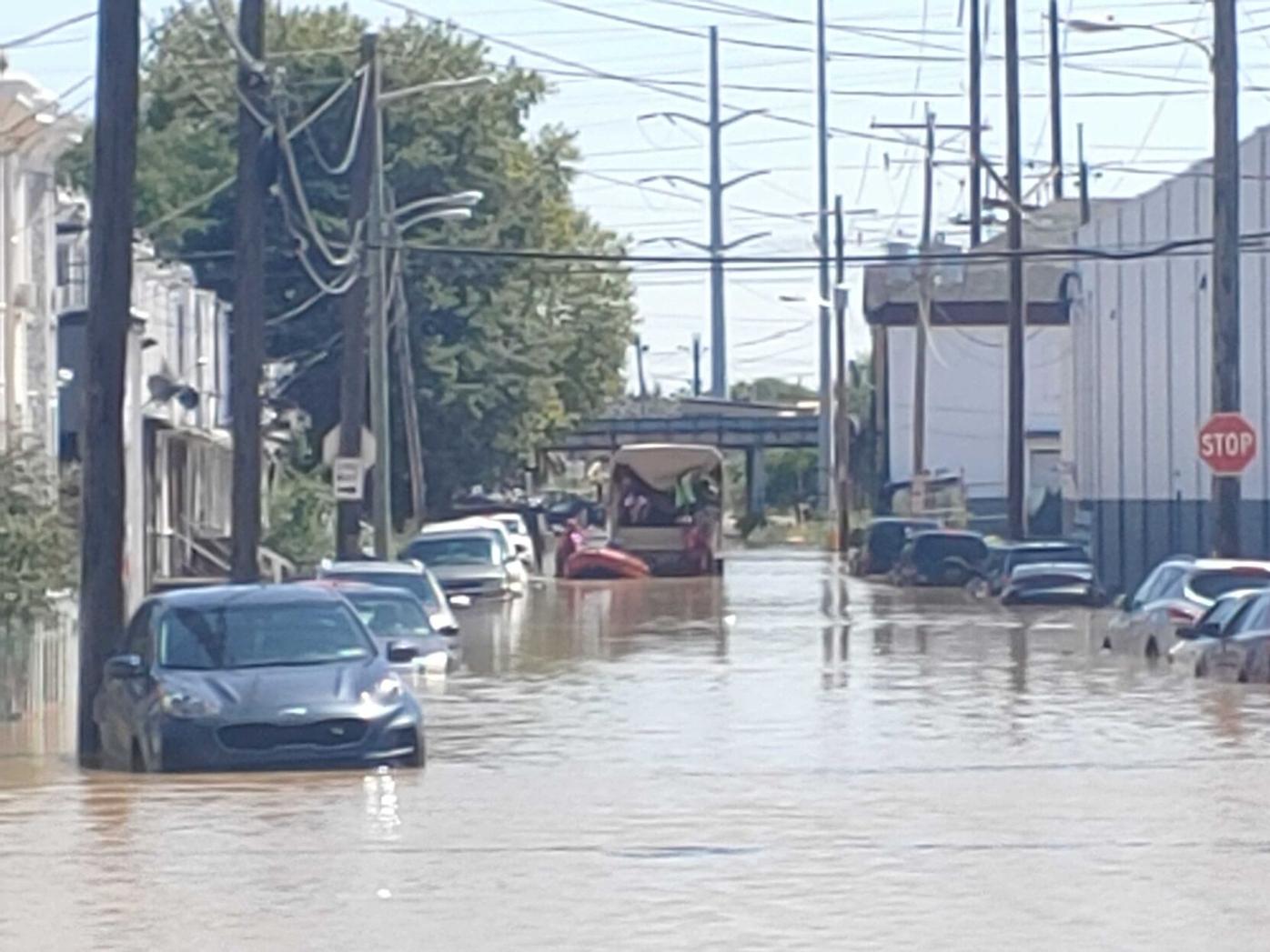 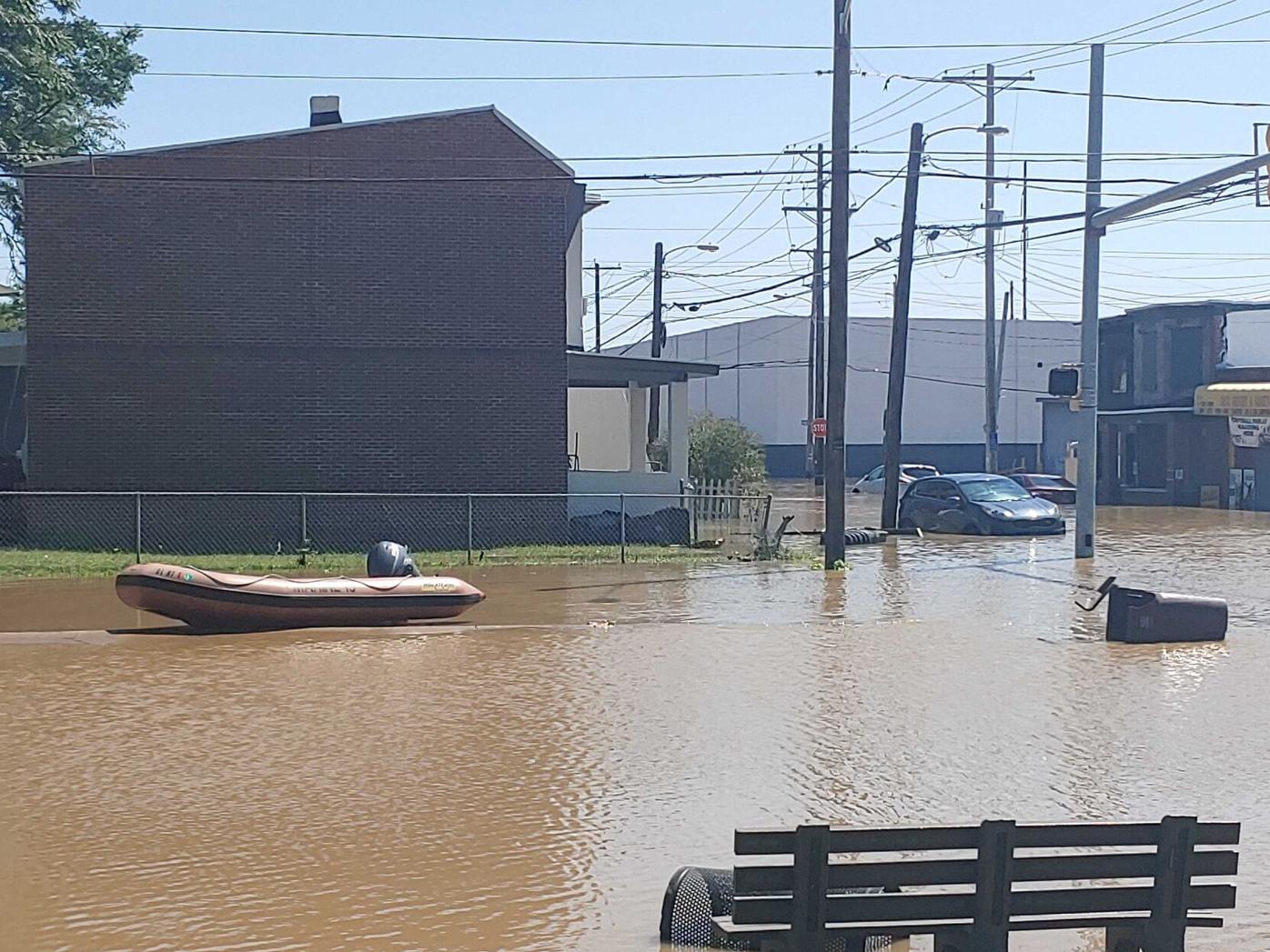 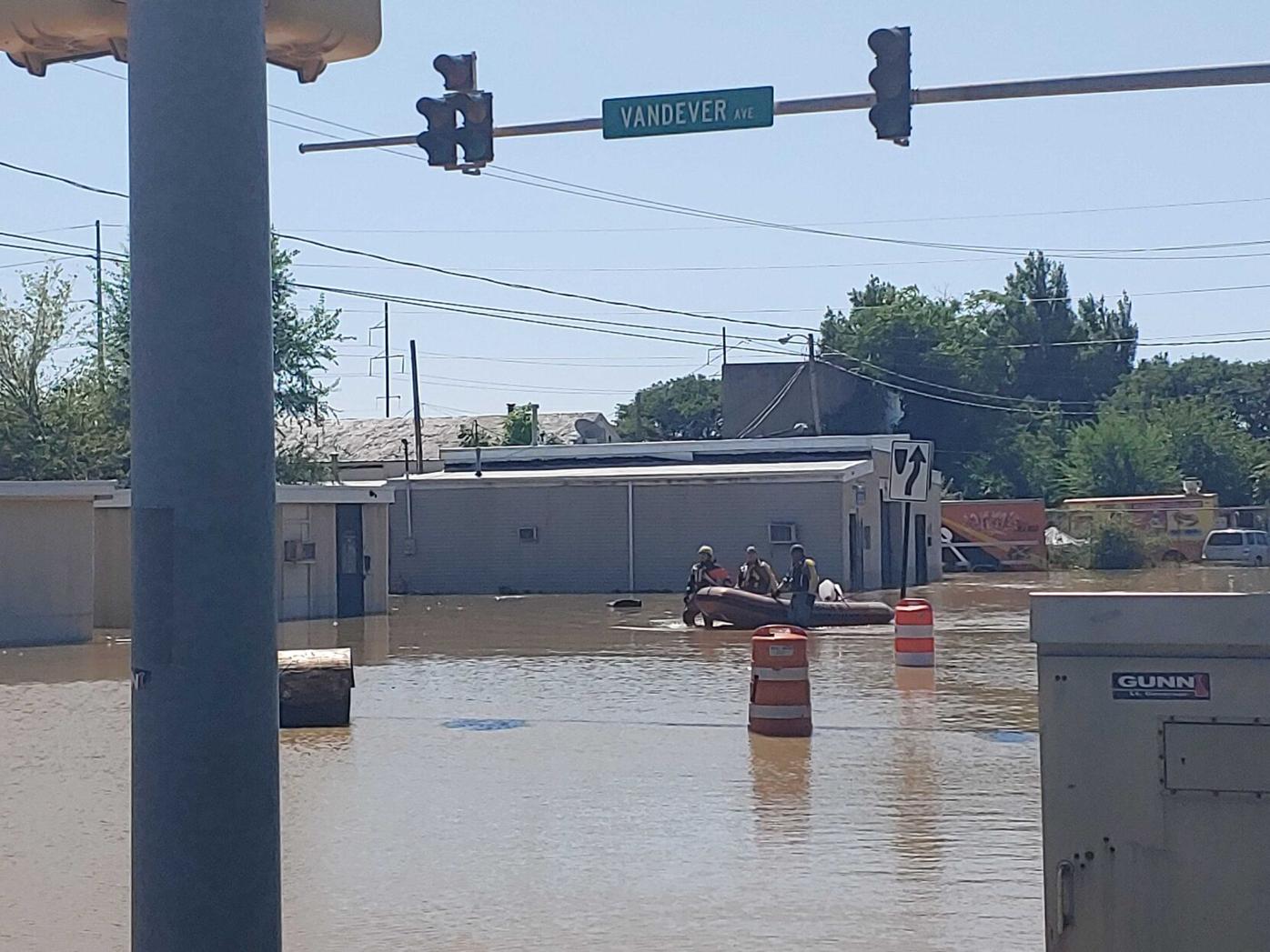 Throughout the remnants of Ida moving past Delaware, and amid the historic flooding created along the shores of all of Delaware's waterways--particularly the Brandywine--Wilmington's first responders conducted more than 200 rescues, officials detailed Thursday afternoon while surveying damage in the city.

"For the city of Wilmington, we've had over 200 residents that we did evacuate. Of those 200, seven [had] just minor emergencies that were transported to the area hospitals. Other than that, no other serious injuries or deaths reported here in the city," said Wilmington Fire Chief John Looney. "We were prepared. Two hundred water rescues; that was 200 removed from homes, removed off the street. We had many residents just walking into high water, so we were retrieving them with all our marine assets, inflatable boats. And then, once the National Guard got in here, then we just started sweeping every street."

As he toured the impacted areas of the city, Gov. John Carney praised the work of all the agencies assisting citizens throughout the episode.

"Our folks from DelDOT are here to assess potential damage to bridges mostly. And I guess all the bridges, all the way up through to Pennsylvania, are shut down and need to be assessed," Carney said Thursday afternoon. "They've made an assessment on the Market Street Bridge, which is determined to be okay."

That work is set to take a significant chunk of time, said DelDOT Community Relations Director CR McLeod. He said travel disruptions would take place well into Friday morning, with the possibility some areas of travel would be restricted through the weekend.

"Really, the focus now becomes, we want to get our roads and bridge structures reopened as quickly as possible, and that's what we're going to be doing for as long as it takes," McLeod said. "We'll be working to get those evaluated as quickly as possible. A lot of them have debris and mud that'll have built up, so we'll actually have to get sweepers out and sometimes front end loaders to clear that debris and make the roads passable. So, there's definitely a couple days of work ahead of us before we return to normal."

Carney also noted during his stop in Wilmington he'd heard from Delaware's own President Joe Biden, so while praising the communication between state, county, and local agencies throughout Ida dumping upwards of five inches of rain in some communities in just a few hours, he also said he was thankful for the offer of federal support.

"I did get a call from President Biden offering whatever support that they could provide," Carney said. "I assured him that we have a great relationship with FEMA, and we get great support from them, and our federal partners as well."

Many were just thankful that, while the outcome for property damage was unprecedented, the most valuable and unreplaceable contents within were spared.

"At least, as of now, not having any loss of life is a huge relief obviously," McLeod said. "Property damage is impactful and is something that can be a huge burden on folks. But the fact that no one lost their life across Delaware, when we've seen what this storm could do, in other states that unfortunately, there were fatalities associated with this storm, that's a huge relief, first and foremost."

VIDEO | After the storm, Wilmington now dealing with widespread flooding as Brandywine swells

The last of Ida may have moved beyond Delaware, but increasing issues remained Thursday foll…

As the remnants of Hurricane Ida moved past Delaware Wednesday night, roads were flooded and…

Flash flooding and an isolated tornado can't be ruled out as the remnants of Ida storm into Philadelphia, the Pennsylvania suburbs, New Jersey and Delaware on Wednesday into Thursday

UPDATING | Delaware cycling through warnings and watches as Ida moves through