"The budget I have presented to council includes no property tax increase. The budget is balanced with a transfer of $5.6 million from the Rate Stabilization fund. This is the second consecutive year that we have accessed this fund," Purzycki said. "Obviously, I don’t believe this is the time to raise taxes by 14%, which is what we would need to cover the deficit. Nor do I believe it wise to lay off employees when unemployment itself is a problem for the country’s economy. Our budget does, however, include an increase of 3% in water rates and a 2% increase in the stormwater charge."

The water rate increase was less than what was recommended by the independent Utility Citizen Advisory Board, Purzycki said, but necessary to avoid larger increases in the future. That worked out to an average of $1.75 monthly on 4,000 gallons of water, sewer, and stormwater usage by a city customer, and $1.53 a month for a customer receiving only city water.

Speaking to the Rate Stabilization transfer, the mayor said the monies were needed to cover COVID-related losses in revenue totaling that amount, including losses in wage tax, head tax, and parking enforcement revenue which would've resulted in a 14% increase on taxes.

"This address was not crafted in a vacuum, but rather during an economic crisis in the midst of a pandemic and its many gruesome manifestations—the deaths of a half-million fellow Americans, millions of job losses, the stresses of social isolation, and a lost school year for many of our children," Purzycki said. "Our challenge is not just to balance a budget but to craft one that confronts the many problems our community faces both caused by, and revealed by, the pandemic. COVID-19 is not an excuse to hide. It is a call to each of us to better understand the problems we face and then to craft solutions.

There was $5,500,000 earmarked for neighborhood stabilization, including the lion's share of $5 million allocated to neighborhood preservation and improvement, and $500,000 going to aid the work of Wilmington Neighborhood Conservancy Land Bank.

The Wilmington Clean Streets program saw a bump up to $700,00 in funding with an additional $300,000 investment on the year in Purzycki's proposal, and policing body cameras software and staffing saw a $650,000 issuance.

The total debt service for the city increased by $3.38 million, due to a one-time savings last year of $3.81 million.

"This budget proposal increases spending by 5.3% or approximately $8.6 million over FY 2021. Of this increase, much of it is uncontrollable cost. For example, $3.38 million is a scheduled increase in debt service," Purzycki said. "Cost-of-living and step increases for employees required by contract or other mandates account for $2.6 million of the increase. And, as we continue to implement a police body camera program, software and personnel will add $650,000, leaving a budget increase in controllable costs of about $1.9 million, or 1.2% of last year’s budget."

Protecting citizens now was just as important as identifying weaknesses that may appear in the future, Purzycki said, and the pandemic has shown just how vulnerable some sources of income are to hiccups.

"Looking ahead, we must be mindful that revenue sources we once took for granted, may not be available in the future. As we end fiscal year 2021, we project a $12 million decrease in key revenue lines compared with FY 2019, which was the last full year before the pandemic took hold," the mayor said. "Examples are a $3 million loss in parking revenue, a $1.6 million loss in interest income, and an almost $2 million loss in wage and net profits tax. Empty office space has led to real estate reassessment appeals, which again has resulted in reduced property tax revenue. In fact, Moody’s recently estimated that increased office space vacancies nationally will result in office assessments declining by 12.6%"

The city expects to receive $55 million from the American Rescue Plan to offset COVID-related expenses, some of which Purzycki said he anticipates will go to improving housing in neighborhoods, negating his need to make a request of the council to provide a $5 million investment in that area.

"At long last, we will have the resources to demolish many vacant houses that are not salvageable and whose presence ruins neighborhoods," he said. "And lastly, we will commit to rebuilding and redeveloping areas of the city that have been without any hope of progress for far too long."

"If we are unhappy with the condition of the city, its poverty, and its crime, then we must strengthen the only institution standing that can influence the future for Wilmington’s children, and in the end, the city itself," he said. I commit to you my dedication to a better education for our youth and a city high school that can serve as the anchor for our young peoples’ healthy identity and self-image—a high school that serves also as a cultural activity center and as a community support system. So, our mission remains unchanged."

View a detailed breakdown of the mayor's proposal here: 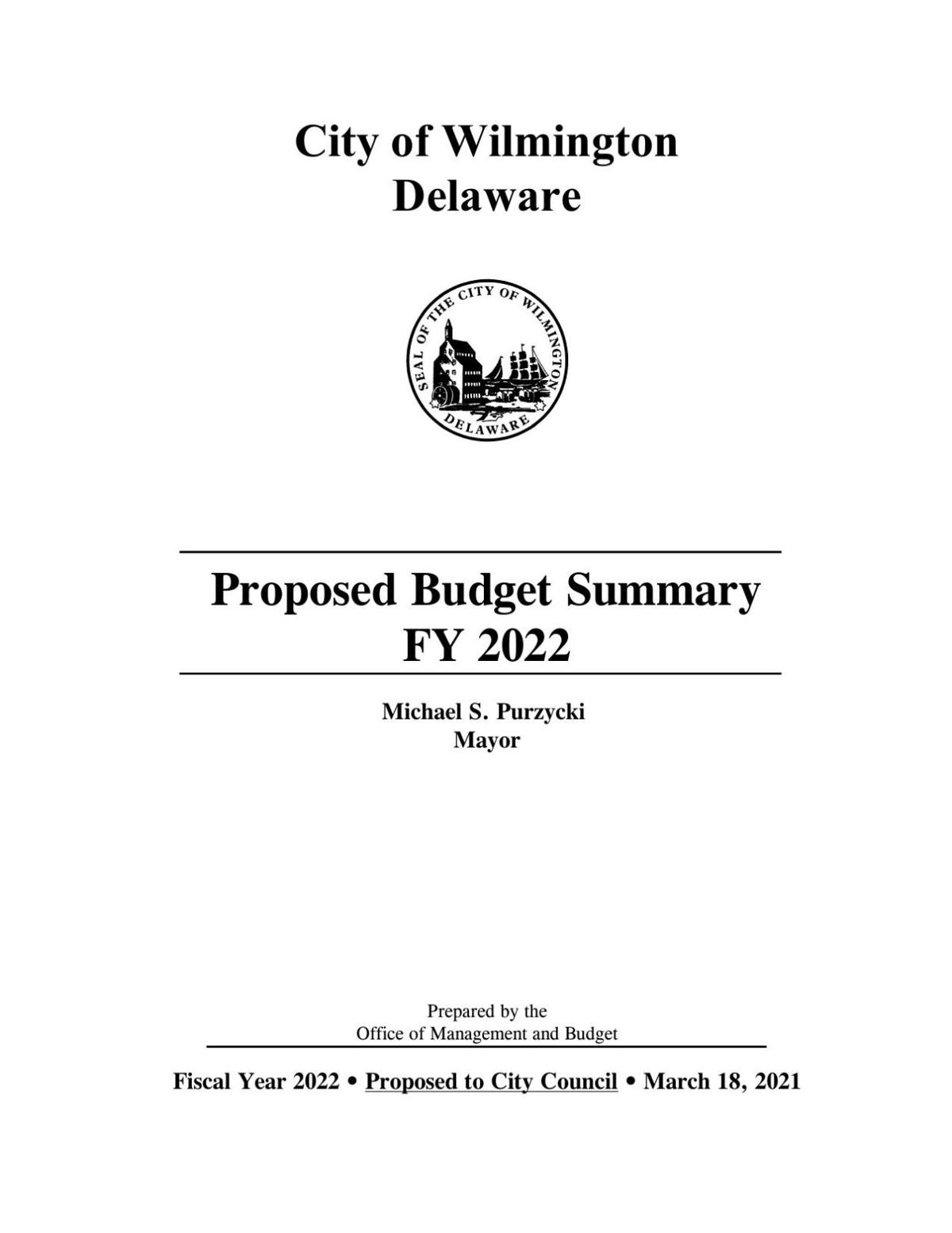