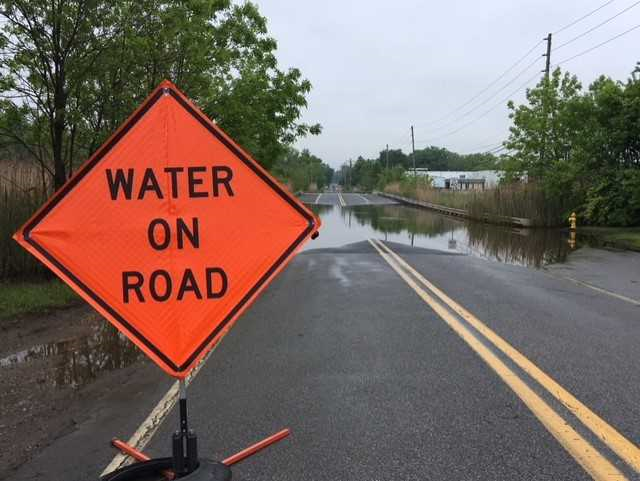 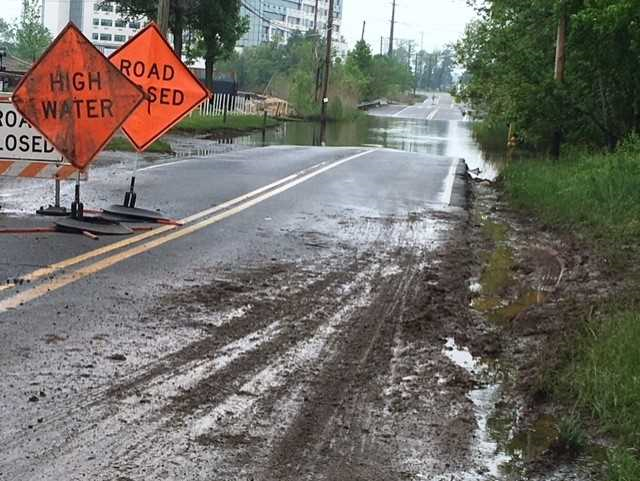 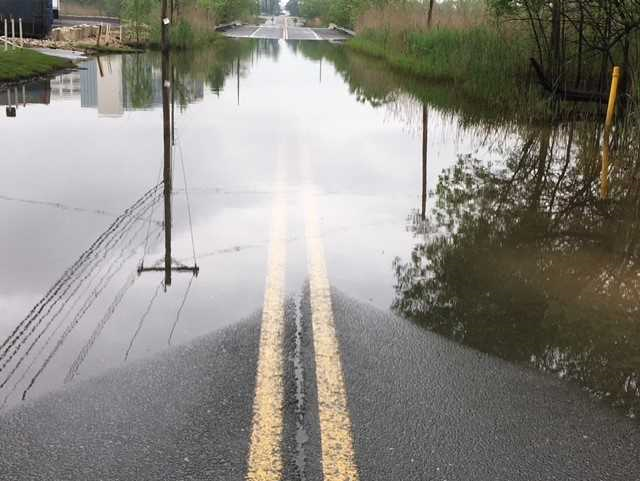 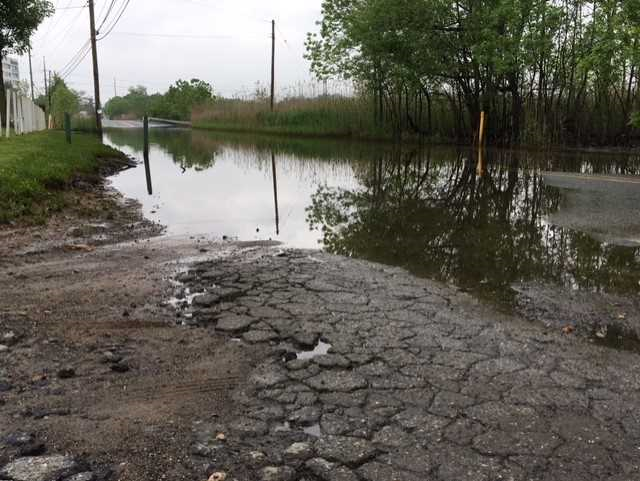 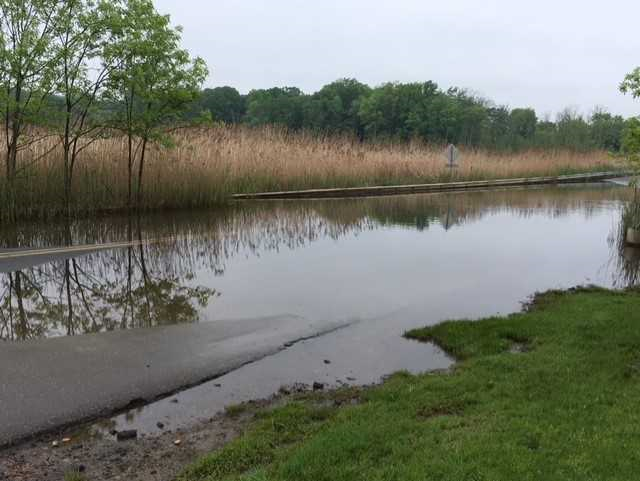 The west side of Airport Road flooding near the Sheraton Hotel 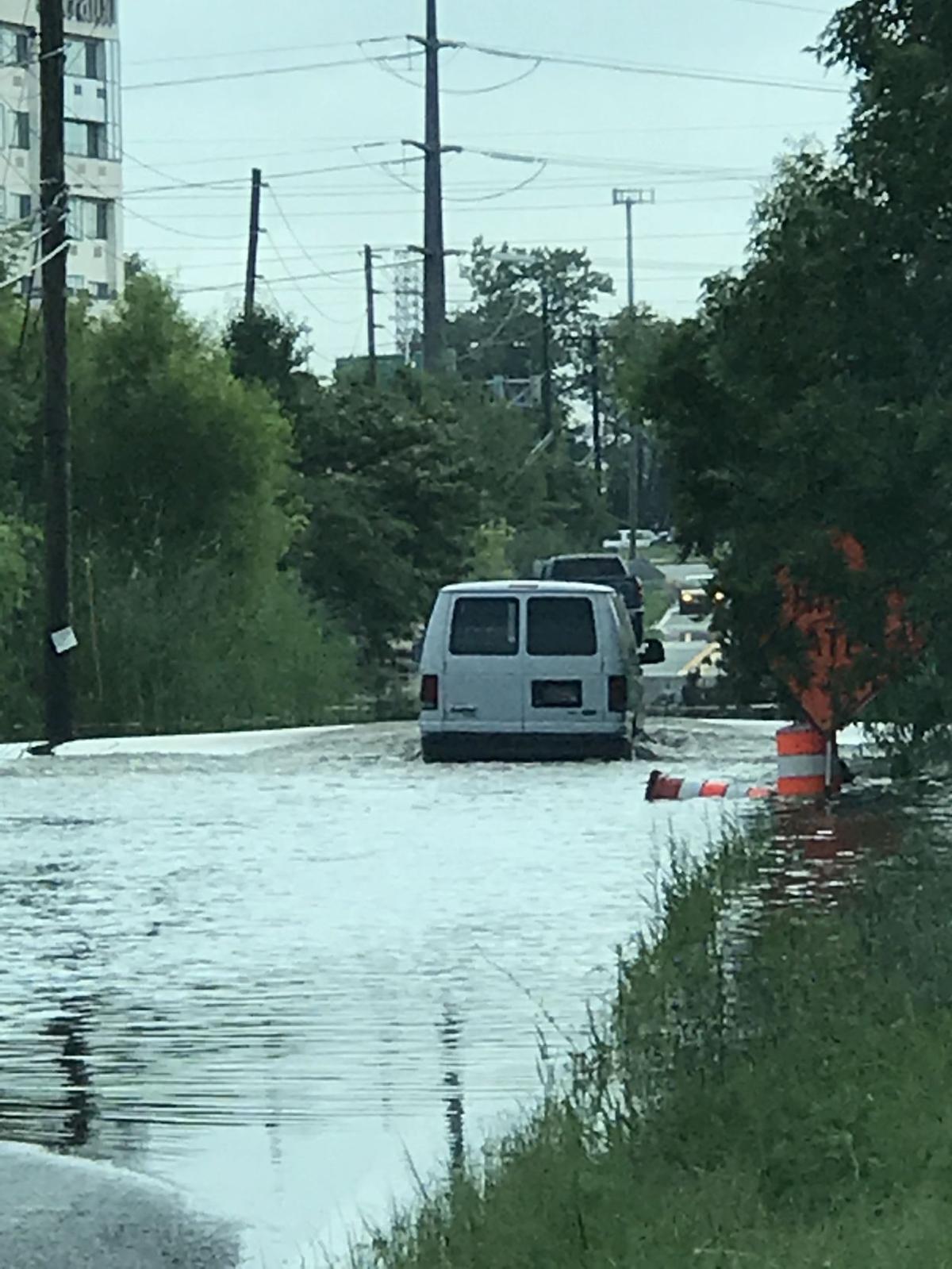 A passenger van chooses to risk getting stranded in the high water that collected in the area of Nonesuch Creek, along Airport Road. 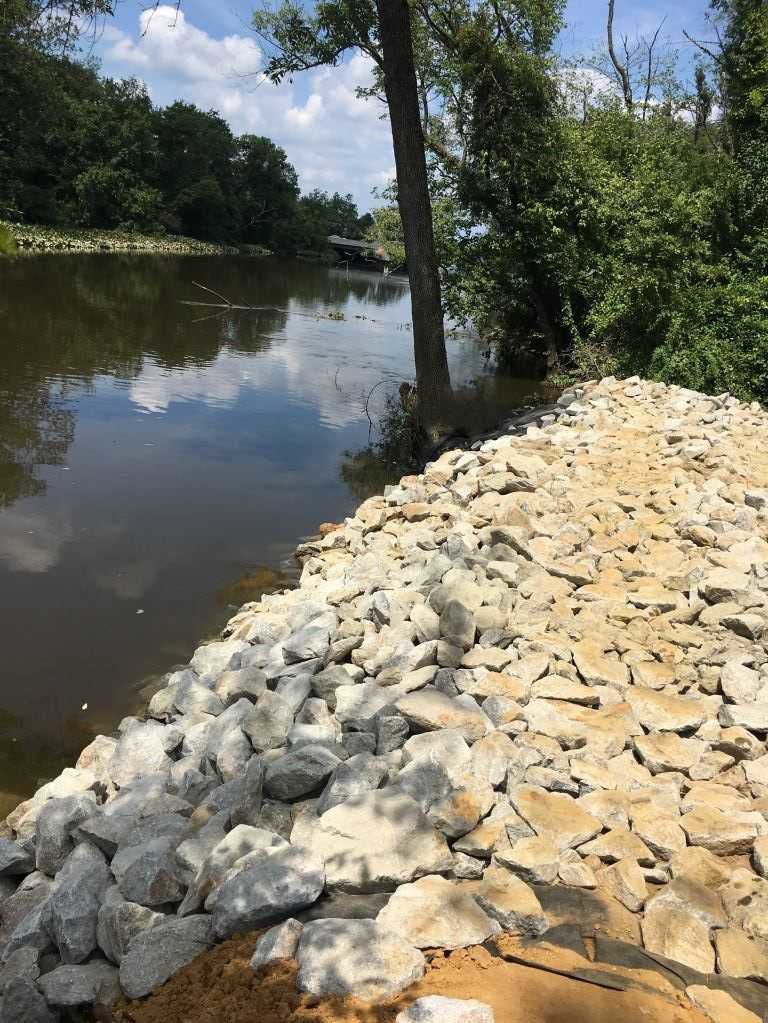 A dike surrounding Nonesuch Creek was recently repaired after a significant breach compromised its effectiveness with preventing tidal waters from overflowing onto nearby Airport Road. (Pictured: Christina River | Nonesuch Creek and Airport Road are out of view, off-right). Photo courtesy of DelDOT.

The west side of Airport Road flooding near the Sheraton Hotel

An often flooded portion of Airport Road, off the exit from Interstate 95 in Churchmans Marsh, might remain open to traffic more consistently, if recent repairs to nearby infrastructure prove to be successful.

The Delaware Department of Transportation (DelDOT) completed the separate, but related, projects in August 2018 to expedite the reopening of the Airport Road bridge over Nonesuch Creek, when it is flooded following substantial rainfall.

The urban collector road, built in 1979, has been notoriously prone to washouts. This has been manifested by depreciating evaluations of the bridge structure itself over time.

Comparing the last available bridge inspection, performed in June 2016, with the ratings issued in June 2004, for example, shows the decline:

Eventually, DelDOT discovered, in conjunction with the Delaware Department of Natural Resources and Environmental Control (DNREC), that a contributing factor for the frequent instances of high water was a broken tide gate located underneath of I-95.

"It's there to help control the flow of the water out of the creek and back into the Christina River," explained C.R. McLeod, DelDOT Director of Community Relations. "That's been fixed and hopefully that will help keep the Christina from going into the creek and, ultimately, overflowing onto the roadway."

A second issue was also detected involving a significant breach in the dike located around the creek. Although the maintenance of the dike doesn't fall under DelDOT's responsibility, because this issue was the primary cause for flooding, the agency decided to secure the necessary permits and make the repairs itself.

"We wanted to get this work done and so we did work with DNREC to move that work forward," McLeod revealed. "It just didn't make sense for us to [only] fix the gate. We wanted to try and get these things done simultaneously to, hopefully, resolve the standing water issue."

Despite the efficiency of the repairs, the assessment of what needed to occur and its subsequent installation was no small task.

"I'm not sure how deep [Nonesuch Creek] is, but it required divers to [repair the gate]," McLeod shared. "People had to go down under the surface to remove the structure. We had to get the new gate built and then, again, schedule this specialized team of divers to put it in."

Although the fixes should likely keep water from occupying the roadway as often as it has, McLeod warned  the repairs are not a cure-all.

"When we have heavy, heavy rainfall, we're still going to see flooding out there that may require closures until the water recedes," he hedged. "[But] let's fix the problems that are creating the hazard that we have out there now, and then take a hard look at what the future [looks like] of maintaining that roadway."