Two crossings in Pencader Hundred--which have become problematic for motorists---were the subject of a recent public workshop that unveiled plans to remedy them.

The Delaware Department of Transportation (DelDOT) displayed the highly traveled corridor of Old Baltimore Pike, at both the northern and southern legs of Salem Church Road, on August 14, 2017.

Arguably the greatest issue for the roadway was the prevalence of crashes at the intersections.

"This project was included in our Hazard Elimination Program (HEP) back in 2009," revealed Matt Vincent, project manager with DelDOT. "And that identifies intersections and stretches of road with a high frequency of crashes. Basically, any stretch of road that is identified as a safety problem."

Citing statistics from an earlier workshop in 2013, Old Baltimore Pike had been the scene of nearly 150 crashes, at either Salem Church Road leg, for the three-year period between October 2010 and October 2013.

Of those 147 crashes, more than 40 percent had been of the sideswipe, and angle, varieties. Vincent suggested these type of wrecks were due to unprotected left turns, defined as turns without a dedicated green arrow but permitted when oncoming traffic is clear.

The safety issue at the intersections has also been compounded by capacity issues, which has resulted from the queueing of traffic which extends beyond the turn lane cut.

Dual left turn lanes will require some minor widening on either leg of Salem Church Road, but only to accommodate a receiving lane for the additional turn chute. Eventually all turn traffic will merge into a single lane. 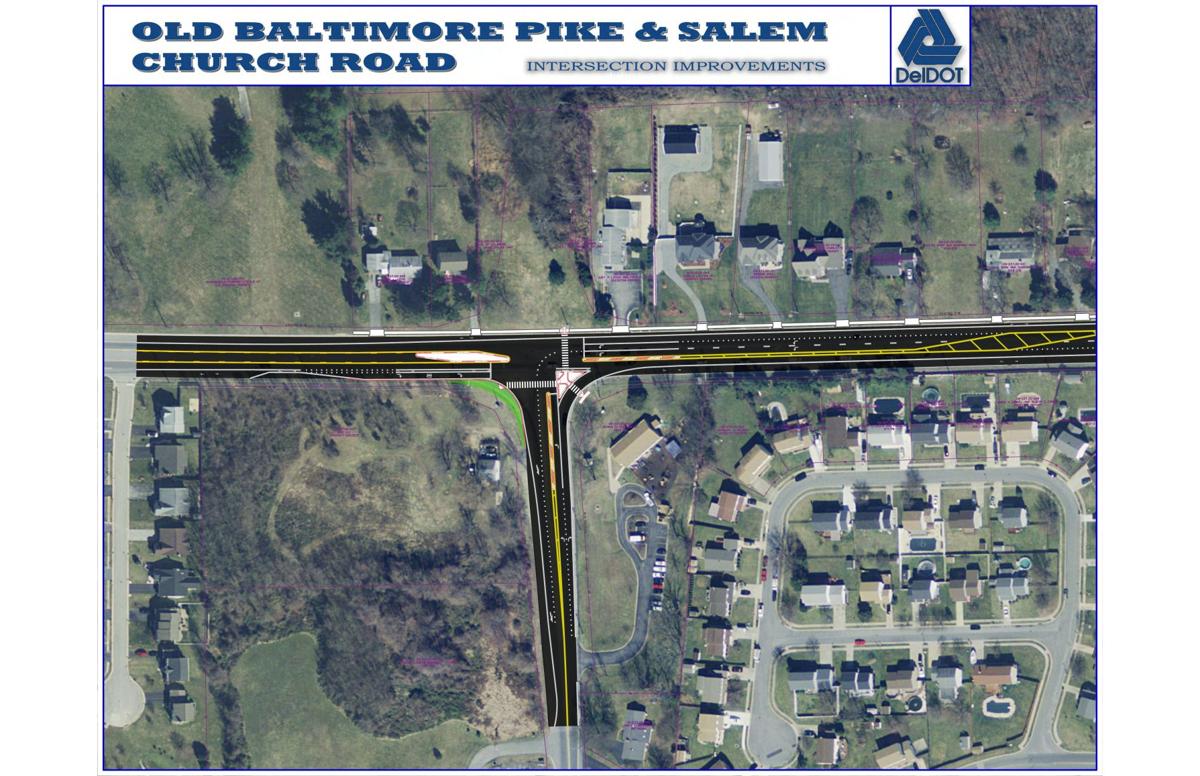 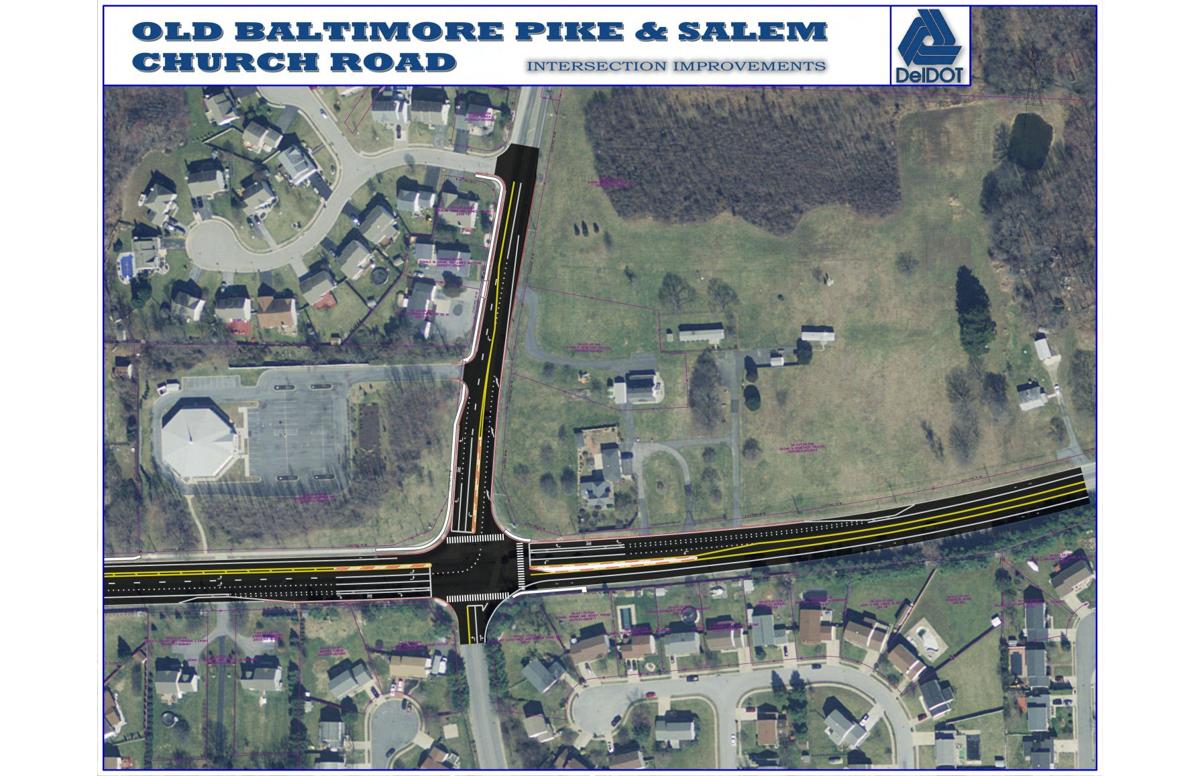 Workshop responses were typical for what DelDOT encounters, ranging from acceptance of the proposed solutions to concerns over construction related conflicts to nearby residents.

Still, considering that full realignment was not an option, the enhancements would provide greater safety, accessibility, and efficiency for the area.

"To bring [the roadway] into a single four-leg intersection, that's really been difficult," Vincent acknowledged. "So we've had to look at what we can do with the current alignment and make improvements within the existing footprint."

The timeline for the project was presented as follows:

"Obviously through the winter months [of 2019], construction slows down quite a bit," Vincent reminded. "So we're looking at the summer, or fall, of 2019 to complete it."