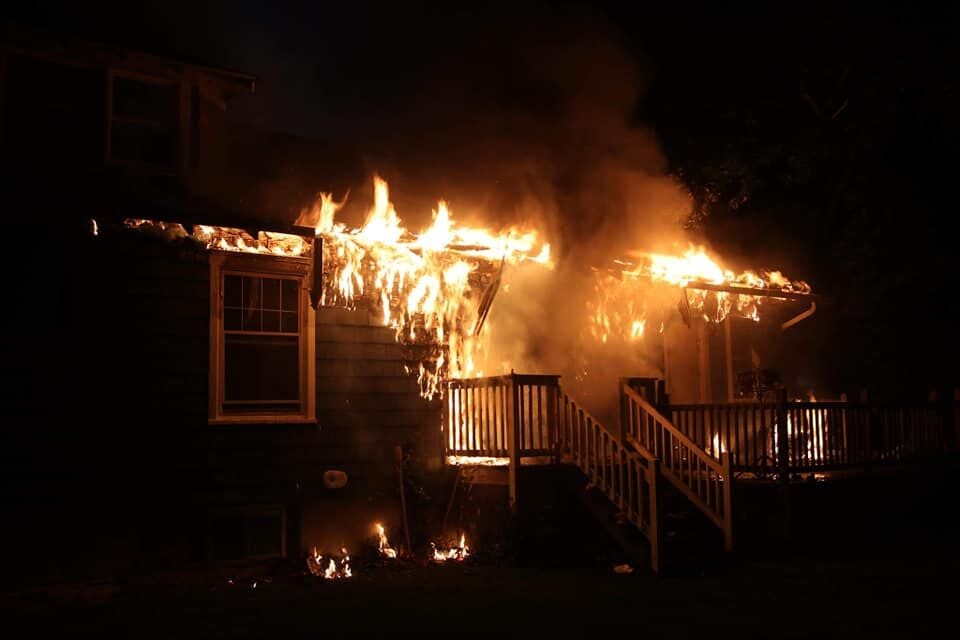 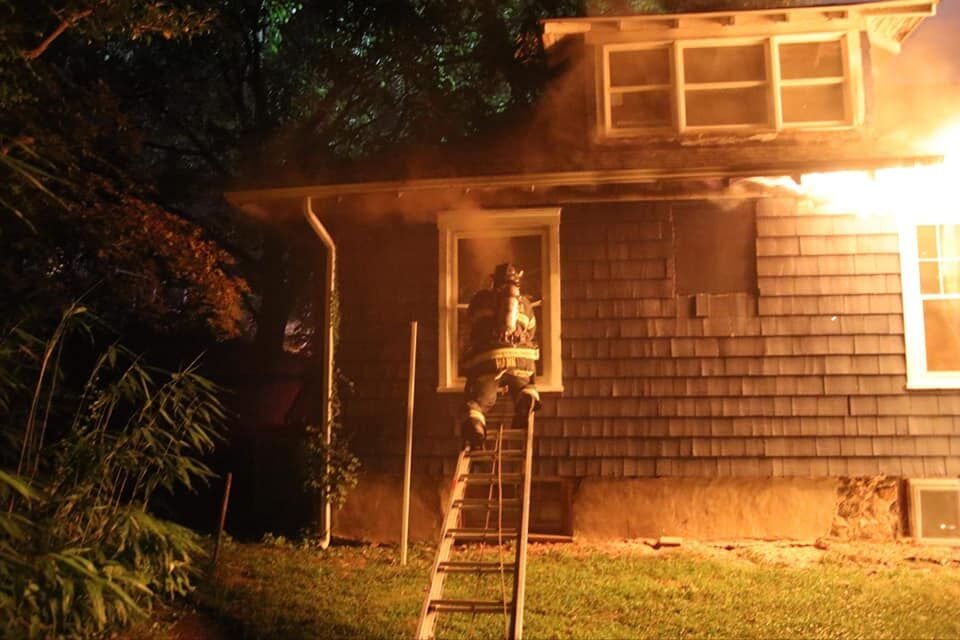 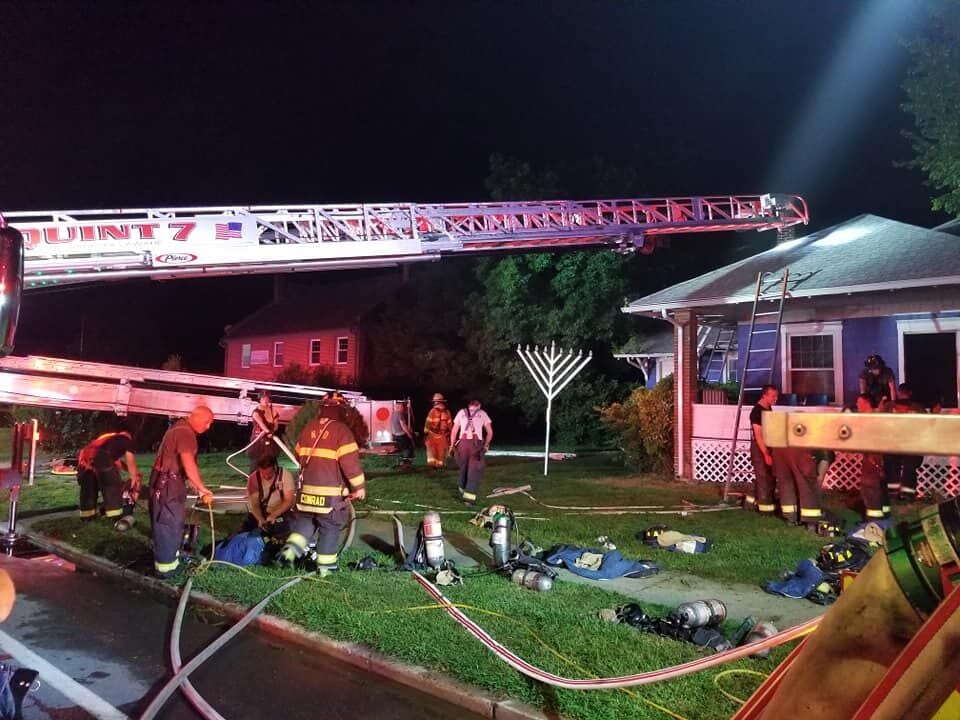 "It's not Delaware," said Rabbi Avremel Vogel, of the University of Delaware's Chabad Center for Jewish Life. "This is an absolute outlier. It's not Delaware, it's not Newark. That's what made it such a shock."

The Jewish center at the university, in the 200 block of South College Avenue, was targeted around 11 p.m. on Tuesday, August 25, 2020, in what the Delaware State Fire Marshal has since ruled an arson case.

Vogel said he was sitting as his computer doing some work when a student texted him asking if he was okay, and notified him of the fire. The fire occurred at the house where he previously had lived with his family, a wife and three children.

"We lived in that house up until a year-and-a-half ago," Vogel said. "It was never ideal to be living in that house, it was not very well set up for a family. So we moved out and that...became the student house."

Vogel moved into the house directly behind the student center, so he didn't have far to travel to check on the incident after being notified something was going on.

"I walked in the backyard. I thought there was some misunderstanding," he said. "Seeing the back of the house first--that's where it started, that's where the most significant damage was--was obviously a shock. It's not something I ever expected."

It helped lessen the impact a bit, Vogel said, when the fire marshal informed him right away he believed the incident to be arson, though an investigation would have to--and ultimately did--officially rule that was the case. It helped, he said, because it's a "bittersweet" realization to discover at least the fire wasn't because of negligence or faulty behavior on the part of anyone associated with the center, but it's still troubling to discovered someone would target the center int hat was.

"The gut punch was softened by the fact that our fire marshal actually, he took one look at it and he said that he was fairly certain that this was arson. So he said that from the beginning," the Rabbi said. "[There] wasn't anything that I could have done to prevent it. On the other hand, the fact that someone would target, or that someone would just want to destroy our house, was also a gut punch."

Vogel, who's father also runs a Chabad Center in Wilmington, said there's never been any indication they had enemies in the area, and that Newark, Delaware, has always made him and his students feel welcome and accepted. His primary concern since the incident was showing students that fact--that the world is generally overwhelmingly good--and that they are surrounded by love.

"All the emotions and everything on the spectrum, between shock to anger," he said. "People are like, 'Why? Why would someone do this to us?' A lot of people asking the question why, and it's been it's been my job to pretty much assuage those feelings and to really kind of steer [the students] in different direction," he said. "It's not going to help us to ask why someone would do this, and harp on all like the negative aspects. We have to look at what we can do from this--how we can build better and stronger from this? We have to rally together, and that's something which the students have done phenomenally."

To give them an outlet, he supported their idea of a GoFundMe campaign.

"This GoFundMe started so naturally, so organically. We had a barbecue with some of our student leaders--they just got back to campus, and I took a break from dealing with the fire marshals...They said, 'Rabbi, what can we do?'" Vogel said. "They said, 'Okay, can we start a GoFundMe?' I said, Yeah, sure. I didn't think it would take off very far. I thought it would bring in like $5,000, $10,000--but it would be something that the students can do, and they needed ownership, and they needed to do something, and I thought that would be great for them. To see that, now, it's over $300,000 they managed to pull in over the past day-and-a-half--the overwhelming support from literally every single walk of life across the country, across the world, has been incredibly inspiring."

Democratic presidential nominee and Delaware resident Joe Biden, citing WDEL's coverage of the event, said the news was "deeply disturbing" and called for "a full and swift investigation into what happened." Biden said anti-Semitism was on the rise country-wide.

This news is deeply disturbing — as an alum of @UDelaware and as an American. We need a full and swift investigation into what happened Tuesday night.

With anti-Semitism on the rise across the country, we all have a moral obligation to speak out and give hate no safe harbor. https://t.co/YofvhFv6wA

"It's comforting, it really is. It shows that we matter. I mean, we know that we matter, but for the students, sometimes they start thinking when people aren't talking about it, 'Why are we the only ones that care about this?' When they start seeing that other people do, I think it's very comforting," Vogel said. "I mean, the students over here...at the university, they worship Joe Biden, that's just how it is. He's the poster child. He's someone, every time he comes to campus, the students are going crazy. So, to get that from him was an absolutely huge boost for their morale, that I can tell you for sure."

In the meantime, Rabbi Vogel said he's been focused on bringing more "light into the world," and seeing the outpouring of support in the wake of tragedy has really helped boost everyone's spirits during such a trying time.

"I keep pointing to that and I keep telling [the students,] 'What do you think is the image of the real America? The real Newark? the real Delaware?" he said. "Do you think it was this individual that set a fire, or do you think it's all of these thousands of people--five, 6,000 people--who have donated to this cause, most of whom don't know who we are, but they stand together because that's who we are as human beings. That's what we do, we rally together. There's so much more that we have in common than people think."

To donate to the Students of Chabad UD's GoFundMe campaign to help them repair their facilities, visit this link.

Fire damages Jewish Center at the University of Delaware

A fire at the University of Delaware's Chabad Center for Jewish Life has been ruled arson, t…