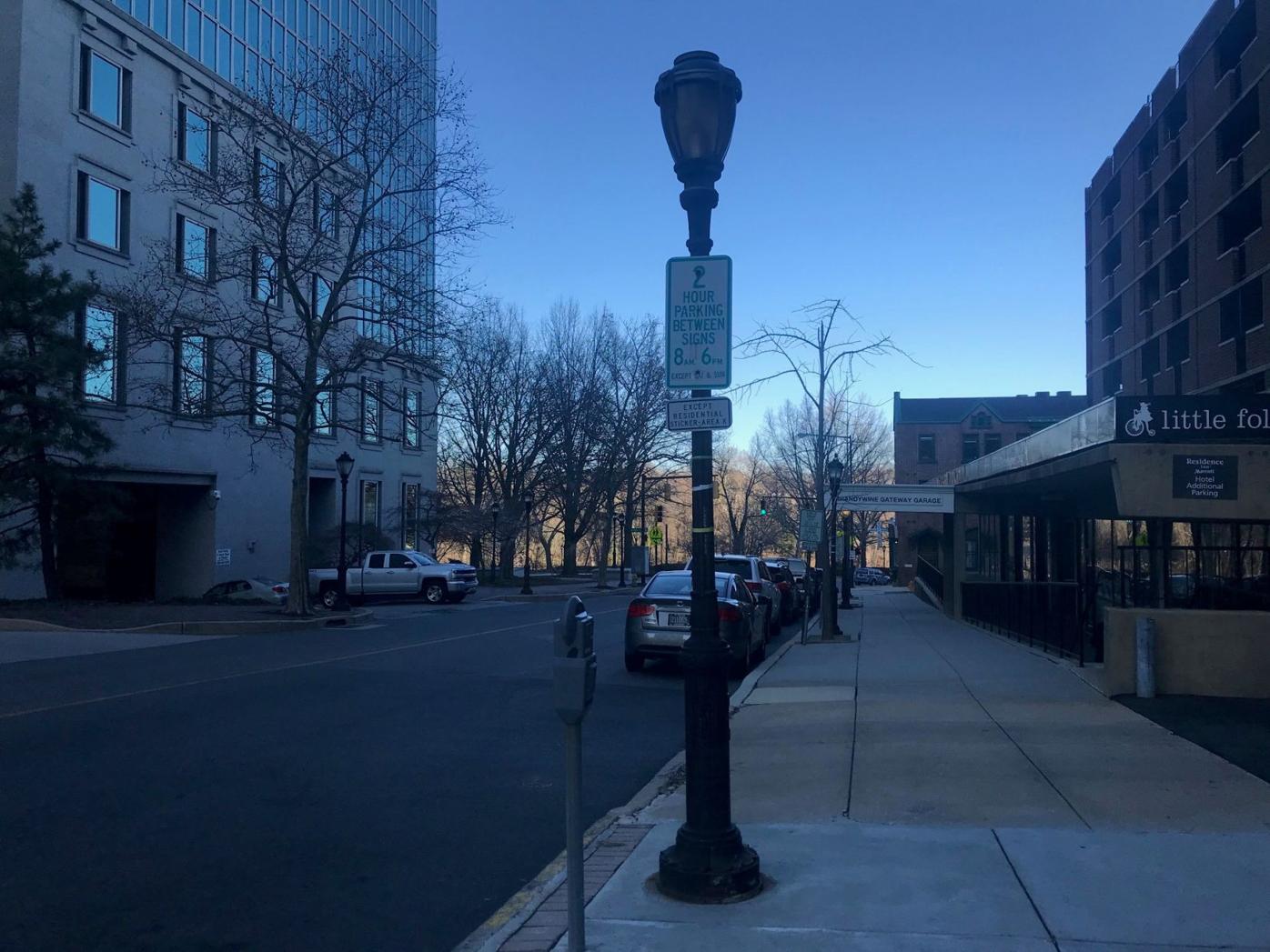 Outside the illegal signs posted on the 1300 block of North Market Street is a two-hour parking zone where Matt Lenzini parked; his car was towed anyway by National Auto Movers, he said. 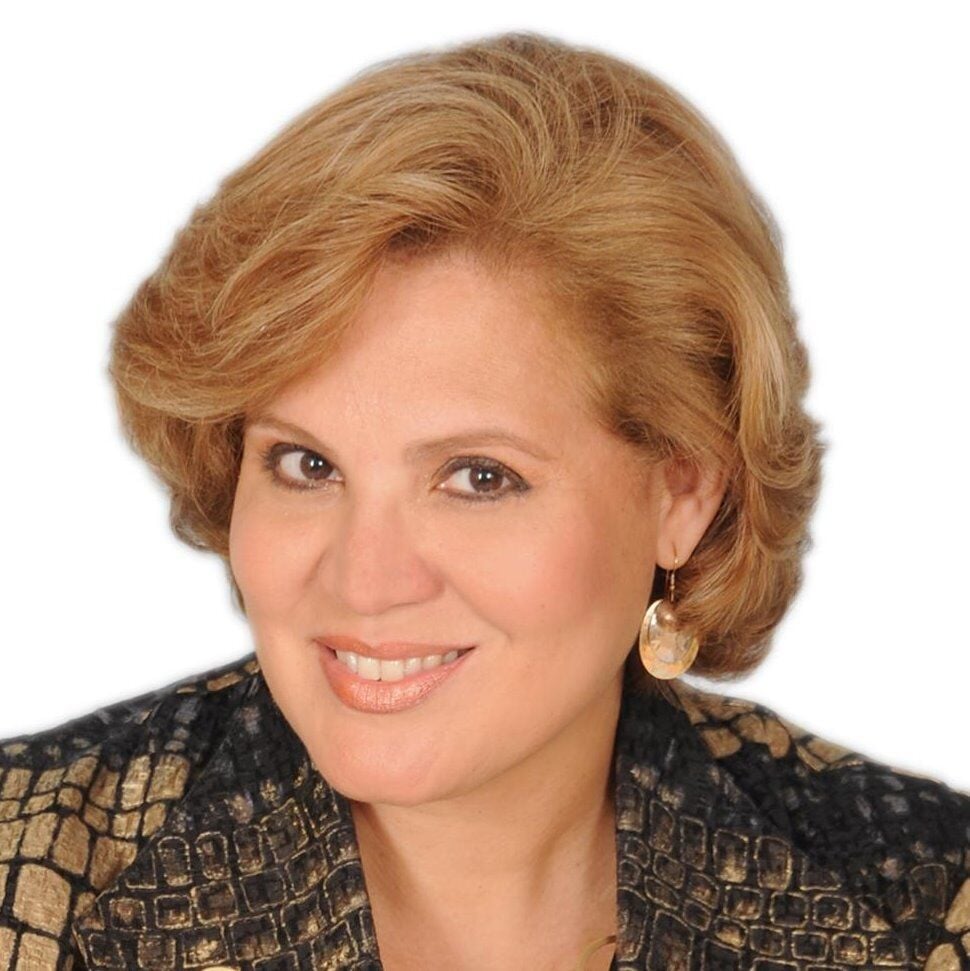 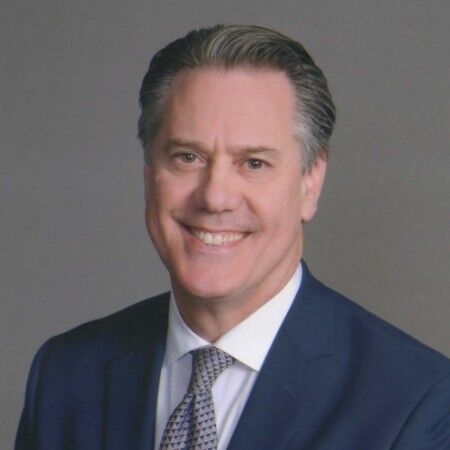 Brett Taylor, Director of Finance for the City of Wilmington

Wilmington City Council expressed concerns that the city's parking tickets cost both residents and visitors too much money, and at least one councilmember is calling for a revamp of the entire system, which she calls broken.

During recent budget hearings, Councilwoman Maria Cabrera first brought the issue up, asking whether the city has ever considered lowering parking ticket fees from $40 to a more reasonable $25.

"Wilmington is a poor city, and there's only three cities across the nation, unless anybody's raised their parking tickets recently, and they are affluent cities that charge $40 for their parking program," she said.

She pointed to nearby, much larger cities like Philadelphia, Baltimore, and Washington, D.C., all which have lower parking ticket fees.

"Nobody charges $40, so I do believe that we're doing ourselves an injustice in how we collect those funds when we're trying to ask for more, we're getting less." she said. "Cities that have lower parking tickets collect more of the revenue at the lower amount than at the higher amount."

"We just haven't issued it as a policy directive yet, and I'll leave that up to the mayor's office," he said. "It is something we have talked about; we recognize the same issue, but we'll have to have some more internal conversation regarding that."

John Rago, Deputy Chief of Staff for the mayor, said it's been talked about for quite some time.

"Lowering the citation fine has been under review since before the pandemic set in last year after which we suspended much of our ticketing system and placed the discussion on hold," he wrote in an email.

Wilmington issued a halt to towing and booting and the bulk of ticketing when the coronavirus pandemic hit last March. That halt continues today with the exception of towing for emergency situations, blocking driveways and police investigations, Rago said.

But a recent analysis by a coalition of groups investigating parking injustices in the city found that more cars were towed in 2020--while towing was halted--than in 2019 when it was in full swing.

The coalition sent the mayor's office a letter more than a week ago outlining issues and asking a series of questions about parking enforcement. Their letter noted the city made more than $55,000 in tow release fees despite towing supposedly having been halted with exceptions for emergencies for most of 2020.

The city has still not responded to the letter, and at the time, said:

"We’ll review the information and make sure it has been interpreted correctly and accurately. Once we complete that process (various city offices handle different parts of the information), we’ll determine what we can or should say," Rago told WDEL in an email.

"As you know, both Delaware State Code – Title 21 §4403 – and Wilmington City Code – Section 37-129 – requires the city or police department to notify, via registered mail, the owner of a vehicle that their vehicle had been towed, where it was being held, and how they could retrieve that vehicle. The city has also included a clause in its contract with the tow company requiring the tow company to provide such notification via certified mail. Can the city confirm that these laws and contracts are being followed?

We continue our request for a complete and thorough audit of the city’s ticketing, appeals, towing, booting, and collections systems."

At the budget hearing this week, Taylor said they're still working on a response to the coalition's concerns.

"We are collecting data on that very issue, and we're going to be releasing the information on that very shortly," said Taylor.

Taylor suggested some people may leave their cars in impoundment because tickets accumulated may be greater than the value of the car.

"We have a program, where if you call in to our offices, you could make a 50% deposit on the outstanding bill, and have a payment agreement going forward. So, we will continue to look at options for making it affordable for people to pay their bills, in general," said Taylor.

Cabrera, who years ago fought to get the city's current seven-year statute of limitations on parking tickets, said she was glad to hear about this payment program, but noted city practices around ticketing and towing remain predatory so long as city is reliant on them as a revenue source.

"I like what I'm hearing that we're willing to work with people, especially now in the situation that people are in, the fact that we're not ticketing speaks volumes, and I truly, truly appreciate that. But it doesn't change the sins of the past, I guess you could say, so we really have to do an in-depth look at our practices," she said during the meeting.

She noted the highest amount of tickets come from some of the poorest neighborhoods adjacent to downtown, including West Center City and the East Side. Cabrera called for a revamp of the entire system, noting its both predatory and serves as a hindrance for people to come downtown.

"They have to change. More people will come to Wilmington, want to live here, and do business, if we are a user-friendly city! That would increase revenue!" she said in a text.

Cabrera pointed to the city's towing contract with City Towing, which the coalition also highlighted among its concerns, as a root issue of some of the city's parking problems. The contract allows City Towing to keep and sell any vehicles it tows if they're not picked up within 30 days.

"These folks are getting a lot of vehicles, and the ones that aren't picked up they get to sell them. That's not revenue that comes back to the city. And even in COVID, in 202, it appears that there were at least 3,320 vehicles towed," Cabrera said.

A better method, Rob Johnson, a senior attorney with the Institute for Justice, which is part of the coalition, said would be the for the city to pay a flat monthly rate or a bulk rate for its towing services.

Several other members of council cited a need to dive deeper into allegations lodged by the coalition with discussion of creating several task forces. Among them, Councilman Cris Johnson, who chairs council's Finance & Economic Development Committee, who suggested a separate committee meeting or special task force may be needed to talk strictly parking. He called it a "balancing act."

"When we talk about parking...we want to encourage people to park legally, but we don't want to discourage them from coming to the city," said Johnson.

However, a task force was already started last year after a series of WDEL stories on parking issues in the city, including cars that were illegally towed from public property by a towing company that was not the city's official tower and did not have a business license to operate in the city.

Vice chair of the city's Finance & Economic Development committee Michelle Harlee was quick to point that out after taking the lead on these issues last year.

"There is a task force that has already gotten started and has collected a lot of data, so it would be nice if anyone that is trying to start another task force around parking to connect with the group that has already started that work," said Harlee.

"Ever since I got here, this seems to be the issue du jour. I think coming together and having a conversation about it is the right thing to do," said Taylor.

If Wilmington largely halted towing for most of last year during the COVID-19 pandemic, then…

Wilmington City Councilman James Spadola said he doesn't believe Wilmington Police has a quota system, but he's out to make sure one never forms.

Nearly a month after a coalition of community organizations lodged a series of complaints about Wilmington's parking systems, the city is refu…