Wilmington City Council unanimously passed a contract, negotiated by the Purzycki administration, that will finally bring body cameras to the police force.

The nearly $2 million, five-year deal with Axon Enterprises, based in Arizona, brings about 319 body cameras to Wilmington.

"The good thing is about this is they get replaced at two-and-a-half and five years at no cost to us, because we know, technology changes almost on a daily basis, and what's new today can be obsolete in a few years," said outgoing Councilman Bud Freel, who sponsored the legislation. 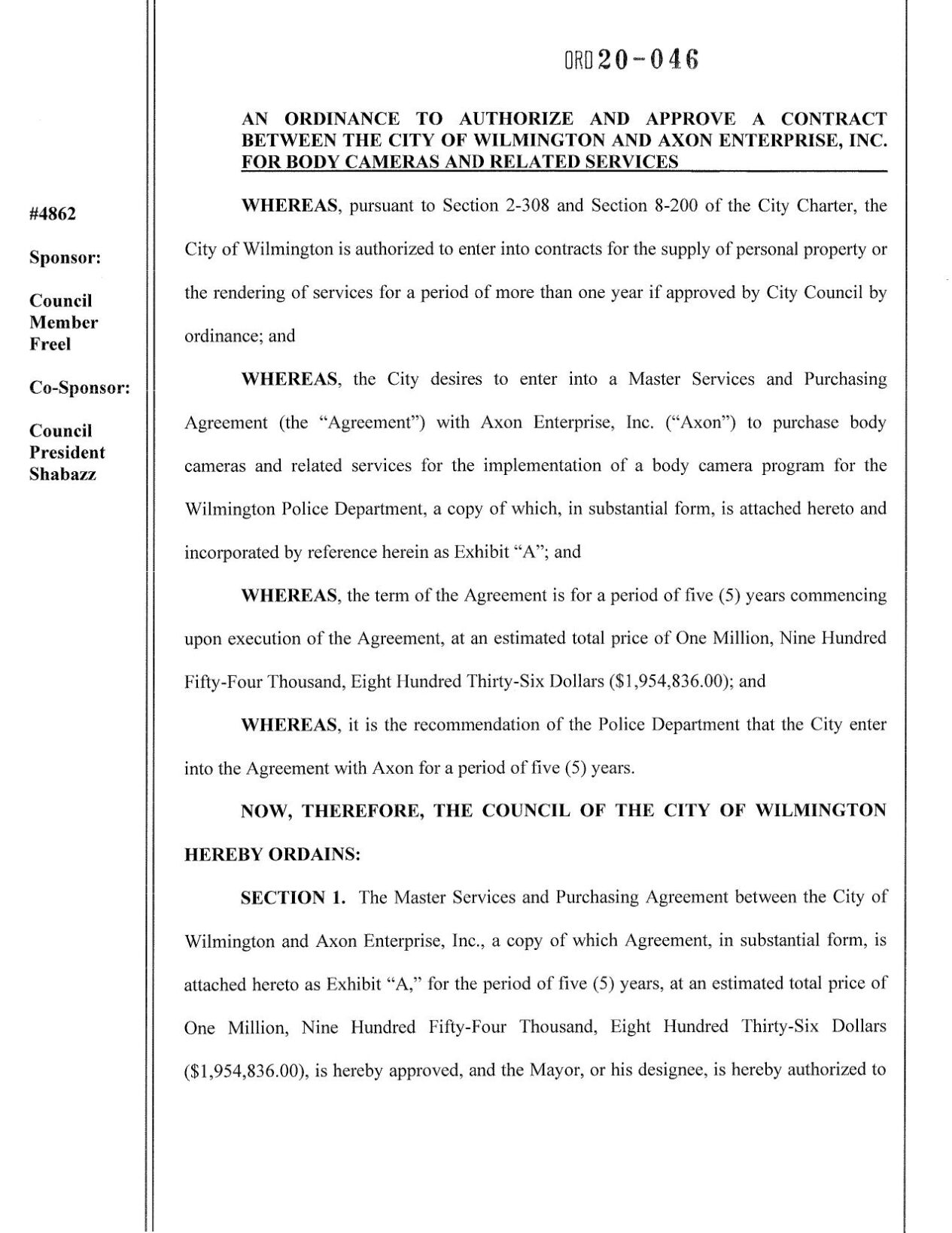 The contract includes cloud storage of video, a five-year warranty, and extra cameras in the case of defects. The $2 million will paid over the course of the five-year deal.

The contract approval from council came just hours after the city announced a $630,000 U.S. Department of Justice grant that will help fund the cameras. The grant came at pivotal point, Mayor Mike Purzycki said, as revenues dwindle due to the COVID-19 pandemic.

U.S. Senator Chris Coons wrote a letter to the assistant attorney general, dated May 15, in support of Wilmington's application for the grant, saying it would strengthen relationships between law enforcement and communities.

"The grant will equip law enforcement in Wilmington, which is Delaware's largest populated city, with efficient and effective technology to increase public confidence in fair policing and practices," he wrote. 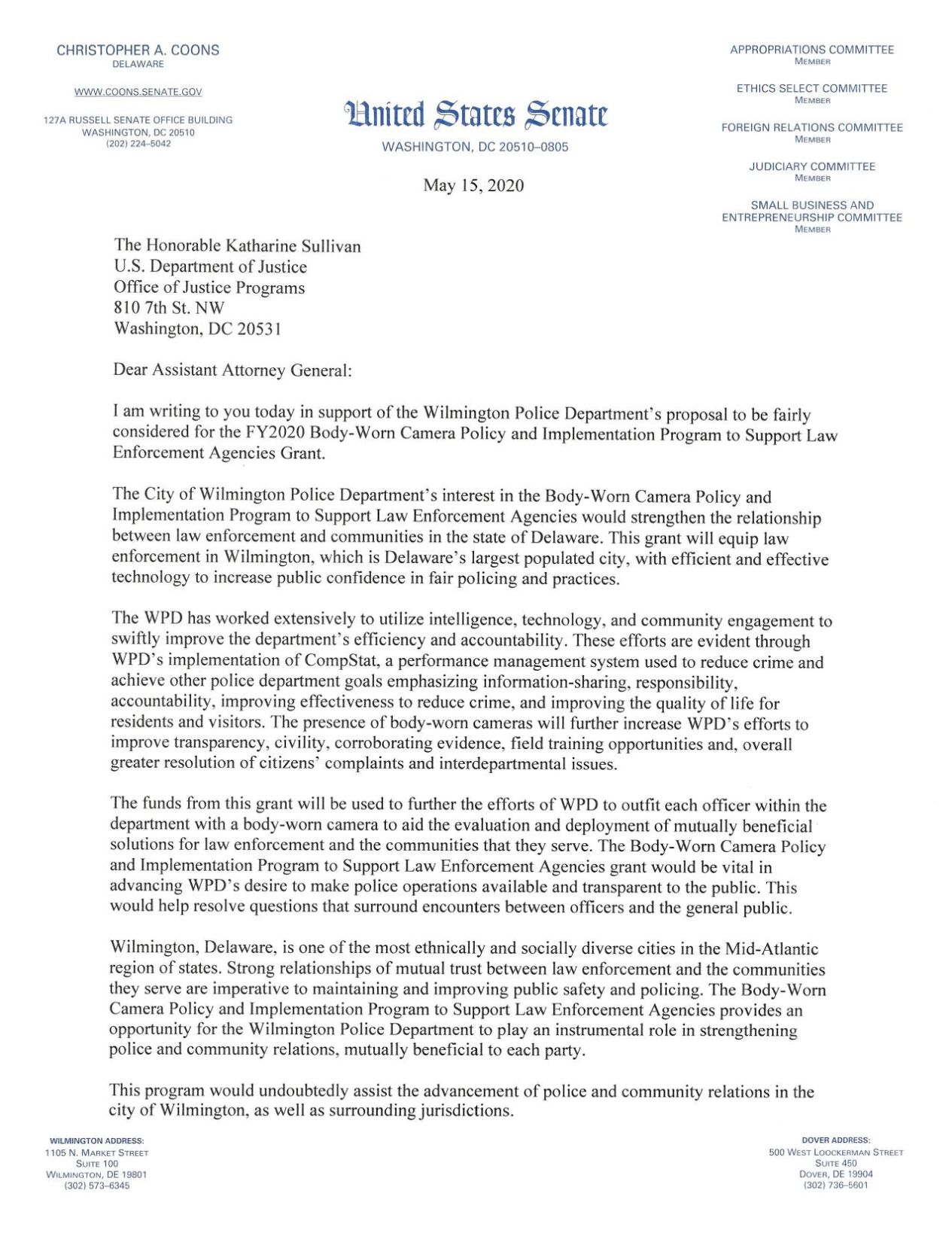 Earlier this month, Wilmington City Council allocated $400,000 in funding for the body camera program as well.

"This is historical, that we're finally going to have a body camera program," said Councilman Chris Johnson.

"We had certain individuals who were pushing to push this forward without waiting for the grant, so it would have cost taxpayers over $600,000, and we wouldn't have been able to receive the federal grant...this is a shining example of why we can't jump to the gun and we can't just waste taxpayer money; we have to be vigilant and seek out resources."

But next steps include a policy for implementation and accountability.

"We have to make sure it's done the right way, and officers are held accountable when they don't turn their camera on, when they lost their camera, or footage got lost, that stuff needs to be ironed out in the next few months," said Johnson.

The city said it's in talks with the Fraternal Order of Police Lodge #1 union about policies and forthcoming training.

"Watch what happens everybody once we all get to see the policy. Their object is to implement it without it being able to be looked at by everybody...it matters who can look at it. Some places, the public can see what's captured by the camera, some places they can't. This is going to matter. So I'm voting for this but the game ain't over yet--we've got some more details that haven't been addressed, and they're trying to do it in secrecy," he said.

The issue of police accountability and transparency is also a top priority for the state's new Law Enforcement Officer Accountability Task Force, established in the wake of the police killing of George Floyd in Minneapolis.

Wilmington Police received a $630,000 federal grant from the U.S. Department of Justice to s…