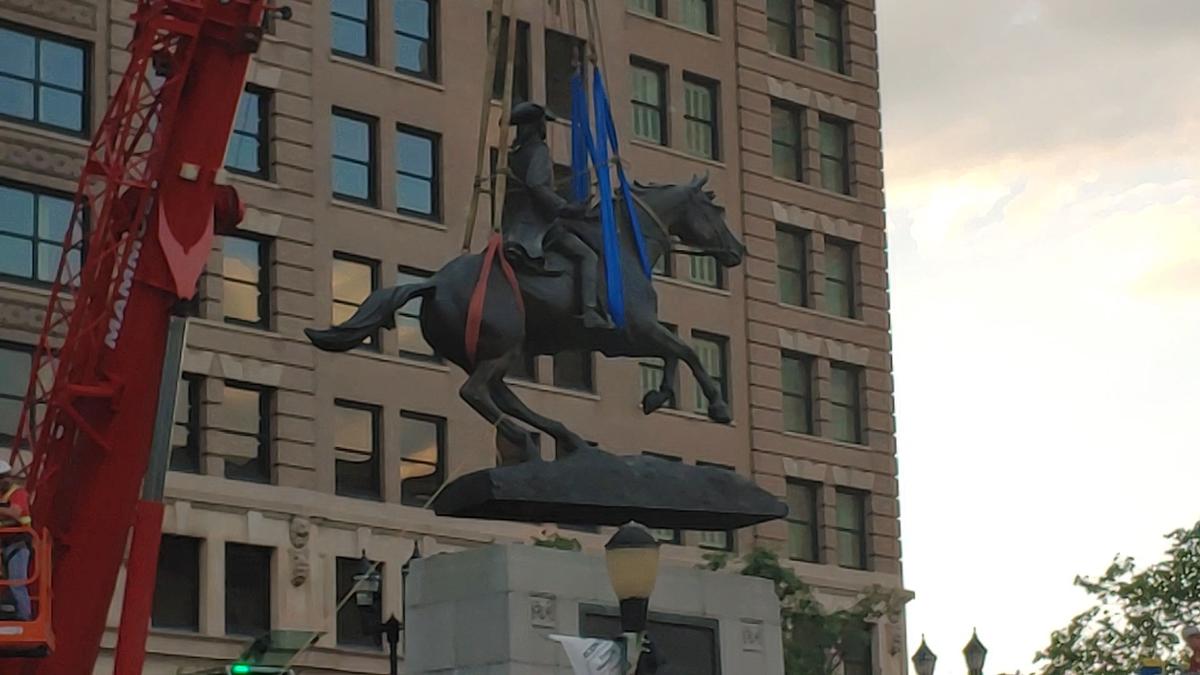 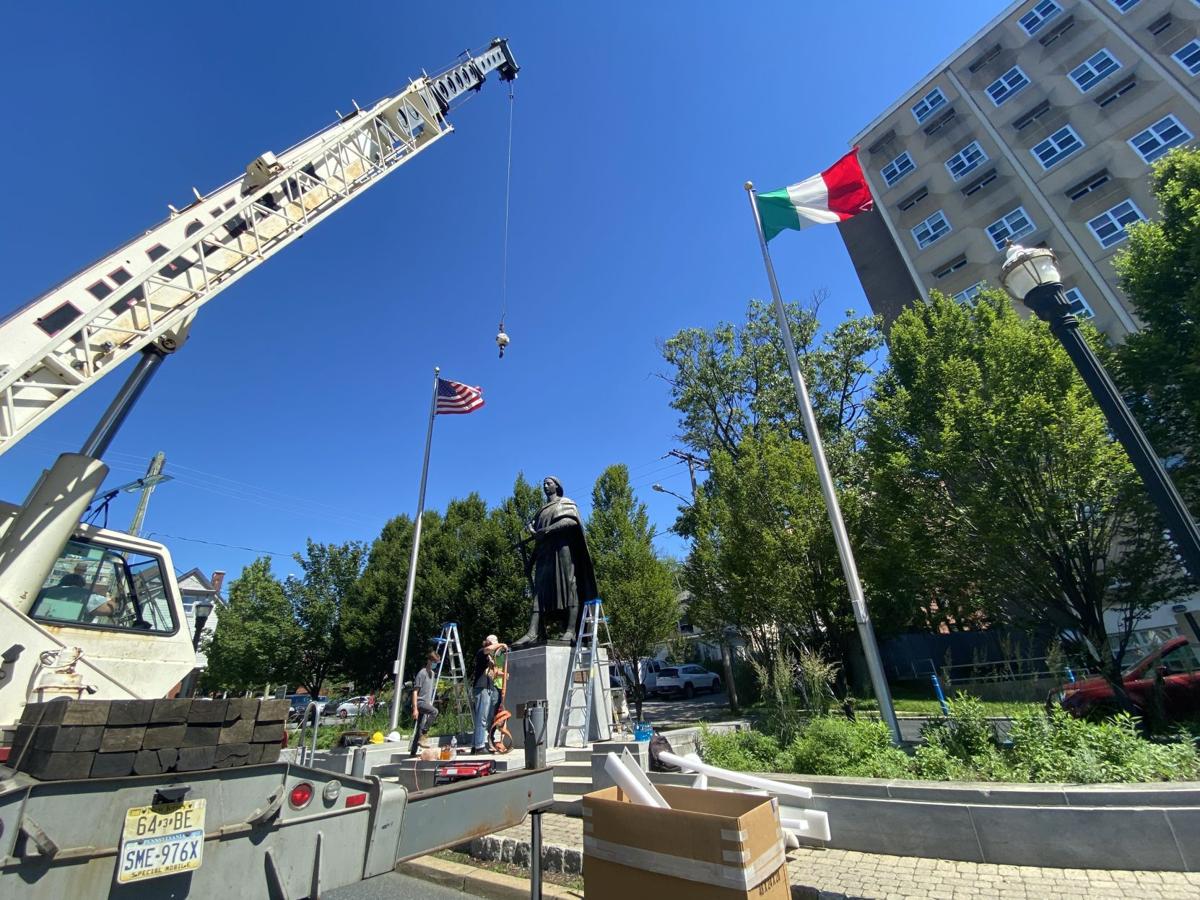 The City of Wilmington removed the statue of Christopher Columbus from its perch on Pennsylvania Avenue, where it has stood since the late 1950s, on Friday morning, June 12, 2020.

The 1,600 pound bronze statue was then transported away to storage.

Friday evening, they turned their attention to Rodney Square, there the statue of Caesar Rodney was removed from its perch atop the monument at the park named in his honor.

In a prepared statement, Mayor Michael Purzycki said the statues are being removed and stored so there can be an overdue discussion about the public display of historical figures and events.

"We cannot erase history, as painful as it may be, but we can certainly discuss history with each other and determine together what we value and what we feel is appropriate to memorialize,” said Purzycki.

City officials acknowledged they've been monitoring social media posts which indicated individuals or groups could target the statues for vandalism or attempted removal.

Joe Sielski is with the Facebook group 'It's Time to Remove the Columbus Statue' (Wilmington, DE).

"It's time to review who we consider as heroes with a much more truthful perspective."

In an interview earlier this week with NBC 10, Sielski indicated if the City didn't take action, others might.

"I would rather give the City the chance to have mature conversations and do this the polite way," said Sielski, "instead of just crashing in on the statue with a bunch of hammers."

“We can determine together how we should proceed as a City when it comes to public displays," said Purzycki.

"In this period of awakening for our City, State, and country, we should be listening more to each other and building a more just City and a better America.”

'Yes, we're free, but we don't have all of our freedoms' | Juneteenth takes on new meaning this year

For the first time, state, county, and city offices closed to mark Juneteenth, a day that's taking on new meaning amid civil unrest with the B…

Nearly ten months after statues of Christopher Columbus and Rodney Square were removed from their Wilmington perches, their futures are back o…