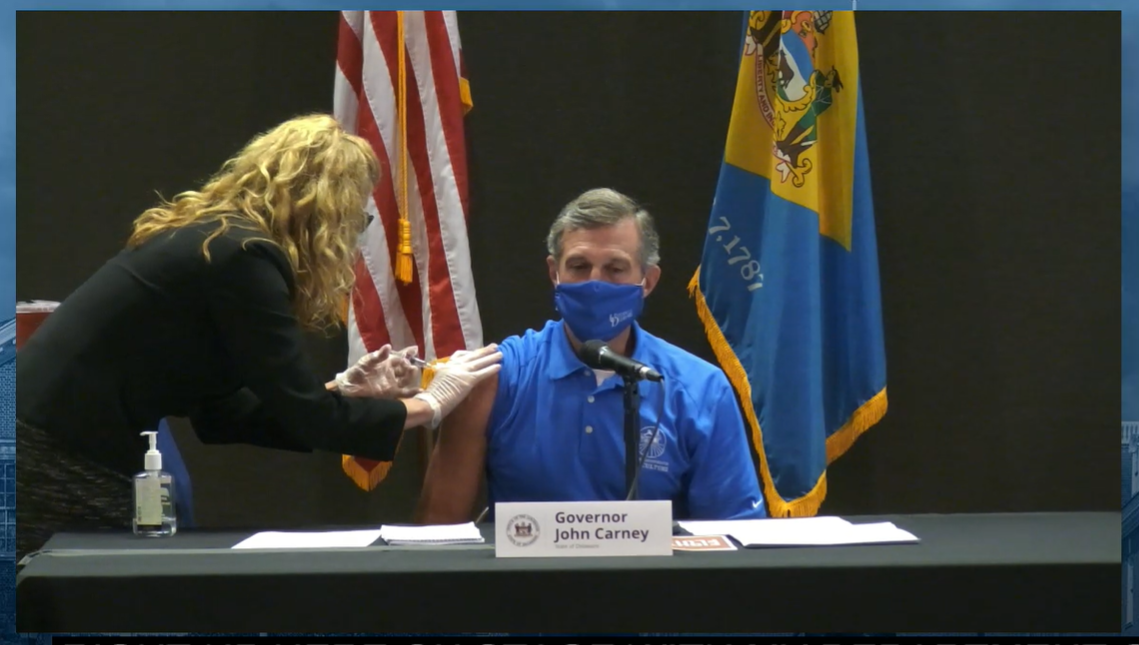 "Flu season has officially started in Delaware, and we have launched our enhanced communication and awareness campaign called Fight Flu Delaware."

Still in the middle of a pandemic that's seen increasing cases and an uptick in the average percentage or persons testing positive for novel coronavirus COVID-19, Delaware officials hope to get a jump on the coming flu season so it doesn't compound an already bad situation.

Dr. Karyl Rattay, Director for the Division of Public Health, said the campaign will focus on grassroots efforts to reach citizens with the message that, this year, it's more important than ever to ensure individuals receive their flu vaccinations.

"Last year, we had more than 7,000 Delawareans who got the flu, nearly 400 were hospitalized and 11 died," Rattay said. "Every year, when we get to the peak of our influenza season, our healthcare systems are maxed out. They are full. And so, with COVID with us this year, it's incredibly important that we all do absolutely everything we can to prevent bad flu season for us."

Director of the Delaware Emergency Management Agency AJ Schall explained that the state is seeing its first reduction in maxed-out PPE stores, with gloves being difficult to come by currently as manufacturers who shut down in the summer months due to COVID have struggled to catch back up on production. And this shortage arrives at a time where the pandemic has moved in generally positive trends.

"The dependency and the number of requests that are coming in is not what we saw in April, May, and June. So that's showing us that the medical community, that first responders and others, are having a higher level of success filling their own orders," he said. "However, we still want to prepare for the fall, and when we see the surge...In terms of what we have in the stockpile, this isn't to say that we don't have these gloves available. These are gloves that are not generally used by the general public, but more by first responders, healthcare workers and the like."

The state has also been dealing with addressing a recent outbreak of COVID-19 in several long-term care facilities, including Kentmere Rehabilitation and Health Care Center in Wilmington, Cadia Health Care in Silverside, and Country Rest Home in Greenwood, according to Rattay.

In each of those locations multiple residents and staff members have recently tested positive for the virus. The source remains under investigation, but none have been open for in-person visitations, so it's not an outsider bringing the virus to the facilities. Lack of PPE is also not currently a concern, she said, but it does show locations that remain vulnerable to the greater threat, and need to take precautionary steps toward protecting the overall health of the community.

"We are really, really hoping and praying that we have a very, very, very mild influenza season," Rattay said. "Not only because we need to protect our healthcare system. But the reality is, if you get either one of these infections, you may have an increased susceptibility to get the other. So this double whammy could be very problematic for individuals who who get either, or both, infections."

She stressed getting the flu vaccine won't prevent you from getting COVID, and the symptoms of the two viruses can look very similar, but it will lower a risk for more severe illness, decreases a potential need for hospitalization, ad significantly reduces the chance of death due to influenza.

Anyone over six months of age is encouraged to get their flu vaccine, especially those in high-risk categories.

The state has partnered with health care, faith-based, and community partners for their campaign, which will bring community flu clinics to the following locations:

"We are really strongly recommending that people get their flu vaccine before the end of October," Rattay said. "It takes a good two weeks for you to become protected after you get the flu shot, so the earlier you can get it, the better."