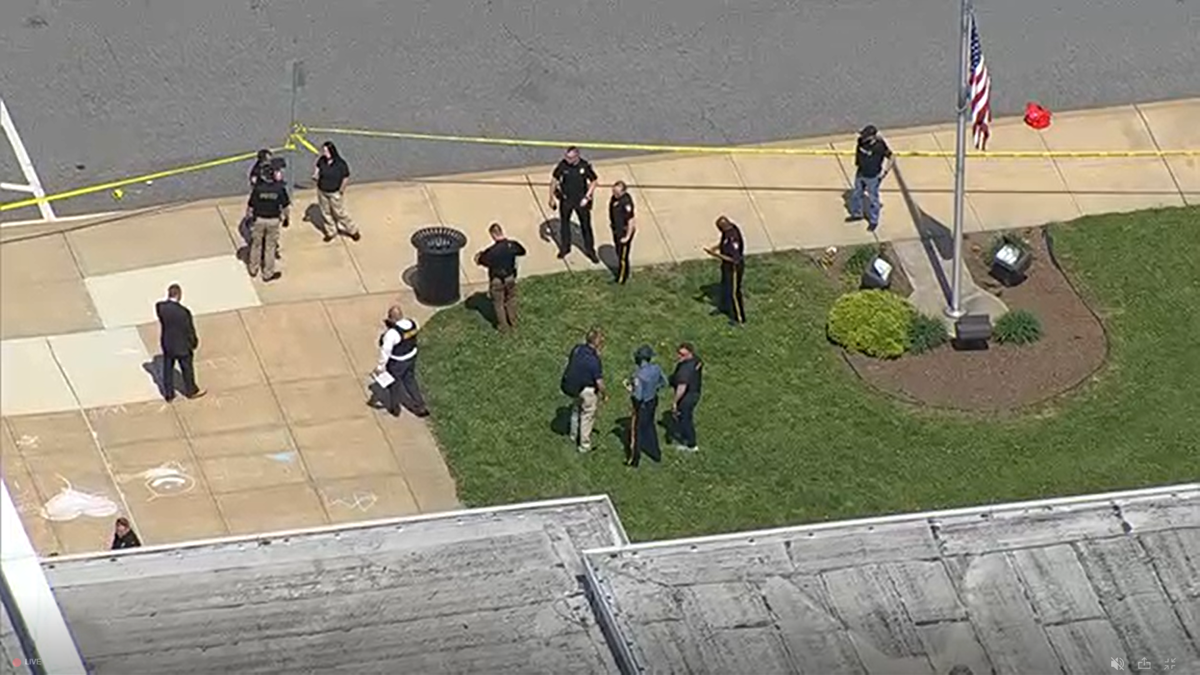 A woman, who was shot and killed in the parking lot of the Smyrna Middle School Tuesday morning was not a school employee, according to authorities.

"The argument escalated in the parking lot outside of the school at which time the male shot the victim," said Delaware State Police Cpl. Jason Hatchell.

The school resource office arrived within minutes and located the victim on the ground. She immediately rendered first aid and CPR until EMS could arrive. The victim was pronounced dead at the scene, according to police.

The suspect subsequently lost control of his vehicle and crashed into a tree in a wooded area near Galena, Maryland, according to Delaware state Troopers.

The suspect was airlifted from the scene and is being treated at a Maryland hospital, according to Delaware State Police. The extent of the suspect's injuries aren't known at this time.

While the victim's identity has not been released, Lt. Brian Donner confirmed during Tuesday's news conference that she is not a school employee. It's unclear why the two were in the school's parking lot.

Donner said the relationship between the suspect and the victim remains under investigation.

"They are family, but we are still working on ironing out exactly what the relationship is," said Donner.

While authorities said the investigation is in its early stages and ongoing, Superintendent Patrick Williams said all students were safely accounted for after the shooting and there's no active threat to the public.

"When parents called on an individual basis, we worked with our school resource officers...to accompany students over to the high school for parent pick-up. And then for mass dismissal at the middle school and all of our schools we implemented those at real-time, normal time, and the middle school actually dismissed from the high school, again accompanied by staff supervision and our SROs.

Smyrna students were already planning to attend school virtually Wednesday as the day is a regularly-scheduled deep-cleaning day for the district. Williams said counseling would be made available to students and families who need it.

"It's tough. The whole community's going to be shook--there's no doubt about it. This is a small, close tight-knit community. A lot of the community-type of events are organized through the school district so it hits extra close to home because of that. People are going to be shook for awhile, there's no doubt about it. This is not common to have this happen every day for sure," said Lt. Donner.

Police are responding to reports of a shooting of a woman in a Smyrna school parking lot, bu…