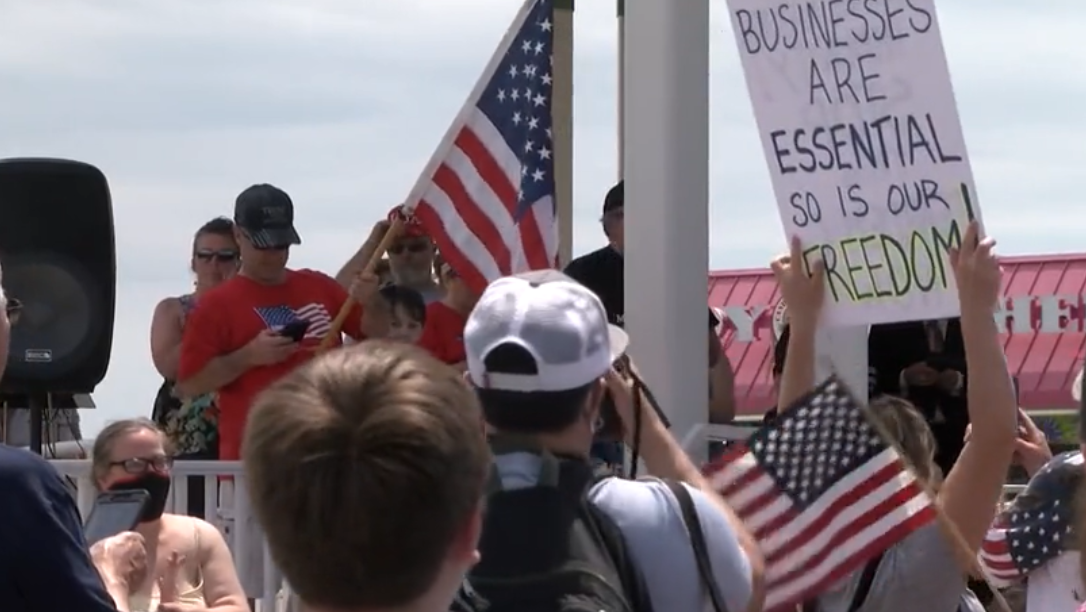 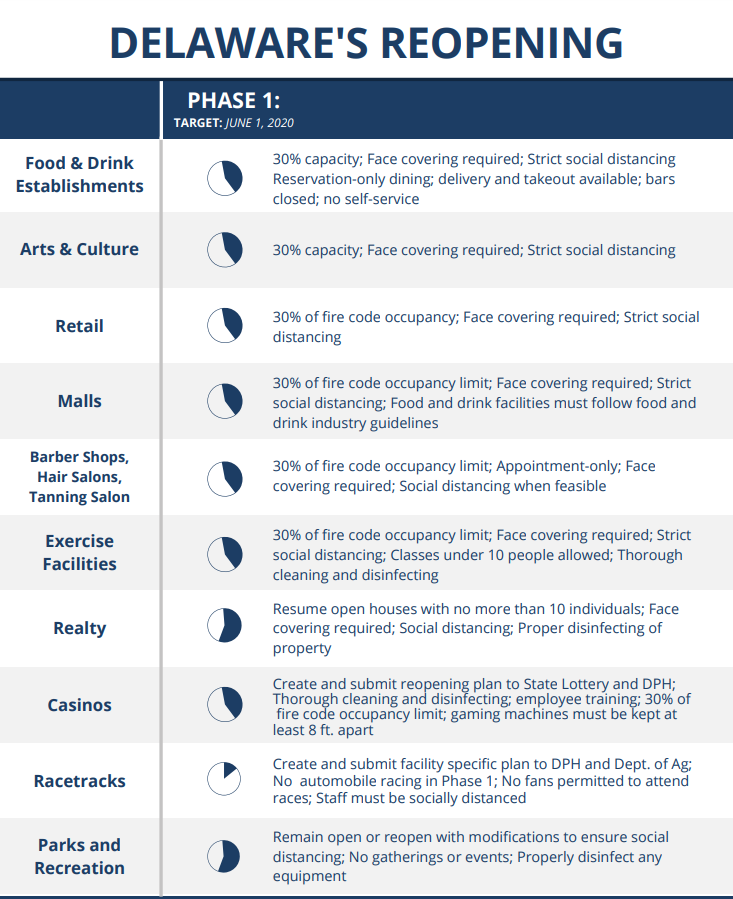 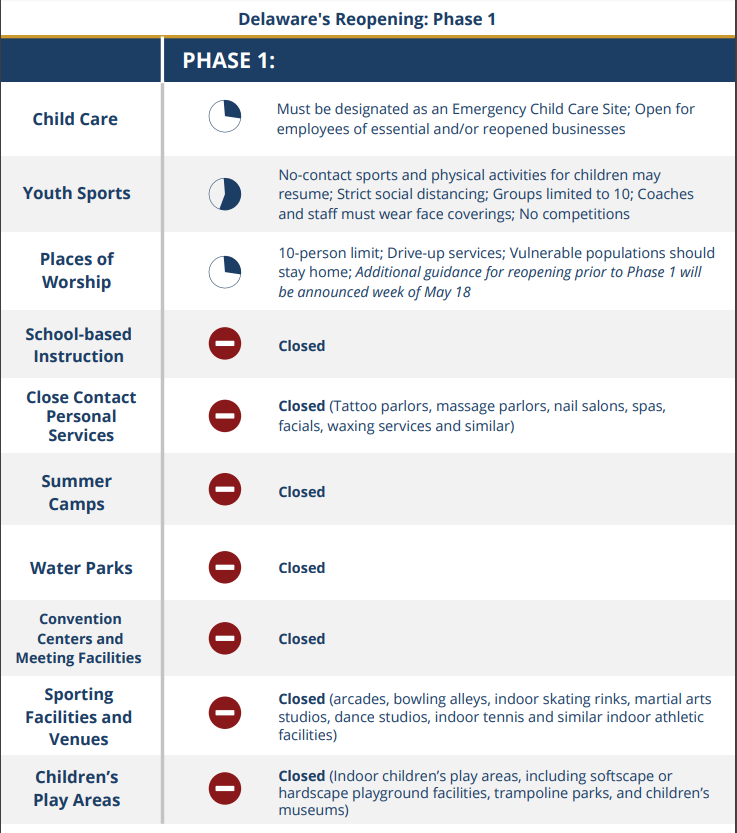 On the 80-degree, sunny day in Rehoboth, many of the protesters weren't wearing masks nor were they practicing social distancing. The protest occurred on the same day Delaware saw the most death from the virus, 15, in a single 24-hour period. At least 65 percent of Delaware's deaths from COVID-19 have resulted in persons from long-term care facilities; Eighty-nine percent of persons who have died had underlying health conditions.

"We're not going to rest until Delaware's fully reopen, and after that, we're going to make sure Governor Carney is held accountable," Richard Bishop Sr., organizer of Reopen Delaware, which held the peaceful protest, told WRDE-TV.

Phase 1 which is slated to begin June 1, allows several sectors of business to reopen, including restaurants at 30 percent of their fire code capacity, with mask wearing and social distancing in place.

Last week, Governor Carney announced beaches would reopen--for Delawareans only--on May 22 at 5 p.m., in time for Memorial Day weekend. A 14-day quarantine for out-of-state residents remains in effect along with a ban on short-term rentals. Police will be patrolling popular routes near the beach, the governor said.

"It's impossible--with the size of our locations down here and the amount of our rent being on the beach--and they want to restrict us to having like eight to 10 machines inside of an arcade. Number one, that's no fun. Number two, I could never pay my bills like that," Weiner told WRDE-TV.

Those not in support of the rally called for mask wearing and more social distancing, asking protesters to consider other people's health.

"If you don't want to wear the mask, then don't go out into the public," said Anna Krouse of Newark.

Bishop said the rally is about supporting businesses of all kinds--those deemed essential and those deemed non-essential.

"You turn around there's people shopping, getting candy, souvenirs, T-shirts, there's a jewelry store, down the way, that's been open this entire time, this is what it's all about," said Bishop.

Previous rallies have been held in Wilmington and Dover.

Hundreds of people gathered on the lawn in front of Legislative Hall in Dover on Friday, May…

'We want our freedom back': Delawareans grow frustrated over shutdown, plan to protest

Members of a Facebook group called Delawareans Against Excessive Quarantine, which has more …

'Not the time for pool parties': Delaware prepares for Phase I of reopening, but officials caution to maintain safety protocols

Delaware is readying itself to reopen on June 1, 2020.

Beaches will be open in time for Memorial Day.

A rainbow light display illuminates the night sky in the West Village near The Stonewall Inn, birthplace of the gay rights movement in New York. The light installation was presented by Kind snack foods to mark what would have been the 50th anniversary of the NYC Pride March, which is cancele…